Jason Schappert is a man on a mission. 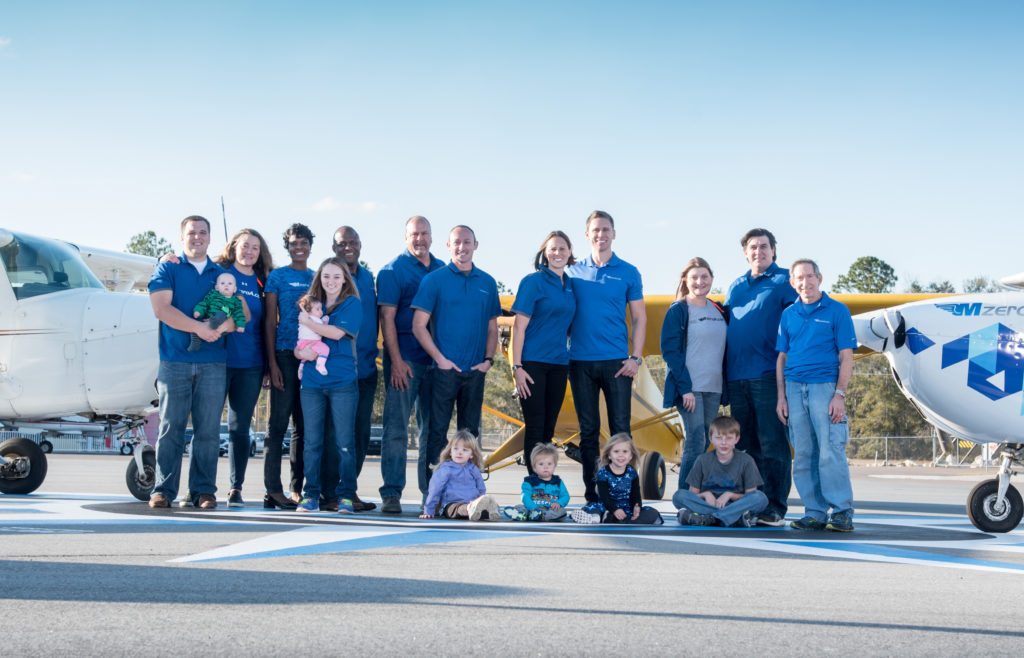 As the CEO and face of a highly successful online piloting school, known as MzeroA Ground School, Jason Schappert has gained international acclaim, accolades from the aviation community and a slew of awards. Inc. Magazine even named the Ocala-based company to its annual Inc. 5000 List, which highlights inspiring entrepreneurs by ranking the fastest-growing private companies in the country. The list focuses on the U.S. economy’s most dynamic segment—independent small and mid-sized businesses—and has helped companies such as Microsoft, Dell, Timberland, LinkedIn, Yelp and Zillow gain early exposure.

Through their video-based training, MzeroA reaches thousands of individuals who wish to explore their passion for flying and fulfill their dreams of becoming a pilot.

“We are one of five online ground schools in the world,” explains Jason, who founded the company in 2006 with his wife, Ashley. “We provide the instruction, test prep and curriculum you need to succeed. We work with about 1,300 students a month. In addition to the coursework, we are mentors to our students. Every week, myself and the team are interacting with our customers, answering questions or providing encouragement. Our goal is not just to have you pass your test. Our goal is to create a safer, smarter pilot and save you time and money in the process. We are your concierge and see you through to the end.”

Part of that concierge service is having Larry Diamond serve as a medical consultant and answer questions about conditions and medications that can keep you from passing the FAA medical evaluation. In addition to holding a Doctor of Pharmacy degree, Diamond is both an author and flight instructor. He first became involved with the company while working with a student on how to take off and land on grass. 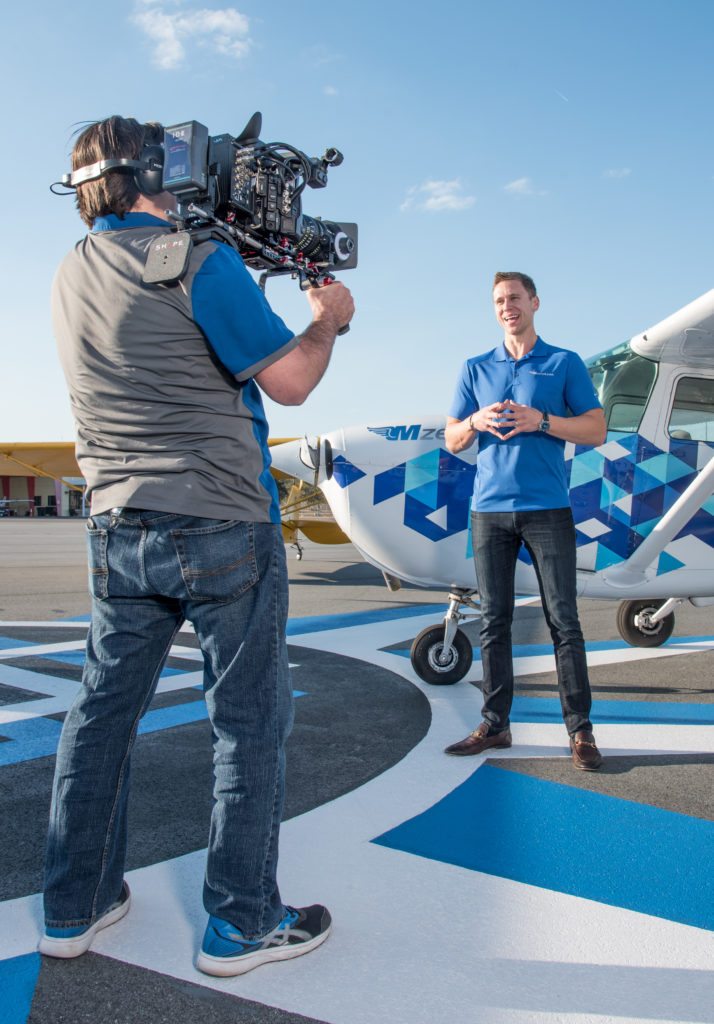 “He wasn’t getting the landing part,” Larry recalls. “I went online and searched ‘soft field landings,’ and up came the MzeroA website. I found this four-minute video of Jason landing on Captiva Island. He had cameras on the inside and the outside of the airplane, which show exactly what is happening. I showed it to the guy and a half hour later he landed on grass perfectly. The videos are made to be not too long or too short. I call it the Goldilocks length, because they’re just right. The students see it, understand it and can refer back to it when they’re actually flying. Jason also has really great books, so I recommended them to anyone I was training, which helped me achieve a 100 percent pass rate with my students.”

“We have a very high success rate,” Jason echoes. “We have a ‘pass your checkride (the final FAA exam) or we’ll pay for it’ guarantee. I’ve always believed that if I want to find success, I have to make others successful. That goes for my customers and my team.”

That success is something the team derives a great deal of satisfaction from.

“We have trained about 15,000 pilots through our Remote Pilot 101 course,” Director of Operations Matt Krysiak offers. “The last figures for the FAA written tests was 28,000 in total, and we trained 15,000 of those, so that’s pretty cool.”

Cool indeed, but perhaps what makes the company even cooler is the dynamic culture the Schapperts have created.

“We try to have a fun, laid-back environment,” Ashley shares. “We’ve even implemented half-day Fridays, so we can get out early and go fly or just have some fun outside.”

The company’s Director of Maintenance Russell Loving​, who is featured in the Maintenance Mondays video series, is a seasoned aircraft mechanic who not only oversees MzeroA’s planes but is also developing a new Maintenance Course. Loving praises the culture.

“It’s not your typical organization,” he explains. “It’s really fun, and it’s different every day.”

Ethen Chaffin, who oversees customer service, credits the in-house child care as a determining factor in why he chose to work at MzeroA.

“When I had my first child, I had a job where I had to travel a lot,” he recalls. “I realized I wanted to be home, so to be able to bring my kids to work with me any day of the week and sit down to lunch with them is more important than anything to me.”

Chaffin believes part of the company’s growth is a direct result of this benefit.

“Jason, Ashley and myself can really accomplish so much more knowing that our kids are being well cared for and [that we are] able to see them throughout the day.”

Further growth, including a new headquarters, new course offerings and expansion into new markets, means that MzeroA is searching for talent to join their team, from flight instructors and customer support staff to a dynamic graphic designer.

“We know there are a lot of talented people here in Ocala, and we want to find them,” Jason offers. “There are many things we can teach. What I can’t teach is a love of aviation. We want individuals who have a zest to get up every single day and love what they do.”