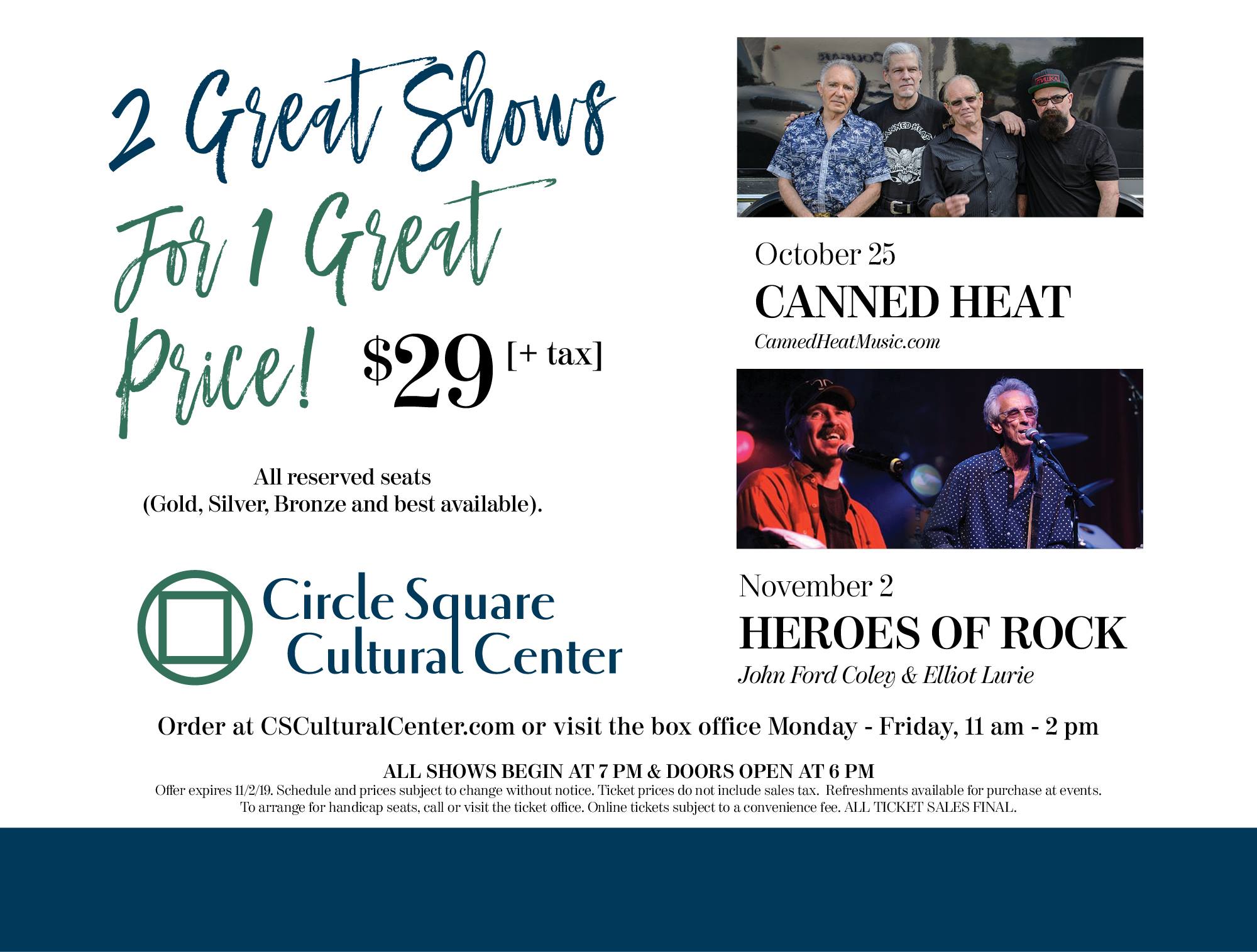 Canned Heat attained three worldwide hits, “On the Road Again” in 1968, “Going up the Country” in 1969 and “Let’s Work Together” in 1970. These recordings became rock anthems throughout the world with “Going up the Country” later being adopted as the unofficial theme song for the film Woodstock and the “Woodstock Generation.” They have been anchored throughout the past fifty years by the steady hand of drummer/band leader Adolfo “Fito” de la Parra. Joining “Fito” is original bassist Larry “The Mole” Taylor and New Orleans legend, Dale Spalding on harmonica, guitar and lead vocals. John “JP” Paulus handles guitar, bass and vocals. For more information about this act, visit www.cannedheatmusic.com.

John is most-revered as half of the Grammy-nominated duo, England Dan and John Ford Coley. Reminisce to great iconic hit songs: “Love Is The Answer”, “Gone Too Far”, “I’d Really Love To See You Tonight”, “We’ll Never Have To Say Goodbye Again”, “Nights Are Forever Without You”, Soldier In The Rain”, “Come Back to Me”, “Sad To Belong”, “Simone”, “Westward Wind” and “Part of Me, Part of You”.

John continues with an active roster performing the platinum and gold record hits for audiences around the world. Classically trained on piano and an avid guitarist, John loves the craft and enjoys every audience he encounters.

Elliot Lurie of Looking Glass scored the #1 smash hit “Brandy (You’re a Fine Girl)” off their debut album in 1972. Lurie went on to a long and successful career as a music supervisor for films and is responsible for the soundtracks to films like 9 ½ Weeks, The Last of the Mohicans and Jumping Jack Flash.