Auditions for the drama “Silent Sky” 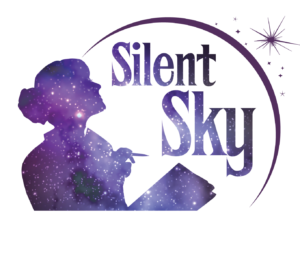 REHEARSALS
January 28 – March 6, 2019
Monday through Friday evenings from 7:00 p.m. to 10:00 p.m. at Ocala Civic Theatre. Please bring to auditions a list of potential conflicts with rehearsals.

ABOUT THE SHOW
In the early 1900s, Henrietta Leavitt leaves her traditional life as a clergyman’s daughter and goes to work for the Girls’ Department of the Harvard Observatory. She and two other brilliant women, Annie Cannon and Williamina Fleming, aren’t allowed to touch a telescope, only assigned to map the heavens for their male colleagues. One of them, Peter Shaw, seems fated for a star-crossed romance with Henrietta. Meanwhile, back home in Wisconsin, her sister Margaret is balancing life as a wife and mother with a blossoming career as a composer of symphonies. Lit with a luminous beauty, this inspiring drama is based on the true stories of extraordinary women who reached for the stars.

• Henrietta Leavitt: A brilliant astronomer. Meticulous, excited, fiercely smart, curious, energetic, restless for change. Hard of hearing from a youthful illness. In her 30s.
• Margaret Leavitt: Henrietta’s sister. A homebody, creative, sweet. Stays behind to take care of everyone. More traditional than her sister. A talented musician. In her 30s.
• Annie Cannon: The department leader. Terse and sure. Kindhearted despite her sharp manner. Grows into a firebrand who fights for women’s suffrage. In her 40s.
• Williamina Fleming: Shares leadership of the department with Annie, who is also her dear friend. Smart as a whip, good-humored and fun, likes to tease. Scottish. In her 50s.
• Peter Shaw: The head astronomer’s apprentice. A bit bumbling, but secretly full of romantic enthusiasm. Harbors hidden passion beneath an awkward exterior. In his 30s.

AUDITIONS
Actors will be asked to read selected scenes from the script at auditions. It is only necessary to attend one night of auditions. No experience is necessary. Newcomers and theatre veterans alike are welcome and encouraged to audition. If you are unable to attend the scheduled auditions, please contact the Theatre at (352) 236-2274 about making a separate appointment.

Copies of the script are available at the Theatre and may be checked out from the box office for one week with a $10 refundable deposit. Box office hours are Monday through Friday, 10:00 a.m. to 5:30 p.m. Please call (352) 236-2274 before coming to make sure a script is in stock. If you check out a script the week before auditions, you must return it by 5:30 p.m. on Friday, January 18.

Rehearsals begin January 28 and will be held Monday through Friday from 7:00 p.m. to 10:00 p.m. at Ocala Civic Theatre. Please bring to auditions a list of potential conflicts with rehearsals. There will be 11 public performances from March 7-17, 2019.

ABOUT THE DIRECTOR
Fred Mullen most recently directed “Tom, Dick, and Harry” at Ocala Civic Theatre. Since 1977 he has been involved in more than 100 OCT productions as an actor, director, stage manager, and set designer. Directing credits include “The Champagne Charlie Stakes,” “Death In England,” “The Foursome,” “Footsteps of Doves,” “Sylvia,” “Ralphie and the Star-Maker,” and “Spreading It Around.” Favorite acting roles include Tevye in “Fiddler On The Roof,” King Arthur in “Camelot,” Don Quixote in “Man of La Mancha,” Norman Thayer in “On Golden Pond,” Nunzio in “Over The River and Through the Woods,” Angus in “The Drawer Boy,” Sigsbee Scruggs in “Sigsbee,” and Colonel Pickering in “My Fair Lady.”