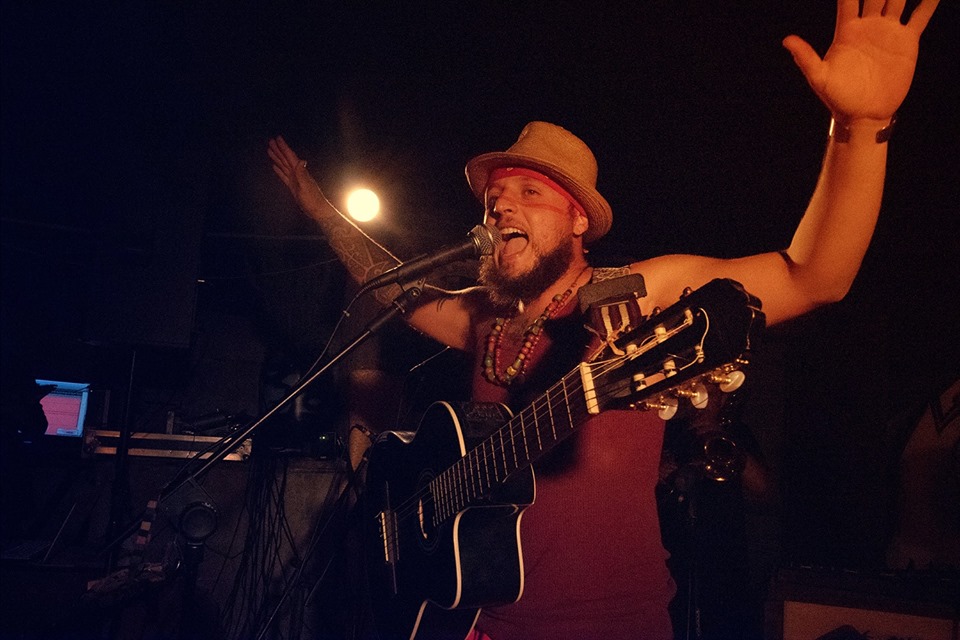 Food is available from a select food truck as well as from the Summer BreakSpot program (free for kids 18 & under). Beer and wine will also be available for purchase. Visit local vendors and have fun at the Ocala Recreation and Parks recreation vehicle.

Each concert in the series features a local non-profit organization working to create art accessibility in our community; tonight’s featured non-profit is The Art Army of Ocala.

DOCTOR NATIVO
Guatemaya’s Doctor Nativo is one of Central America’s most exciting new talents. His music layers Mayan spirituality, social activism, and folk wisdom over a propulsive sound combining reggae, cumbia, hip hop, and pre-Columbian instruments. His debut album, Guatemaya, (due out September, 2018 on Stonetree Records) is a call for social justice for his country’s indigenous majority.

Doctor Nativo (real name: Juan Martinez) grew up in Quetzaltenango, Guatemaya. In 1990, during the bloody, cold-war era Guatemalan civil war, Nativo’s father, Arturo Martinez was assassinated along with five of his friends. Nativo’s childhood, which began so happily came crashing down. One of his earliest memories is working as a “DJ” when he was as young as five at his dad’s restaurant, “El Copetín” turned tragic.

“At ‘El Copetín’, there was always music playing, Salsa, Reggae, Boleros, Cumbia,” Nativo explains. “Music was the only escape from the horrors of the civil war that consumed the country for over three decades. My dad was very charismatic and compassionate; he was always ready to help people. He had friends among the Guatemalan guerillas and would often let them use the restaurant for their meetings, sometimes they would even come to the house for food and water because we always had supplies from the restaurant.”

By the age of fifteen, Nativo had left school and had taken up the life of a traveling musician. After busking his way through Europe, India, and Latin America, life brought him to Cuba (the country of his father’s birth),to study at the Escuela Nacional de Arte in Havana. Eventually he settled in Barcelona, where he played music in the street, every day, for years, and found his voice through direct contact with the people.

In 2010, Nativo returned to Guatemaya, where he attended his first Mayan ceremony and discovered his nahual (Mayan animal spirit), beginning an intense spiritual journey. Two years later, Nativo took a 16-hour ride through mountains and jungle to meet with producer and Stonetree Records founder, Ivan Duran, at his studio in neighboring Belize. After playing song after song for hours, the recording process began then and there.

The result is a whole new chapter in the music of Central America and Stonetree Records. Guatemaya marks the first direct release to the U.S. market from the legendary, independent label that brought Andy Palacio, Aurelio Martinez and other Garifuna greats to the world. For full bio and information, visit www.doctornativo.com