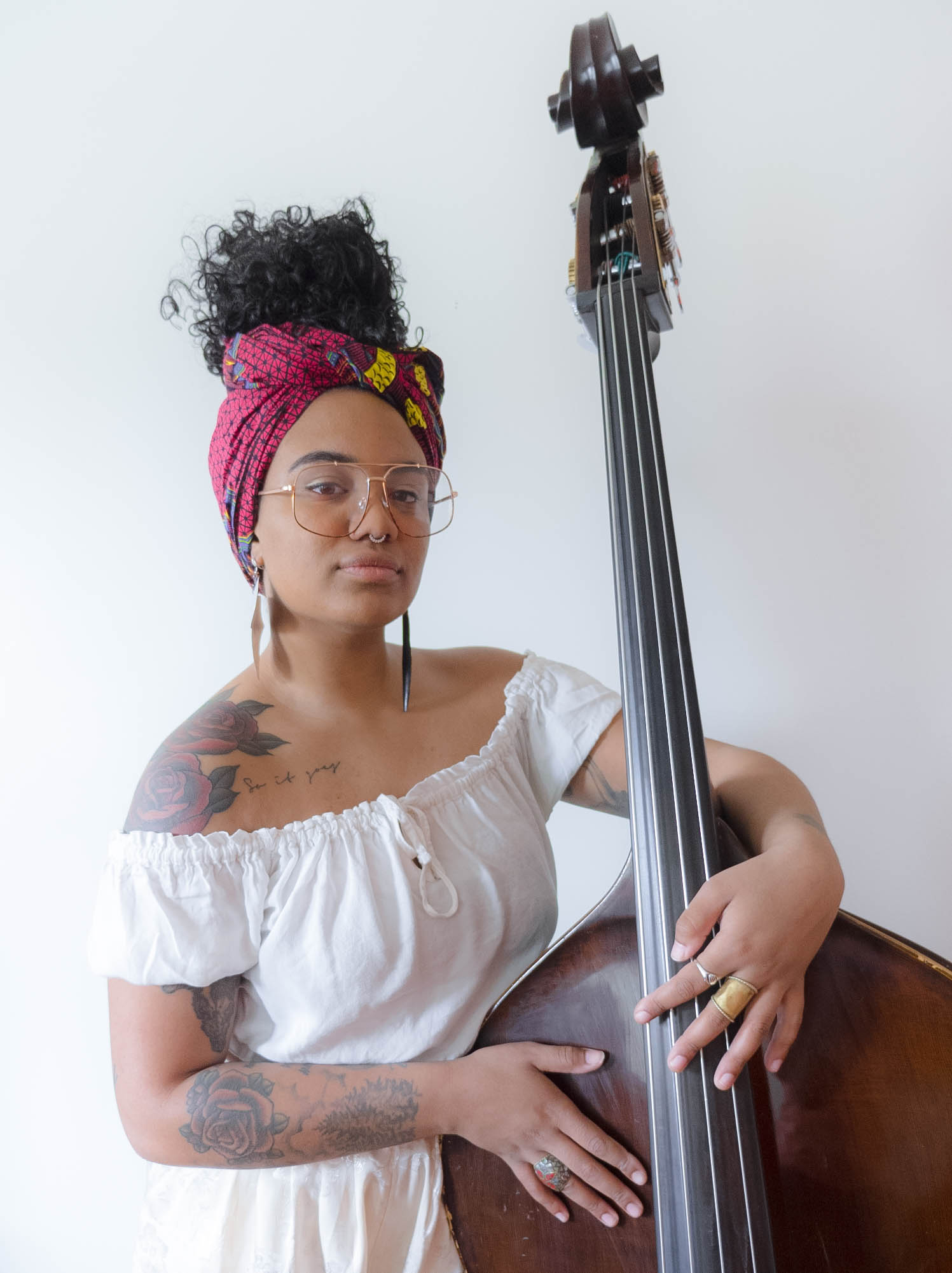 The performance is free. Please bring your chairs and blankets. Food is available from a select food truck as well as from the Summer BreakSpot program. Beer and wine will also be available for purchase. Visit local vendors and have fun at the Ocala Recreation and Parks recreation vehicle.

Each concert in the series features a local non-profit organization working to expand cultural arts and understanding in our community; tonight’s featured non-profit is the Dr. Martin Luther King, Jr Commemorative Commission, Ocala

More information is available at www.levittamp.org/ocala or contact Ocala Cultural Arts at 352-629-8447.

HEADLINING ARTIST: TONINA
Tonina is an independent singer/songwriter, bassist, music journalist and poet from St. Louis, Missouri who performs her original music along with her arrangements of covers in both Spanish and English.

Tonina comes from a family of music lovers that exposed her to many music styles, from funk, soul, and jazz to classical music. She was born in San Diego, California but raised in St. Louis, Missouri from black and Sicilian backgrounds. All these components have given her an unparalleled musical scope playing many different genres yet making each her own. Her sense of rhythm, melody, and her extraordinary voice and song interpretation, make her performances a thrilling experience for all listeners. For more information about Tonina, please visit www.iamtonina.com.

OPENING ARTIST: MIRANDA MADISON
Miranda’s love of song and performance began early. Her mother and father, both musicians, encouraged her to sing and dance as a young child and she was drawn to a plethora of musicals like Cabaret and West Side Story, as well as timeless jazz artists like Louis Armstrong and Ella Fitzgerald and her vocal style has been compared to that of Norah Jones and Eva Cassidy. She has continuously grown to appreciate the artistic talents of many but mainly those who are from a past era.

During her most recent musical journey as the “Vintage Songstress,” Miranda is determined to pay tribute and give credit to those who have contributed to the music industry but have mostly gone unrecognized. “The vast majority are unaware that before Peggy Lee, and later Warner Bothers’ sultry character Jessica Rabbit popularized ‘Why Don’t You Do Right’ the song was a nitty gritty, blues song composed by The Harlem Hamfats. There is a rawness and an essence to the song originally titled ‘A Weed Smoker’s Dream’ that you rarely get to hear on the radio.” Just a single example out of many that can be heard during Miranda’s performances. Her shows can be considered an educational journey through music’s past. For more information about Miranda Madison, visit www.mirandamadison.com.