An Ocala sprinter hopes to represent Team USA in the Paralympic Games in Tokyo this August. 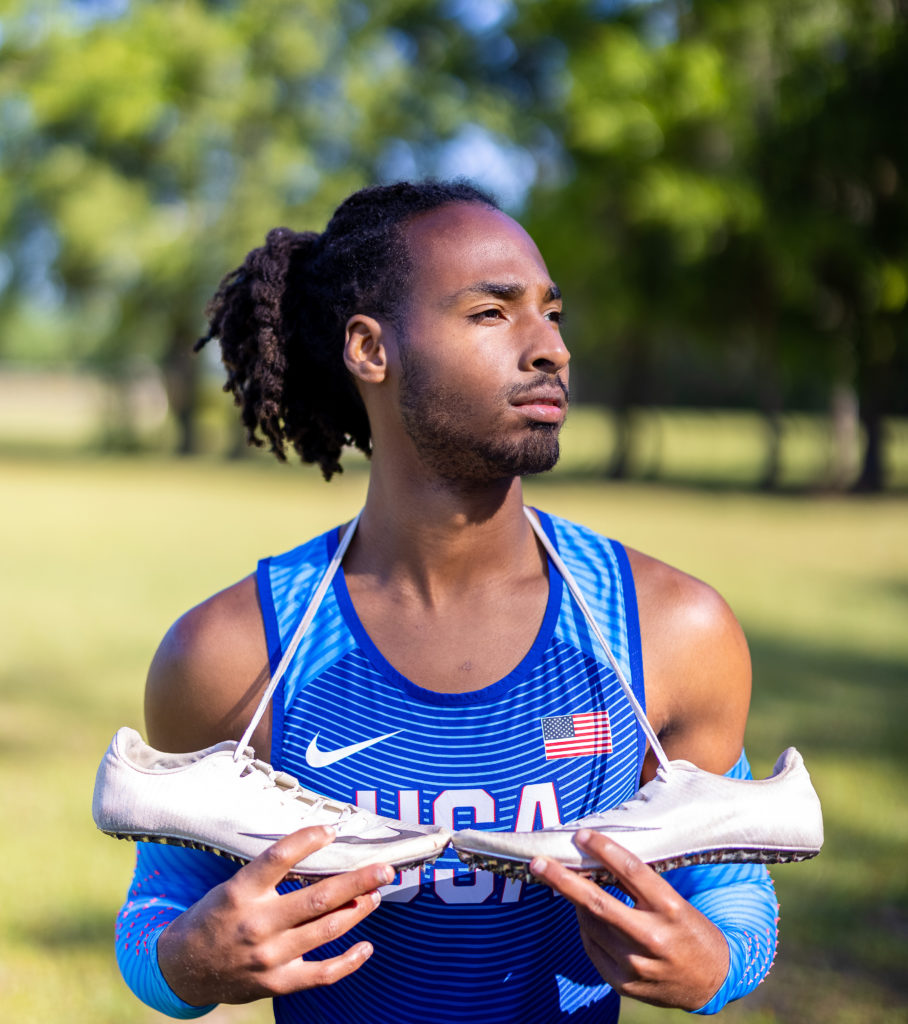 Sports have always been a big part of Marshall Zackery’s life. The 27-year-old has fond memories of growing in up in northwest Ocala: running around the neighborhood, playing basketball games at the end of the street and football games in the field next to the church. Although Zackery suffered a traumatic brain injury at just two months old, the resulting partial vision loss and cerebral palsy never slowed him down.

“When I was little, I used to run through the neighborhood. They never played me like I had a disability,” he says of the other kids. “I always had to play like them if I wanted to play with everybody. I’ve always been fast, but I never took it seriously until I got to high school and played organized sports.”

In high school, Zackery’s path separated from his neighborhood friends. His mother, Marsha Carpenter, made a difficult but important choice for her middle child: She enrolled him in the Florida School for the Deaf and Blind (FSDB) in St. Augustine.

“It was hard for me, and every Sunday I had to pack him up and let him go off on the bus,” Carpenter recalls. “But I realized that it was more important for him to get what he needed in terms of the resources available to make it an even playing field for him. And I think that made him more well-rounded, more independent and certainly to be able to problem solve and be able to adapt.” 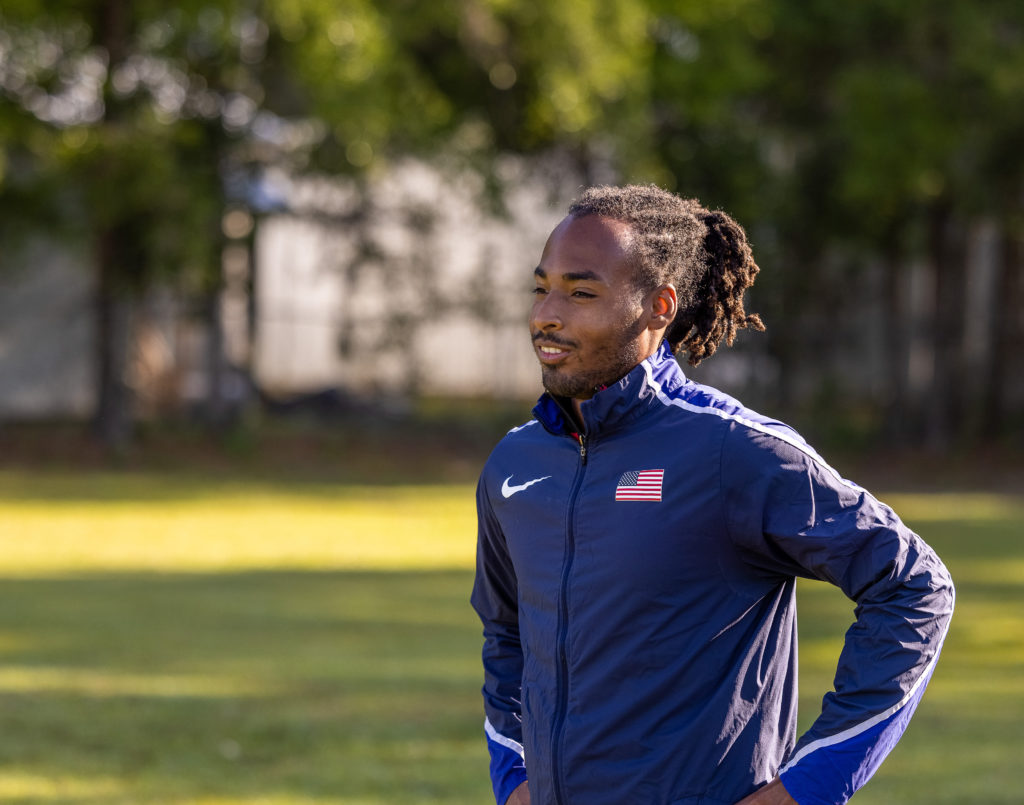 Zackery quickly and easily made friends at FSDB, joining the basketball team his first year.

“My mom says I’m a social butterfly, but really I’m not,” he says with a smile. “I played basketball and it got me exposure to everybody. I would get on the basketball court; that’s where everybody could find me.”

Besides his natural speed and agility, Zackery stood out on FSDB’s basketball team for a surprising reason.

When that first basketball season ended, Zackery’s coach encouraged the players to find a way to stay in shape during the off season. A lot of his friends ran track, so Zackery tried out for the team. 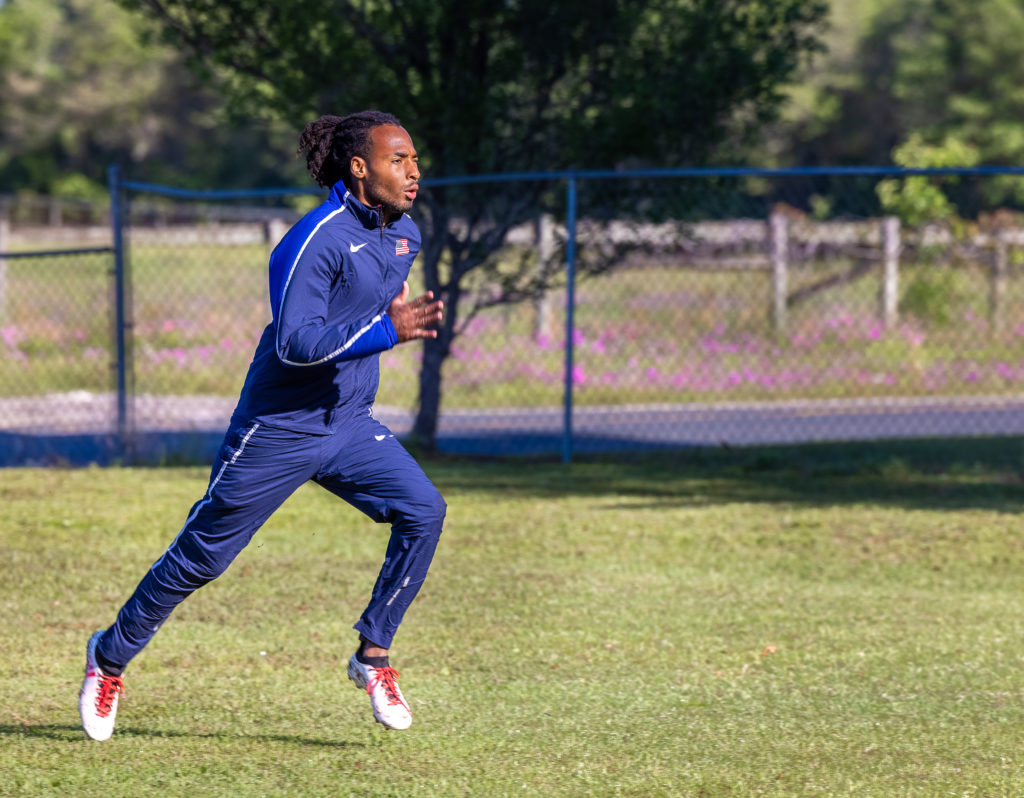 After graduating from FSDB with his high school diploma in 2011, Zackery returned home to Ocala and attended the College of Central Florida (CF). Just a year later, he decided to take a break from school to help his family care for his sick grandmother.

And he did. By 2017, Zackery was back in college at CF, often working out at a gym near campus. That’s where he met the two men who would ignite his Paralympic dreams.

Regas Woods, a Paralympian and world championship bronze medalist in the long jump, and his coach, Tony McCall, just happened to be working out at that same gym at the same time. They noticed Zackery and struck up a conversation, which ended with an invitation to the field where they trained.

“That was pretty much it,” McCall remembers. “He was excited and really interested. I sat down with his mom and we talked about the possibilities.”

So, at age 23, the college student who hated track in high school suddenly found himself training for the Desert Challenge Games in Arizona. 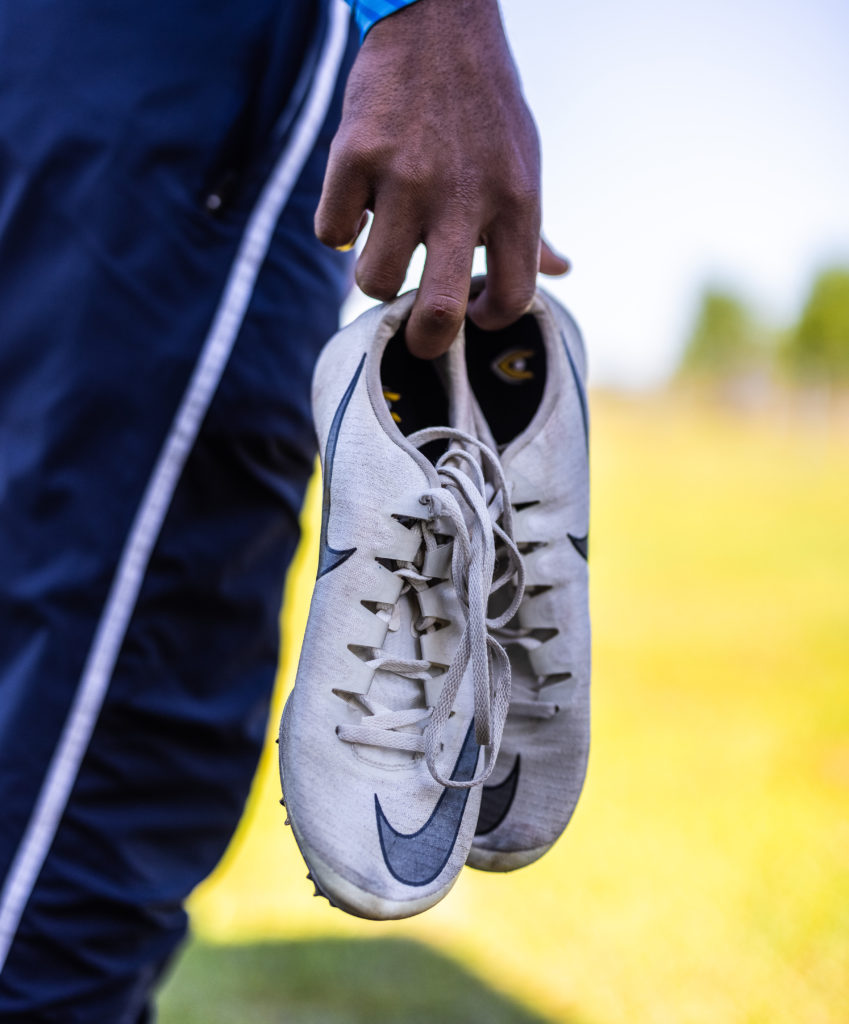 “It was my first Paralympic event and my first track meet since 2011,” Zackery remembers. “My coach was like, go out there, focus on what I taught you but just have fun. I lined up in the blocks and from there I just focused on the race. At the finish line, I looked up and I saw Regas and everybody hopping and jumping. They were like, ‘Man you did it!’ It felt great. It just took off from there.”

Luckily for Zackery, he was already used to training independently most days, following Coach McCall’s workout guidelines, sending videos for feedback and checking in by phone regularly.

“I trust him to do what I ask of him,” McCall says, “because I know how bad he wants it. He’s figured out his own way to modify his workout to get what I want out of the workout with the tools and resources he has available to him. And I know he trusts the process that we created. He never missed the beat as far as being ready to run fast.” 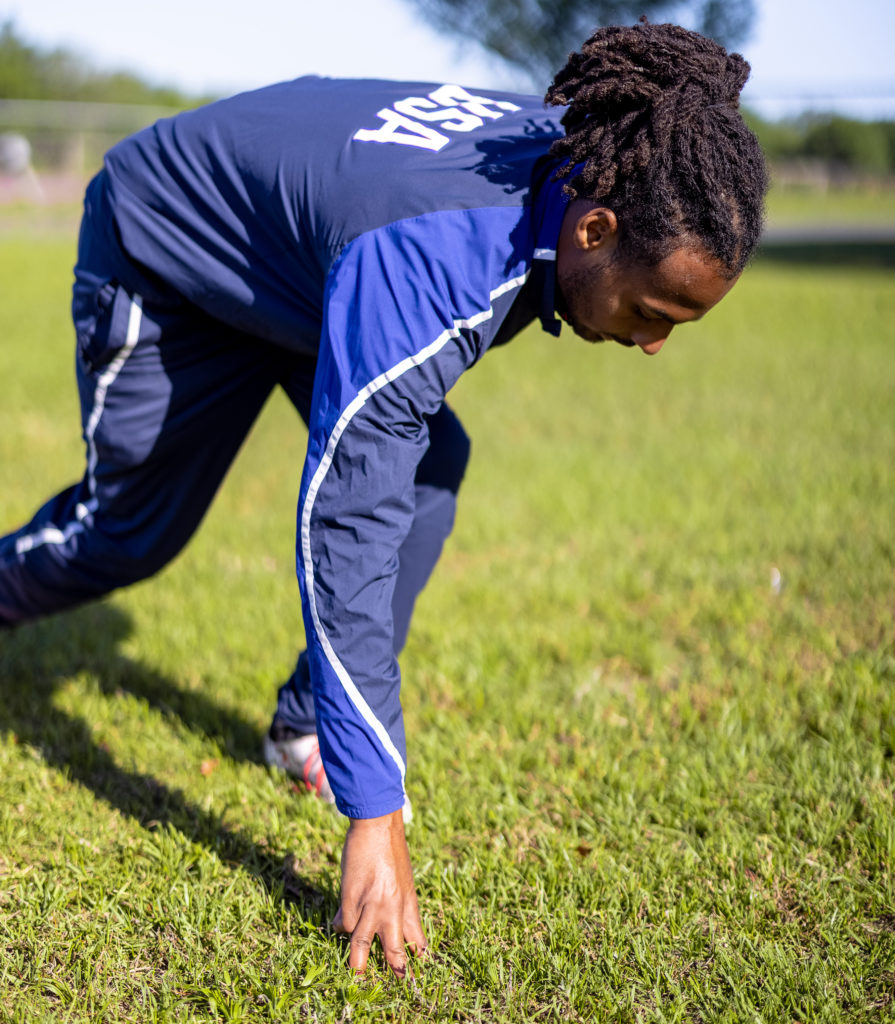 On June 20th, Zackery will find out if he has a spot on Team USA for the Tokyo Games. That’s the last day of the Paralympic trials, held in Minneapolis from June 17th-20th.

His coach has no doubt he will run fast enough to be a contender for a coveted spot on the national team to represent the U.S. in the 100-meter and 200-meter races.

“I know for a fact that he will be the fastest American coming out of the trials,” McCall declares. “I believe he has a realistic shot at getting a medal.”

In 2019, Zackery graduated from CF with his associate’s degree. He plans to return, earn his bachelor’s degree in psychology and pursue a career as a counselor. But first, he wants to see how far his legs can carry him.

“I’m just going to run until I can’t run anymore and then get my degree and get a job,” he says.

His mom and his coach have no doubt he’ll accomplish anything he decides to do. 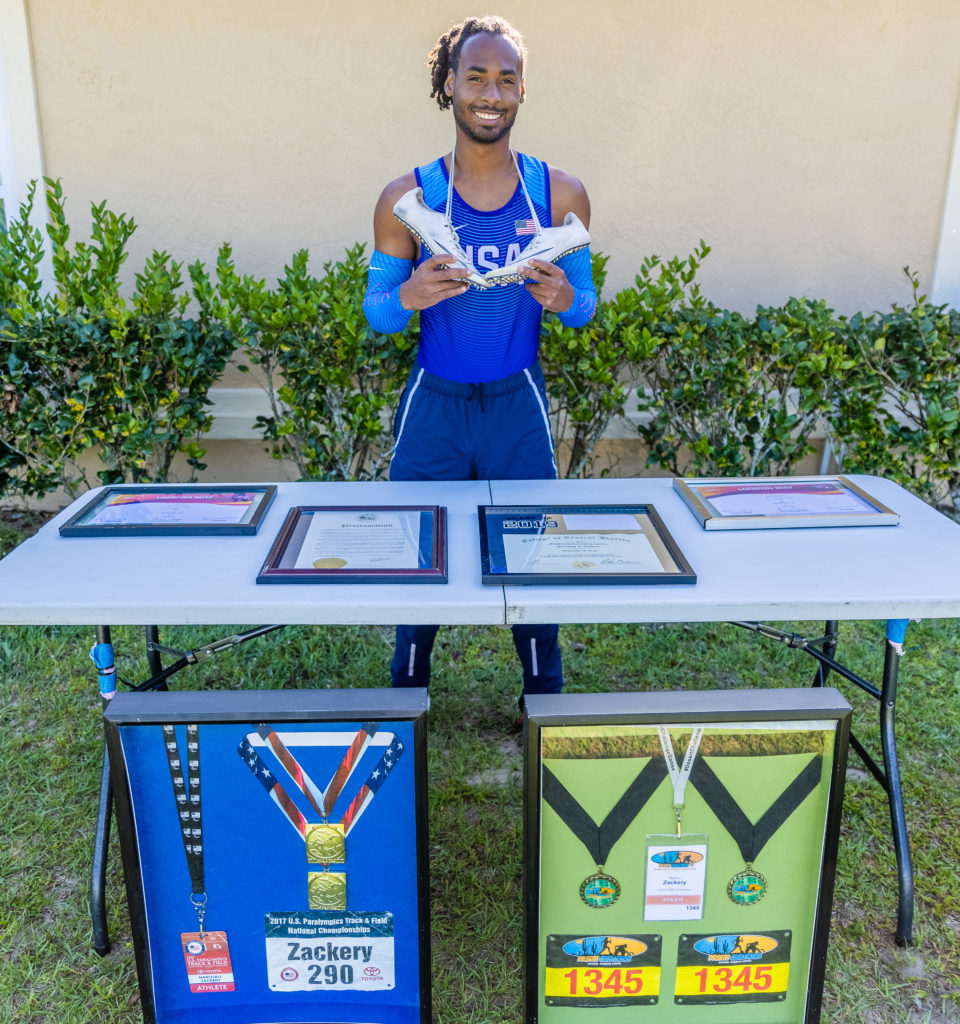 “I believe Marshall will go on to use this platform to do great things in the community, being better off for having competed at the highest level,” McCall says. “I feel like his mom did a great job of raising him and not shielding him but basically giving him the confidence that he can do whatever he wants to do.”

“He’s always had an attitude that he can do anything,” Carpenter says. “There are several things I’m proud of as a mom. I’m proud that he is a well-rounded human being that has empathy for others, that he is a caring human being, that he thinks of others rather than being selfish. I’m proud that he has not allowed abilities to limit him, that he’s taken on every challenge and tried to make the best of that situation. I’m proud of him for not giving up—for always persevering and being able to come out on top. Even when people say, ‘You can’t,’ he says ‘Yes, I can.’ That’s what I’m most proud of—that positive attitude.”

Zackery says that, with the help of McCall, he’s learning to “live in the moment” more, enjoying the opportunities that running offers. 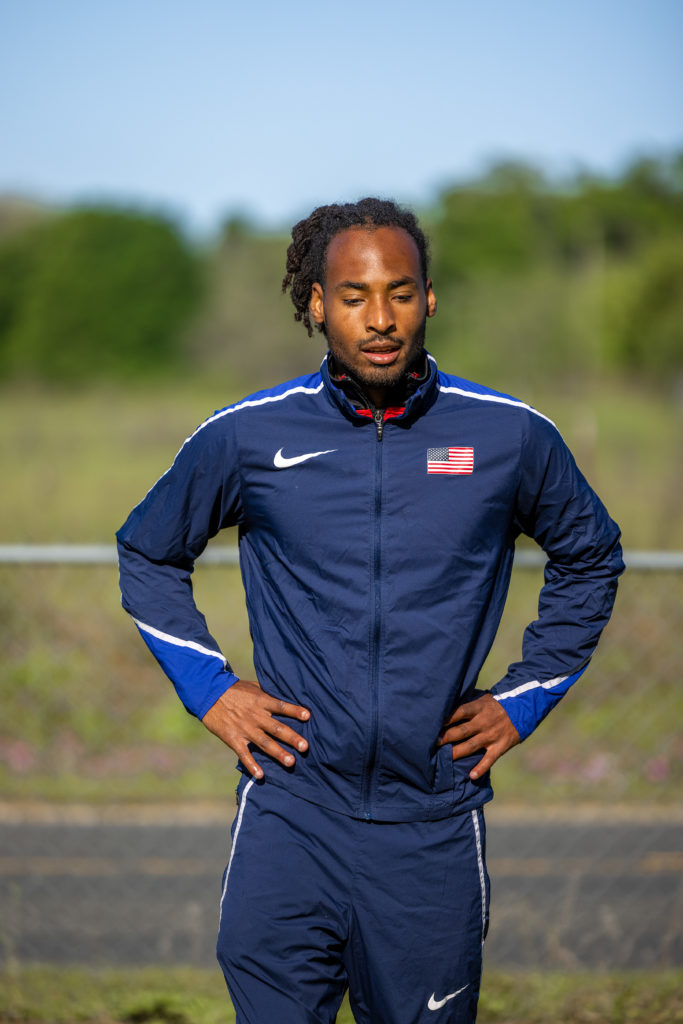 “I always wanted to be a professional athlete,” Zackery reveals. “When I was in high school, I thought I would go to college for basketball. Every kid dreams of making it to the NBA. But it didn’t happen that way. If I can go and do it in track and I can be at the highest level of a professional athlete, if I can reach the highest level somebody who has a disability can reach, let me go ahead and get it.”

For news about Zackery, Woods and the U.S. Paralympic Track & Field team, visit