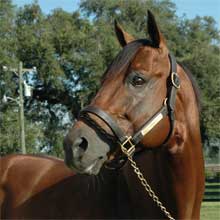 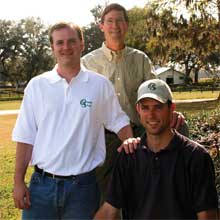 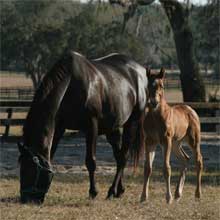 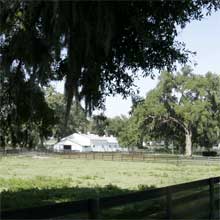 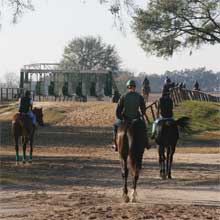 Deep into its fifth decade of existence, Ocala Stud Farms is the oldest active Florida Thoroughbred operation and one of the most visible in the Ocala/Marion County area. Located just a few miles outside of Ocala on Shady Road, the farm’s white-and-green barns signal the beginning of one of the area’s most scenic roads.

Many locals and tourists have taken their picture next to the Ocala Stud sign at the front of the farm. The farm’s pastures of horses beckon passersby to pull over and enjoy the sight.

If timing is everything, then the nine-person syndicate headed by Bruce Campbell couldn’t have picked a better time than 1956 to buy a farm in Ocala. In January of that year, Maryland horseman Joe O’Farrell and his brother Tom were part of Campbell’s syndicate that purchased 800 acres of what had been Dickey Stables for $700,000.

The Ocala farm rush was on.

Needles’ success undeniably put Ocala on the map, and new farms quickly sprang up around the county. Sitting right smack in its epicenter was Ocala Stud.

Joseph Michael O’Farrell Jr. was eight years old when his father moved the family to Ocala in 1956. He was 22 when he took over the day-to-day operations of Ocala Stud, following his father’s heart attack and the farm’s financial reorganization in 1971. The two men worked together to rebuild Ocala Stud until the elder O’Farrell’s death in 1982.

Now 58, Mike O’Farrell has carried on his father’s traditions while evolving with the times and now oversees a solely family-owned Ocala Stud. O’Farrell acts as president and managing partner of the farm while sharing ownership with sisters Susan Greiner and Anna O’Farrell-Brown, and brother-in-law James Lewis.

“I was raised in the Thoroughbred business and never had any intentions or desire to do anything else,” says O’Farrell, who left the University of Florida just a semester away from a degree in agriculture business. “The timetable just got moved up a little. There were some tough times along the way, but with perseverance and luck we’ve managed to still be here today.”

Driving up the short, live oak-lined road to the white-and-green bungalow office, the sense of history is as palatable as the heat and humidity of a Florida summer day. In a large, shaded paddock to the left is an equine cemetery, where Rough’n Tumble, Noodle Soup, Iltis, and other notable Ocala Stud horses are buried.

Just beyond there is the 12-stall stallion barn and turnout paddocks; up the hill are the five training barns with well-worn paths to the seven-eighths mile training track. All the barns, like the office, are painted white with forest green trim, just like they have been for nearly 50 years. In front of the office is mounted the bell from the U.S.S. Kentucky, which used to be rung every time a Florida-bred won a major stakes race. Since that event has become a common occurrence nearly every weekend, the bell is now more of an historical artifact.

The current incarnation of Ocala Stud consists of three divisions: the main farm of 188 acres on what was the original site, the 120-acre Shady Lane Division, and the 240-acre Ocala Stud Annex. It has bred and/or sold more than 100 stakes winners to date.

“I guess people do think of us as a big commercial operation,” O’Farrell comments. “But compared to the really big farms, we really aren’t. We’re just a working-class farm trying to breed and sell good racehorses year after year.”

While Ocala Stud’s success remains a constant, the farm is surrounded by a changing community. Ocala Stud, Glen Hill Farm, and Red Oak Farm are the only three remaining major Thoroughbred operations in the Shady Road area that was once the center of the industry in Ocala. The Paddock Mall, Central Florida Community College, restaurants, car dealerships, apartments, and housing developments have overtaken the land where Thoroughbred farms once thrived. Trinity Catholic High School sits on the corner that was once part of the original Ocala Stud.

“Things have changed,” says O’Farrell, who has been married to wife Judy for 34 years. “I remember being able to ride my horse on dirt roads from farm to farm when I was growing up, but nothing stays the same. That’s just how life is.”

But the foreseeable future for Ocala Stud looks good.

O’Farrell’s sons Joe, 28, and David, 25, are now both actively involved in the farm. Joe, who has an accounting degree, is working in the farm’s financial office while David, who has a business degree, is spending time working in each division of the farm.

“When the time comes, if they want to,” O’Farrell suggests, “they’ll be able to take over.”

Evidence that O’Farrell has no immediate plans for selling the farm might be the new stone entrance he recently had built. For decades, the only thing marking the entrance to the farm was the large white-and-green metal Ocala Stud sign. It also became a favorite photo opportunity over the years. When the new stone entrance was being built, the old sign was taken down.

“I got plenty of calls about that sign being gone,” O’Farrell recalls. “I had to assure people that it was only getting cleaned and repainted, and that it’d be back. I never realized how much that sign had become a part of this area.”

It’s only fitting that now both the Ocala Stud sign and the new stone entrance greet visitors to the farm, connecting a remarkable history to a successful present.

The Ocala Stud sign on SW 27th Avenue is something of a landmark, originally put up in 1971 to replace the distinctive, carved-wood signs that once marked the entrance.

“College kids were always taking them to put in their dorms,” says Mike O’Farrell, “so we put up the steel sign that’s set in cement and just about impossible to steal.”

Recently painted, the venerable marker is a favorite spot for photos. One day, we saw an elderly gentleman posed at its side while a gray-haired lady took his picture. Apparently, males of all ages enjoy the association with the “Ocala Stud” designation.