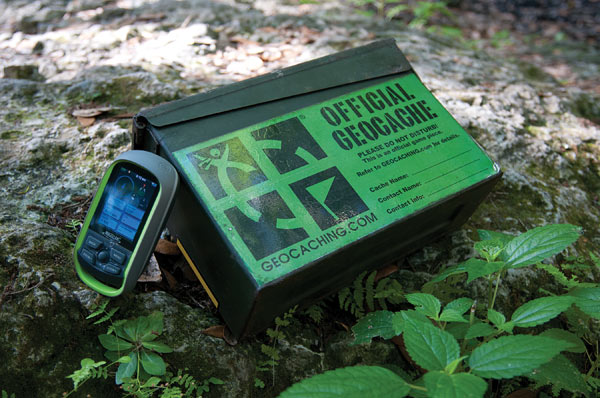 Look closely at that spider sitting deathly still next to a strange-looking rock. Be sure to take a peek under the rock, too. You may find a cache—the reward in the sport of geocaching that is often described as a game of “high-tech hide and seek.”

Armed with global positioning system (GPS) receivers or smartphones, approximately 5 million geocaching enthusiasts seek hidden containers, known as caches, in hundreds of countries on all seven continents. You are probably standing within a few yards of a geocache location right now, and don’t even know it.

Geocaching.com, the site all geocachers must first visit before they can play this high-tech scavenger hunt game, says more than 1.7 million active geocaches exist worldwide. Florida is home to thousands, and the Ocala National Forest is the mother lode of geocaches in North Central Florida.

But you don’t have to go into the woods to find these hidden “treasures.” Many are within city limits, even in areas around buildings such as the one near the Ocala Recreation and Parks Operations building. City Park Ranger Brian McKay has hidden caches inside the city’s parks for three years. His colleagues call him the “geocaching guru.” 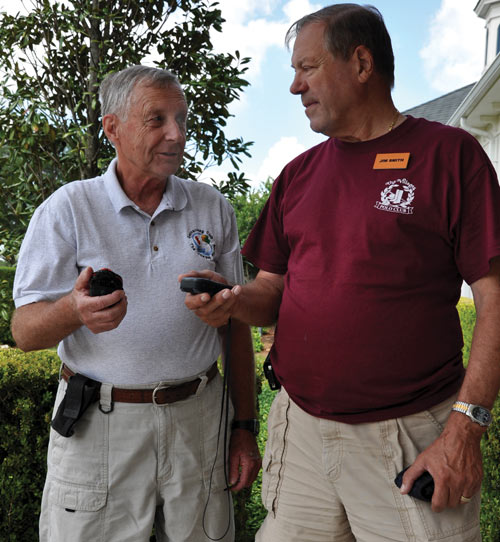 “Three years ago, I was working one evening when I saw a couple flashing a light and obviously looking for something,” he remembers. “After they told me about geocaching, I looked into it and became hooked on the activity myself.”

McKay teaches summer workshops for seniors, adults and children and says most of his students stick with the activity long after the workshops are completed. In addition to learning how to find caches, students also learn how to place new ones—and hiding the various-sized containers is something akin to art and science.

From hollow plastic spiders and other insects to fake rocks and camouflaged Tupperware bowls, the apparatuses used to conceal a geocache log are quite clever.

So what are you getting for all this high-tech scavenging? The thrill of discovery is the motivator for avid geocachers. Most caches simply contain a log that you sign and date. Later, you post your find on geocaching.com. Some caches do contain small items, such as coins, toy badges or buttons for trade, but if you take something, the rule is you leave an item in return.

“Geocaching is something you do for your own enjoyment,” says Bob Seger, president of the Geocaching Club of The Villages and the No. 2 geocacher in the state of Florida. He has found more than 18,270 caches and has placed more than 335 for other geocachers to find since 2007. Last year, he traveled 8,000 miles to what he describes as “cache-rich places” in Nevada, Utah and California. In June, he will head out again—first to New York and then westward.

Smith and his wife Sally Ann have traveled as far as Budapest, Hungary, looking for caches, but the ultimate thrill for them was participating in “Cache Across America” last year with another couple. They drove 17,000 miles and made two airplane trips in six weeks to find a specific cache in each state, including Alaska and Hawaii.

“The final cache was hidden in the U.S. National Arboretum in Washington, D.C.,” he says. “It was a great ending to the adventure.”

Ocala’s McKay says that geocaching gives people an opportunity to get outside and see new scenery.

“People tell me all the time that they didn’t know some Ocala parks even existed until they went there looking for a cache,” he says. 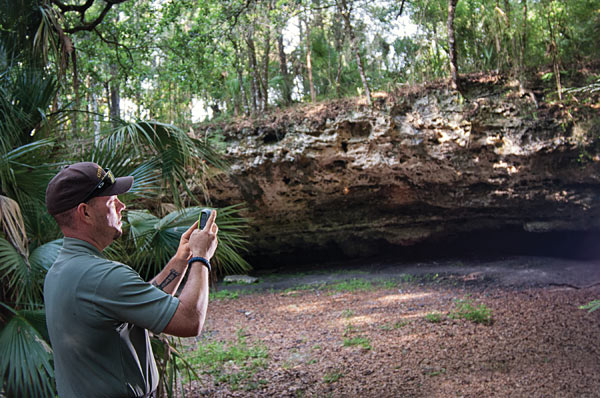 Geocaching began as a hobby in May 2000 when the first geocache appeared only a day after the U.S. government officially removed “selective availability” from GPS satellites that were used primarily by the military. Civilian GPS units became more accurate than previously permitted. Dave Ulmer of Beavercreek, Oregon, hid a container filled with books, videos and a slingshot in the backwoods and posted the coordinates on the Internet with a challenge “to go find it.”

That single Internet posting led to the phenomenon of geocaching; although, in the early days, it was called a “GPS stash hunt.” Mike Teague, the first person to find Ulmer’s stash, began gathering online posts of coordinates around the world and documented them on his personal Web page.

In September 2000, the geocaching.com site began when Web developer Jeremy Irish stumbled upon Teague’s page and realized this new hobby combined his interests of treasure hunting and using tech-gadgets. Irish and Teague worked together to improve the cache-hunting experience for people who were just learning about GPS technology.

Now that geocaching applications are available for smartphones, the hobby is growing even faster and into new frontiers. Searching for caches has moved beyond trails and landmarks into cyberspace and below the sea. Virtual caches do not contain a traditional box or logbook but are usually an object that must be described to the cache’s originator. For example, a plaque located at the posted coordinates may have a date or name that finders would identify.

No matter where a cache is located, the basic rules remain the same for geocachers as they did in 2000.

“Find it, sign the logbook, put it back together and hide it where you found it,” Smith told beginners at a recent workshop in The Villages. “And if you take something from the container, like a coin or trinket, be sure to leave something in return.”

While some newbie geocachers may question the necessity of actually signing logs before posting the find on geocaching.com, both Smith and Seger emphasize that the sport is on the honor system.

“If you cheat, you are cheating only yourself,” says Smith.

Seger adds, “In this sport, you police yourself. It’s a lot like golf in that respect.” 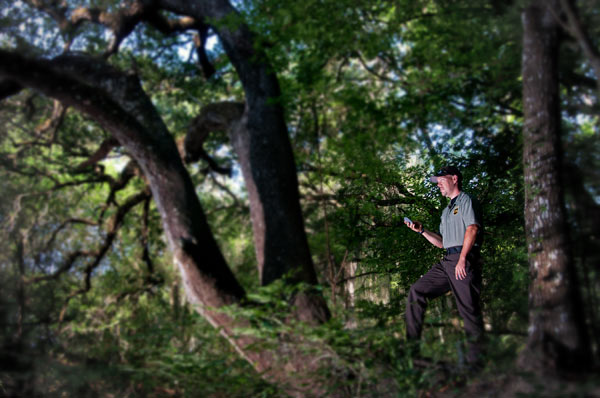 Go to geocaching.com and register for free. Put in the ZIP code of where you would like to search.

From the list that appears, select traditional geocaches with a Level 1 difficulty and easy terrain.

Notice the description of the container size. First-timers may want to look for large caches that are easier to spot than the miniscule “bison tubes.”

Look to see when the geocache was last found. If it was found a week or so ago, it’s most likely still active. If several months have passed since anyone logged a find, chances are it’s missing.

Send the coordinates to your GPS unit or smartphone. You may also want to print a copy of the geocache description and any hints. Automobile GPS units do not work well for geocaching.

Pack your bug spray, sunscreen, tweezers to remove cache logs from tiny spaces, spare GPS batteries and water before heading outside for your family-friendly adventure. Sturdy walking shoes are also a must.