Have you heard of The Naked Brothers Band? Your kids probably have! Nat and Alex Wolff’s hit Nickelodeon show is one of the channel’s most popular ever, and the talented singer/songwriter/musician brother duo is a teen sensation. The sons of actress Polly Draper and pianist/composer Michael Wolff, Nat (right) and  Alex (left) are heading to Ocala on March 7 to perform at Kidfetti, so Ocala Style decided to get an exclusive interview with the two (and occasionally their mom, who was also on the line). We heard the scoop on their musical heroes, their song ideas, and their “metal face.” We’ll explain. 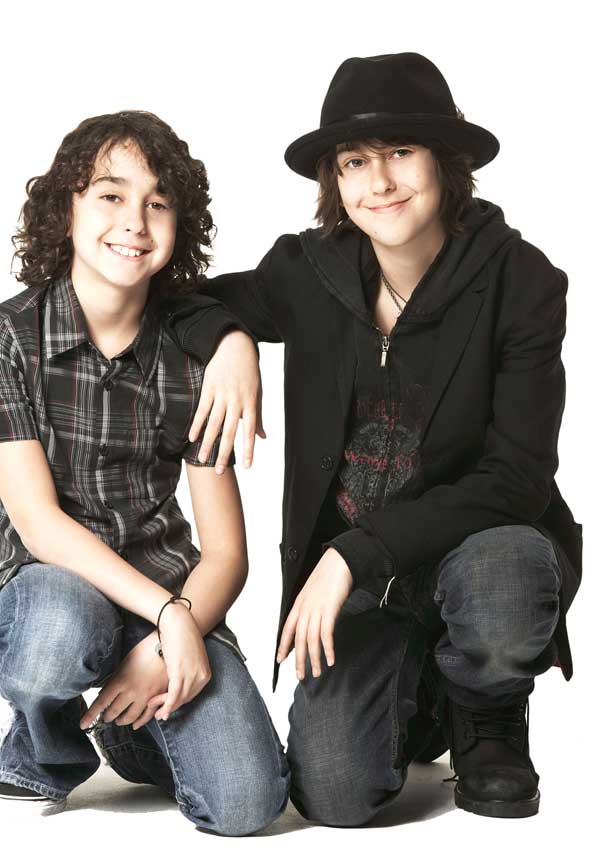 Nat: Thank you! It’s pretty exciting. I can’t wait till it happens. Hopefully, everyone votes for me. Vote for me! [laughs]

I have to ask— Naked Brothers Band, is it true that name really came from you guys singing in the tub together?

At first, your parents didn’t really want you two to get into show business. How did you change their minds?

Did you ever imagine you would be so popular?

Nat: I think that’s what I wanted from when I was young—for people to hear all the songs. When we made the show, I just thought it was so great. I thought it was going to be a huge hit.

Alex: We have so much fun doing it. We had all our friends…

Nat: …on the show. So it’s just like a gigantic party every time we’re working.

Is it as much fun as ever?

Nat: I feel like the work is more fun now. 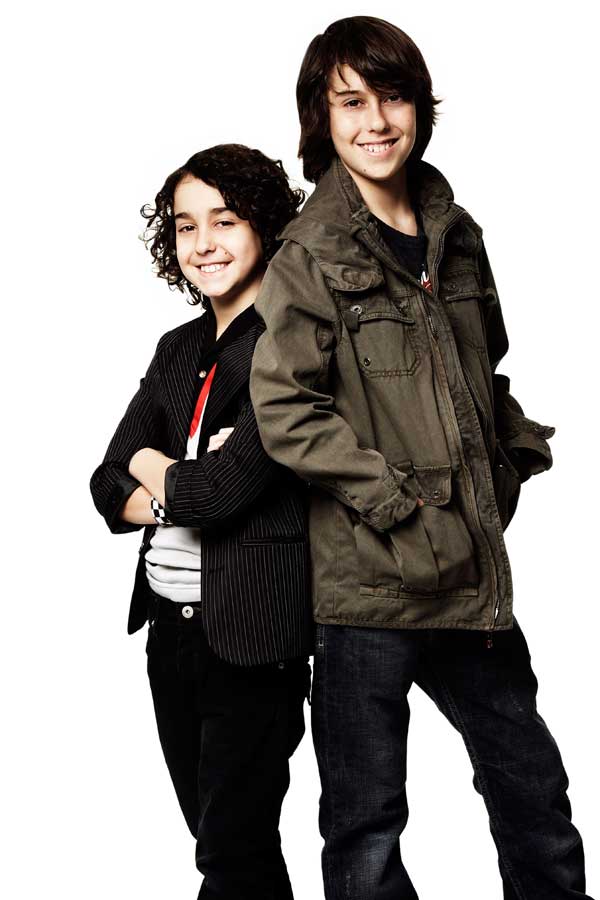 Do you prefer singing or acting?

Alex: It’s whatever we’re doing at the time.

Nat: Yeah, during the show, we’re pretty imbedded in the acting. And then when we’re performing, it’s the music.

You guys are really busy. Do you go to school or do you have tutors?

Nat: We go to a real school here in New York City.

By the way, I really liked your song “Fishing for Love.”

Nat: That’s a blast from the past!

Where do you get your song ideas from, Nat?

Nat: I write really late at night. Staying up late kind of inspires me. It just comes from real life. I think maybe that’s why kids can relate to it, because it’s genuine. That’s all we can write about, experiences from the point of view of kids. The last couple of years, Alex has really gotten into songwriting.

You also get song ideas from real life, Alex?

Do you have a favorite subject to write about?

Mom: They listen to different bands and get inspired. They have sometimes words that inspire them to write a song. Sometimes they get a catch phrase in their head. Sometimes it’s a tune. Nat wrote the song “I Don’t Want to Go to School” because he didn’t want to go to school. He said he’d write a song if I let him stay home from school. I did.

Nat: Like with “Fishing for Love,” I remember that phrase just popped into my head. I listen to the Beatles and Alex listens to Led Zeppelin, and that’s always so inspiring, too. I’m like the biggest Beatles fan on the face of the earth.

If you could sing or collaborate with absolutely anyone, who would it be?

Nat: I think I’d like to write a song with Paul McCartney or James Taylor or John Lennon.

Who have you been listening to lately?

Alex: Coldplay for me.

Mom: How about the one that just won the Grammy?

Nat: Alison Krauss, yeah! With Robert Plant. That was a great album. She has such a beautiful voice, and he sounded so great on that record.

Alex: I love U2 and Radiohead.

Nat: And a singer I listen to, Jeff Buckley.

Yes, he is. Thank you, Alex. Now, Jordin Sparks is also going to be performing at Kidfetti. Do you know her?

Alex: We love her.

Alex: That’s my favorite one.

Mom: They take two piano lessons a week, play guitar, drum lessons. Then they rehearse with their band. They work really hard. And when they’re doing the show, they memorize 10 pages of dialogue a night. Whenever a kid thinks they’re just overly lucky, all they have to do is spend an hour in their lives to see how hard it is.

‘They Get So Excited’ 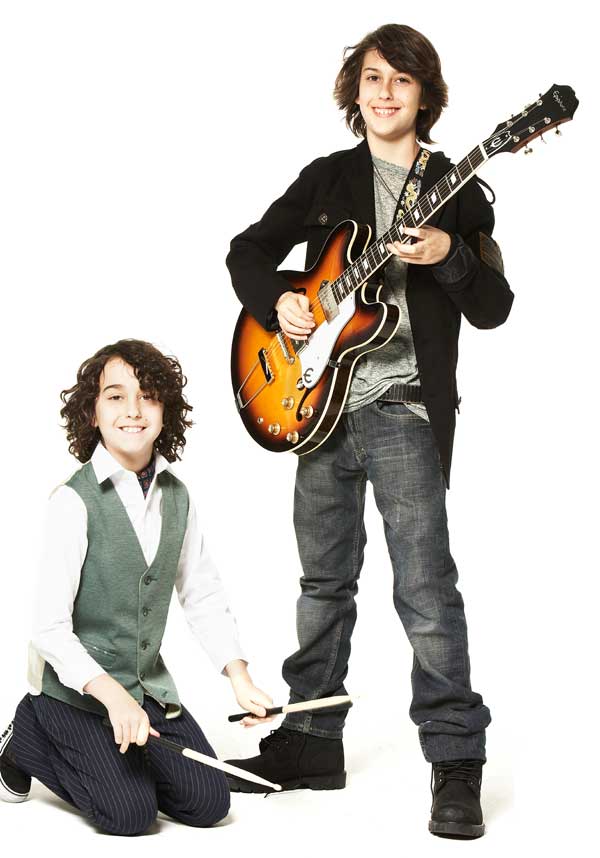 Would you do a feature film ever again?

Nat: The show is pretty much like a feature film. They’re hour-long shows instead of half-hour. It’s not like a sitcom, so we’ve always kept it like a mockumentary. It’s unique for a kids’ show.

Have you been to Ocala before?

Do you have any rituals before you go out on stage?

Nat: We have these kind of pump-up moves that we all do.

Alex: We put on our “metal faces.”

Mom: If you could see what it looks like, they kind of scrunch their face up to look as angry and mad as possible, and it’s called the “metal face.” I think it’s to make each other laugh. They get so excited before they get onstage.

Alex: You forget that people are in the audience.

Mom: Yeah, and their vibe onstage with each other is so fantastic that the audience wants to be part of it.

Nat: By the end of the show, they all have scrunched-up, angry faces. [Laughs]

Note: All proceeds benefit the children’s programs at The Centers, a charity, according to its website, “devoted to rebuilding hope for seniors, children, and everyone in between.”