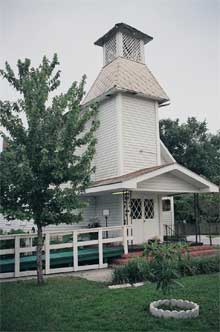 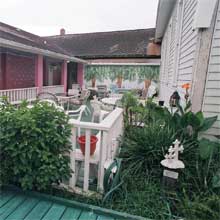 “I can. I believe. I will. I am,” is posted in bold letters on Executive Director Yolanda East’s office door at Shepherd’s Lighthouse in southern Marion County.

Yolanda’s job? To take the children off the streets by providing a place for their mothers to reclaim their lives.

This task was no small undertaking. Yolanda had no secretary, no money, and a 100-year-old building.

“I was 16 when I had my first child,” Yolanda recalls. “It was very difficult because I had a low-paying job and another child when I was nineteen. My husband helped me get through school to earn a degree in the medical field. It took 8 years. Without his help, I don’t know what I would have done. The homeless women we help are a lot like I was.”

Where others felt daunted by numbers, Yolanda became even more determined. Reaching out to churches and charity organizations, she ultimately connected with the Belleview Rotary Club, which immediately offered its services. Humorous, good-hearted, and service-oriented, this group has been an inspiration and a godsend to Shepherd’s Lighthouse.

Renovating Shepherd’s Lighthouse became a primary service goal for the Rotary Club. The group held fundraisers and offered its services for the Lighthouse. Lee Sanborn, a retired general contractor, became especially interested and called on his friends and business acquaintances to donate materials and time to the effort. Truly, it was a labor of love.

Six months after Rotary’s involvement, the community was rejuvenated and the renovations were completed. Four mothers and seven children currently live in Shepherd’s Lighthouse. The focus is on the mothers. The goal is to show them a better way of living through compassion, understanding, and tough love. With the help of the staff, each mother sets realistic goals concerning education, job training, and housing.

This path is not easy for the mothers. A few have left the program, but Yolanda sees only the successes. Aside from learning about various charitable services, educational scholarships, grants, and free daycare, all the women who pass through Shepherd’s Lighthouse are exposed to a better way of living. Personal organization, household organization, greater trust in God, parenting, anger management, routines, self-discipline, money-management, and planning ahead are only a few of the skills many women experience in their journey to a more purpose-driven life.

“When I came to know of Shepherd’s Lighthouse, I had been in a domestic violence situation and my children had been removed from me,” says Aimee Harrison. “I was also homeless, had nowhere to go, and knew no one who would help me. I met Ms. Yolanda at McDonald’s on Pine Street where I told her I would do whatever it took to be reunited with my children.

And those two words will once again see her — and Shepherd’s Lighthouse — through the storm.