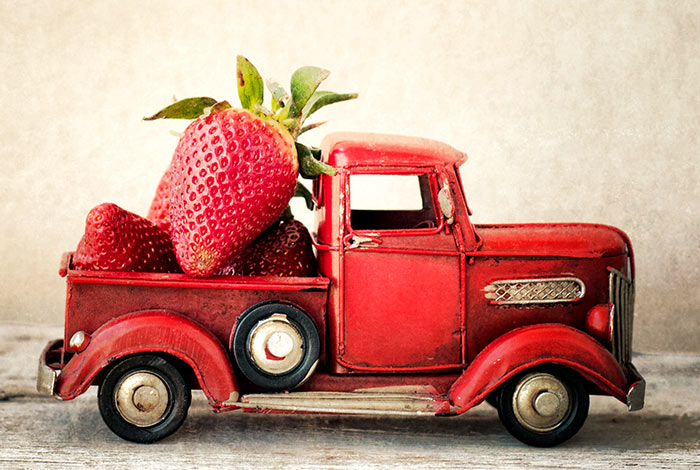 There’s a lot to be said for tradition, especially when it’s for a good cause.

The Habitat Strawberry Festival is fast becoming a Marion County tradition—one that benefits the community and families in need. Plus, it’s a whole lot of fun. What’s not to love about that?

The third annual festival takes place on Saturday, March 5, at the McPherson Government Complex located at 601 SE 25th Avenue in Ocala, just about two miles east of the downtown area.

Although the inaugural event in 2014 took place on Ocala’s downtown square, due to the remarkable turnout, it was immediately apparent that more space was needed. Starting in 2015, the festival moved to its current location at the McPherson Government Complex.

“We loved our partnership with the city, but the location limited us. Changing venues gave us huge opportunities. We had a zip line last year and will have it again this year, but that’s something we couldn’t have done downtown. In the future we even hope to have hot air balloon rides,” notes Elizabeth B. Chryst, chairman of the board for Habitat for Humanity of Marion County.

“This festival is our way of giving back to the community by making the event free with no cost for admission or parking,” says Chryst. “This year will feature bigger and better everything, from the strawberries and food to the vendors, entertainment and car show. We use upwards of 650 volunteers from area churches, schools and other organizations to put on the festival each year. This year we already have the Atlas Club of Forest High school and Trinity High School each dedicating 125 volunteers for the day of the festival.”

As the event garners more awareness, festival organizers are encouraging additional community involvement, such as golf tournaments, 5K runs, fishing tournaments and more to piggyback off the festival.The third annual Habitat Strawberry Festival runs from 9am to 5pm on March 5, but you can get your strawberry on earlier by showing up for the Annual Pancake Breakfast put on by the Kiwanis Club of Ocala, starting at 7:30am. (Although the festival is free, there is a small fee for the breakfast, which benefits Habitat.)

Enjoy browsing and shopping at over 150 vendor booths, featuring arts and crafts, unique goods and a fresh farmers market. Families won’t want to miss the Kid Zone, where the kids can burn off energy in an area set aside specifically for child-oriented activities. Youngsters can even compete in fun games to win tickets, which they can then trade for prizes.

Live entertainment will take place throughout the day on two stages simultaneously. There will also be a car show, and the reigning “Miss Strawberry” will pass on the crown to this year’s winner at the pageant.

Be sure to come hungry! Sonny’s BBQ and Chick-fil-A will be on hand, as well as other festival fare booths, and all food vendors donate a portion of their proceeds to Habitat for Humanity. Of course, you’ll find a great array of strawberry food items as well, from ice cream to shortcake and lots more. Proceeds from all strawberry foods benefit Habitat, so dig in.

And since it’s a strawberry festival, you can buy fresh berries, too. Flats can be pre-ordered online through the festival website to guarantee availability. Reserve your flat by prepaying for a voucher to redeem when you pick up your berries at a convenient drive-through location at the festival. There will also be booths at the festival where you can buy flats, but ordering ahead assures you won’t be disappointed in case demand exceeds supply. Last year, over 250 flats were sold through the online pre-order option.

Just what’s behind all this strawberry-oriented fun? Habitat for Humanity of Marion County uses the festival to raise enough funds to build at least one home. A particular family has already passed the application process and been designated to benefit from this year’s event.

Habitat for Humanity of Marion County was launched in 1990 and celebrated its 25th anniversary in December 2015. One of more than 1,500 local U.S. affiliates of Habitat for Humanity International, the Ocala affiliate has proven itself one of the nation’s most productive, building or rehabbing as many as 15 houses per year.

In the Central Florida area, it takes roughly $50,000 to $60,000 for Habitat to build a house from the ground up. Sometimes it makes more sense to “gut and rehab” an existing house, especially when you consider the number of foreclosures in recent years.

Founded in 1976, Habitat for Humanity International has built and renovated hundreds of thousands of houses worldwide. A grassroots Christian nonprofit organization, Habitat’s mission is to eliminate poverty and substandard housing and homelessness. Habitat’s local U.S. affiliates and 70-plus organizations around the world have helped build or repair more than 800,000 houses, serving 6.8 million people.

The organization is funded through tax-deductible donations of money and materials and is manned by volunteer labor.

Habitat isn’t a “giveaway” organization. To be accepted for home ownership, a family must go through the application process, meet all “sweat equity” requirements (350 hours or more) and be able to repay the zero-interest loan. Including tax and insurance, mortgage payments are generally less than $450 per month.

“Habitat for Humanity has been blessed to have over 11,873 hours donated by volunteers in Marion County annually,” notes Chryst. “With all that time and talent being donated by residents of Marion County, Habitat’s Strawberry Festival is a great way for us to say ‘thank you’ and to give back to a community that gives so much.”