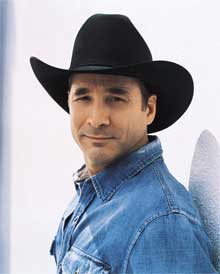 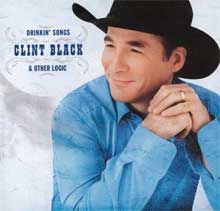 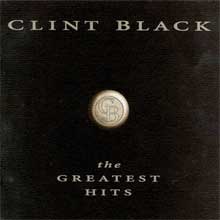 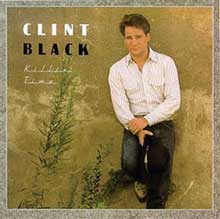 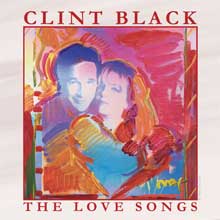 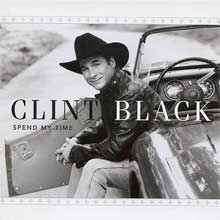 The work in progress began for Black as a teenager growing up in the Houston area, where the singer/songwriter/musician nurtured his passion for music on the honky-tonk circuit. Shortly after signing with RCA Records, Black scored his first of 13 No. 1 songs with his initial single “A Better Man” in 1989. In addition to that single, the top-charting album Killin’ Time would go on to produce three other No. 1 songs. Today, those songs from that first album — “A Better Man,” “Killin’ Time,” “Nobody’s Home” and “Walkin’ Away” — are considered quintessential Clint Black classics.

In the ‘90s, country music was emerging from the Urban Cowboy era and shifting back into the domain of the cowboy-hat wearing singers. Along with George Strait and Alan Jackson, Black was known as one of the “hat guys.” It was a prolific moniker as Black produced a decade’s worth of top-selling albums and 27 Top 5 singles.

Black was honored by the Country Music Association with the 1989 Horizon Award and as its 1990 Male Vocalist of The Year. He also won CMA awards for collaborative efforts: in 1993 for George Jones’ “I Don’t Need No Rocking Chair” and in 1994 for the tribute album, Common Thread: The Songs of the Eagles. His participation in the song “Same Old Train,” an all-star production, garnered him a 1998 Grammy Award.

On the personal front, Black married actress Lisa Hartman in 1991. They would record a No. 1 song as a duet, “When I Said I Do” on his 1998 D’Lectrified album. In an even more important collaboration, the couple’s daughter Lily Pearl was born in 2001. It was the latter event that proved to be a life-changer for Black, leading to an extended scaling back of his music career. Other than several greatest hits compilations, there would be no new music until the 2004 release of Spend My Time on Equity Records.

The new album would also signal a new phase of Black’s ever-evolving career. He became co-owner of Equity Records after deciding not to re-sign with RCA in 2003. Black was already involved as an owner in Blacktop Music Group, a song publishing company for several years by that point. Along with Black, Equity Records is comprised of his business manager Charles Sussman and personal manager Jim Morey, along with former Sony Nashville executive Mike Kraski.

Under Equity Records, Black has subsequently released the albums Drinkin’ Songs & Other Logic in 2005 and, just in time for this Valentine’s Day, The Love Songs was released on January 30. The latter is a new studio compilation of the 45-year-old Black’s love songs from his previous albums. It also includes one of his favorite Jim Croce songs in “I’ll Have To Say I Love You In A Song.” And appropriately enough, the cover art for The Love Songs is a Peter Max painting of Clint and Lisa.

Clint, Lisa, and Lily Pearl, now 5, live in Nashville, where Black built a world-class home studio. Scheduled to go back into the recording studio to work on a new album in early January, Black took the time for an exclusive phone interview with Ocala Style.

AS YOU TAKE STOCK OF YOUR CAREER TO THIS POINT, WHERE IS CLINT BLACK NOW?
Working hard to earn my way back on the radio. When our daughter Lily was born, it was very important for me to spend time during those first early years being a father more than an entertainer. I did work. I went overseas after 9/11 and played for the troops. And I did just enough concert dates to take care of the band. But the priority was mostly being a dad.

IN TERMS OF ACTIVELY WORKING ON YOUR CAREER, WERE YOU AWAY LONGER THAN YOU EXPECTED TO BE?
I’d have to say yes. It was great to have the luxury of being able to take some time off, but I was probably away too long. I never intended for five years to pass before producing a new album. But I feel like I’m definitely back now and doing some of the best work of my career.

AFTER SO MUCH SUCCESS AND SO MANY HIT SONGS, IS IT DIFFICULT AS AN ARTIST TO KEEP UP THAT STANDARD?
Definitely. But as a singer, songwriter, musician, or any creative person, you have to keep growing. It’s great to have had those great hit songs, but I want to feel that I’m doing my best work now. I want to think that I’m just hitting my full stride.

TELL US A LITTLE BIT ABOUT YOUR CREATIVE PROCESS.
After writing, co-writing, and releasing some 125 songs, I have to say that I approached each one of those songs 125 different ways. There isn’t, at least for me, any formula to my creative process. I’m not trying to write the next big hit. For me, it’s much more personal than that. The only process I can point to is that I try to feed myself what I need to stay connected to who I really am. And whatever comes out in a song, comes from that process.

WHERE DOES YOUR CREATIVE INSPIRATION COME FROM?
From everywhere, from life. I think you have to strive to live a rich life and deepen your well of experience. That’s what I draw from, an ever-deepening well.

DID BECOMING A FATHER DEEPEN THAT WELL?
Absolutely. It’s a profound change in the love department when you realize you would readily give up your life for someone else. It changes your whole perspective of life. You suddenly realize you’re no longer the star of your own life.

BUT YET EVEN WITH THESE PROFOUND CHANGES, YOU RELEASED DRINKIN’ SONGS & OTHER LOGIC. WAS IT DIFFICULT TO TAP BACK INTO THE DAYS THAT YOU SANG IN HONKY-TONKS AND TO WRITE AND SING THE SONGS ABOUT THAT LIFESTYLE?
Not really. Those were very formative years for me as an artist, both as a singer and a songwriter. When I wasn’t on the stage, I would sit and watch the barroom lifestyle. See the guy taking off his wedding ring and putting it in his pocket or the drunk, out-of-his-mind guy resisting arrest on the dance floor.
I’d write notes about what I saw on napkins and a lot of those notes became part of songs. Even with the changes in my life over the years, nothing can ever take away those early experiences.

YOU’VE BEEN AROUND COUNTRY MUSIC FOR A LONG TIME. WHAT’S YOUR OPINION OF WHERE THE INDUSTRY IS RIGHT NOW?
There’s a lot of good music out there right now. I think the industry goes in cycles. Something becomes popular and soon the record companies are all trying to produce that kind of music. Then the songs all start to sound alike and it becomes a stale formula. Something new comes out and the listening audience jumps on that and the cycle starts again.
The listening audience’s taste for music is constantly shifting and the record companies are always trying to anticipate the next cycle. But as an artist, you can’t just chase after every cycle. You just have stay true to yourself and try to make sincere music.

HAVE YOU BEEN TO OCALA BEFORE?
Yes, we came through here earlier in 2006 on a bus tour of radio stations, part of that working-hard-to-get-back-on-the-radio plan. And we played a concert here at Silver Springs many years ago. I’m looking forward to coming back.

WHAT CAN THE PEOPLE COMING TO THE SILVER SPRINGS CONCERT EXPECT?
I think they can expect to have a good time and be treated to a little bit of a different show. Because we were going back into the studio in January, we hadn’t planned on any tour dates early in the year. But the Ocala concert had already been booked, so we decided to go ahead and do it. We’ll be ready for a good time.