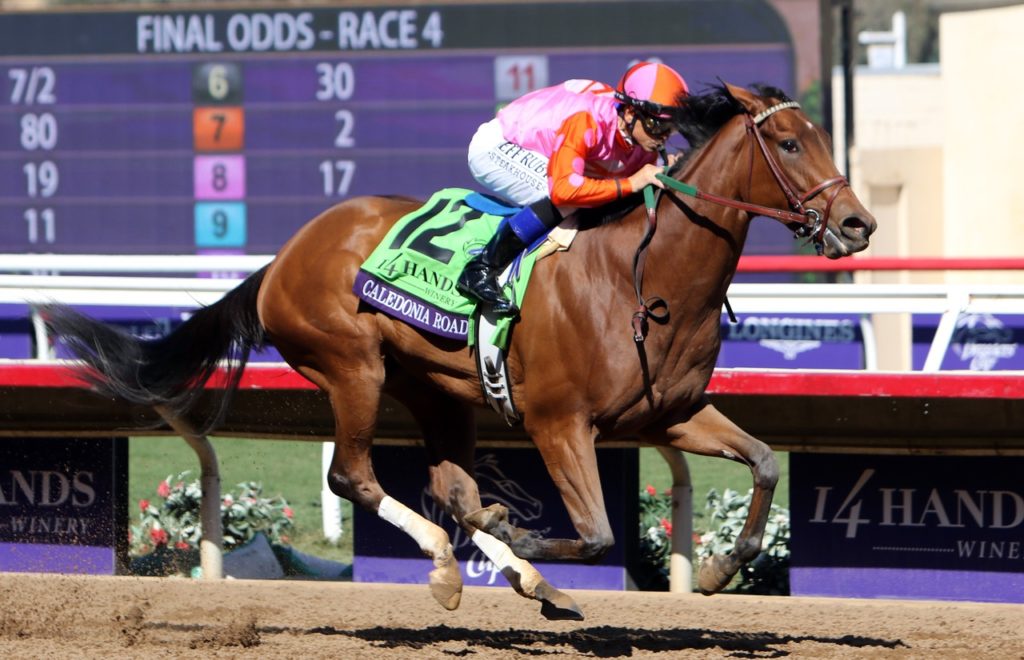 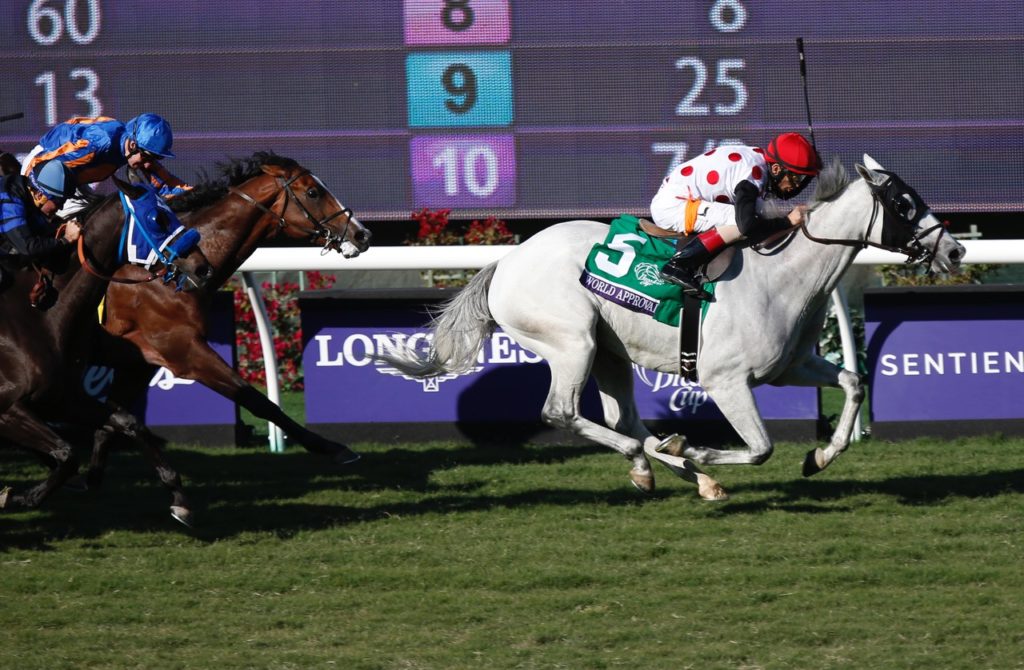 For Weber, it was the second Eclipse Award won by a horse she bred and raced. Miesque’s Approval, a half-brother to World Approval, was named the 2006 North American champion male turf horse.

Trained by South Florida-based trainer Ralph E. Nicks, Caledonia Road had a short but impressive 2017 racing season. After winning her first start, she was then second in the Frizette Stakes (G1) at Belmont Park. Her next start came in the prestigious $2,000,000 Breeders’ Cup Juvenile Fillies (G1) at Del Mar, where she won easily. That victory was instrumental in Caledonia Road earning her Eclipse Award.

In but three starts in 2017, Caledonia Road posted two wins and one second to bank $1,229,800. Caledonia Road was also named the 2017 Florida-bred champion 2-year-old filly by the FTBOA.

Beginning with Needles in 1955, a total of 52 Florida-breds have been named national Thoroughbred racing champions.