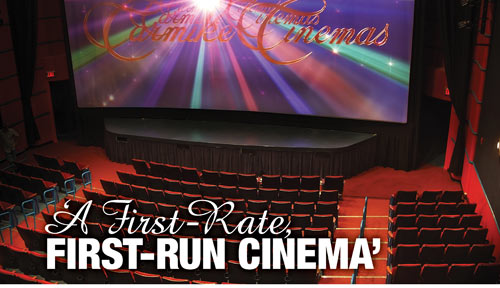 The movie screens at Ocala’s Marion Theatre had been dark for nearly two years. Where once classic films and independent features played regularly, the theater’s sole entertainment over recent years had become the occasional public meeting of the city council.

Yes, the theater was long overdue for a new lease on life.

Those were the thoughts on Kent Guinn’s mind after he was informed, over a Vanguard High School reunion dinner at Mimi’s Café, that his former elementary school classmate, S. David Passman—seated just a few chairs down—was the current chairman and CEO of Carmike Theatres. 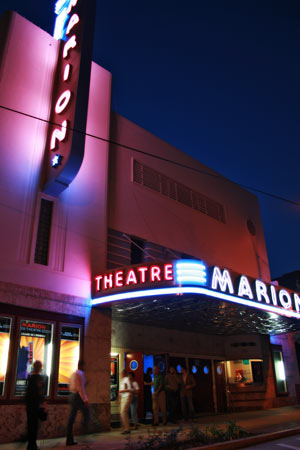 “I walked down to the end of the table and introduced myself,” the Ocala City Council president says. “I said, ‘I’ve got a theater for you to see. What are you doing tomorrow?’”

Fortunately for the city, Passman already knew the theater well. As a youngster, the Ocala native used to watch his favorite Saturday morning cartoons there.

“With my bottle caps,” he says with a laugh from Carmike Theatres’ Columbus, Georgia, headquarters. “That’s how we paid our admission then. I went by the theater that next morning and saw that they had really done a marvelous job of renovating it.”

With Carmike Cinema’s interest piqued, thanks to Passman’s personal passion for the historic 326-seat building, the restoration of the Marion Theatre to its former glory as a movie house got underway.

“The décor remains the same,” says Dale Hurst, the company’s director of marketing, “but we’ve added a much bigger screen and put in an upgraded sound system as well as a digital projector.” 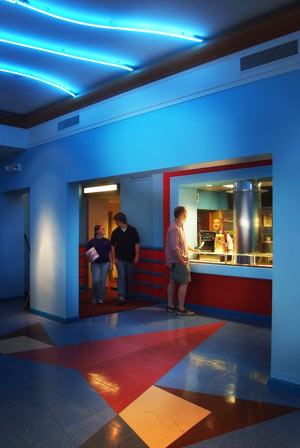 Carmike Theatres and the city are hoping for a busy summer season, especially since the theater’s ticket prices are comparable to those at other cinemas in town. The movies, Hurst says, will change regularly, based on their popularity with the public.

Passman hopes the marriage of old-time ambiance with state-of-the-art presentation at the Marion Theatre will keep Ocalans coming back week after week, year after year.

“It’s a step back in time,” he says. “But from a technology standpoint, it’s second-to-none.