Although Florida may be known for its citrus and sugar cane production, turpentine was once one of Florida’s largest industries, picking up speed and becoming a profitable trade in the early 1800s. 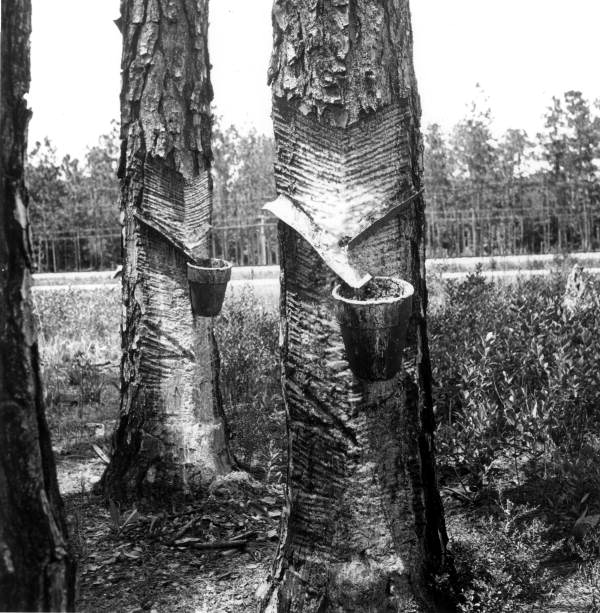 The substance was used readily as an ingredient in many household products, including paint, hairspray and cosmetics. The original use, however, was to seal the ropes and wood used to build ships in order to combat leaks. Because of this, turpentine products became known as “naval stores.”

As it turns out, Florida’s longleaf pine trees have just the sticky ingredient needed to make the substance. Unfortunately, harvesting the necessary oleoresin came at a price—the destruction of many acres of forestland. To collect the resin, workers would scar the tree, allowing the sticky material to run. At the base of the tree, a Herty cup or pot, like the one shown here, was used to collect the resin before it was transferred to the still to be used to make turpentine and other products. By 1970, after decades of consistent decline, the Florida turpentine industry had all but disappeared.

Today, turpentine is mainly used as a raw material throughout the chemical industry. It can be found in a variety of paints and pottery. In folk medicine, the oil from turpentine is used topically as an analgesic for rheumatoid and neuralgic disorders, and it’s also used to help relieve bronchial conditions.