The core values of Montverde Academy—knowledge, character, and community—are the same as they were nearly 100 years ago when the school was founded. The statistics alone speak to the Academy’s success at instilling those principles in its students. The school has a 100 percent college acceptance rate, with 85 percent of students accepted to their first choice. The total exam passing rate for students taking one of the school’s 16 Advanced Placement courses is 82 percent. 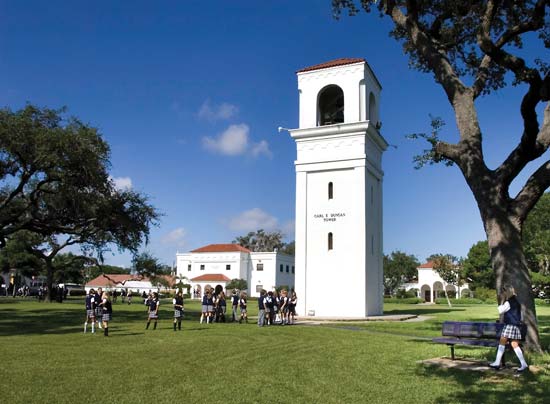 The academic backbone of Montverde Academy is its expert teachers, educators who are dedicated to preparing students for university life and the world beyond. Half of the lower-school faculty, over one-third of the middle-school faculty, and two-thirds of the upper-school faculty hold advanced degrees. Montverde Academy also maintains several prestigious accreditations, including the Southern Association of College and Schools (since 1927), the Florida Council of Independent Schools, the Southern Association of Independent Schools, and the Florida Kindergarten Council. 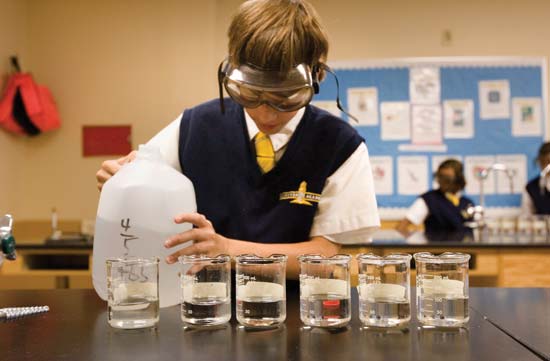 “It’s our obligation to educate the whole child,” says Lower School Dean Meristell Shackelford. “We have a Character Counts program. Every morning in lower-school assembly, we say a pledge to uphold trustworthiness, respect, responsibility, fairness, and citizenship.”

To promote an awareness of and responsibility to the local community, the lower school works on mission projects each year. 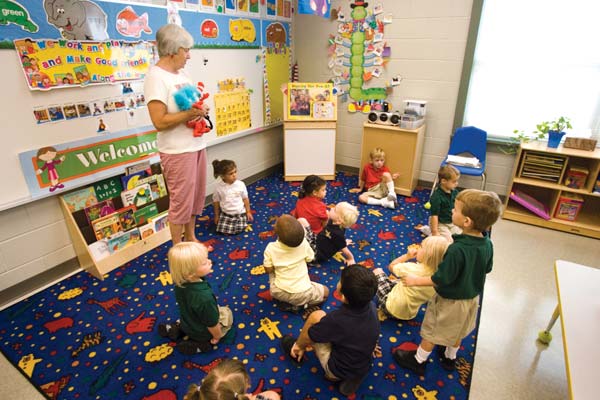 Headmaster Kasey Kesselring stresses that the community-oriented atmosphere results from involved parents and enthusiastic teachers who see the importance of developing each student’s character.

“There are high expectations of students here with regard to their deportment,” he explains. “We want them to understand that life outside Montverde Academy will require a sense of responsibility and self-discipline.” 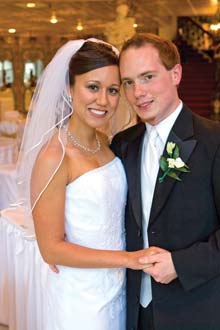 Christopher Mitchell (pictured at left) last walked the halls of Montverde Academy as a student six years ago, yet still today—now graduated from the University of Tampa and running his own business—the busy alumnus keeps close ties with his school. The former senior class and student body president calls at least one of his Montverde friends every day.

“I developed some really great friendships there,” Christopher says of his alma mater, “friendships you’d never have going to a regular high school. It was more like a brotherhood.”

As a boarding student at Montverde, the Lakeland native studied alongside peers from countries around the world. Boarding is an option for grades 7-12 at Montverde Academy, while day school is offered for pre-K3 through 12th grade. Currently, 70 percent of the school’s boarding population is from foreign countries.

A diverse student body—30 to 35 countries are represented during a typical school year—offering many benefits to students, Kasey explains.

“It’s an education unto itself when you have kids from so many different parts of the world, representing different cultures,” he says. “Our international population here is every bit as strong as our domestic population.”

“To spend four years making friendships with people from around the world enlightens you about other cultures and how things really are in the world,” Christopher explains. “Being an international school is one of the major pluses of the Academy.”

The lessons of Montverde Academy have served Michael Mason (pictured with family below) well since he earned his diploma in 1984. In fact, the owner of Leesburg Printing decided to send all three of his young daughters to the school for the same well-rounded education he and his wife,Amy, received. 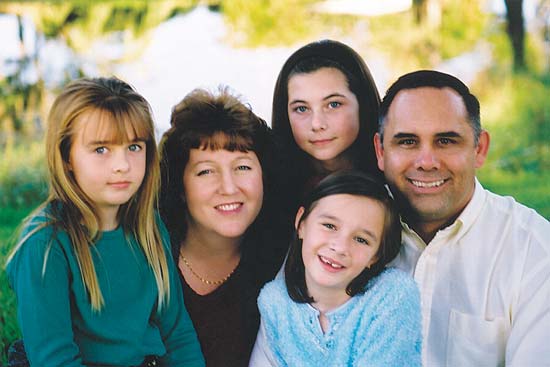 “Montverde Academy gave my wife and I an excellent foundation,” he says. “At Montverde, you have such diversity and a great environment. My daughters are getting a tremendous education.”

Michael is especially impressed by the quality of Montverde Academy’s teachers who he says are as passionate about teaching as the students are about learning. Like Christopher, he also keeps in regular contact with friends he made at the school, and seven years ago, the alumnus accepted a trustee position with the board. Michael says it’s a role he’s happy to fulfill now and will be proud to continue long after his daughters have graduated. 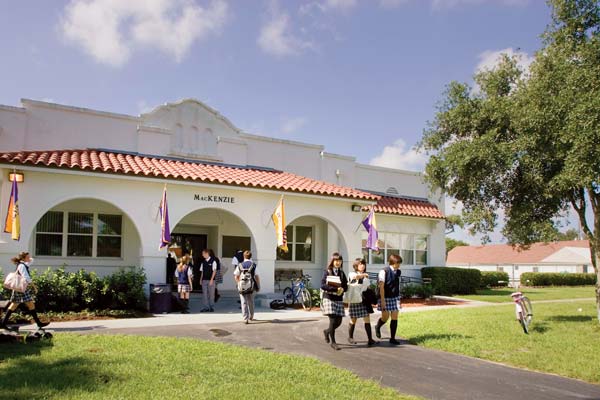 A nationally-ranked basketball team, on-site equestrian facilities, not to mention baseball and soccer—Montverde Academy is renowned for sports programs, and luckily for students, the school will soon have a brand-new athletic center to support their training. The school’s existing complex currently serves as a venue for lower-, middle-, and upper-school athletics.

“We have to juggle to accommodate the various programs,” says Headmaster Kasey Kesselring. “We began the process of the new center about a year ago with the initial study, and now we’re doing the largest portion of the project—excavation.”

As additional funding becomes available, specific areas of the 20-acre center will be completed, including a new track-and-field section, tennis courts, softball, baseball, and soccer fields, and a golf complex. From the baseball player to the cross-country runner, the center will allow student athletes more room for achieving their goals, which is good news for a school developing character-minded students.

“We encourage them to be actively engaged in the school community beyond the academic day,” Kesselring says. “It gives them an opportunity to learn what it means to be on a team and the discipline it takes to pursue a sport.”