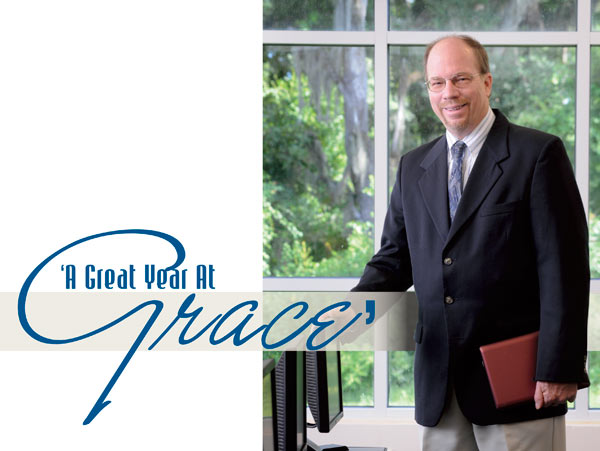 As Grace School students settle into the new school year and get back to the daily routine of studying and doing homework, life behind the scenes at their school is also settling into a fresh routine. Following the retirement of former head of school Edward England, Grace’s board of trustees conducted a lengthy nationwide search to find an ideal replacement.

Dr. Daniel Patton brings to Grace two decades of administrative experience. He has served as head of school for three Christian schools in Pennsylvania, Florida, and North Carolina, and he is more than ready to take the helm at Grace.

“I’m very excited to be here,” Dr. Patton says. “This school is filled with rich traditions and a strong staff. I have never seen a school the size of Grace turn out a better, more prepared student than Grace does. It’s quite impressive.”

Administrator and Athletic Director Debbie Bruni points out that a very high percentage of Grace graduates go on to higher education, many receiving multiple degrees.

“Former students are doctors, lawyers, business owners, military professionals,” she says. “It’s always wonderful to hear what our past graduates are doing with their lives. We’re proud of all our kids.”

So how does Grace produce such successful students? The answer is three-fold—a combination of strong academic standards, caring and attentive teachers, and a character-building program that’s second-to-none. These elements serve as stepping-stones for Grace students to be successful after Grace. And Dr. Patton intends to maintain and grow the school’s current repertoire of programs and curricula.

“I get highly motivated when I see students who are given the opportunity to accomplish things academically, athletically, spiritually, and artistically,” he says. “I intend to provide a safe, caring, nurturing environment for our kids.

“Ultimately it’s important for our students to be able to look back on their time at Grace and know that the staff, their teachers, and the administration all wanted and gave the best for them,” Dr. Patton adds. “I believe that to be the case here at Grace.” 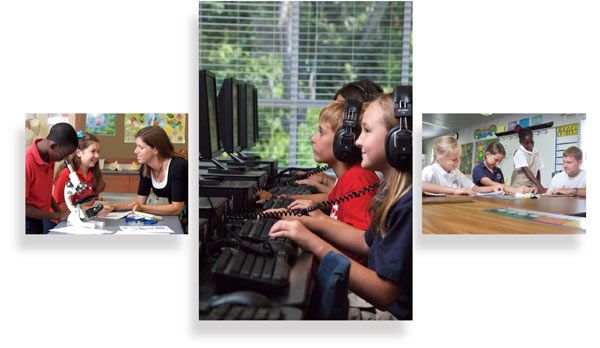 Even with a new head of school in place, Grace students and parents can rest assured that some things never change. The Grace mission remains the same—academic excellence in a Christ-centered environment. No longer considered an Episcopal school, Grace is now affiliated with Christ the King Anglican church. Father Don Curran remains the school’s chaplain and will continue in that role once the church has moved to its permanent location on the Grace campus.

While Dr. Patton has a strong background in business and administration, it was his spiritual beliefs and background that led him to Grace.

“This journey for my wife, Mary Ellen, and I began in the late ‘80s when we were approved to go on foreign missions,” he says.

Unforeseen circumstances curtailed the couple’s foreign plans and they instead looked into stateside ministries. With four children of their own, they chose a ministry that served as a safe haven for children from drug-abusing families and then God used that experience to lead them to leadership in his first Christian school.

“I’ve always enjoyed working with the kids,” Dr. Patton explains. “I feel like this type of work is a calling for me and my family.”

The grandfather of four young children says he intends to make a long-term impact on Grace.

“This school was strong before I got here,” Dr. Patton says. “Now we’re going to make it even stronger. The arts and technology are going to take priority over the next year or so with the construction of the fine arts center and a gymnasium. In three to five years, portables now used by the Lower School will be replaced by permanent buildings, and the five- to seven-year plan is to establish our high school program.”

Yes, Dr. Patton and the rest of the Grace staff have big future plans for their students and their families. In the meantime, though, it’s one step at a time.

“We’re starting out of the gates very strong this year,” Dr. Patton says. “We’ve got a fantastic group of kids and it looks like the 2010–11 school year will be a great year at Grace.”