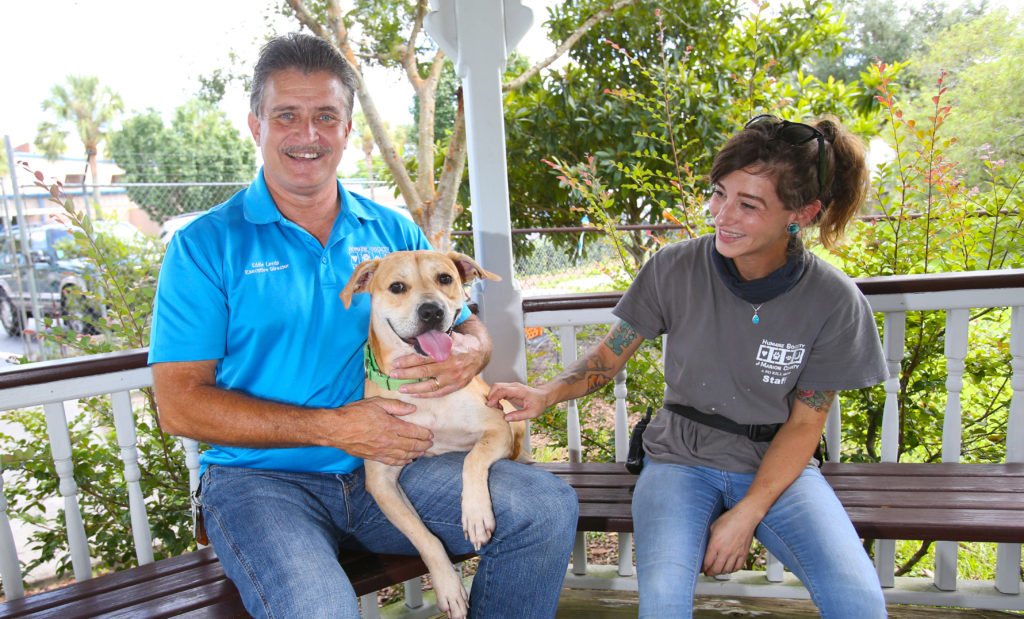 A lifelong animal lover, Eddie Leedy’s current menagerie includes seven horses, three dogs, one cat, a flock of guinea hens and chickens, and two sulcata tortoises. And if that wasn’t enough critters to care for, Leedy also oversees those residing at the Humane Society of Marion County (HSMC). After serving on the HSMC board for several years, Leedy became the HSMC executive director in January of this year.

“As a kid, my first pet was a hamster named Mikey and my first dog was a white German shepherd named Wolf,” says Leedy. “I got my first horse when I was 18 and I’ve had horses ever since. I just love having and being around animals.”

Leedy retired as a captain after 34 years with the Marion County Sheriff’s Office (MCSO) and continues to be its volunteer mounted unit commander.

As far as HSMC President Roseann Morton is concerned, he is a perfect fit for the executive director’s position.

“Eddie obviously loves animals, but beyond that he brings great management skills from his years in various roles with the Sheriff’s Office,” says Morton, who began volunteering at the HSMC in the 1990s before becoming president in 2013. 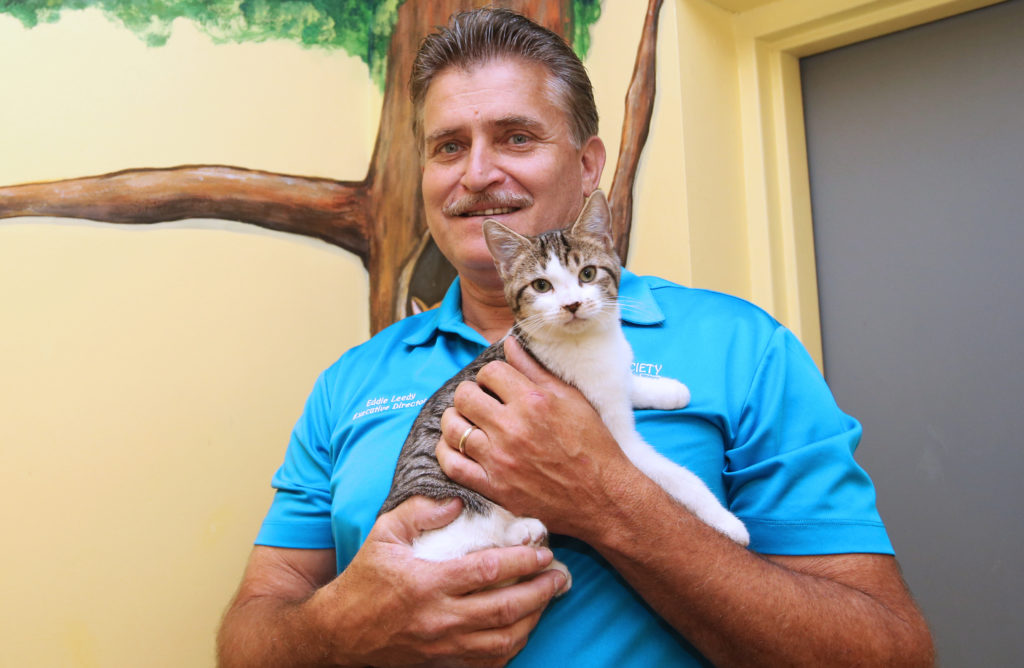 “People seem to forget that nonprofits are a business and if you don’t run one like a business, you’re going to be in trouble. Besides having a lot of heart, Eddie has the excellent management skills that we need to keep moving forward with our mission to speak for the animals and their welfare.”

A 501(c)(3) nonprofit organization, the HSMC was founded in 1964 and built its first facility in 1979. The organization moved to its current six-acre location at 701 NW 14th Road in Ocala in 2005. The no-kill shelter takes in dogs and cats, including strays, those surrendered and animals from the Marion County Animal Center, which is also now a no-kill facility. HSMC can house 95 dogs in a combination of indoor/outdoor kennels and 100 felines in six cat rooms. The facility also includes a small clinic, staffed by two veterinary technicians to treat animals who come in injured or sick. A veterinarian also comes in once a week to handle more serious cases, as well as the neutering and spaying and vaccinations.

“The HSMC is totally funded by sponsors and donors. People often leave the HSMC money in their wills,” says Leedy. “And our thrift store is also a good source of our revenue, thanks to the public who shop there. I am always touched by how generous the Marion County community is. We appreciate the community support each and every day.” 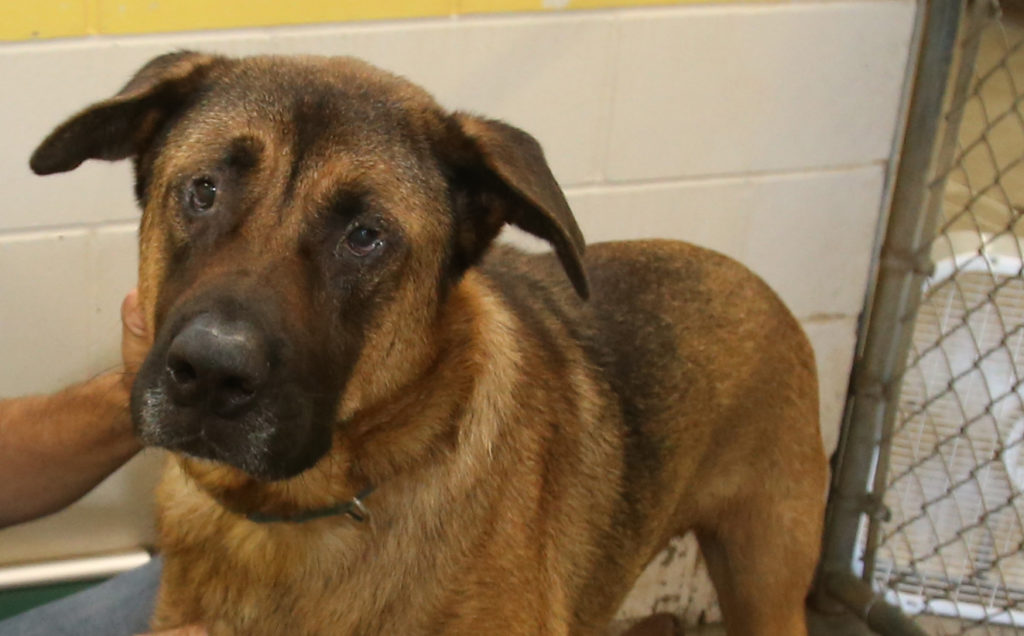 Ask Leedy about a typical day at HSMC and he chuckles, saying, “I’m not sure there is such a thing as a typical day here. We do have a schedule for each day and try to do our best to stick to that, but we also have to be flexible depending on unexpected events. We might get in a lot of animals one day that we have to deal with and the injured or sick ones are definitely more time intensive. But we have a great staff and great volunteers that can handle it all.”

Among those volunteers is Leedy’s wife, Tamie, who retired as an executive secretary with the MCSO. Married 26 years, Leedy says, “Tamie is as animal crazy as I am, so it’s nice that we both put that to good use at HSMC.”

And even while the society’s facility was closed to the walk-in public during the early COVID-19 shutdown, Leedy notes happily that “adoptions stayed steady and we expect to reach our annual adoption number of 2,000.” The facility opened back up to the public with regular hours on July 13th, with COVID-19 protocols, including the wearing of masks by staff and the public. Leedy is looking forward to several HSMC programs kicking back in soon as well. 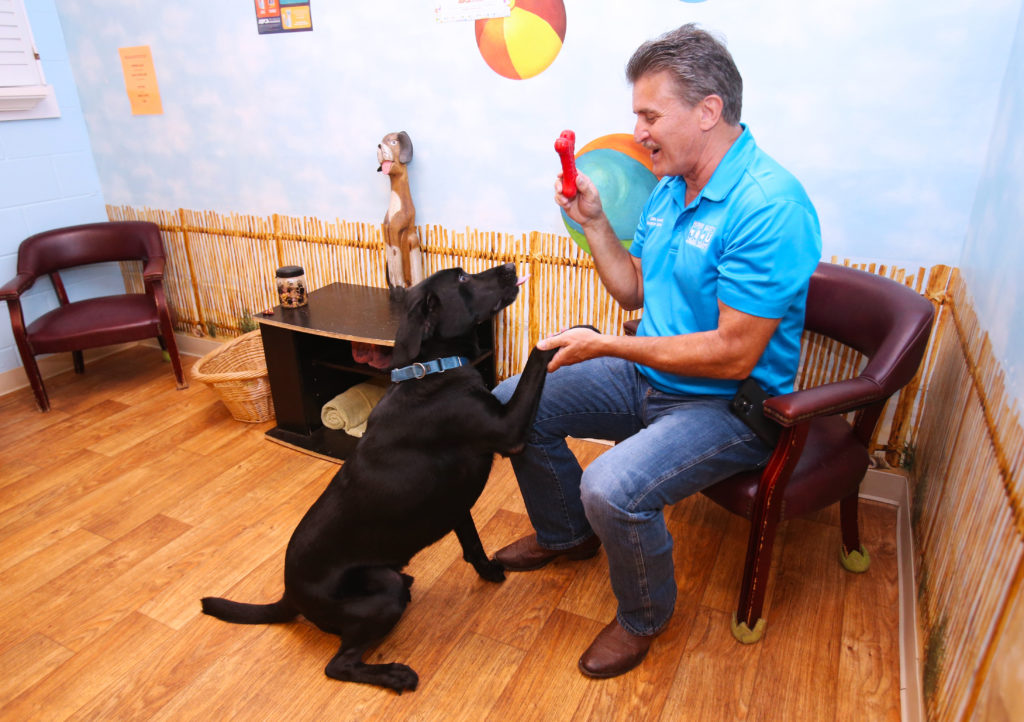 “Hopefully, we will get our DogGone Good reading program restarted soon. It’s always a joy to watch and listen to the kids reading to the dogs,” says Leedy. “We also have our humane education programs, including the Magic Bark Bus that goes to all Marion County public and private schools.”

Future plans include a possible expansion at the facility.

“We hope to build a new building that would include a larger veterinary and surgical clinic than what we have now,” says Leedy. “And it would include a quarantine intake area that we definitely need. But, of course, it’s on our wish list right now and the funding would have to be raised to finance the expansion.”

Meanwhile, Leedy says he is content in his new position.

“It’s a lot of work, but it’s also very rewarding work,” he says. “Every day, I love seeing people make that special bond with a new pet and give it a forever home.”