After years of planning and preparation, the school is finally welcoming their students and faculty to the new and improved Andersen Campus.

Kate Taylor’s eyes light up when she talks about her teachers. “We have the best teachers in the world here,” says the nine-year-old. “The best principal, too.”

Her classmates Alexandra Daley and Kylie Ditty, also both nine, get equally as animated when talking about their school and their fourth-grade class. 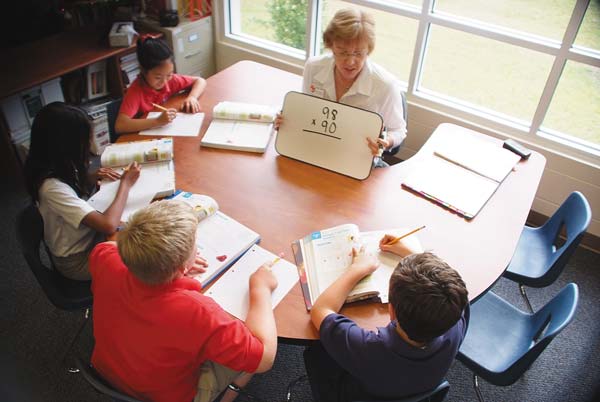 “Math is my favorite subject,” says Kylie. “Mrs. Wilson teaches us easy ways to do things. I also like church and courtyard where we get together to talk about events and pray.”

“We do a lot of fun activities in church, too,” adds Alexandra. “But the greatest thing by far is the friends we all make.”

It’s not every day that children get so excited about attending school. That is, unless you talk to the kids at Ocala’s Grace School.

Grace has celebrated huge milestones in the past several years—a 50-year anniversary and the grand opening of their new Andersen Campus near Bellechase.

“Even with the new campus, we’re still the same school,” says Head of School Edward England. “We’re doing the same thing we’ve done for five decades. The heart of Grace is the faculty and students and that won’t change. We’ve just got a new and improved location.”

New and improved might be an understatement. Grace School went from a cramped 2.2 acres in downtown Ocala to a sprawling 50 acres off CR 475. Currently, 32 acres have been developed, and the school has big plans to incorporate as much green space as possible into the new campus plans. 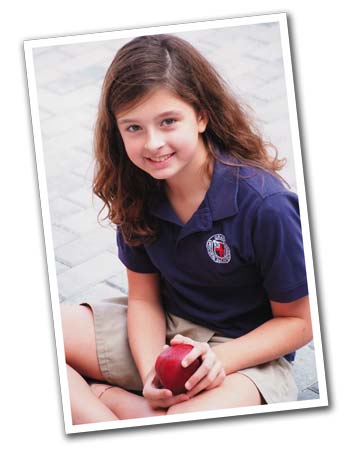 “We started with raw land,” says England. “It gave us the ability to look at everything we wanted to improve upon from our old campus, allowing us to create new facilities that will accommodate and grow with our students.”

In addition to nature and greenery, technology and security played important roles when choosing the final design for the campus.

“Student safety is a top priority,” says England. “The main entrance is a locked security gate with grates on either side. Each teacher and faculty member has an electronic fob that unlocks the door, recording who enters and when.”

The door is open during drop-off and pick-up times but locked otherwise throughout the day. As added security, each classroom features an emergency exit—also locked from the outside.

Currently, the fourth- through eighth-grade classrooms are completed and being used, and the kids couldn’t be happier. The pre-school and lower school students are attending classes in modulars while their permanent buildings are under construction. Brand new computers, specially-designed shelving and storage systems, and bright, cheerful décor fill the classrooms.

“We really tried to get away from institu-tional furnishings to make the school and classrooms look and feel more comfortable,” says England.

The next phase of construction to start is the 20,000-square-foot student activities center. Fundraising is underway to raise much-needed money for the project.

“I’m really excited we’re going to be building that next,” says Athletic Director and Administrator Debbie Bruni. “It will be great for assemblies, sports, and holiday events.”

Eventually all buildings and facilities will be housed in permanent structures within the school’s secured entrance. While the staff, faculty, and student body are excited about the new campus, England is quick to point out that Grace isn’t just about shiny new buildings. The mission of the school remains the same—academic excellence in a Christ-centered environment. 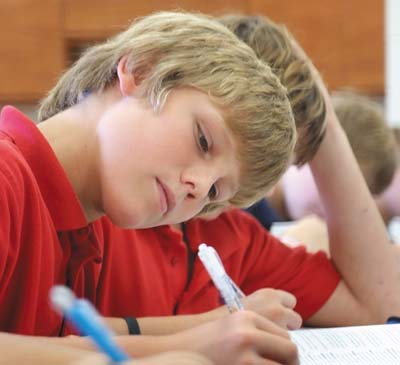 No longer considered an Episcopal school, the school is sponsored by Christ the King Anglican church. Father Don Curran serves as the school’s chaplain and will continue to do so once the church has moved to its permanent location on the Grace campus.

Accredited by the Florida Council of Independent Schools and the Florida Kindergarten Council, Grace School offers a well-rounded curriculum and developed relationships with teachers. 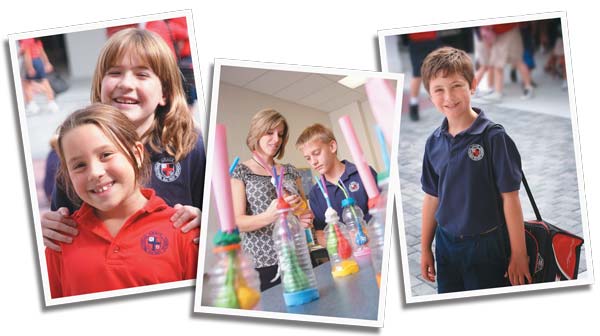 In general, the faculty and parents of Grace set their expectations very high for the children, and the kids continually meet and surpass those expectations. At Grace, they believe involved teachers, parents, and staff are the keys to success.

Consider that each year, students from Grace School make a strong showing at the Florida State Science Fair. In fact, three graduates have even been awarded a trip to the International Science Fair. Since 1998, seven of the valedictorians in Marion County high schools were earlier graduates of Grace. These achievements are an indication of the caliber of teachers and students at the school. 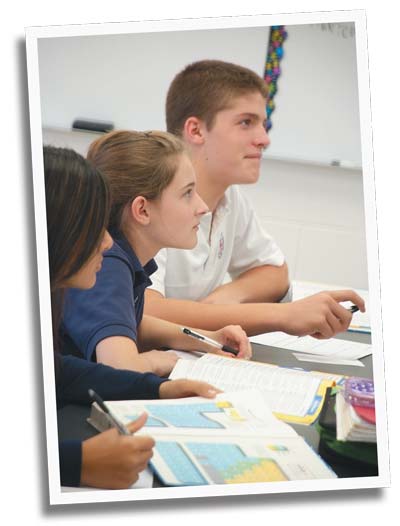 “One of the reasons our kids thrive is the relationship they share with their teachers and the rest of the staff,” says England. “Teachers know their kids not just as students, but as people. We love and respect our kids, and I know the feeling is mutual.”