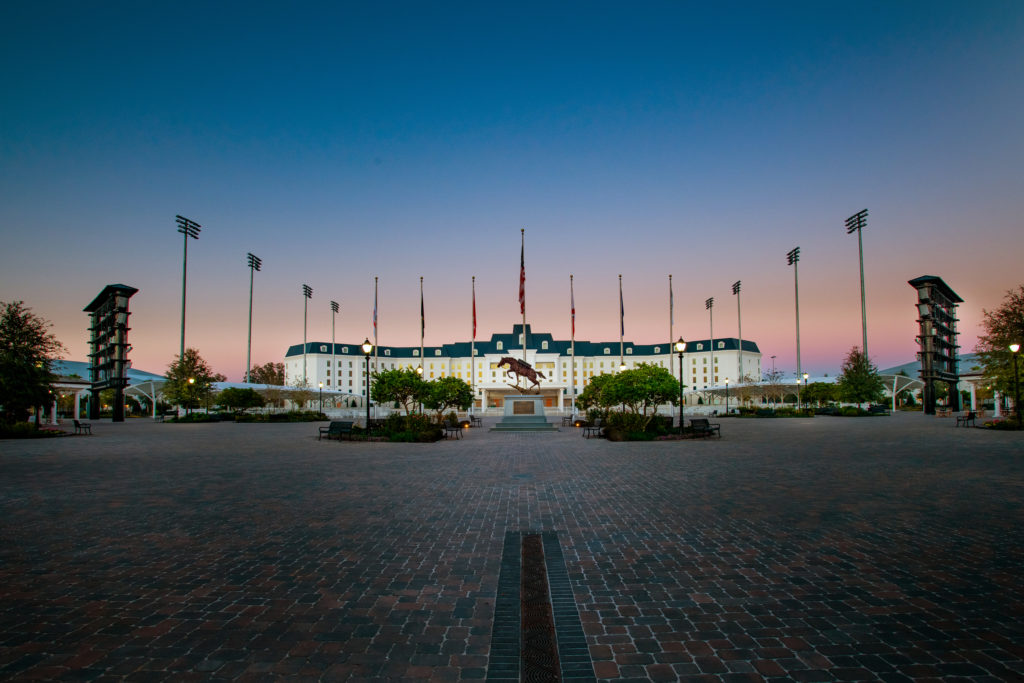 Sure, it’s hands-down the premier venue for top-flight equine competitions, but Ocala’s new World Equestrian Center (WEC) is also an enticing destination with something for everyone in our community to enjoy.

For four years the Marion County community watched and waited as we got announcements of the planned northwest Ocala complex spread between State Road 40 and the Golden Ocala Golf & Equestrian Club.

We saw the billboards with grand renderings of the property’s flagship Equestrian Hotel. We watched as entrance gates were erected on State Road 40 and Northwest 80th Avenue, catching glimpses of enormous arenas and barn structures being built. We saw thousands of trees, bushes, plants and flowers going in. We heard rumors that the Roberts family’s new endeavor would be bigger and better than their existing WEC in Wilmington, Ohio. And we wondered—what will it be like, and when will I get to see it? 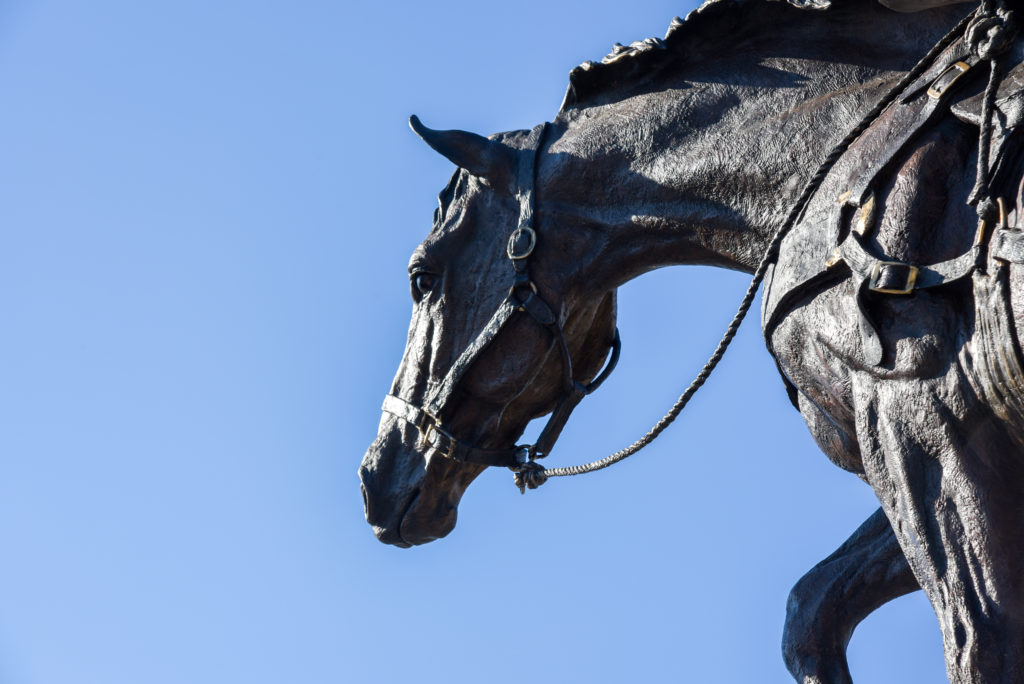 Well, the wait is over and it was well worth it. The Horse Capital of the World’s new venue is undoubtedly the state’s premier horse show facility, but it is so much more than a haven for horses and their owners. At a VIP preview on December 9th, Roby Roberts gifted it to all of us.

“The main thing we say is that the World Equestrian Center belongs to everybody,” he declared.

Roby is the son of Ralph “Larry” and Mary Roberts, whose first enterprise was R+L Carriers. They built Golden Ocala Golf & Equestrian Club, and WEC Ocala is their latest dream come true.

“The goal is to get the whole community involved,” Roby Roberts continued, “and
have people come here and jog at nighttime and enjoy the restaurants, enjoy all the different events, from car shows to auctions to dog shows to horse shows. So we’re much, much more than the equestrian center… Welcome to your new home, the World Equestrian Center.” 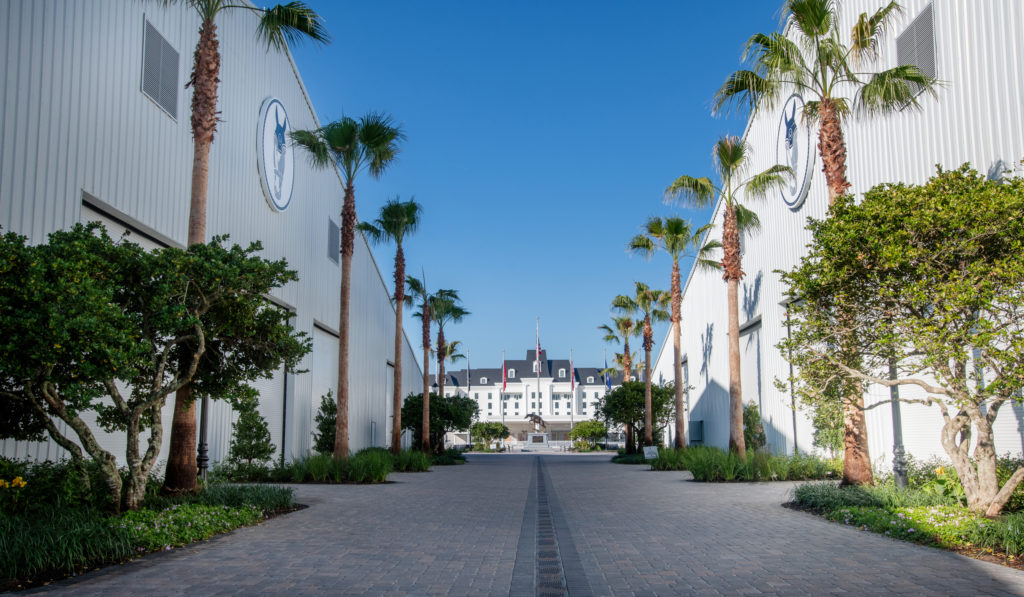 Spread across more than 300 acres, with plenty of room to continue development, the sprawling complex includes multiple spaces which can be rented for all types of events.

The 8,000-seat Hunterland stadium, with its two covered grandstands, 30 feet by 60 feet Jumbotron and lighting for nighttime events, is not only the complex’s largest space for world championship hunter/jumper events such as a Grand Prix, it’s also a perfect space for concerts, graduations or other large spectator events.

Multiple outdoor venues were designed to accommodate a variety of athletic, recreational and sporting events, which could include soccer or lacrosse.

“We have 500 golf carts that we purchased and we have these giant screens inside the arena,” he notes. “So, you can rent a golf cart and have dinner and have a date night…like a drive-in movie in a golf cart.”

His wife, Jennie, adds that music will be another component to creating a welcoming atmosphere.

“We’d love to have some live music,” she says. “People can eat outside and listen to the live music.
We want to always have something going on so everybody feels welcome.”

Five exposition centers, at 132,300 square feet each, provide indoor space big enough for all types of conventions and trade shows as well as dog or other animal shows. They can be set up for volleyball or basketball games and dance, cheerleading or martial arts events.

Coming in May will be the Festival of Speed Thoroughbred Weekend, bringing exotic, classic and muscle cars for a high-end car show featuring autos by Porsche, Ferrari, Rolls-Royce, Bentley, Lamborghini, Aston-Martin, McLaren and others.

Canine associations are planning shows, and Roberts says they’ve had inquiries from entities as diverse as a goat show organizer.

Set on a knoll in a central location, the chapel is meant to be a welcoming, come-as-you-are place to worship. However, it received some special touches, for good reason.

“The chapel chose its own space,” explains Ric Owens, lead designer for Roberts Design and project coordinator for WEC. “Mrs. Roberts went out there one day and said, ‘This is where I’m building the church.’ And she put it there and her true inspiration says she wouldn’t have any of this if God didn’t give it to her. So, she said, ‘God’s going to get the best. So she gave the best property and land to Him and built that whole church around an antique bell…that we repurposed for this church.” 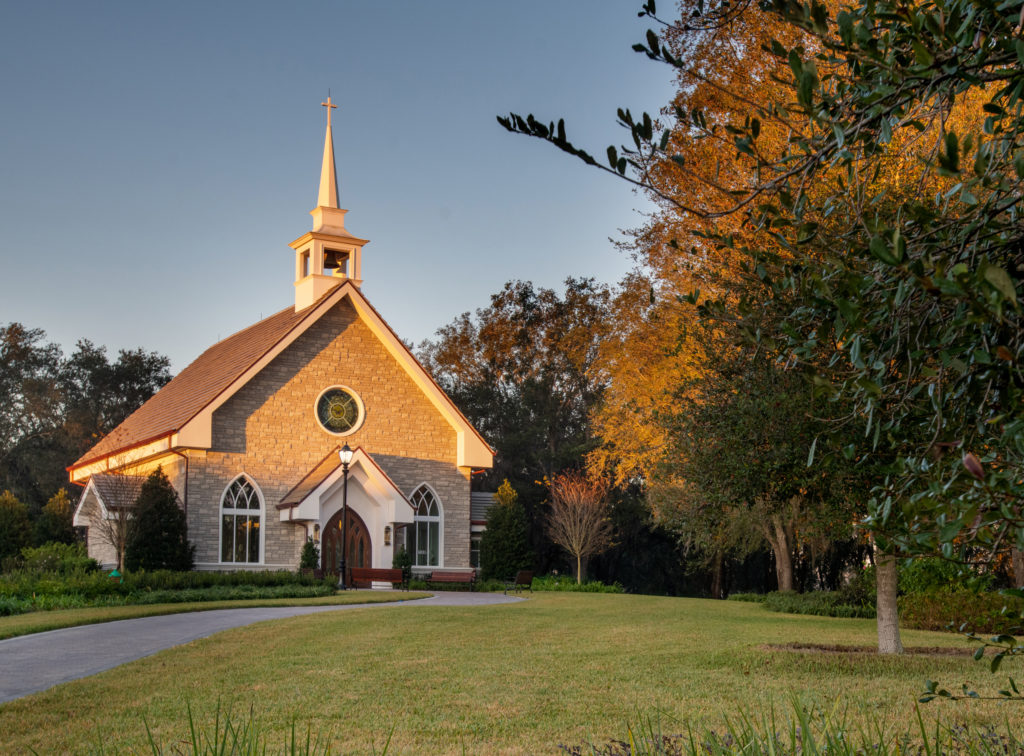 Owens adds that Mary Roberts’ vision was a bit grander than that of your typical chapel, explaining that she was hands-on in designing the stained glass and even incorporated the same type of  Swarovski crystals  found in the chapel’s chandeliers to create a truly magical effect.

“During the daytime, the crystals all do rainbows,” Owens reveals. “And in the afternoon, when the sun is setting, the light goes through the crystals and the stained glass and rainbows the whole church. It’s fun when it happens…that beam of light comes right in the front door and it’s rainbow city. It’s beautiful.”

The beautifully appointed chapel is sure to be a hit with brides and grooms, and several spaces across the complex can be rented for wedding receptions, from rustic barn themes to more formal celebrations.

One special feature under consideration would surely create some wintertime excitement.

“We’re even going to possibly put a refrigeration system in one of the floors so we can turn the floor into ice,” Roberts reveals. “We can have a winter wonderland at Christmas, hockey for the kids.”

Parents would be able to bring their children to ice skate for the first time, he muses. It may be a bit of personal nostalgia for Roberts, remembering how he met his wife Jennie nearly 28 years ago at
WEC Wilmington.

“It was a snowy night and I met her in the party hall,” he recalls. “It’s been an amazing adventure ever since.”

The owners expect organizers from across the region to host large parties there, and Roberts knows what to expect from his own experiences at WEC Wilmington, where he grew up.

“We want to be everybody’s place,” he says. “In Ohio, we had our prom there. I met my wife there. And it’s so much smaller than this, but in our little town of Wilmington, where I grew up, our equestrian center there (which used to be Roberts Arena) was the place where people went to have all their meetings, parties and weddings.

“When you go to Wilmington World Equestrian Center there’s so many people that say, ‘I got my first dog here,’ ‘I rode my first pony class, my first hunter class here,’ ‘This was the first place I drove to when I got my license,’ so there’s 35 years of memories. And we get to start that all over here. Which is an amazing thing. It’s everybody’s place. It’s not our place, it’s the whole community’s place. Whoever lives in this town, they’re going to have a piece of that and it’s theirs.”

Four eateries are currently open across the complex, offering inside and patio dining, as well as to-go options. Each has its own vibrant theme and is named for someone in the Roberts family. 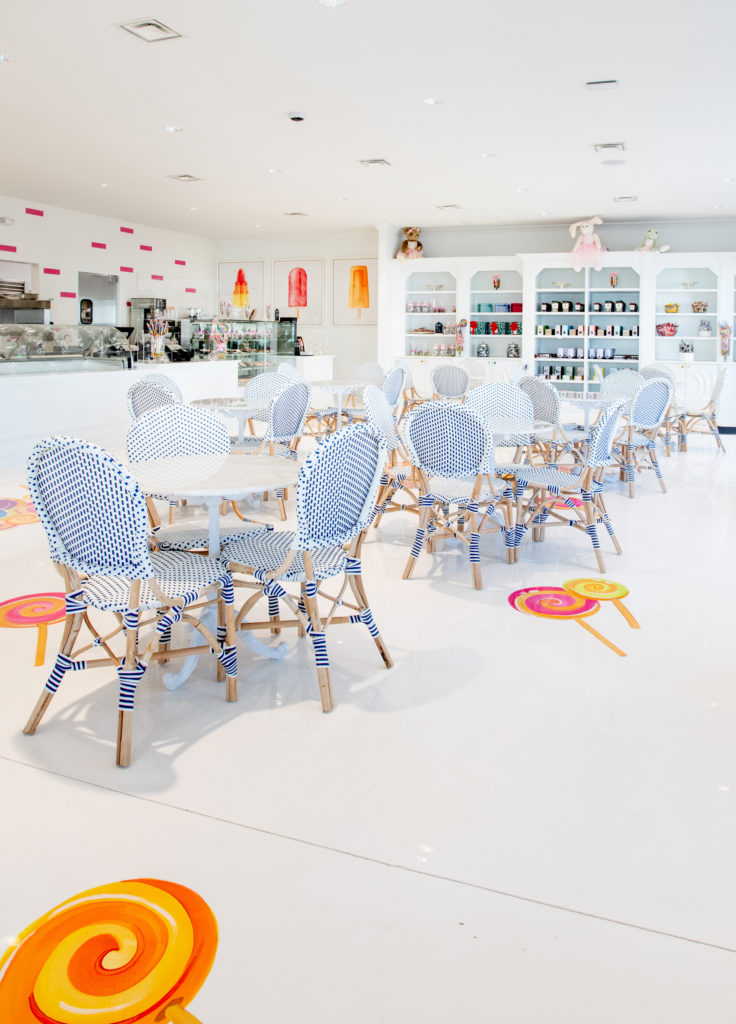 In the mood for Italian? Head to Viola & Dot’s, named for Mary Roberts’ mother, Viola, and her sister, Dot. Hearty favorites such as lasagna and pizza, by the pie or by the slice, as well as custom-crafted salads, are served in a warm family atmosphere.

For traditional American cuisine, including handmade burgers, fries and a diverse array of sandwiches, from fish to pulled pork barbecue, there’s Ralph’s, named after Mr. Roberts, and located next to the stadium.

Whatever you choose for your main course, save room for Miss Tilly’s Lollipops. Named for a beloved family dog who liked to play dress up, this colorful confectionery will entice you with the mouthwatering aromas of fresh baked treats and you can choose from an array of ice cream flavors, housemade candies and freshly dipped chocolate confections. With its old-fashioned ice cream shop vibe and whimsical hand-painted murals, this is a must for kids and candy lovers.

The Future is Bright

The stylish five-story, 248-room Equestrian Hotel, overlooking the Grand Stadium, is set to open in April. In addition to welcoming visitors from all over the world, the hotel will have two hotspots sure to intrigue locals: Stirrups, the fine dining restaurant, and the Yellow Pony, an authentic Irish pub featuring a 33-seat horseshoe-shaped bar, complete with custom saddle barstools—in both English and Western varieties. Guests may choose to dine al fresco on the covered terrace that overlooks the stadium.

The hotel also will be home to Emma’s Patisserie and its fresh-baked French pastries, as well as a luxury day spa and boutique shopping establishments offering fine art, jewelry, antiques, equine-inspired goods and a toy store.

The World Equestrian Center complex is open to the public and parking is free. Leashed
dogs are welcome.