This Ocala chef has cooked up a near-fairy tale story in navigating business and love. 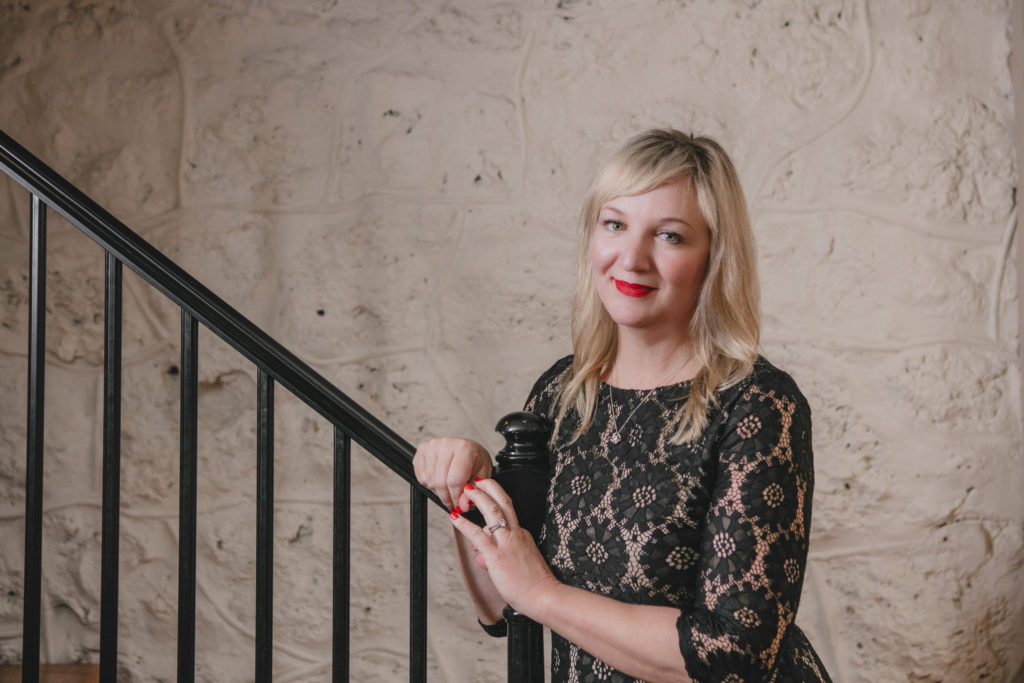 Chef Patti Moring McQueen—her new name as of December 26th, with her marriage to Tully McQueen—knows the challenges of starting and growing a business, navigating a new relationship and raising two daughters, all while dealing with the difficulties brought on by the COVID-19 pandemic.

Somehow she managed to flourish, despite many ups and downs, parlaying her success with her catering company La Casella to an opportunity running the restaurant and catering concession at the Hilton Ocala.

Patti credits her ability to cope with life’s curve balls and find success as something fundamental that drives her to never give up on her dreams.

The baby of eight children, who was born in Michigan, has called Ocala home since she was 19. She has been working in a kitchen since she started at an Italian bakery at 15. Later, when she was earning a bachelor’s degree in communications and English, she cooked many dinners for her sorority sisters and others.

“After I graduated, I was going to get my master’s at UF or go into the food business,” she recalls. “I was with a headhunter and she said, ‘I have the best lady and I need you to meet her.’ I asked, ‘What’s the job?’ And she said ‘It’s Waffle House.’ I said, ‘I’m not working at Waffle House.’ I was there 15 years. I had 18 restaurants and was assistant to the president at corporate for eight years. I got to work both ends of the business and learned a lot.”

After the franchise was sold, she and her now ex-husband, who lived in Tampa, moved with their daughters, ages 5 and 3, to Ocala. She helped him with his business for a couple of years and became involved with groups such as Rotary and the Chamber of Commerce, as well as serving on the boards of Fine Arts for Ocala and Ocala Civic Theatre.

“Then I started doing sales for the Marriott Hotel Group and learned a lot about the hotel business,” she offers. “I did a cold call to the college (College of Central Florida) one day. They asked if I knew how to cook. I said I had been in the food business my whole life, but I had two small daughters, so I didn’t want those hours. They said their job was 8 to 5 Monday through Friday. I was there eight years and managed all the food services and started a catering division―where I really learned to cook for a lot of people.”

It was during her time at CF that her first marriage ended.

It was at that time that she took a short break from her life in Ocala.

“I went to Italy for a month,” she offers. “One of my best friends was going with family and friends. I had a bunch of vacation time with the college, so I went. The house we stayed in was called La Casella.”

On April 1, 2019, she opened La Casella Catering, followed on April 21 with her acquisition of Woodlea Gardens Catering, which she purchased from Martha Jane Davis, who was retiring.

That’s when Patti met Tully and things got really interesting.

“We met online. I was going on a trip with seven other couples, my daughters and I, and they all knew him, for like 25 years,” she says. “We had our first date at Bonefish on May 5th, 2019. It was pouring rain. Before I even saw his face, he called and asked what kind of car I had and said he was going to run an umbrella out to me. I hung up and I’m like, ‘Are you ready for a real boyfriend Patti, because this guy’s gonna be a real man,’ she recalls with a laugh. “That was our last first date for both of us. We’ve been together ever since.” 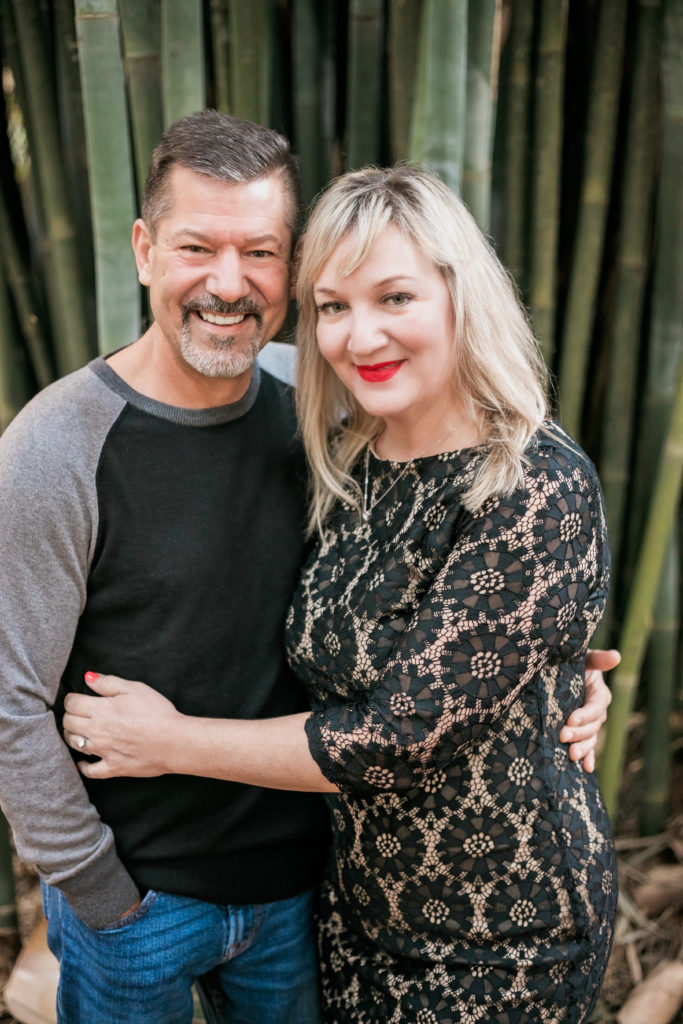 At the time, Tully was part owner of a business. He now is a manager with Sparr Building and Farm Supply.

“We had an amazing first year,” she says of the success of La Casella. “And then March 2020 came, the coronavirus, and I lost business. I was home for a couple of days crying and then I was like, ‘OK, you’ve got to figure this out,’ and I went to the shop and my clients would order casseroles or a dinner for two. Every day I had something, and it kept me sane.”

Patti navigated as best she could in the pandemic, which saw restaurants struggling and people cutting back on social events and parties.

On May 5th, she was working in her catering kitchen when Tully came in.

“He was dressed up and his face was red, so I asked him what was going on,” she recalls. “He said he had a lot going on, which made sense because my birthday was the next day. He said I needed to finish up and come home. When I got there, he said, ‘Let’s go to lunch, to Stella’s (Modern Pantry).’

“Nothing was really open. They had just opened Stella’s,” she remembers. “We’re the only people there and Chef Albert’s there and Tully says, ‘I went to see your mom today and I asked permission from Ava and Grace last night. The only thing I don’t have is the ring. Nothing’s been open.’

“And I said, ‘Well Agapanthus is open.’ He asked if they have rings and I said ‘yeah.’ So, we took our wine over there and Paula (King, the owner of Agapanthus) says, ‘What are you guys doing?’ and he said, ‘Well, I’m trying to ask her to marry me but I don’t have a ring.’”

Sticking out her hand, she shows the ring they got that day.

“We went back to Albert’s and he got on his knees and Paula brought this huge bottle of champagne and that was it,” she says sweetly.

Flipping open her phone, she shows a photo of her “real rings,” bands of diamonds and sapphires.

“At the end of May, a wedding planner said, ‘The Hilton is going to call you and you need to answer. They are looking for food for their guests and don’t have any kitchen staff.’ I said OK. I was doing a tasting that day, so I brought food within the hour. They said they needed salads and soups and dinners. I asked by when. They said tonight. We brought food and the next day the manager said they had catering things and asked if I could do that, and I said sure. Then he says, ‘I need my restaurant opened. Can you do that?’”

“The partnership has been wonderful,” she enthuses. “When I first came here, I didn’t have any money. I front everything, so it was hard figuring it out. One of my employees lent me money, otherwise I couldn’t have done it.”

“At first, I cooked for breakfast and dinner and had a room upstairs. I would take a nap because I couldn’t afford to hire someone,” she explains. “September is when my catering started picking up, mostly for doctors and we do a lot of pharmaceutical stuff and it had to be all COVID compliant, in boxes and individually wrapped.”

Pharmacist Paul Franck, one of Patti’s clients, says she makes “good, healthy food. People love it and they ask who did that? It’s always good quality, home cooked, different, and people appreciate that.”

“We learned a lot; my team,” she offers. “Now I want to spring off from where I was, not go back. We’re grateful.”

“When the shutdown began it was very difficult,” Tully says. “Patti’s catering business went to zero. But she adapted. As a family, we spent more time together at home and that brought us all closer, cementing our bond.” 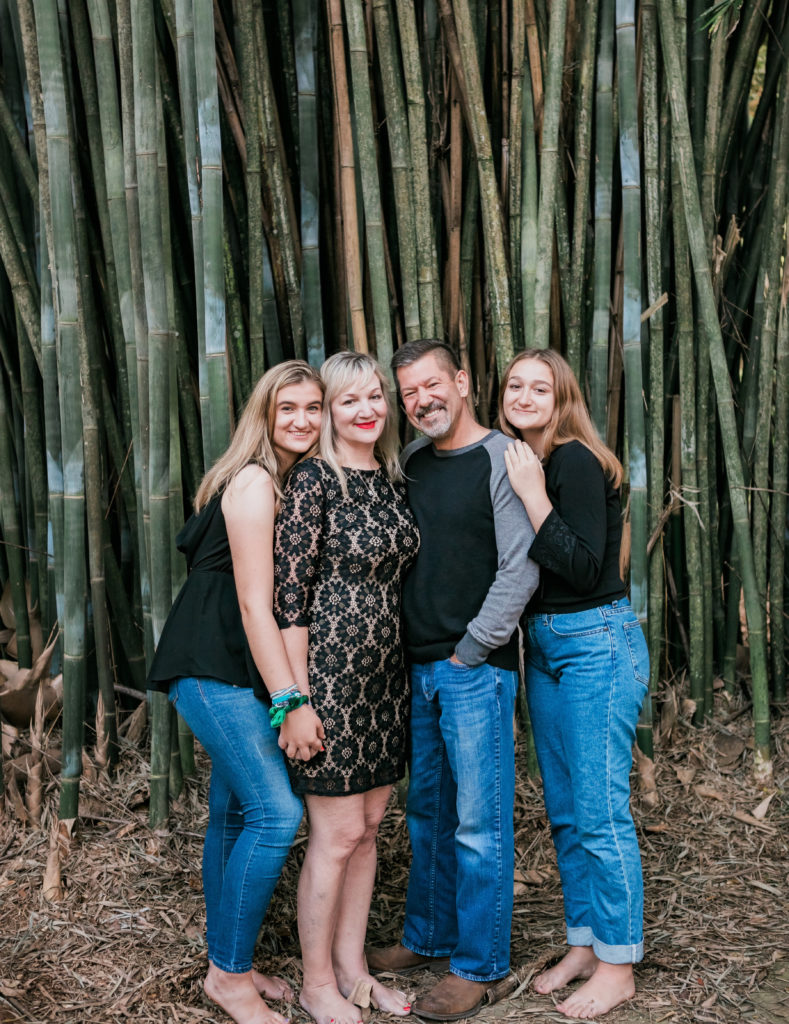 Tully says his and Patti’s hopes for the future are to open a bed and breakfast.

“Of this, I am certain,” he states. “With our combined knowledge, customer service and business acumen, it is sure to be a success. For our daughters, we want all three to follow their dreams. Life is short. We hope they do what they love.”

Ava and Grace are in the International Baccalaureate program at Vanguard High School.

Ava Moring says her mother is an inspiration and has taught her many life lessons, such as, “Never judge people right off the bat because you have no idea what’s going on or what they’ve been through behind the scenes. If you keep your mind open to new ideas, you can meet so many new people and learn so many new things you wouldn’t have learned with a closed mind.” She describes her mother as “a powerful woman who is incredibly caring.”

“You can never get anything without working for it and earning it,” Grace Moring says, recalling a lesson her mother instilled in them. “She is a fierce yet loving woman. She’s very independent and one of the strongest people I know.”

Near the front door of their home, amidst dozens of framed photos of family, friends and their children, hangs a piece of artwork bearing the following sentiment: Have you ever had a dream you thought was impossible? You abandoned your dream, but it remained in your heart. I had a dream. I tried to ignore it, but it was wedged deep in my heart. It followed me wherever I went. Then one day thing something shifted. I honored the essence of the dream. My dream became light. So every day I did one action connected to my dream. Then I did two things. Then three, then four. Now I am living my dream.

“I have definitely learned you have to not take anything for granted,” Patti says. “Things can change on a dime and you have to learn to grow and adapt. I just kept believing. And I didn’t want to give up on my dream of owning my own business.”

As for her advice for living your best life she offers, “I say surrounding yourself with the best people—family, loved ones, friends and the people at your work. If I didn’t have my daughters, Tully, my mother, my group of girlfriends and the women and men in my kitchen, I would never be able to do any of this. They save me in some way every single day.”