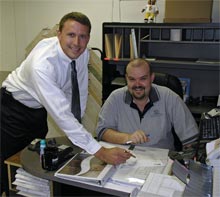 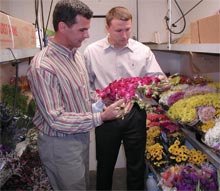 Customer service isn’t what it used to be. Today, when calling a business, it’s more common to be greeted by an automated computer than it is by a friendly person.

In the midst of an ever-changing marketplace, one local phone company is going back to the days of old, when clients were welcomed with a friendly smile and received prompt, courteous service. Every time.

The Alternative Phone Company (API) has long been associated with pre-paid residential phone service in Marion County and throughout the southeast. Now, API is offering Marion County business owners a new way to save on their phone services.

Jeff Roaderick, president of API, is excited about the direction his company is taking.

“I have noticed over the past several years the requests to provide business service has increased dramatically, he says.” There is a huge hole in this industry we felt we had to fill, so we developed a high quality suite of services tailored for the business customer. This is not pre-paid service, but business telephone service, backed up by personalized customer care.”

In an attempt to break up telephone monopolies, the phone industry was deregulated in 1996. This deregulation made it possible for smaller companies like API to offer local telephone services at a competitive rate.

Now, customers have a choice.

At the time the legislation was passed, Jeff was working as a software engineer after receiving his degree in computer science.

“I was looking for something different,” he says. “My stepfather Charlie and I researched the industry and decided to go for it. My brother, Jason, came on board about two years later, and now he serves as the account executive for our commercial division.”

After just seven years, API now has 11 employees and a customer-base in the thousands.

There’s something refreshing and satisfying when you know you’re supporting a local company. Jeff and Jason both grew up in Ocala and attended Forest High School. Both still live in the area with their families.

“Being a local company, we have a real stake in what our personality reflects,” Jeff says. “We live in the same community as the individuals we’re serving.”

That’s one point that was very important to Josie Martin, regional healthcare manager for Lincare.

“For me, the problem was with the lack of concern on the national telephone company’s part when it came to service interruption and how it affects our business,” she says. “We could wait two or three days for someone to come out and diagnose the problem. API makes it a point to respond immediately if there are ever any issues. I save money with API, but for the kind of service we get, I would have gladly paid more.”

Both Jeff and Jason, along with the rest of their staff, recognize the importance of quality customer service.

“We want to emphasize our reliability,” Jason says. “Our infrastructure is here and we’re established in the area. I can assure people that our company is in this for the long haul.”

The process of switching from your current local phone service provider to API is pain-free.

“The only two things I noticed when I switched my phone service to API were a cheaper bill, and a courtesy call telling me my service were changed,” Walt Bratcher, vice president of IPC Services, Inc. and ICL Builder’s Group, Inc says. “It was a seamless transition. I kept the same phone number and continue to receive quality service. I would recommend API to anyone.”

When a potential client would like to know more about API, Jeff and Jason will provide a free, detailed analysis of their current services.

“With the customers permission, we’ll run a report that breaks down their phone service bill,” Jason says. “We make it a point to sit down with each potential customer and carefully go over the current bill. We compare our cost to our competitor’s cost. Since API uses established phone lines, your service will not be interrupted, and you can keep the same telephone number The only change you’ll notice when switching to API is a less-expensive bill. There are no contracts or up-front costs.”

“I wasn’t looking to change phone companies,” owner of Petal Pusher Florist Dan Truluck says. “My entire professional career, I dealt with unresponsive, large phone companies. It just happened that I ran into Jason one day and I was in the middle of questioning my bill with my former phone company. We talked a little bit and I decided to give them [API] a chance. I can say it’s been great. I no longer worry about my phone bill being incorrect. I’ve been with them about a year now and whenever I need something, they’re always there to help.”

Jeff and Jason have found that anecdotes like Dan Truluck’s are all too common. They cater to customers who appreciate having a face-to-face relationship with their service providers.

“Many people want to be able to walk into an office to pay their bill,” Jason says. “You can visit our local office and talk to any of us directly. When you call us on the phone, you’ll be greeted by someone local, not somebody in another state. This type of customer service makes a difference.”