Her voice is captivating and her vocal range is beyond impressive. You might even say she was born to sing. But her award-winning voice isn’t just music to others’ ears—it’s her form of self-care.

Markevia Williams had never competed in a talent competition before, but on Saturday, November 10, she took home the win at Ocala’s Got Talent. The event was held at the Les Bowen Auditorium at Heart of Florida Youth Ranch in Citra, where Williams brought down the house with her finale performance of “I Can’t Give Up Now.” 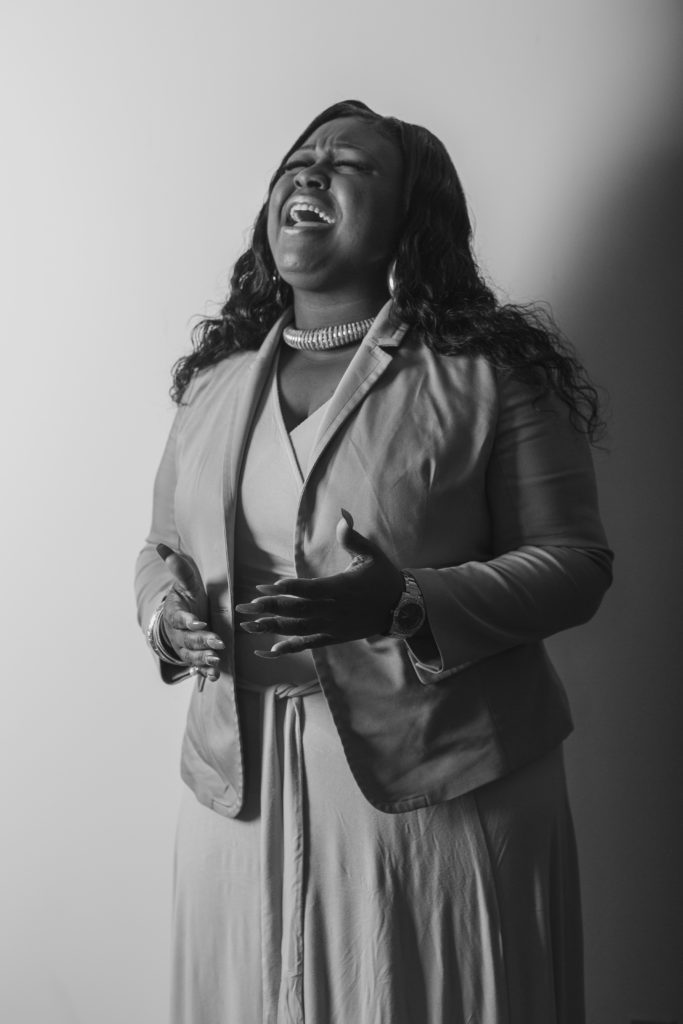 “This was my first time ever,” she says. “I went to The X Factor back in 2010 in Miami, and I sang gospel, and they told me I wasn’t what they were looking for. I didn’t stop—I kept singing. I heard about Ocala’s Got Talent through my HR colleague, Jessica Troyer, and she called me and was like, ‘Get in here and sign up!’”

Williams was born and raised in Sparr, Florida, and still lives there today with her two children. Truly a homegrown musician, Williams began singing around age 4 but has never had singing lessons or vocal coaching. She grew up in a family of musicians who could sing and play instruments, so it’s no surprise she is a vocalist who can play both the drums and the piano. Her love of gospel was a gift from her family, too.

“My father is a bishop, and he’s been pastoring for 26 years. I’m the only daughter of four children, but all of my father’s kids hold titles in the church. Just growing up and being around Christian people, teaching us how to love one another and treat people right regardless of how they treat you, it inspired me to do what I love to do, which is singing. And my mom, she would sing with me, and as I got older, my daughter now sings as well,” Williams explains.

When she got her email about the Ocala’s Got Talent auditions, she walked through that open door while others around her were closing.

“I was going through so much at that time—ending a 15-year relationship—and that’s what motivated me to push harder to pursue my dreams,” she says. “I may have lost a husband, but I still have my passion for singing. Singing has brought me out of so many situations because I minister to myself through words of encouragement in the songs that I sing.”

The emotion in her final performance was real. For Williams, winning felt “like a sigh of relief.”

“I was still hurting, but when I sing, that’s my way of releasing. No matter what you’re facing you have an outlet.”

Williams is beginning 2019 with a new job as administrative assistant for Youth Opportunity Investments. She looks forward to serving children in the juvenile justice system in her new role and plans to compete in more talent and singing competitions in the future.