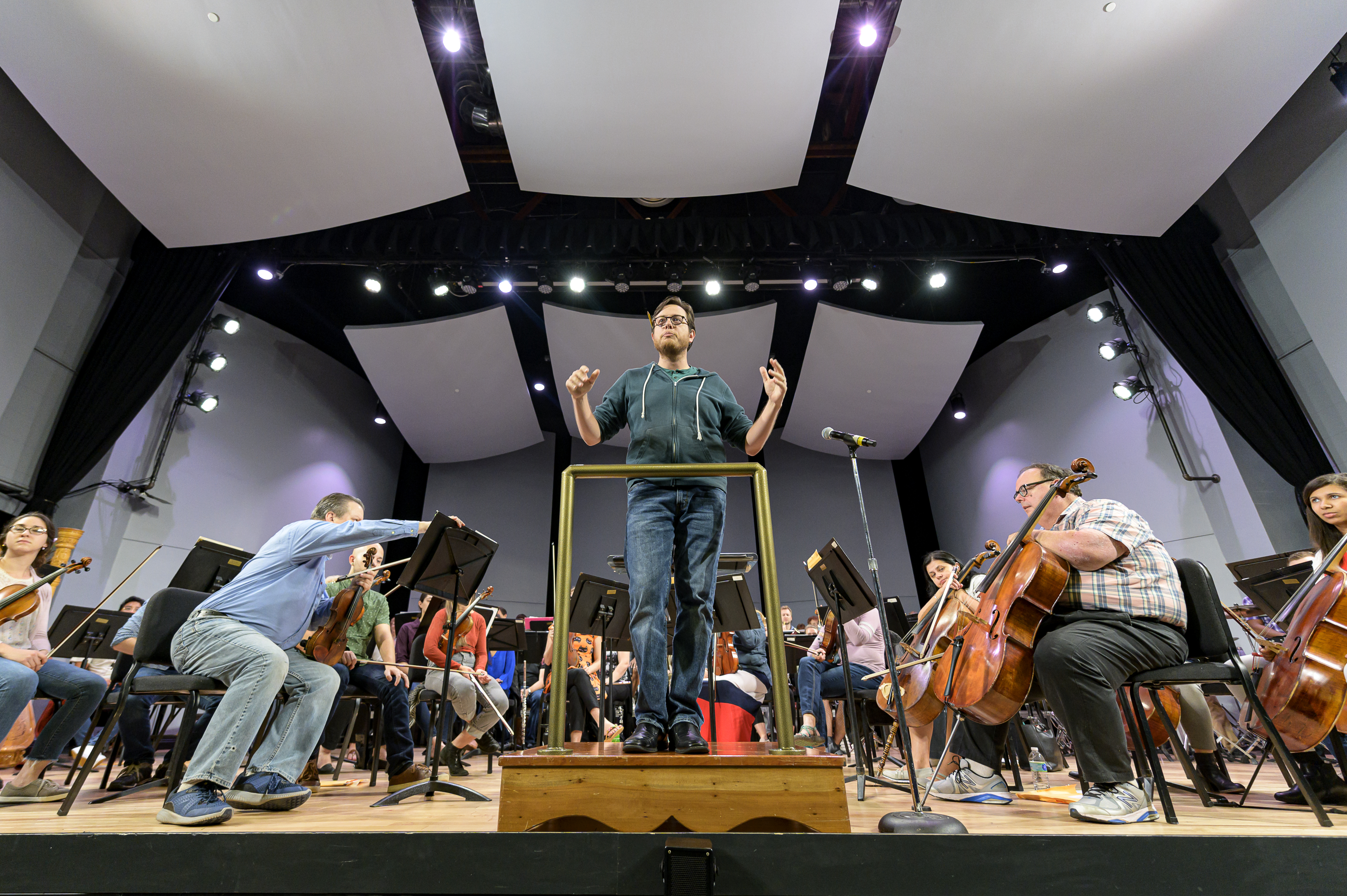 The Ocala Symphony Orchestra’s 15th Annual Symphony Under the Lights at 7:30pm on Friday, December 6th, at Tuscawilla Park, is a great—and free—way to kick off the holiday season.

Before the conductor’s baton is raised, before the first note is played for Symphony Under the Lights, comes the work. Very orchestrated work by a dedicated group of people operating behind the scenes.

“We actually only have a nine-person full-time staff, with four of those being in production,” explains Pamela Calero-Wardell, Executive Director, Development and Organizational Advancement, for the Reilly Arts Center (RAC). “Casey Fritz, our director of theatre operations, gets things rolling with event permit application one year out. And then one month before the event, she really gets to work. Casey is responsible for putting together and coordinating the actual production of the event. Her production team includes Kirstin Kennedy, Kathleen Stryker and Gary Sonneberger. We couldn’t have a performance without them.”

Since Symphony Under the Lights is on a bare outside stage, this presents a unique situation—no lighting, no music stands, no chairs for the musicians. Among Fritz’s duties is coordinating with Bunt Backline Event Services, a Gainesville company that provides the lights, LED wall and microphones for the musicians. Chairs, music stands, conductor’s podium and instruments have to be carried to the outdoor stage after the final rehearsal on Friday afternoon. Everything has to be arranged to a concert-specific configuration; each chair is labeled so the Bunt Backline crew knows where each instrument is to set the mics. If this weren’t enough to contend with, the RAC staff and Ocala Symphony Orchestra (OSO) are not only preparing for the Symphony Under the Lights, they’re also simultaneously working on Pops! Goes the Holidays! 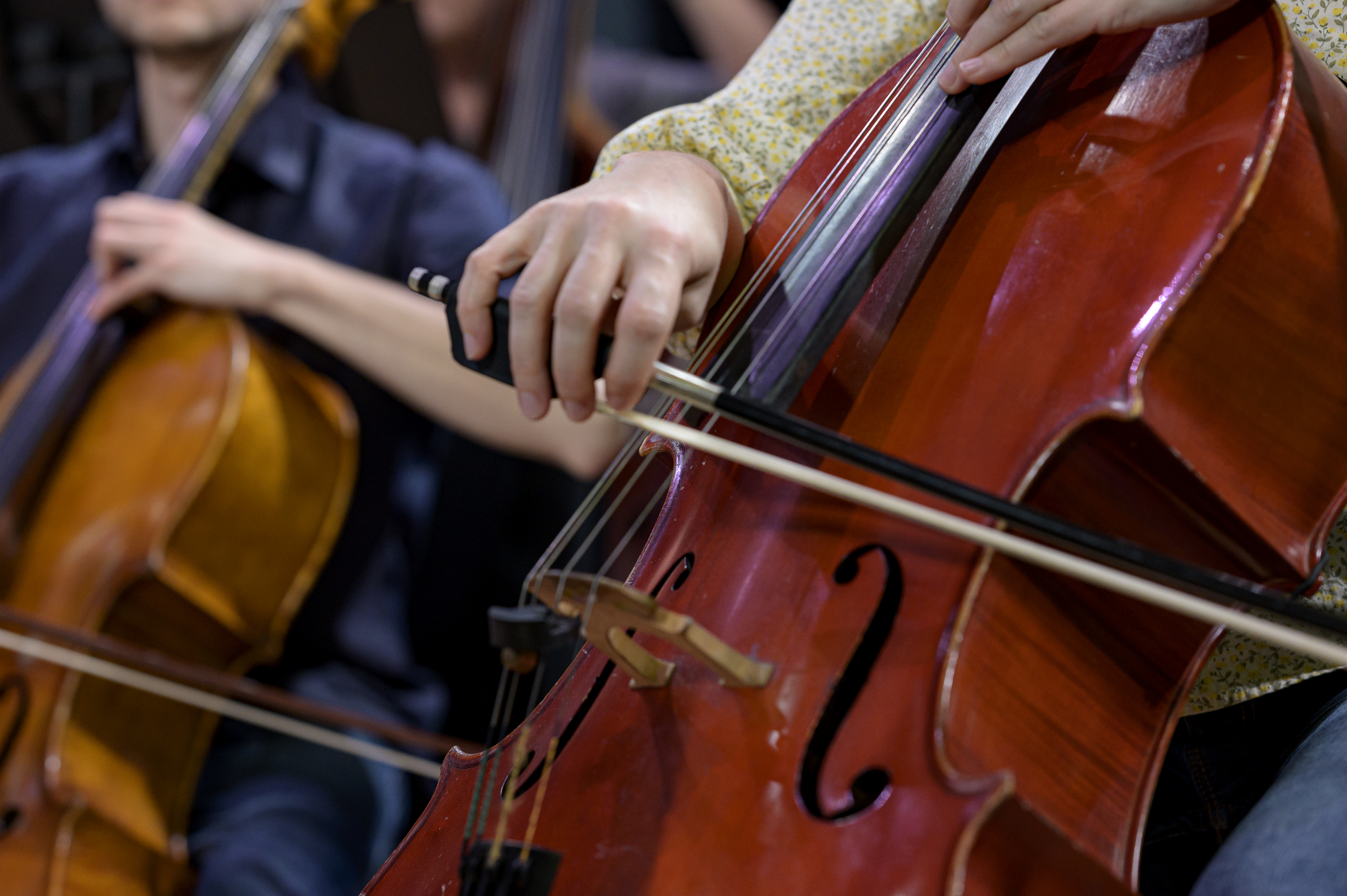 And yet, it all comes together with nary a missed note. The crowd begins gathering under the oaks in front of the outdoor stage in the late afternoon and enjoys the piped-in holiday music and free hot chocolate provided by Meadowbrook Church. The anticipation builds as 100 musicians, which includes the OSO and OYO, take their seats at 7:20pm. Following the traditional orchestra tuning by the concertmaster, the crowd is more than ready when Matthew Wardell, the OSO music director and conductor for the past 10 years, takes the stage. 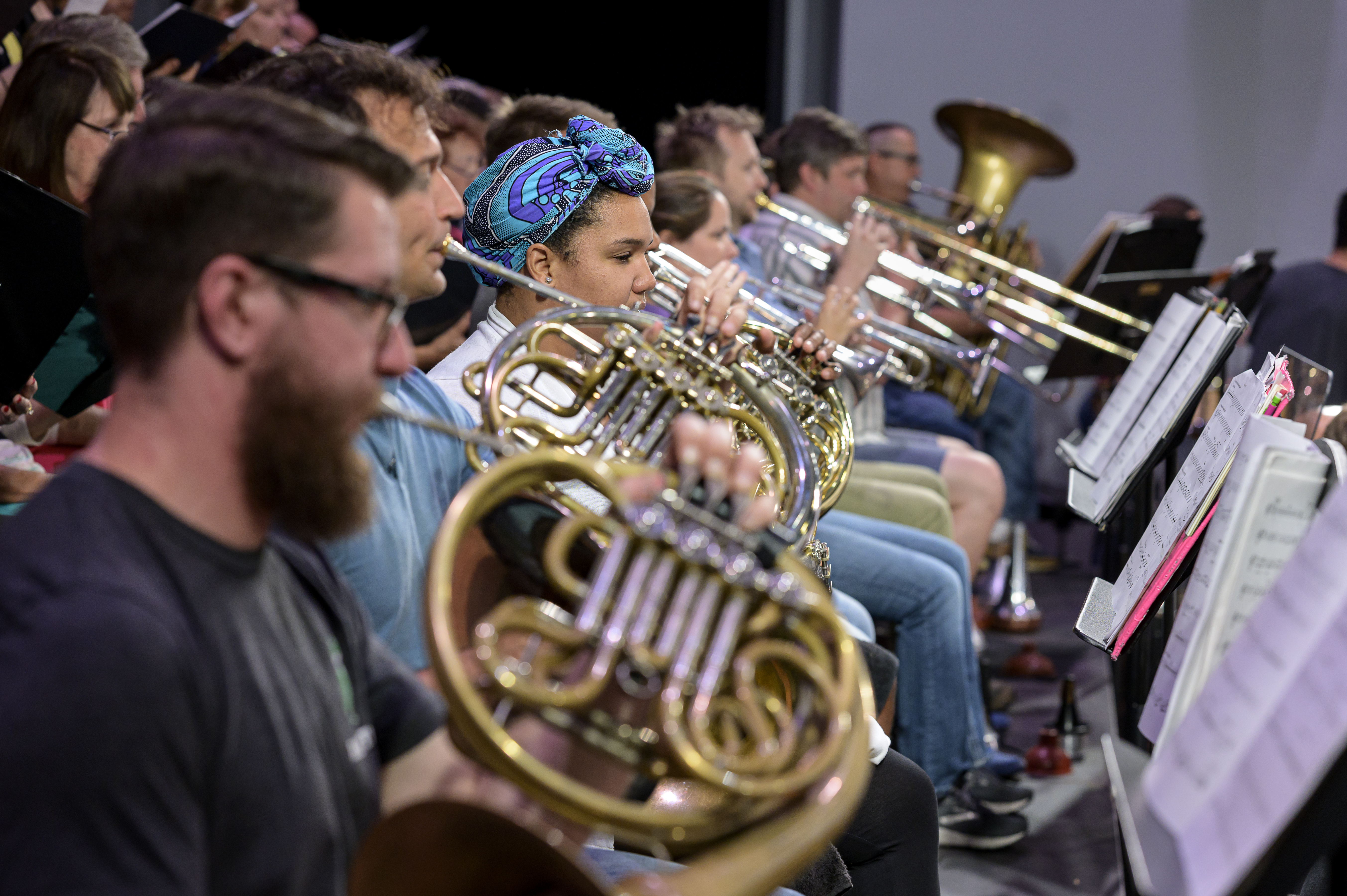 “It’s a 90-minute concert, which usually includes 25 pieces of music. We have to plan carefully so that we aren’t playing too many ‘Jingle Bells’ and keep the repertoire interesting,” says Wardell. “But we also make sure we keep the holiday staples that everyone wants to hear.”

According to Cindy Warringer, the OYO director, this year’s Symphony Under the Lights will begin with four songs from The Nutcracker. Included among the holiday favorites played is “The Night Before Christmas” and always features a guest narrator. There also is a medley sing-a-along, aided by words projected on a Jumbotron, of holiday standards like “Frosty the Snowman.”

“I really love when we do the sing-a-long and hearing the audience add their voices to the music,” Wardell offers. “And I really enjoy performing with the Ocala Youth Orchestra. I love the interaction between the young musicians and our musicians. It’s great addition to have the students as part of the music and the holiday spirit.”

Going into his 11th year with OSO, Wardell has watched the Symphony Under the Lights grow to become part of the community. Before moving to the RAC, the event was held in the Downtown Square and at Citizens’ Circle.

“We used to get 500 to 1,000 people and then last year we had almost 3,000 people. I think a big part of that is the community support that we’ve gotten from Jenkins Auto Group, our presenting sponsor, and the City of Ocala, Office of the City Manager, which is our supporting sponsor for the evening,” says Wardell. “Now in its 15th year, the Symphony Under the Lights has become one of those events that has become part of our community’s holiday tradition.” 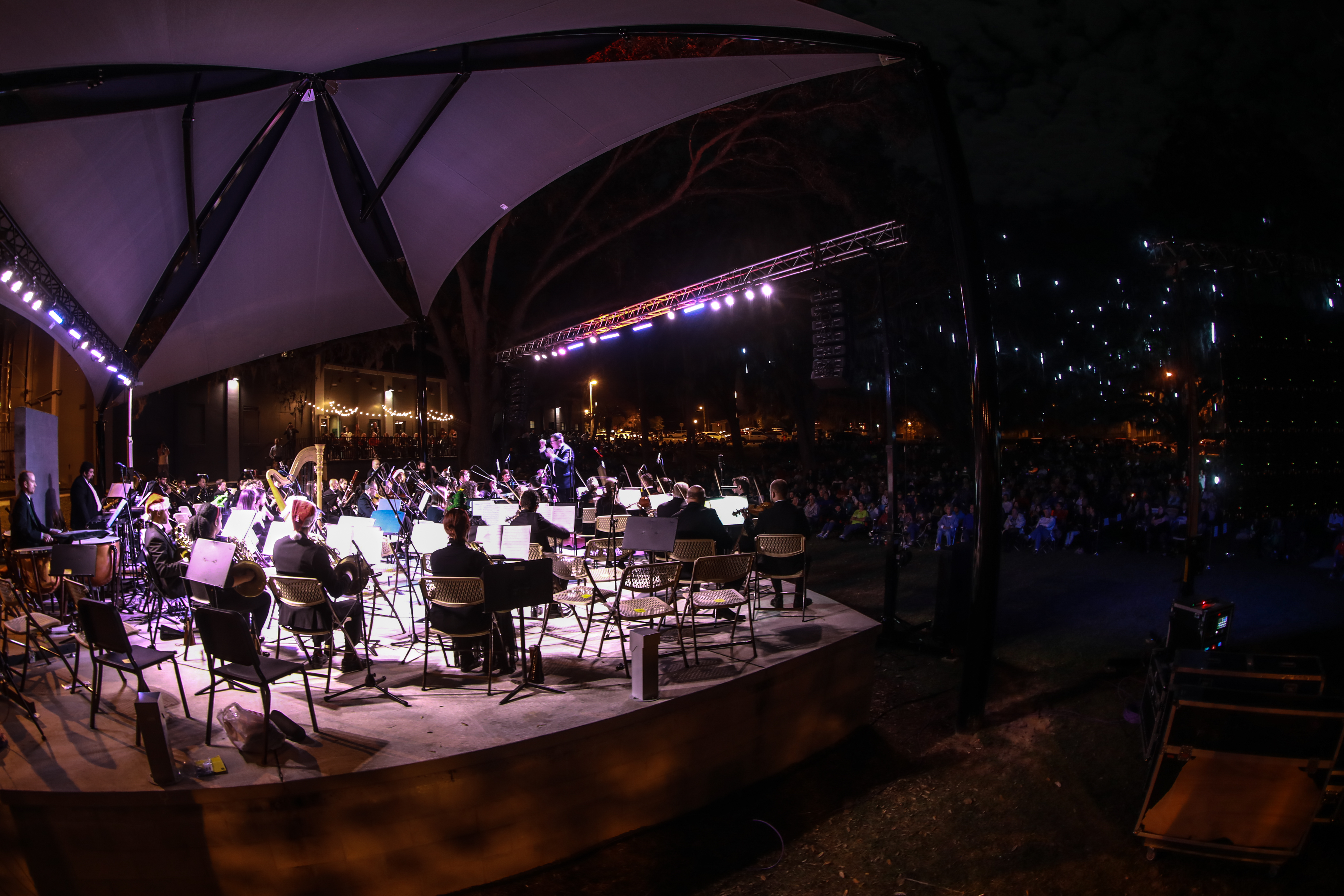