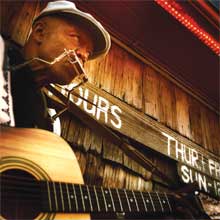 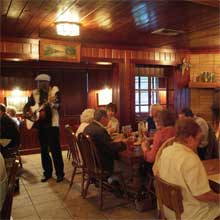 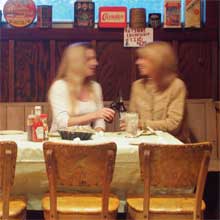 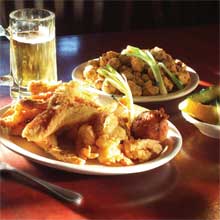 Nearly eight decades have passed since author Marjorie Kinnan Rawlings settled into her home at Cross Creek in 1928. Rawlings wrote that she felt at home in this “half-wild, backwoods country,” and it was here that she penned her Pulitzer Prize-winning classic, The Yearling, as well as Cross Creek and other books.

Inspired by Rawlings’ life and writings, The Yearling restaurant (first owned by Mr. and Mrs. Ben Wheeler and later by the Herman family) opened in 1952 and remained a north Florida landmark until closing in 1991. You might say those earlier years were the “first chapter.” Thankfully, the story is not over and additional chapters are now unfolding in a most pleasant way. But to get to the present page, we must backtrack a few years. Nine years, to be precise.

In 1994, Florida native Robert Blauer was living in Citra. Every time he passed the closed-down Yearling restaurant on CR325 in the tiny hamlet of Cross Creek, his eyes were drawn to the forlorn building with the sign posted out front: “Bank owned — make offer.” Eventually, Blauer decided to do just that. Lo and behold, the bank accepted his offer and The Yearling was his.

Owning and running a restaurant again was not exactly what Blauer craved. He’d done it before and knew the work and long hours involved. For several years he tried leasing the restaurant. No go. He tried selling it. No takers. Finally, he decided to make a go of it himself, but there was a great deal more involved than simply unlocking the doors and dusting off the kitchen.

Today, there is no sign of the threadbare carpeting, the ghastly baby-blue painted walls, or the inexpensive paneling that adorned the establishment in another era. The rectangular room that was once a tacked-on porch is now part of the dining area. Dark-stained knotty pine tongue-and-groove lends warmth to the walls and ceiling. On cool nights, a fire burns in the large brick fireplace and comfortable wood tables and chairs invite patrons to linger over their meal. Accordingly, Rawlings’ memorabilia is found throughout the establishment.

The Yearling’s clientele is about a 50/50 split from the Ocala and Gainesville areas. “If people come once, they usually come back,” Blauer notes.

This is easy to understand once you’ve enjoyed a meal at The Yearling. Part of what makes the restaurant appealing is the sense of history that literally permeates the place. But what will make you come back again and again are the food and service.

From 1969 until The Yearling closed in 1991, “Junior” Jenkins served as head cook and was the primary reason the restaurant was honored with nine prestigious Golden Spoon Awards during those years. Junior’s family has plenty of Cross Creek history — his grandparents, “Old Martha” and Will, both worked for Marjorie Kinnan Rawlings.

“Junior made this place famous,” says Blauer. “In the old days, people would bring in things they caught — rattlesnake, rabbit, whatever — and he’d fix it for them. He can cook anything.”

On the night of the grand re-opening in January 2002, Blauer was talking with a reporter who’d stopped by. Just 45 minutes before the doors opened for business, in walked Junior.

“He said, ‘I’m here to cook — all I need is an apron,’” Blauer remembers with a smile. “Since then, he’s been here every day we’ve been open. We call this The Home of Cracker Cuisine, but Junior says it’s just soul food.’’

Our server, Christi, did an excellent job of meeting our needs and answering any questions we had. We learned that Christi has lived in the Cross Creek area her entire life and her family, the Bauknights, is mentioned in at least one of Rawlings’ books. Christi and the other servers were ably assisted by Harold, The Yearling’s “do-all guy,” who helped serve food and clear tables, wearing his Mickey Mouse T-shirt, jeans, black rubber boots, and a wide grin.

“When you come here, you need to throw caution to the wind and eat until you can’t eat anymore,” Blauer encouraged us, as we settled in at our table. “Junior doesn’t want anyone to go away hungry.”

Trust us, going away hungry is not even a remote possibility at The Yearling.

The Yearling is known for its regional, Florida Cracker fare and such items are found on the main menu, as well as on the appetizer menu, including gator tail, frog legs, venison, and fried green tomatoes. We sampled all of them and also enjoyed a cup of traditional clam chowder and a bowl of the spicier, gumbo-like Yearling Seafood Chowder.

Done right, alligator is a delicious Southern treat and The Yearling definitely does it right. Only the white tail meat is used and each lightly battered fried bite is tender and tasty, especially when dipped in honey mustard sauce. The frog legs are also fried with an extremely light breading that enhances, but doesn’t mask their mild flavor, which does not, by the way, taste “just like chicken.”

All dinners are served with your choice of salad or slaw and two sides. Among the sides available on the evening my partner and I dined were cheese grits, sautéed squash, turnip greens, and perfectly fried hushpuppies — crusty and crunchy on the outside, moist and warm on the inside. We did our best to do justice to these homestyle accompaniments, but I have to admit most of our energies were concentrated on the entrees, which were superb.

Seafood and regional dishes are showcased at The Yearling. Our friend Suzie swears that the crawdads (straight from Louisiana) are the best she has found, bar none, anywhere. Steamed and heaped on a large plate, they are served with drawn butter and pepper sauce. Shrimp and scallops are available, either fried or broiled. Catfish filets, delicately seasoned and fried, are on the menu, as are stuffed flounder packed with seasoned crabmeat, deep fried clams, oysters (in season), and soft-shell crab.

Seafood lovers who can’t make up their minds will be relieved to know there are two selections — the Combination Platter and the Seafood Platter — that offer several different seafood items in one entrée. There is also a Fish of the Day choice that varies; your server will be glad to tell you about the day’s feature.

Anyone who has been tempted to try venison cannot go wrong by ordering it at The Yearling. Tender, juicy, and flavorful, both the appetizer and entrée choices feature delicious pieces of venison that can be cut with a butter knife and have absolutely no “gamey” taste at all.

Blauer buys only U.S.D.A. Prime beef and The Yearling has a reputation for outstanding steaks, in addition to its more southern offerings. There are three different sized cuts of prime rib; a New York strip; and a thick, nine-ounce filet mignon. You can also create your own “surf and turf” entrée by combining your choice of seafood with the filet mignon.

We settled on the filet mignon, which was grilled to perfection and rich with flavor. Putting steak sauce on this filet would be an abomination. It is served with the requisite steak knife, but this is hardly necessary to slice into the melt-in-your-mouth cut of beef.

In an ambitious effort (ambitious because we were already getting full), we also ordered the quail, which is delicately pan fried with a light breading and served with a mushroom sauce. A less careful cook can render quail dry and tough, but Junior is an expert and does a fine job of ensuring that his quail are moist, tender, and never overcooked.

Blauer urged us to save room for dessert, no small feat. Doing so meant I had to pack part of my filet mignon in a “doggie” box. Christi brought us steaming mugs of coffee and two slices of Junior’s famous Sour Orange Pie, lightly drizzled with chocolate sauce. One bite and we were both happy we’d saved that pie-sized bit of space.

Tangy and sweet in the same creamy mouthful, the pie has the consistency of traditional Key lime, but with the sunshine-y, summer-rich flavor of sour orange. Junior picks the oranges himself from trees growing right outside the restaurant, and then makes the pies for his lucky customers. Other desserts are also on the menu and vary by the day but, fortunately, the Sour Orange Pie is always available.

Throughout the meal, we enjoyed the down-home musical talents of Willie Green, The Yearling’s “one-man house band.” The evening was punctuated by spontaneous applause from patrons as Willie played a wide range of heartfelt blues songs, accompanied by his guitar and harmonica. Willie’s brand of entertainment is ideally suited to the establishment and perfectly rounds out the experience.

Manager Cherie Galloway routinely makes rounds in the dining rooms, visiting with customers and ensuring that all is well.

“The Yearling is all about Southern hospitality,” says Cherie, adding, “most people need a to-go box when they leave.” (She was right, though we actually needed two!)

No stranger to the world of books and antiques, Blauer has made sure the large room at one end of the restaurant is furnished with a variety of intriguing items and interesting volumes. If you don’t wander through on your way to the restrooms, make sure to spend at least few minutes browsing there before you leave. The contents change regularly, so you never know what you’ll find and, yes, everything is for sale.

“Hey, even the restaurant’s for sale,” Blauer adds with a chuckle.

For true Florida Cracker cuisine and local color, The Yearling is a must. Blauer is right on the mark when he says, “It’s all about food, service, and having a good time.”

Take Hwy 441/301 north. At the split, take 301 north to Citra. After the light in Citra, go approximately two miles, and take the first left, CR325. Go about 4 miles and The Yearling is on your left. If you cross the bridge, you’ve gone too far.