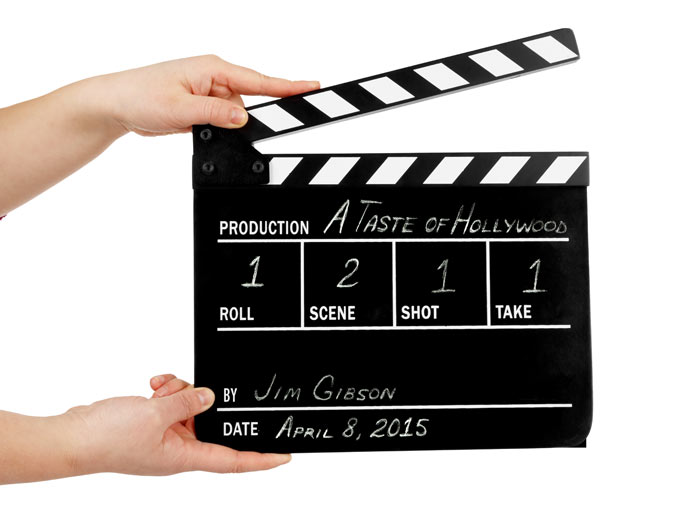 More than 3,000 people attended last year’s inaugural Silver Springs International Film Festival, making it a rousing success. Not only was it a hit with local film buffs, it also benefited local businesses and provided scholarship funds for budding local filmmakers.

Do you love the excitement of the red carpet, paparazzi jostling to get that perfect shot of directors and stars, and the pure energy of a Hollywood premier… all with a distinctively international flavor? If so, then get in line and grab your tickets to the second annual Silver Springs International Film Festival (SSIFF ’15).

The festival will take place April 8 through 12 with film screenings occurring at the historic Marion Theatre and filmmaker seminars being held at the Brick City Center for the Arts in Ocala. The event is planned to coincide with April’s Art Walk in downtown Ocala, which usually takes place on the first Friday of the month, but this month was moved to April 10.

“We had overflow crowds at the inaugural festival last year, and we are expecting even more film lovers and filmmakers this year,” says festival Executive Director and General Partner Laurie Zink. “It was a tremendous success not only for the filmmakers but for the general public, the business community and the entire area. We look forward to even more public participation this year.”

Once again, the festival is organized by Zink and Greg Thompson, who, along with the entire festival board, volunteered their time to make this event possible. Zink is the executive director of the Ocala Film Foundation, which was created in conjunction with last year’s festival to garner funds for scholarships, classroom equipment and supplies, and educational opportunities for Marion County students interested in the film industry. Thompson is the festival director and is also a general partner. He is an award-winning theatre and film artist and a member of the Screen Actors Guild and the Actor’s Equity Association.

SSIFF ‘15 is presented by the Ocala Film Foundation and was designed to showcase filmmaking talent from all over the globe while also promoting local talent. Last year’s festival, which had submissions from 36 countries and 10 states, brought in scholarship funds totaling $5,000 to assist area student filmmakers.

One of the first local artisans to realize the benefits provided through festival participation is 16-year-old Ocala resident Alex Moy. At last year’s festival, Alex won the Audience Choice Award for his short film titled Protected.

“Shortly after winning the award at the festival, I was contacted by Angela Busler at the Power Plant business incubator in Ocala,” Alex says. “They provided office space for my production company, ThatsHowItsDone Productions.”

Alex and his parents, Robert and Natalia Moy, produce corporate, music and wedding videos, provide photography services and create short films. The business is housed in one of the many offices located at the Power Plant, a renovated utilities building formerly owned by the City of Ocala.

Alex, who is home-schooled, has been interested in filmmaking since he received his first video camera at age 11. He plans on expanding his business locally and eventually directing and creating movies nationally and internationally. He is presently working on a soon-to-be-released short film and says he plans on submitting other entries to SSIFF in the future.

“Young, local talent like Alex is one of the main reasons we organized this festival,” says Zink. “We want to rekindle an interest in local filmmaking, and he is a prime example. And the exposure the festival provides helped lead to the success he is experiencing today. Also, when it comes to helping the entire community, the festival provided a financial boost to local downtown sponsoring businesses that participated in the event.”

According to Zink, community involvement was outstanding and participating downtown businesses saw a 67 to 177 percent increase in revenue during last year’s four-day festival. The addition of one more day to this year’s event should mean even more financial success for local vendors and merchants.

This year’s festival will have the same format as last year with all screenings taking place at the Marion Theatre. The theater provides two screens, one on the ground floor and one balcony screen. This allows for viewing two separate screenings simultaneously. Seating is limited, and festivalgoers must either purchase tickets prior to the event or be seated on a first-come, first-served basis.

There will be four “Special Interest” blocks: Fresh Squeezed, featuring films produced within the State of Florida; Horse Fever, equine-themed entries tied to Ocala’s famous horse industry; Green Screen, a block of nature-based environmentally themed films; and Cinemagic, featuring family-friendly films that can be enjoyed by film lovers of all ages.

Thompson believes the future holds nothing but promise for the young festival.

“The film industry is changing, and festivals like this one will benefit,” he says. “No longer does a fledgling director need the financial backing of a major producer to create an acceptable film. This year at the Sundance Film Festival, there was a well-received entry titled Tangerine that was shot using an iPhone 5S. What was amazing is that because of the subject matter, the use of the iPhone was actually advantageous to the director. This type of technology and its ease of availability will mean more films on the market and more capable directors who can afford to produce quality films.”

Changes such as this may also mean a bright future for film lovers everywhere. With the playing field leveling for producers and directors of varying budgets, this means more lower-budget, quality films—such as Alex Moy’s award-winning entry—will make their way to the silver screen. This means surprise breakout films such as Tangerine could very well make their debut right here in Ocala in the near future.

Both Zink and Thompson say they expect interest in the festival to increase and look forward to this year’s event. Marion County could very well be on the cusp of something big… a revival in a film industry that has waned in recent years. The tremendous interest in the Silver Springs International Film Festival is a definite sign of renewed life and a very bright future.

Best Documentary Feature Escaramuza: Riding From the Heart Directed by Bill Yahraus

1-6pm “Best of the Fest” Encore Screenings of Award Winners