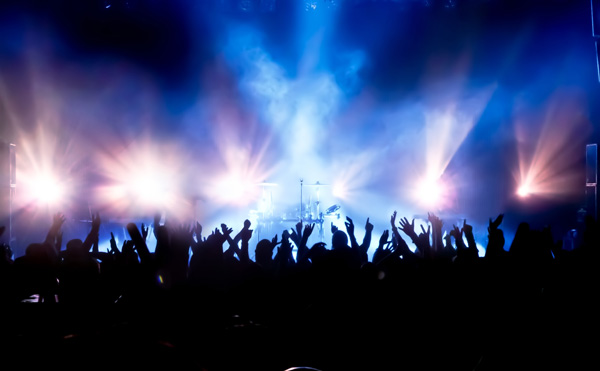 On Saturday, May 5, Ocala Poker and Jai-Alai will host Rockin’ the Phoenix with Vince Neil of Mötley Crüe. Promoting this event is the new company 3D Touring Design & Productions. 3D Touring’s CEO and owner Angie Cabret promises an unforgettable show.

3D Touring is a quintet of professionals with various skillsets. Angie is no stranger to producing shows. Before launching her own company, Angie worked as concert promoter at the Ocala Entertainment Complex for two years, working with the likes of Luke Bryan, Lee Brice, Styx, Great White, Sara Evans and Billy Currington, to name a few. Her fantastic four at 3D Touring include two graphic designers out of Ocala and Tampa who have over 30 combined years of experience in their field. The director for sponsoring events has over 10 years of sales experience, and the live events photographer, whom Angie has known from her previous job at OEC, has numerous gigs tucked under her belt.

3D Touring was Angie’s final project while she attended the prestigious Full Sail University. After earning her BA in entertainment business, Angie didn’t realize she had the business plan for a potentially successful venture until months later.

“I sat on my final project and didn’t do anything with it, and it was staring me in the face, and then I thought, ‘You know what? I’m going to bring it from the paper to life,’” Angie says.

The concert will be 3D Touring’s chance to show Angie’s creative chops as promoter and producer and her team’s expert capabilities. 3D Touring provides a multitude of services to make artists’ shows run like butter. The company provides all graphic needs, including badges, passes, posters and stage designing; radio and TV commercials to publicize the client’s next show or tour; merchandise and representatives; and various sound and lighting packages. Angie’s pledge is a stress-free, seamless operation that will make out-of-towners feel welcomed.

“On the artists’ side,” Angie says, “they’re coming into a town they don’t know, where they don’t know the personalities they’ll come across. They’re not familiar with the venue or how it looks for staging the show for the fans and for themselves. I want to make them comfortable. I treat everybody who knows me like family. I don’t want you to be stressed.”

A Mötley Crüe fan herself, Angie feels anticipation mixed with nostalgia as Rockin’ the Phoenix approaches.

“It’s the minute the gates open, and after all that hard work we do, the fans rush through. They’re standing, the lights go out and the bass drum is playing. The fans are screaming along because they know what’s going on and what’s about to happen. You’re standing beside all these people you don’t know, singing along and dancing and enjoying your favorite artist. You witness that picture. That’s why I love what I do. I’d do it every day in a week if I could.”

Tickets for Rockin’ the Phoenix are on sale now. Visit 3D Touring’s website for more info, tickets and merchandise. VIP packages are also available ($200 individual, $1,000 for a party of six). Packages include VIP parking, drinks, food, one hour early entry, a private bar and waitresses.