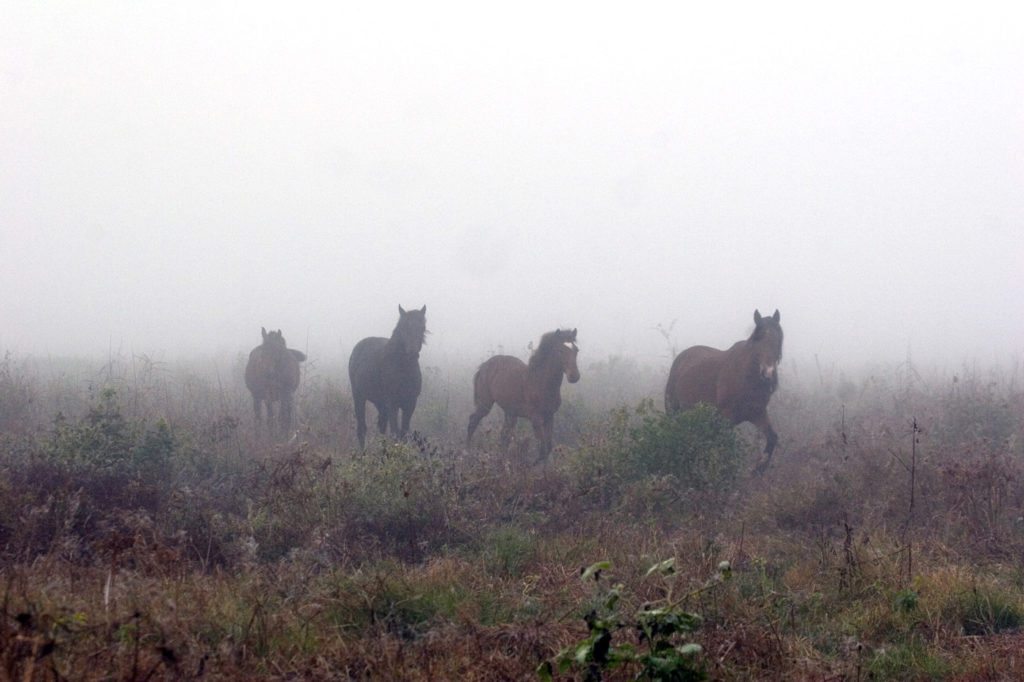 This past April, a Paynes Prairie wild horse became a viral sensation when a tourist recorded him attacking an alligator. Up until then, many people didn’t even know there were wild horses at Paynes Prairie Preserve State Park. The 22,000-acre park is located 35 miles north of Ocala, just off U.S. Highway 441.

“We’ve definitely gotten plenty of calls about the horses since that video,” says Amber Roux, the Florida Park Service specialist at Paynes Prairie. “People want to know more about them and come out to see them.”

And although the horses currently residing at the preserve are wild, they are actually descendants of domestic horses.

“Spanish explorers came to the Paynes Prairie area in the 1500s and brought with them horses and cattle,” says Roux. “This area became the largest cattle ranch in Florida at that time. When the Spanish left, horses and cattle were left behind. The descendants of those horses were later used by the Seminole Indians and then Florida cattlemen.” 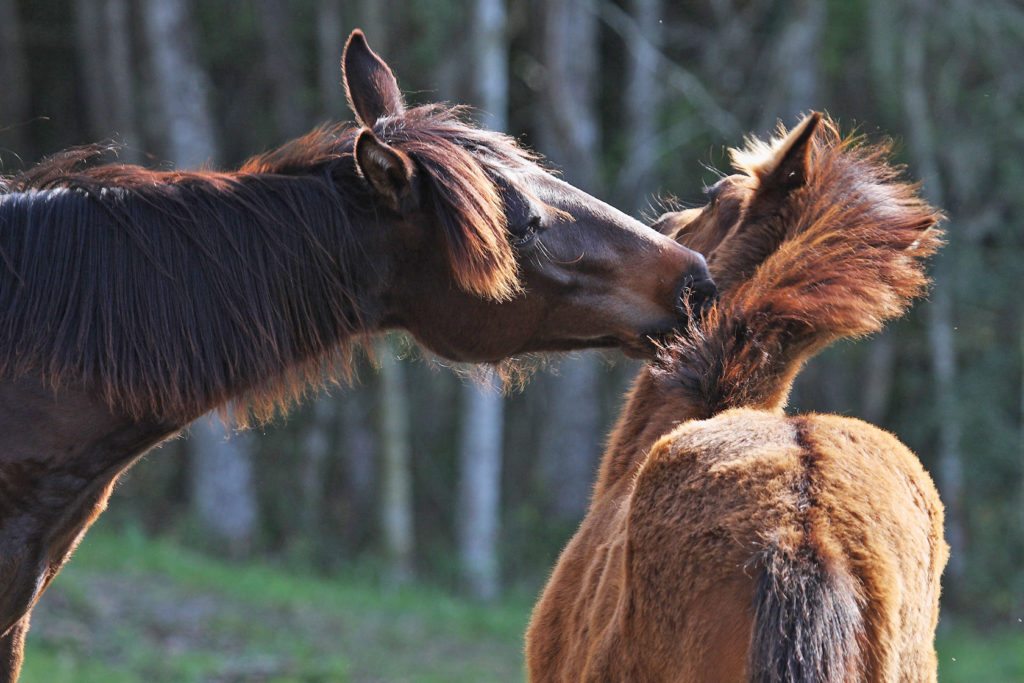 “Beyond the preservation of natural environments, part of the Florida Park Service’s mission is to preserve cultural resources and heritage,” says Roux. “There had not been any horses roaming free at Paynes Prairie for decades. But because of the horses’ history with the preserve, six Florida Cracker Horses were released here in 1985. The current 30 horses are the descendants of those horses.”

And in the ensuing three decades, the horses have truly lived wild.

“We don’t feed them; they don’t get regular veterinary or farrier care,” says Roux. “We would call in a vet if a horse was severely injured or became seriously ill. But over the years, they mostly die of natural causes. They have access to 10,000 acres and are very self-reliant.”

As for the alligator-attacking horse, Roux notes that “he’s a stallion who was protecting his little herd that included a new foal. There was some concern that the alligator nipped him, but we saw no wound on him.” Roux estimates there are three major groups made up of a stallion, mares and their offspring.

“Every now and then, we might have a horse or two that cause issues,” says Roux. “When that happens, we remove the horse and call the Florida Cracker Horse Association so it can find a new home.”

As for the best chances of seeing the wild horses, Roux recommends the LaChua Trail, Bolen Bluff Trail and Cone’s Dike Trail. And because of possible conflicts with wildlife, no dogs are allowed on those three trails. 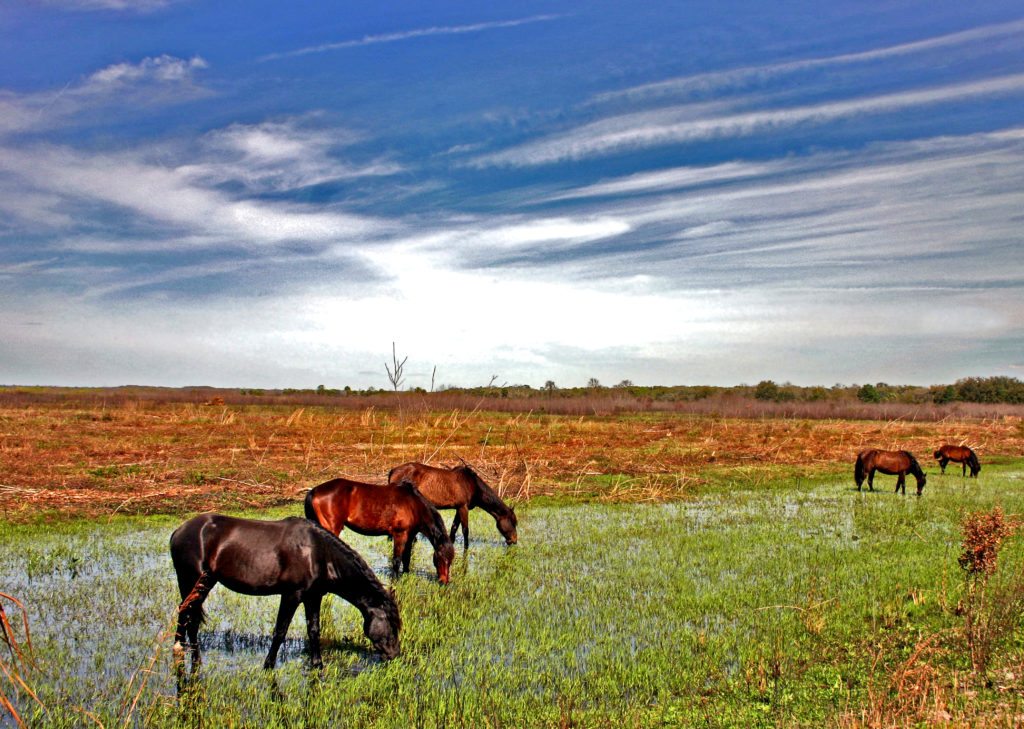 “We, of course, want visitors to come out to see the horses,” says Roux. “But please stay at least 100 feet away, do not approach them or try to feed them. They are, after all, wild horses.”