Must-read books for every age, from elementary school to adulthood

According to Stephen King, “books are a uniquely portable kind of magic.” In an era requiring screen time recommendations and fidget spinners, kids of all ages—grownup kids included—should never forget the simple joy of curling up with a good read. Whether your young pupil needs to reach a word count or you’re a fully grown bookworm in search of a new story, here are some must-reads at every age, including classic tomes and today’s bestsellers. 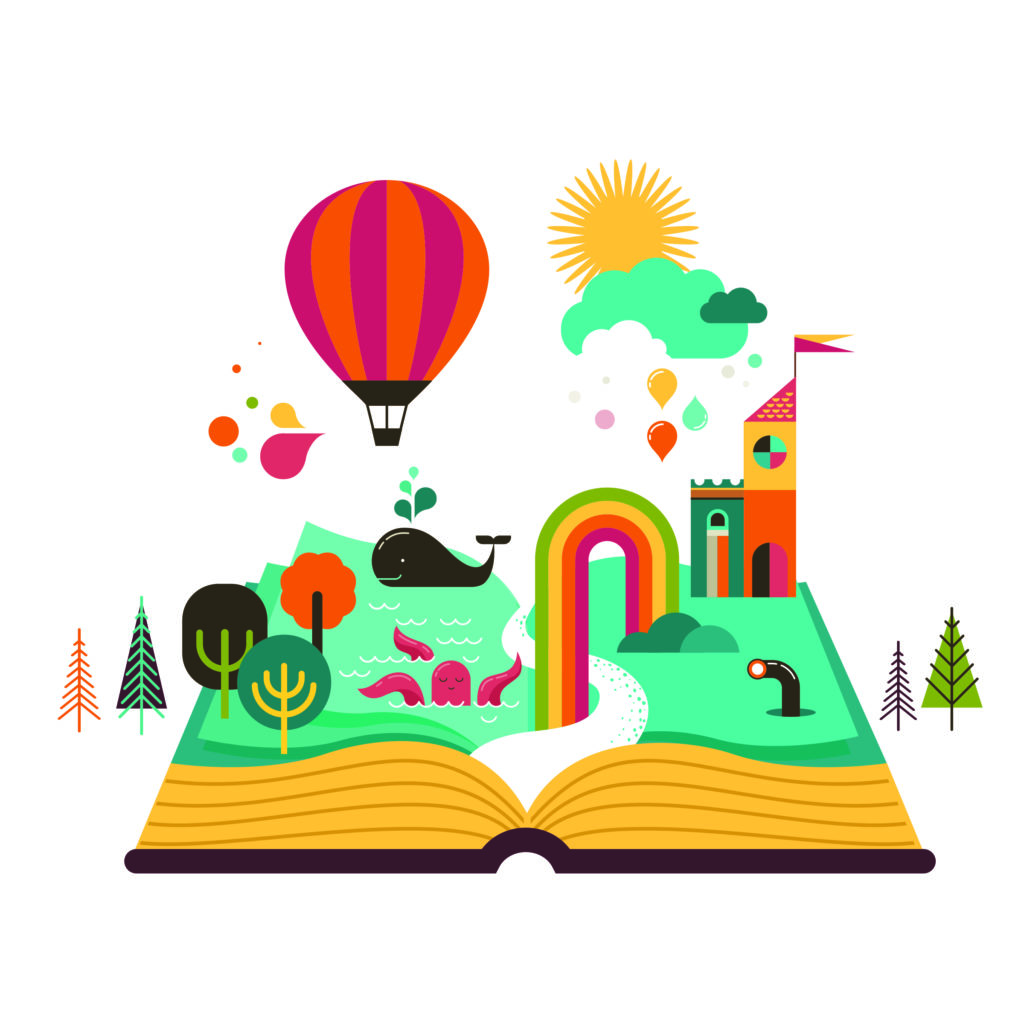 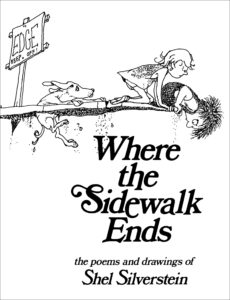 Named a Caldecott Honor Book, Frog and Toad Are Friends is a collection of short stories about this amphibious friendship. From Toad telling Frog stories while he’s sick to Frog trying not to laugh at Toad’s ridiculous bathing suit, each little tale has a sweet ending. The sentence structure and vocabulary are just challenging enough, making these books perfect for readers learning to skim solo and for practicing a chapter aloud together before bed.

Where the Sidewalk Ends, by Shel Silverstein, is beloved by bookworms of all ages, but it’s a particularly good introduction to poetic structure for 6 and 7 year olds. The themes are inspirational, the illustrations are powerful, and they may just stick with little ones for a lifetime. The National Education Association named the book one of its Teachers’ Top 100 Books for Children.

Alice’s Adventures in Wonderland, by Lewis Carroll, describes a young girl’s chance encounter with a talking rabbit, and an accidental fall down a rabbit hole leads her to places and creatures even stranger. In 1862, Carroll began telling the story of Wonderland to entertain a young girl, Alice Liddell, and it has delighted readers of all ages since it was published in 1865. If your child prefers a little more swashbuckling in their stories, J.M. Barrie’s Peter Pan is a faster-paced alternative.

You may have heard of an author by the name of Dr. Seuss. Some of his most-read titles include Green Eggs and Ham, Horton Hears a Who and Oh, the Places You’ll Go! Any book by this award-winning writer is appropriate for this age group and is almost certain to become a new favorite. The newest Seuss release to check out is What Pet Should I Get? 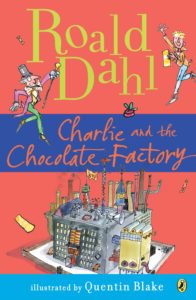 Now is the time to introduce young readers to the wizarding world of J.K. Rowling’s Harry Potter series. They’re full of creatures and characters sure to keep up the interest and help build vocabulary. For kids not ready for the commitment of 250 to 750 page novels, consider the similarly spirited Tale of Despereaux or James and the Giant Peach.

Roald Dahl’s novels Charlie and the Chocolate Factory and The BFG are both imaginative takes on the fairy tale genre. The Big Friendly Giant offers a lesson in getting creative with language as he tells Sophie about not-so-friendly giants swallomping human beans after dark. Meanwhile, Charlie departs his impoverished upbringing and enters the Chocolate Factory. Here, good people get what they deserve (to run candy factories) and bad people get what they deserve (turned into giant blueberries). In 2012, The BFG was ranked No. 88 among all-time children’s novels in a survey published by School Library Journal and has become one of the most beloved children’s books of all time.

Natalie Babbitt’s Tuck Everlasting tells the story of Winnie, a girl who spies a boy drinking from a secret well only to find the mysterious water inside has caused him, and his family, to live for over 500 years. When others discover their secret, Winnie and Jesse must do everything they can to save the Tuck family. This book is classic in children’s fiction thanks to Babbitt’s powerful use of themes like time and death. 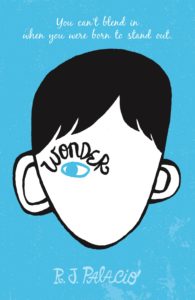 Author Christopher Paul Curtis’ most famous work is Bud, Not Buddy. His equally impactful, Newberry Honor Winner The Watsons Go to Birmingham recounts the 1963 bombing of 16th Street Baptist Church during a particularly turbulent time in the Civil Rights Movement. Children in this age group have learned about segregation in history class, and reading a historical fiction novel with similar themes allows for open discussions on the book’s themes.

Published in 2012, Wonder by R.J. Palacio is the tale of August Pullman, a 10-year-old boy who loves Star Wars and his pet dog. He is normal by all accounts, but he was born with a craniofacial abnormality, which means few people actually see him as normal at first glance. As he leaves home schooling for public school halls for the first time, he will make an unexpected impact on his family and fellow students.

By now, some students may be growing tired of the classic morality tales and stories where everything turns out peachy. Enter Lemony Snicket’s A Series of Unfortunate Events, which declares itself from the first page a story with a most unhappy ending. It will introduce its readers to unforgettably resilient characters, a strange narrator and a unique narrative structure. With 13 books total, they can enjoy this series long term.

One book kids can count on enjoying is Holes—it has sold over 1.5 million copies and its author, Louis Sachar, has won some of the most prestigious writing awards, such as the Newberry Award. In this story of, well, endless digging, Stanley Yelnats is a young man who finds himself wrongfully imprisoned at a Texas work camp. As he spends his work days digging away, he begins to realize there may be more to his daily task than just punishment. It’s a gritty but funny read with memorable characters and one-liners to boot. 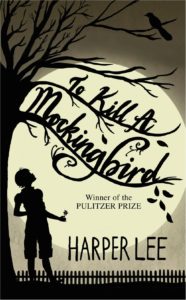 Anne Frank: The Diary of a Young Girl is required reading for many middle-schoolers, who are beginning to look deeper into novels through their historical context. As Anne and her family hide from Nazi authorities during World War II, readers get a firsthand account of both her fear and her normal teenage thoughts about boys, her changing body and annoying parents. Although we know the tragic fate of Anne and her family, this book is one of the most moving students will find on their assigned reading list.

To Kill a Mockingbird won the Pulitzer Prize for fiction in 1961, and Harper Lee’s novel is considered a classic in American literature today. The book addresses themes of race, class, courage, compassion and gender roles in the Deep South, and the events that unfold reveal the true nature of each character in town.

If you’ve seen The Big Bang Theory, then you know and love Mayim Bialik, aka Amy Farrah Fowler. She’s an actress with a Ph.D. in neuroscience and, now, an author. Her debut novel Girling Up: How to Be Strong, Smart and Spectacular was published in May 2017. Using a scientific context, it aims to teach girls how to grow into women physically, mentally, emotionally and socially while still being cheeky and relatable. 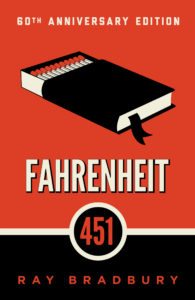 From ninth grade on, the classics take priority on class reading lists. Reading also becomes a more in-depth experience as teachers ask their pupils to examine sentence structure, metaphor and imagery. For a first-time reader of  William Shakespeare, it’s shocking how many words and phrases we commonly use today (see: cold-blooded, scuffle and swagger) first appeared in his writing. Hamlet is one of the most commonly assigned of his plays and helps teachers introduce literary concepts like hamartia and hubris to their students.

Before it was published, no book had ever plumbed the depths of the human psyche quite like Sylvia Plath’s The Bell Jar. In this semi-autobiographical novel, a young woman named Esther struggles with her identity in mid ‘20s America. As the book wears on, she describes her clinical depression—which leaves her feeling as though she is trapped beneath a bell jar—with honesty about mental health that was unprecedented at the time.

Fahrenheit 451, by Ray Bradbury, is a book about how important books really are in spreading ideas. In a dystopian future, books are illegal and routinely set ablaze by the Fire Department. One fireman, Guy Montag, is entranced by the mysterious novels and begins a secret stash in his air-conditioning ducts. After reading one and finding its value, things quickly get out of control. It’s a compelling tale about the consequences of censorship and considered one of the best literary works in the English language.

For high-schoolers in need of a break from all this dense literature, consider No. 1 New York Times bestseller Eleanor & Park by Rainbow Rowell. The story takes place over one schoolyear in 1986. Two young outcasts, both in love with punk music, also happen to fall in love with each other. And although they know it likely won’t last, it doesn’t keep them from making their first love count. Other gems from Rowell include Fangirl and Attachments. 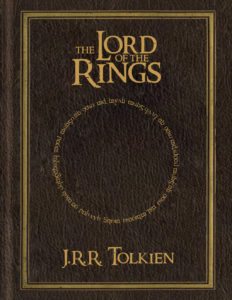 Dr. Brené Brown has dedicated the last 16 years of her life to studying vulnerability and its role in the human experience. She is also the author of three New York Times No. 1 bestsellers. In one of these, Daring Greatly, she argues against the idea that being vulnerable means being weak but instead that vulnerability is at the heart of love, empathy and joy. Watch her TED Talk, “The Power of Vulnerabilty,” to get a sample of the material before purchasing.

J.R.R. Tolkien is one of the most revered fantasy authors of all time. Anyone who invents an entire, full functional language for their characters to speak deserves every ounce of respect. In the Lord of the Rings trilogy, numerous races—hobbits, elves, dwarves, men and monsters—live in the sprawling world of Middle Earth. When a powerful ring falls into the hands of a curious hobbit, he must begin a journey to destroy it or see the home he loves destroyed instead. The characters are unforgettable, the places are magical and the universe Tolkien creates is unlike any other in literature.

Politics in a barnyard setting? We’ve read crazier. Animal Farm is one of George Orwell’s most famous titles, and like his equally haunting 1984, it asks its readers to take a good, hard look at society and start asking questions. It’s a satirical warning against tyrannical governments told through the story of a handful of pigs, horses, dogs and more, all vying for control of the farm. If you missed this one in school, don’t let it slip through the cracks any longer.

Published in 2016, Nora McInerny’s first novel, It’s Okay to Laugh (Crying is Cool Too), is a recent bestseller that could easily become a classic. It’s her first-person account of her husband and father passing away within months of each other and finding the balance between moving on and preserving their memories. The book serves as a manual on handling what seems like insurmountable grief with grace, understanding and humor. Plenty of humor.