Local students learn leadership and personal development skills while participating in one of the nation’s oldest and largest youth fairs. 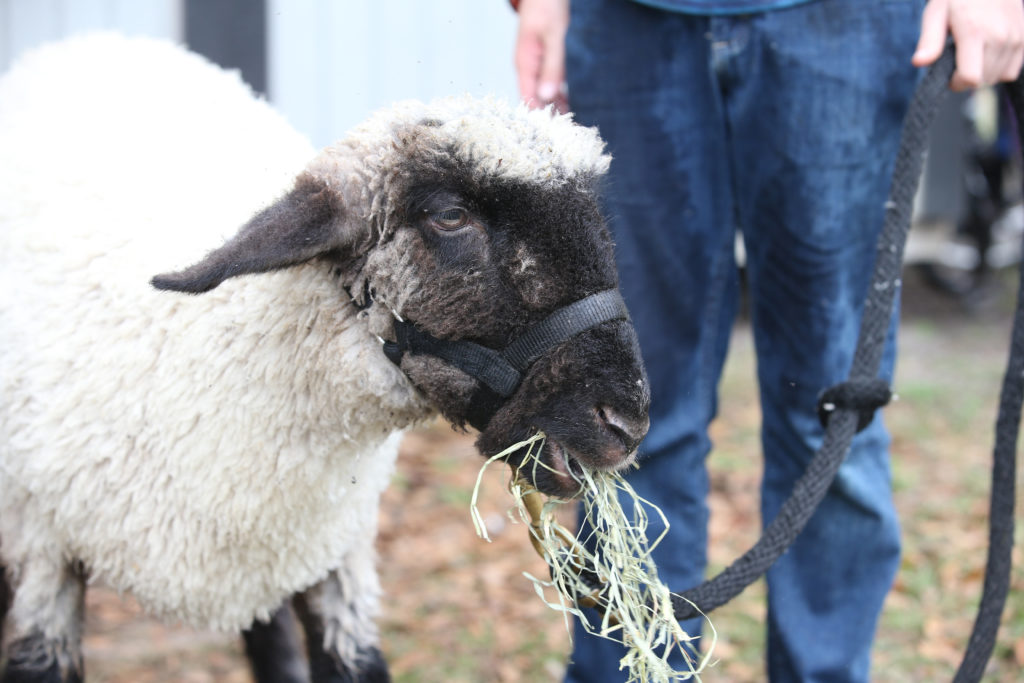 While watching his son and daughter, Lane and Cora, wrangle cantankerous lambs, Dustin Taylor gets a mischievous glint in his eyes and tries to hold back a cheek-splitting grin.

“That was my whole childhood, between 8 and 18,” he says of his days of showing lambs, steers and heifers in the Southeastern Youth Fair (SEYF).

His son Lane, 13, and daughter Cora, 11, are participating in the 2020 fair, which will take place February 21st-29th at the Southeastern Livestock Pavilion in Ocala. They’ll be showing steers, lambs, rabbits and chickens.

The fair is the oldest all-youth fair in the nation that continues to operate without a midway. It is the largest such event in the state. The Steer Show, the foundation of the fair, started in 1941.

Dustin Taylor recalls showing animals from 1993 to 2002, including one lamb that took the grand champion title.

While agriculture and livestock were a big part of his growing-up years, Dustin has a knack for music, which took him to South Carolina.

“We moved to Myrtle Beach for a while. I’m an entertainer, I play piano, sing and stuff, and they offered me a job up there,” he says. “But we ended up coming back, mainly because I wanted to make sure our kids could have what I had in 4-H and we couldn’t do that up there. We came back for a lot of reasons, but 4-H and family were the two big ones. 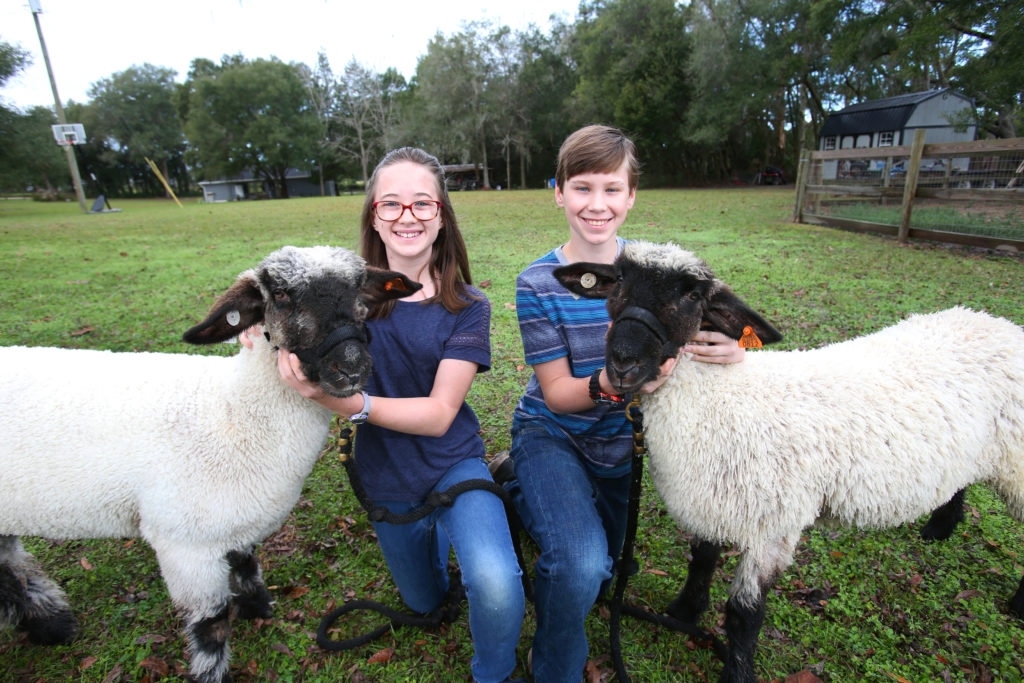 “They weren’t too sure about it at first,” he adds, nodding toward his children. “But once they got to the fair that first year, they were addicted and I’m like, ‘There you go.’ It’s neat it’s all coming back around again for my young’uns.”

Southeastern Youth Fair participants must be members of a local 4-H or FFA group. Lane and Cora, who are homeschooled, are members of Town & Country 4-H. Countywide, there are 45 4-H clubs and 19 FFA chapters.

The mission of the youth fair is to be a showcase for competition, exhibition and educational opportunities, and for the promotion of self-esteem and personal growth and development for the participants, while also helping people understand the importance of agriculture, which is a $1.2 billion industry in Marion County.

The fair is free to attend and is open to the public. Activities range from livestock shows to a tractor driving competition and home arts exhibits such as needlework and photography. New this year are classes for equestrians with disabilities and a barbecue contest for those ages 5 to 7 (they’ll grill hot dogs under the supervision of an adult).

The event remains a “production” fair, “fostering a unique experience for a child to act as a producer, to market their animal from beginning to end.” Fair organizers say this gives participants opportunities to learn life skills such as taking responsibility, daily management of animals, record keeping and how to best represent their animals and themselves. 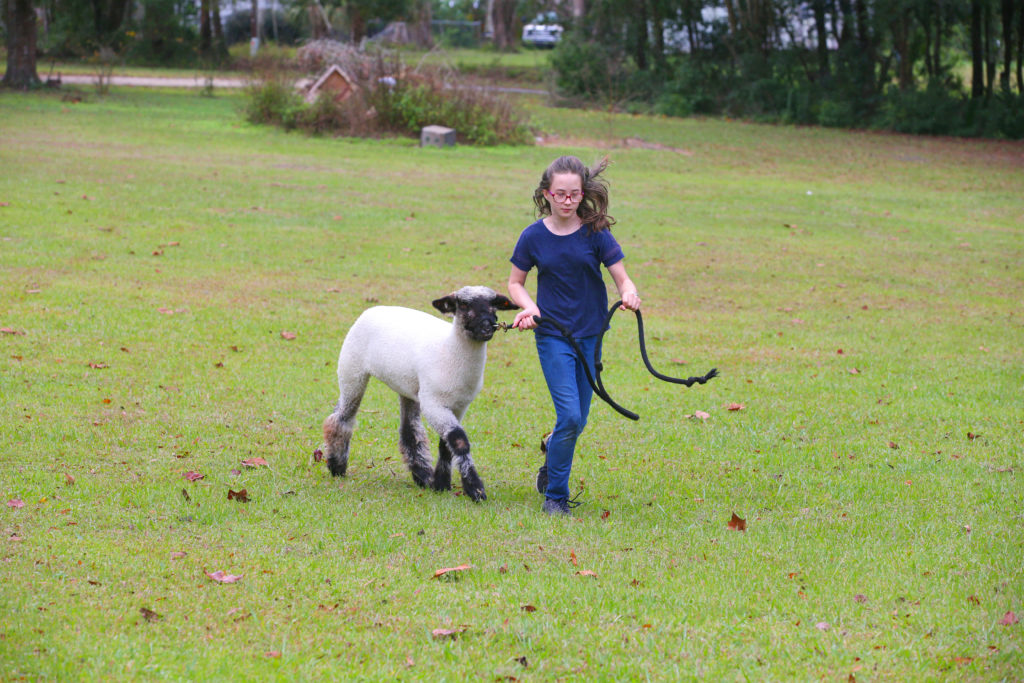 Lane’s lamb is named Nick Furry, Cora’s is Jeff. Both lambs are about a year old.

“Last year was their first year in the fair,” Dustin says of his children. “We did a lot of boot camp stuff and went to a mock lamb show so they could see what would be expected in the show ring.”

Sometimes, though, even the best preparation can go awry. Last year, when Cora entered the ring with her lamb, it took off “with her holding on,” notes Dustin.

And, being a market fair, where the animals often are sold to the highest bidder, there are times a participant will weep at parting with their animal, even though it means the student gains money, which most times goes into a college account.

When asked if he likes raising and showing lambs or steers best, Lane stands up tall and says, “I’ll tell you when I see the check.”

Sara LeFils is executive director of the Southeastern Youth Fair, which is a nonprofit organization. She explains that the annual event is made possible through donations from individuals,  businesses, and an annual fundraiser. This year, the fundraiser will be the SEYF Ag Dash 5K, at 8 am on Saturday, February 22nd. The event will begin and end at the livestock pavilion. LeFils says cowgirls and cowboys on horseback will be at the start and finish lines to welcome back all the runners.

A supplemental element of the fair is Ag Venture, an agriculture education field trip, sponsored by the Marion County Farm Bureau, Marion County Public Schools and others. Over three days of the fair, more than 2,000 second-graders will learn where milk and eggs come from, what kinds of produce are grown locally and much more. 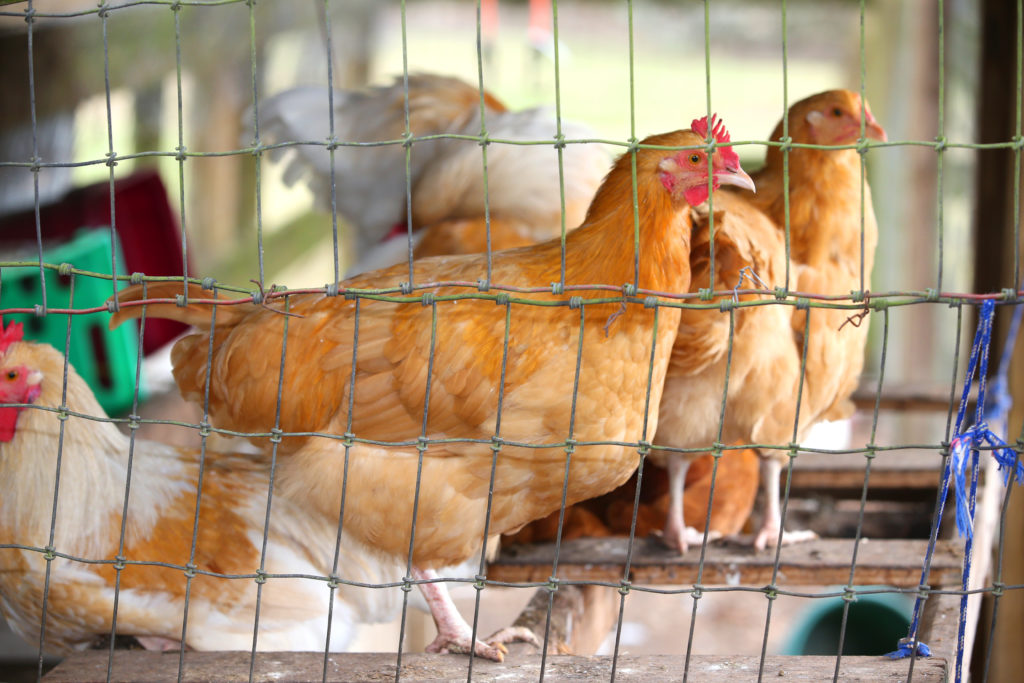 Through the run of the fair, more than 200 volunteers, including some local business leaders, will guide and help educate participants and visitors.

“I just love how the community supports these kids,” LeFils notes.

This year’s fair is dedicated to Dale and Connie Sauls, longtime owners of the ConDale Dairy in Anthony. Connie, who died in November 2018, was on multiple committees for the youth fair and received numerous awards for her leadership in agriculture locally and nationally. Dale was named Florida Farmer of the Year in 2004. He now operates a 250-head beef cattle operation in Mountain Grove, Missouri.

While Christina Taylor and LeFils did not grow up participating in the youth fair, both women have come to see how much the participants support and care for each other.

“Nobody in Myrtle Beach got it,” offers Dustin Taylor, puffing out his chest a little as the proud father of two kids who more than “get it.”

For more information about the Southeastern Youth Fair, visit www.seyfair.com