Arlo is a fan favorite, especially in Central Florida. Tickets for his February 28 concert in Mount Dora have been selling non-stop for months.

Arlo Guthrie, now 61, is a member of America’s first family of folk, the son of the late great Woody Guthrie (“This Land Is Your Land”) and father of acclaimed musicians Abe, Cathy, and Sarah Lee. Lake & Sumter Style caught up with the music veteran during his holiday vacation in Sebastian to talk about his Lost World Tour, the state of the union, and why folk music matters more than ever. 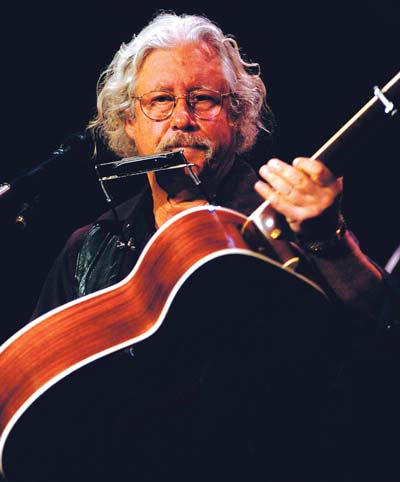 Mount Dora is excited your Lost World Tour is making a stop here. What can fans expect at the show?

This is probably the biggest band I’ve had on the road in decades. My son, Abe, is playing with me along with some really fine musicians—local guys who love playing music, so they are thrilled to be out on the road. It’s down-home music, but it sounds terrific.

You’ve been touring for so many years. Is it still as exciting to perform live?

Probably more. The older you get, the more you distill yourself so you’re not wasting a lot of time doing things that aren’t important. We just want to write, sing, and perform the kind of songs we love, regardless of how popular it might be. You’re not going to hear it on most radio stations, yet the shows pretty much sell out everywhere we go. 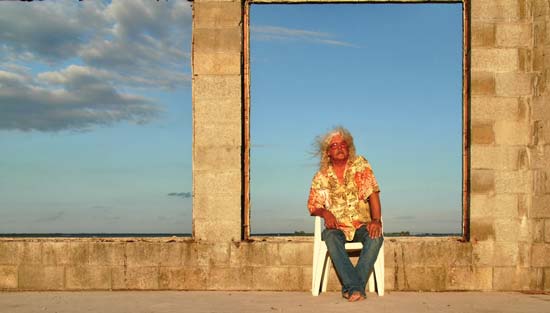 Do you think there will always be a place for folk music in America?

I think so, especially when times get tough. People aren’t looking for something that’s slick. They want to see somebody who’s real and not so polished.

Is there anyone who you haven’t collaborated with that you really want to?

I’ve had some great fortune over the years—sung with Dolly Parton, Willie Nelson, Phil Everly. I was on Johnny Cash’s TV show twice. So there’s not a whole lot of people left who I haven’t run into one way or another (see sidebar).

‘NOBODY DOES THOSE SONGS ANYMORE’

There’s great music being played right now, and a lot of it’s available in ways you never imagined 15 or 20 years ago, a vast library that you can tap into with the Internet and iTunes. The only thing you have to do is pick it. Our stuff gets out to people no advertising could ever reach. 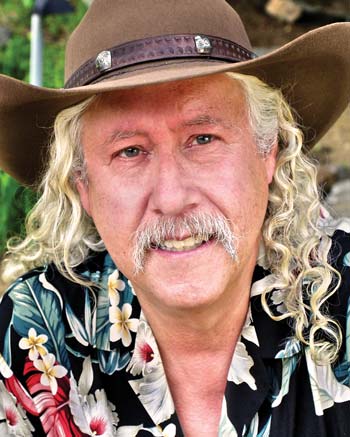 Well, a while ago we did a record of old cowboy tunes called Son of the Wind. I knew it wasn’t going to be big, but I just loved these songs. We didn’t spend a dime on advertising. About six months later, we were playing out in Wyoming. We’re setting up for the gig that night, and this old rancher comes marching into the place. He said, “I just want to thank you for that record Son of the Wind. A friend of mine gave it to me last month, and I wanted to thank you for making it. Nobody does those songs anymore.”

I said, “Well, thank you very much. Do you want to come to the show?” He said, “No. I don’t go to shows. Just thank you for making that record.” And he walked away.

That’s the great thing about music today—it finds its way into the hands of people who want to hear it.

That’s certainly an upside of today’s technology. What type of fan attends your concerts?

At our show, I’ve got my dad’s peers, my peers, my kids’ peers, and my grandkids’ peers. We get politics of the left, right, center; all economic straits; all educational degrees or none at all. Most of the time, a third of our audience is between 16 and 25. That’s an amazing thing. It’s one of the last places where you see a slice of America that’s not divided up. 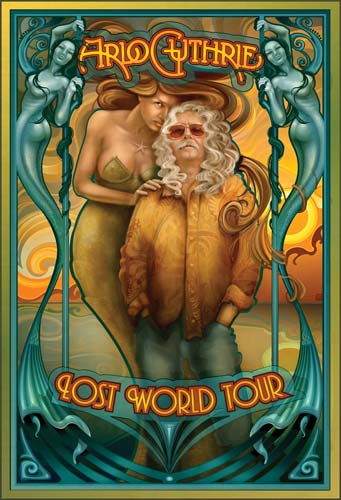 Are you as inspired as ever to write songs?

I write in spurts. A year will go by and I might write a few songs, and then a dozen show up out of nowhere. I don’t sweat it. It comes when it wants.

You’re on the road a lot. Have you ever thought of slowing down?

Nine or ten months a year for the last 20 years. (laughs) I’m looking forward to slowing down a little bit. The older you get, the more you have other things you want to do. For me, it’s spending time on our farm in Massachusetts with the kids and grandkids, working on the apple orchard.

‘THESE ARE TOUGH TIMES’

You mentioned tough times earlier, and I know you supported Texas Congressman Ron Paul during the presidential election. How do you feel about the outcome of the election and the future?

I’m wishing Obama all the best. Frankly, I’d wish anybody the best because these are tough times—not just for individuals and families but for politicians, too. Some of them have to make difficult decisions. They have to choose between what is politically expedient, what is popular, and what is good. I hope the things they’re doing lead to something better for the nation, better for the world.

I think Obama can do a lot of wonderful things. I hope he does. Both Dr. Paul and Senator Obama really fired up a lot of young people for the first time. I hope that won’t be lost.

Younger voters were certainly enthusiastic during this election.

Sometimes the enthusiasm of young people is more important than what they’re enthusiastic about. This was a tough election in the sense that the country’s still divided on a whole host of things, but for the first time in a very long time, we saw that same rhetoric that divides the country fail. That was wonderful.

Well, historically the mood of the country goes through cycles.

Politics and the course of human history is a part of nature. When you live long enough, you see that political meanderings are a part of the natural world, and if you look at it like that, you can be more appreciative of the way the course of history moves. It’s progressive, but it’s better to let it wander. That’s how I see it.

That’s a peaceful way of looking at the process.

Well, when we stay with the big picture, we have the potential to do wonderful things. The most important thing is hope survives, that things can get better and that if we treat each other right, it’ll happen sooner. And if we don’t, it’ll still happen. So your efforts to get everybody to do things your way and be right all the time is not the most sophisticated way of looking at things.

‘WATCHING THE WORLD GO BY’

I know you’re a busy man. What do you like to do on a day off?

I’ll get up very early every morning and go down to the river. I like taking photographs, capturing some beautiful moments. These are free moments, no matter how rich or poor you are. If you take the time to enjoy them, your problems take a back seat. I do that in songs. I do that with photographs. I just like watching the world go by.

Well, many people enjoy your view of the world.

I’m sure there’s plenty of people who don’t like my stuff or don’t like me, but thank God there’s enough people who enjoy the music we’re playing. But it’s not the music in and of itself. It’s the extension of the ideas that are bound together by the music. I’m not the best picker out there. I’m not the best singer. It’s about the audience, all their hopes and dreams, having a good time together, laughing about things that are going on, crying about others. It’s knowing you’re not alone in the world. 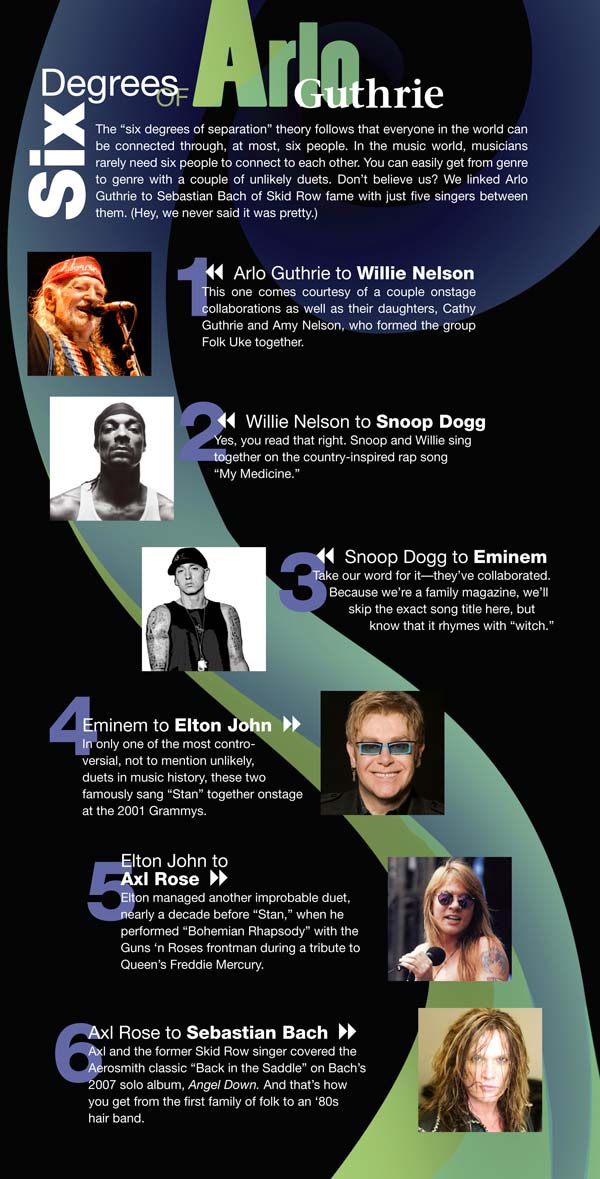