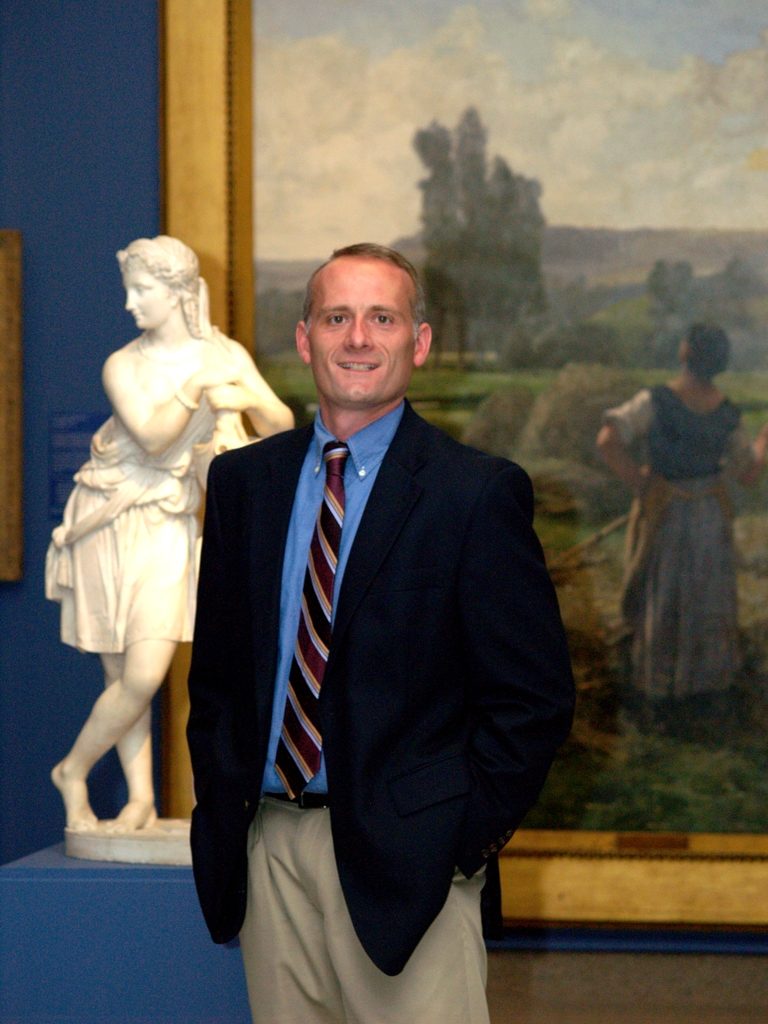 This month, I thought it might be fun to mix it up a little and interview Scott Schweigert, curator of art at the Reading Public Museum and creator of the groundbreaking exhibition Across the Atlantic: American Impressionism Through the French Lens, on view at the Appleton from November 2nd through January 5th.

As curator and creator of Across the Atlantic: American Impressionism Through the French Lens, why did you feel it was important to create this exhibition?

The initial idea for this exhibition came about in a chat with the director of Reading Public Museum, John Graydon Smith, who asked about the possibility of combining French and American paintings in an “in house” exhibition. The link between French and American Impressionism is at the core of the exhibition, and the more research I did, the more I learned about the scores of Americans who studied in France, absorbing not just the old masters, but the contemporary art scene as well.

My definition is probably a bit more elastic than some stricter definitions of the movement. It is not limited to the group of artists who exhibited in the 1870s and 1880s in Paris, but those who adopted its stylistic characteristics including (but not 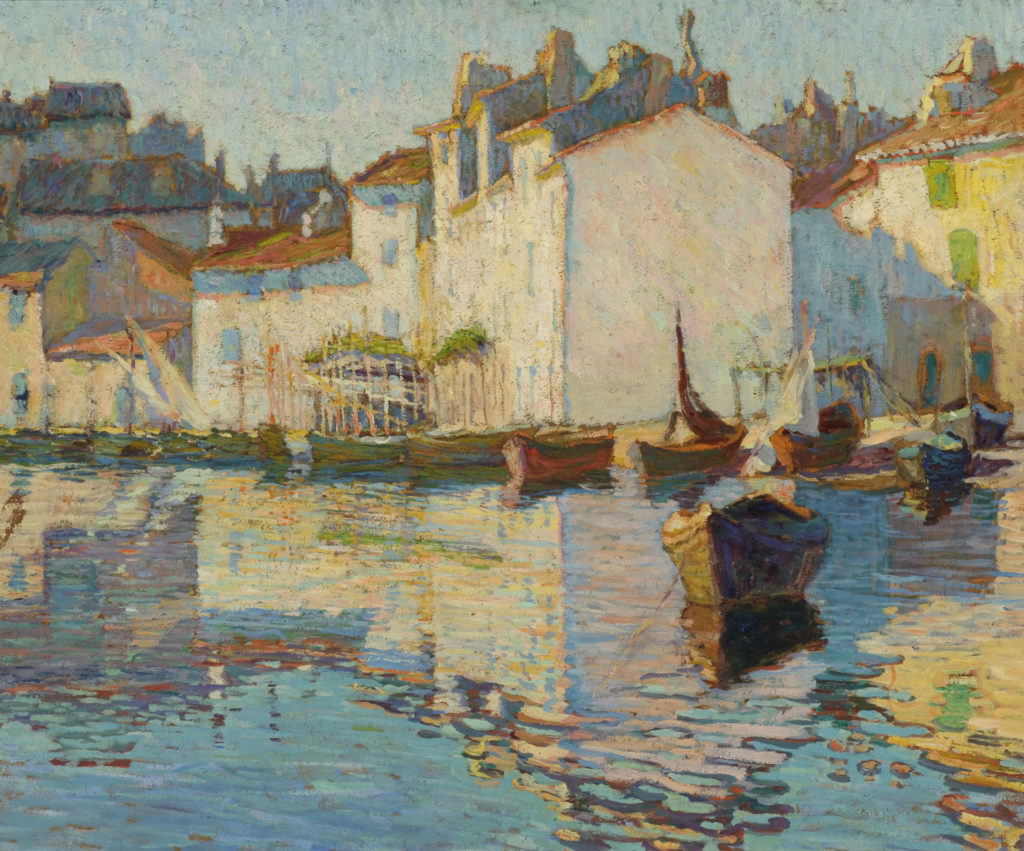 limited to) loose, visible brushstrokes, bright palette, interest in painting the world around them and an abiding interest in capturing the effects of light. It was an international movement with adherents in Spain, Holland, England, the U.S., Russia and even Australia.

The Impressionists were a bunch of radicals! While their compositions seem quite tame to us today, the whole basis of the movement flew in the face of most academic artistic traditions that had remained unchanged for centuries. French critics did not exactly praise the virtues of their canvases in their initial exhibitions. Perhaps, not surprisingly, American audiences and collectors were among the first to champion the movement.

A lot of people have heard of French Impressionists such as Renoir and Degas, but some may find it surprising to learn that there were American Impressionists, too. Tell us a little bit about them.

Yes, the group of American Impressionists included in the exhibition is a diverse group: some were expatriate artists living full-time in Europe, others attended academies in the U.S. and enrolled in European institutions, such as the Académie Julian, to continue their studies abroad, and others absorbed the style stateside from instructors and fellow artists. By the turn of the century, there were thriving groups of American Impressionists working in New York, Boston and Philadelphia. 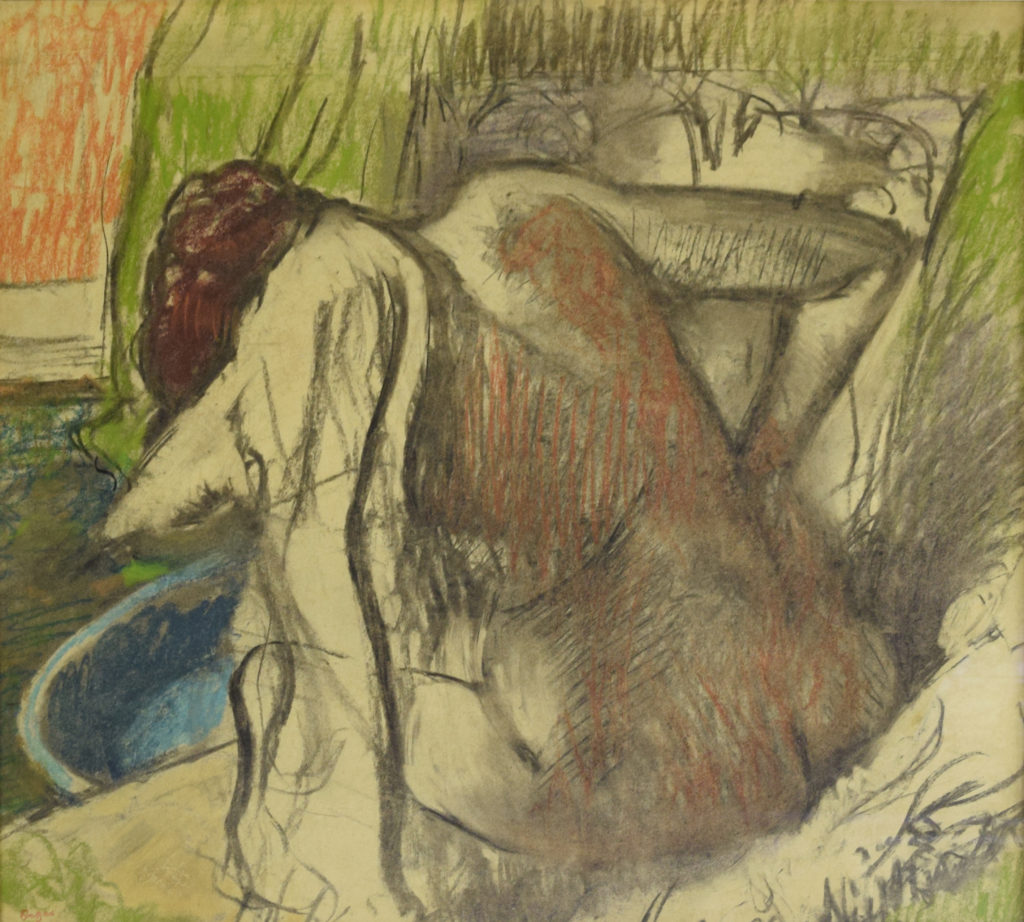 What new and surprising knowledge do you think people will take away from this exhibition?

Perhaps the diversity of approaches to Impressionism—each artist seems to have his or her own take on the style. Speaking of “her,” the other aspect that might be surprising to some is the number of women artists who embraced the style. The exhibition includes at least a half dozen works by women.

What do you think Impressionism can teach today’s audience?

I think we have to remind ourselves living in 2019 of the context of the late 19th century in Europe and the U.S. It was a time of tremendous change in both cities and rural areas and the art world reflected those rapid changes. Each of these paintings is a sliver of that moment in history, almost like time capsules. 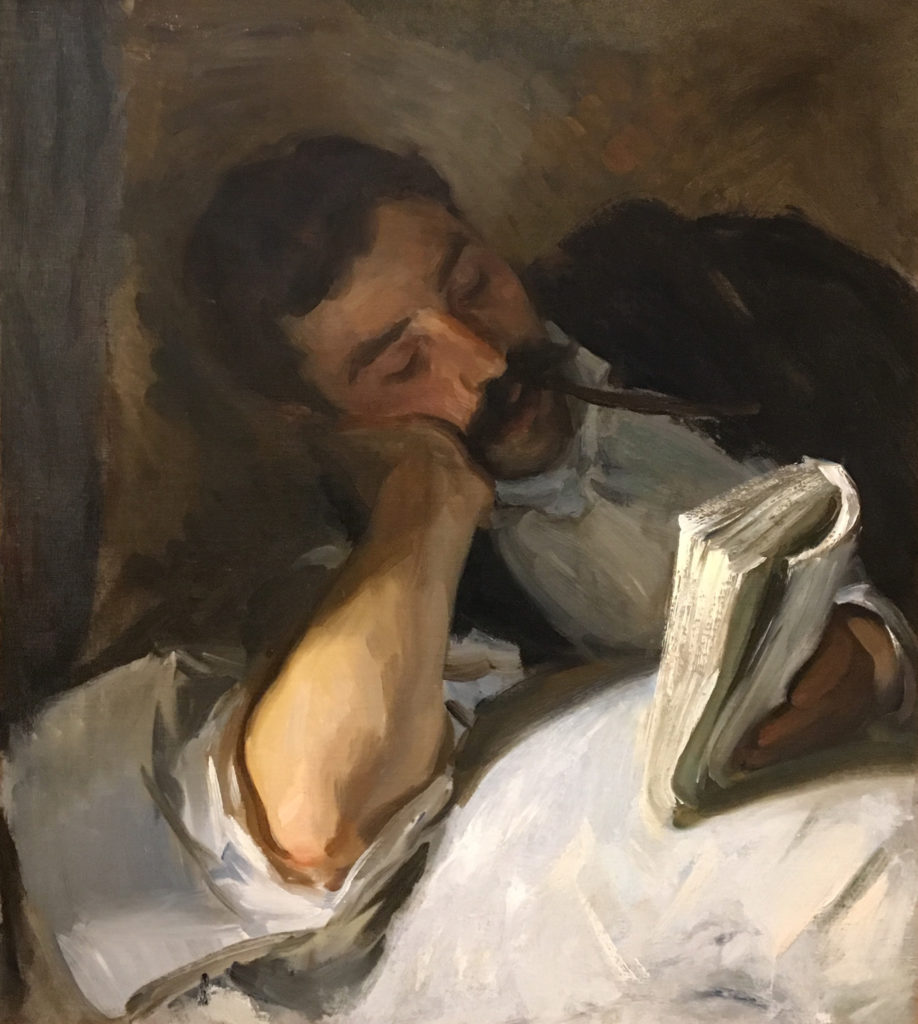 What do you think the Impressionists would think of art from our fast-moving digital age?

They would most likely be surprised at how much the world has embraced their innovations and the universality of the praise for their work. The culture of Instagram, Twitter and Facebook would certainly be foreign to them, but the ephemerality of it and the instantaneous nature of it might have appealed to some of them.

Even though there was a lot of diversity as far as age and lifestyle amongst the Impressionists, what do you think drew them all to experiment with this style?

For some of the Impressionists, the style was very freeing—allowing them to experiment with new materials, new subject matter and new brushwork. It opened up a world of opportunities, which I think made them one of the most important recorders of their own time.