When teachers Kim and Jarrod Hester decided to take on the challenge of hiking the Appalachian Trail — the whole trail, from the Georgia mountains to northern Maine — the married couple certainly knew they’d learn a lot on the journey. They ended up learning even more about themselves.

For West Port High School teachers Jarrod and Kim Hester, hiking the Appalachian Trail was inevitable. So strong was the beckoning call of the trail that both resigned from teaching positions to embark on the 2,175-mile odyssey.

“When I was a kid, I had a neighbor who hiked the Appalachian Trail,” says Jarrod, a former Eagle Scout and fifth-generation Floridian who grew up enjoying the great outdoors. “I loved to hear his stories and I think the idea began to grow that one day I would do it.”

Kim’s connection to the Appalachian Trail was a little closer to home. 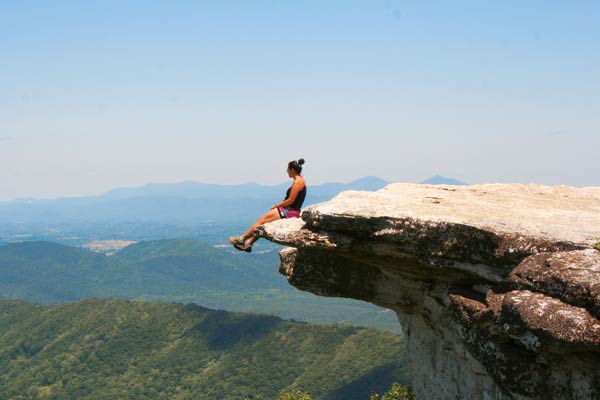 “My stepfather, Paul, hiked the trail in 2002,” she says. “He’s a Vietnam vet. He has a leg that had to be reconstructed after he stepped on a land mine during the war. Because of that, he had to hike the trail in sections. I was so inspired by that.”

After deciding to hike the Appalachian Trail, an endeavor that would take six months, Jarrod and Kim chose to approach the task with a surprising mindset.

“We didn’t want it to be about going as fast as we could,” says Jarrod. “We wanted it to be about the journey, about experiencing nature and simplifying our lives. We were curious about how the trail would change us.” 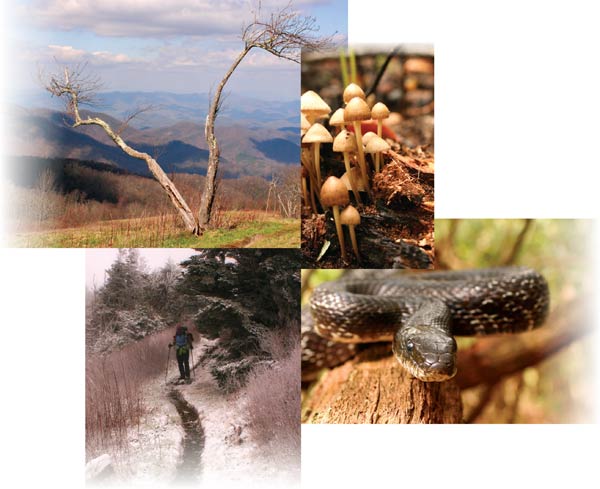 Already avid campers and hikers, they were for the most part gear-ready and fit, but they did take long daily walks in preparation. On weekends, they hiked in Paynes Prairie and the Ocala National Forest.

“Everyone has a different idea of how you should get ready,” says Kim. “We decided on on-the-trail training.”

On April 7, 2008, Jarrod’s 29th birthday, the pair set off from Springer Mountain, Georgia. As is tradition, they were given trail names — Hippie Chick and The Poet. Kim, petite and with long, jet-black wavy hair, looks like she could have just stepped out of the ‘70s. Jarrod, an English teacher who decided he would write a haiku in each trail shelter registry, grew an auburn Beat-poet beard along the way. 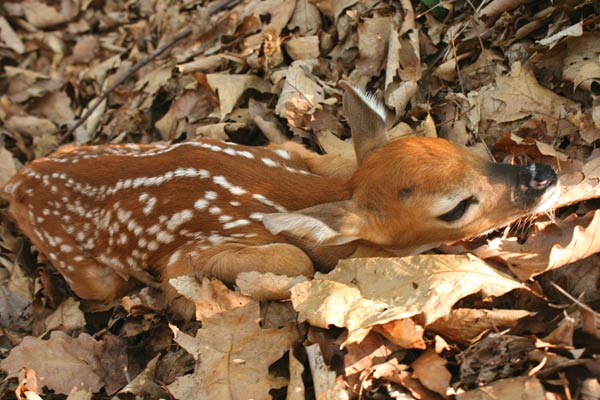 Regardless of age, gender, physical fitness level, or mindset, the Appalachian Trail is a challenge for all. The 2,175 miles stretch through national forests and over mountain ranges in 14 states, beginning in Georgia and ending in Maine. From snakes and moose to bears and everything in between, wildlife encounters are inevitable. In the six months it generally takes to cover the trail, hikers experience the three seasons of spring, summer, and fall. It can be cold and rainy one day, hot and humid the next. No two days are alike on the trail.

For the first 100 miles, logged by April 18 in Franklin, North Carolina, Jarrod and Kim carefully paced themselves.

“We averaged about 10 miles a day,” says Kim. “We wanted to let our bodies slowly adjust to the trail. Even then, something new hurt every day.” 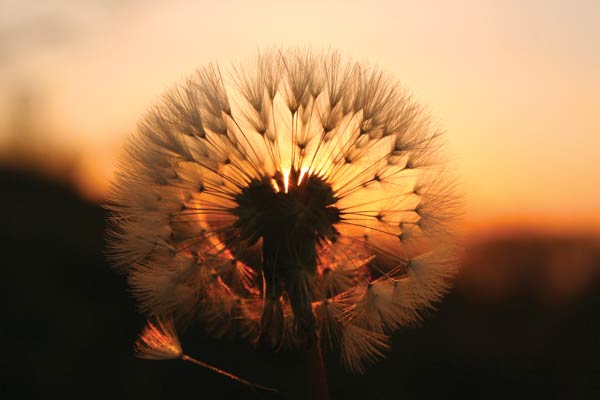 But they pressed onward, purposely making time to take stunning pictures of wildflowers and mountain vistas, letting each day reveal its natural rhythm. Mostly they camped out in their little orange tent rather than stay in the often-crowded shelters. By mile 200, they had worked up to a 20-mile day pace that included hiking three hours in the dark under a full moon.

That milestone was followed by the trek to Fontana Dam, also known as “the hardest 30 miles in the South.” On May 7, Kim’s 28th birthday, they took a day off to celebrate in Hot Springs, North Carolina. By the time they emerged from the Smokey Mountains and Tennessee into Damascus, Virginia, covering more than 460 miles at that point, certain realizations came to light.

“The trail was treating us well,” says Jarrod. “We realized that we were there for it, rather than it being there for us. Our attitudes made all the difference.” 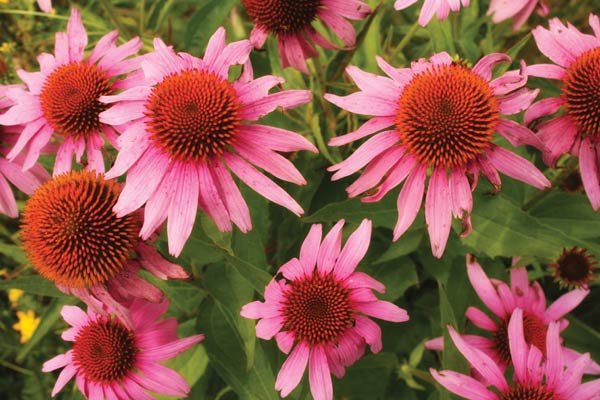 Part of the trail experience is meeting fellow hikers along the way. Some of the characters that The Poet and Hippie Chick shared steps with included Landfill, an overweight teen whose parents put him on the trail to lose weight; Hell On Bad Wheels, who had bad knees but was nonetheless hiking to raise money for charity; Mr. J, who lost his father and his job and was hoping to find some peace; Freewil, a CPA who was on the trail mulling a career change; and Michigan Wolverine, who everyone thought might be a little crazy, but was actually harmless.

A summer heat wave tested Jarrod and Kim’s resolve through Virginia into Pennsylvania. Kim describes it as “the worst part of the trip,” but she also concedes that it was the portion of the hike that gifted them with Virginia’s breathtaking views.

“The trail seemed to always provide us with awesome experiences,” recalls Kim. “On McAfee Knob, we came across a fawn on the side of the trail, two weeks old at most. It was the most precious thing I’ve ever seen.”

Another psychological lift came in Harper’s Ferry, West Virginia, considered the halfway point of the trail — 1,000 miles down, 1,000 miles to go. Jarrod and Kim’s spirits were further buoyed when their dogs, Ringo and Gypsy, joined them in Pennsylvania after being dropped off by a friend. 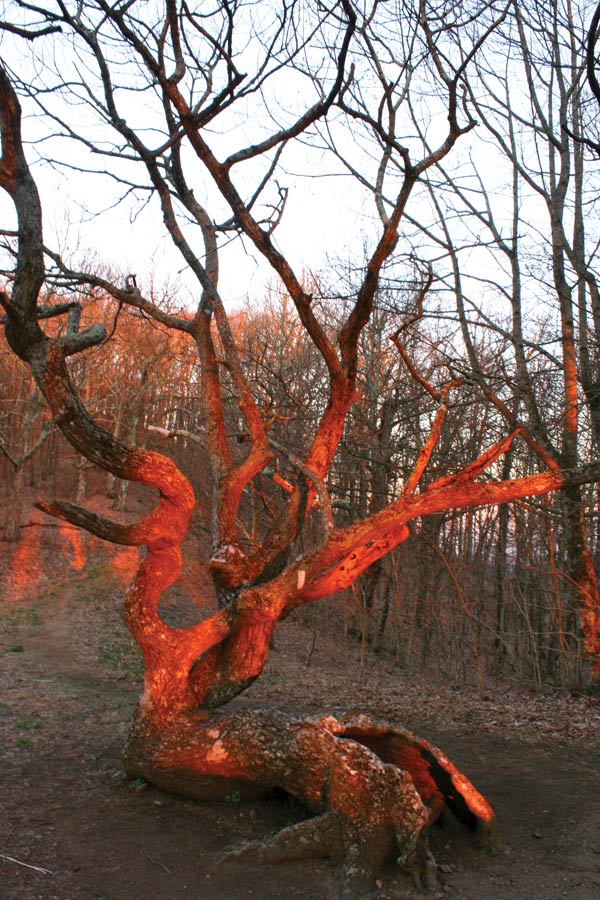 In Pennsylvania, or “Rocksylvania” as Kim dubbed the rugged terrain, the heat wore on and water was scarce. While in search of the latter, Jarrod had a scary close encounter.

“I went off alone without Kim or the dogs and didn’t even take my walking poles — all of which was a mistake,” says Jarrod. “I followed a riverbed off the trail into the brush and to a little pool of water. I started to pump some water and then heard branches snapping in the brush. The sound told me it was something big. I got up, turned around, and found myself staring at a black bear.”

Jarrod tried to shoo the bear away, throwing some river stones at it.

“That only seemed to annoy him more,” he says. “Then he started walking toward me. That’s when I raised my arms up over my head to make myself look bigger and made some loud noises. Fortunately, he believed my bluff and ran off.

“I got some water,” he continues, “and got out of there.”

Cooler September temperatures greeted the foursome in New England, helping them cruise through Connecticut and into Massachusetts. But no path is without its bumps — Ringo contracted Lyme’s disease, which is spread by ticks in the wild. Getting off the trail at the nearest town, they took Ringo to a local veterinarian for treatment. Four doses of antibiotics and a day off later, all were back on the trail. By the time they were through Vermont, they had logged more than 1,700 miles.

“We had fantastic weather and the terrain was kind,” Kim recalls. “We enjoyed one awesome view after another.”

Maine was in their sights as the multicolored foliage signaling autumn spread from valley to valley. On Sunday, October 11, Jarrod and Kim ascended 5,267-foot Mt. Katahdin, Maine, to complete their journey.

“Hiking the Appalachian Trail was a life-changing experience,” says Jarrod. “We learned that we could accomplish something that seemed so extreme and unattainable, and we realized that we can do without so many things of modern life. Living simply is a good way to live.”

Those are life lessons that Jarrod and Kim, who both returned to teaching weeks after their adventure, are sharing with their students.

“Our Appalachian Trail experience has become a great teaching tool,” says Kim. “It seems like I reference the trip almost every day in my classroom.”

“The trail is a great metaphor for life, for learning how to enjoy the journey,” Jarrod agrees. “I hope my Appalachian Trail experience shows my students that they should follow their dreams — and never doubt you can accomplish them.”

Even if that dream is hiking the Appalachian Trail.