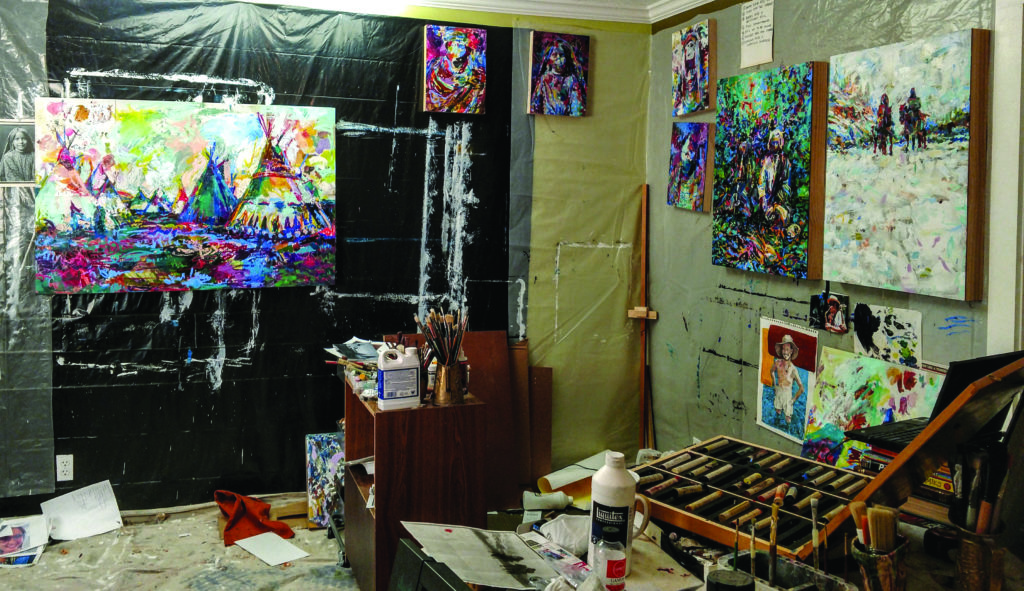 Organized chaos are the two words that encapsulate the feeling, concept and even process of Jordan Shapot’s latest series of paintings. Native American photographs captured by the historically famous photographer Edward S. Curtis of the early 1900s are the inspiration behind Jordan’s series, First Impressions, which will be on display at Brick City Center for the Arts this month. His series title has multiple meanings and purposes, especially because this is Jordan’s first impression on the painting world. Jordan’s title also fits his paintings in a more tangible way.

“At first glance, they look abstract, but something’s there,” Jordan says, explaining the first impression these paintings make before engaging the viewer to see more. 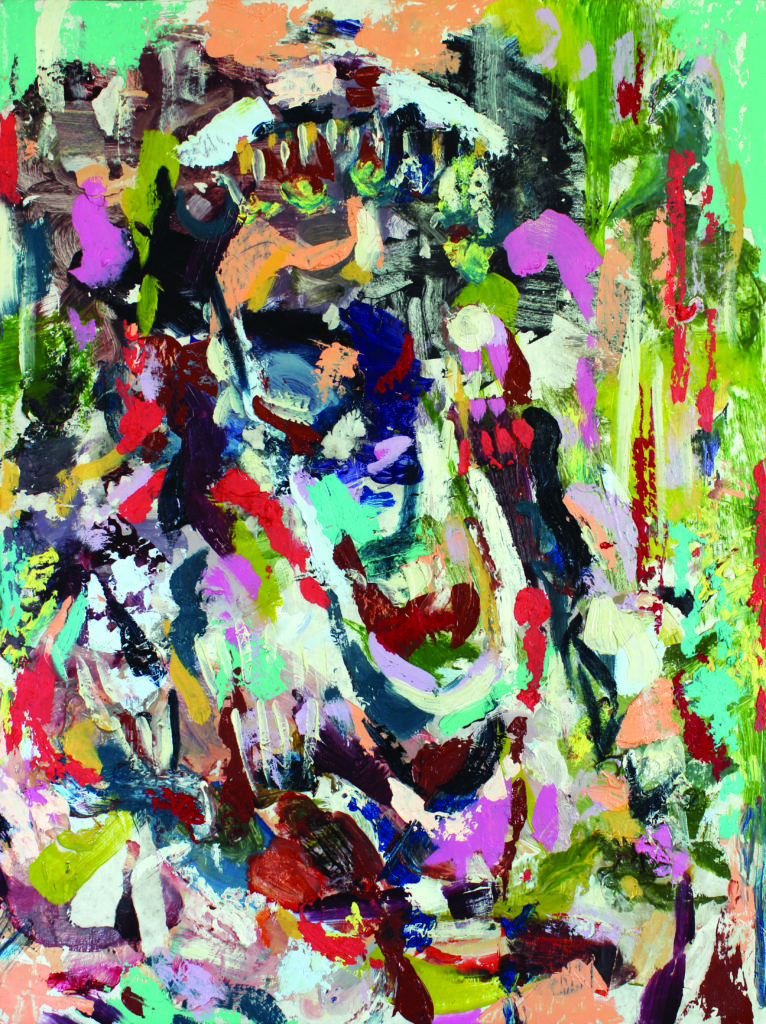 Although it’s the first solo art exhibition of his art career, Jordan says the impact is more than an opening event for him as a talented artist in the community. He’s putting himself out there in a rich and raw display of cultural significance and astounding insight. Two years have gone into the 30 pieces of art that make up First Impressions, 22 of which were completed by late November. Jordan admits he was pushing it a bit leaving eight paintings to finish a month before the show, but his confidence wasn’t shaken in the least. He has planned every stroke of his brush and color of paint that’s splashed across his repurposed palette paper on wood panels. Once he gathers the meaning of the image he wants to portray, he can finish the painting in mere hours.

“My style is ever-changing,” Jordan says. “I always need to keep it fresh.”

First Impressions sends out abstract vibes despite Jordan’s background in a more realistic style of painting. It’s as if he learned the rules and now chooses to break them, cracking the steadfasts and molding the absolutes, to form his own art. He holds up one of Curtis’ photographs next to one of the paintings in his series to demonstrate the abstract interpretation that subtly exposes the photograph’s image—all through the clever use of colors, textures and shapes.

The opening reception for the month-long exhibition at The Brick on Friday, January 5—complete with Native American performances and demonstrations, a teepee, hors d’oeuvres, cocktails and live music—creates more of a cultural festival mood than an art-show feel. But that was all part of Jordan’s vision.

“I didn’t want a run-of-the-mill art show,” he says. “This is me finally presenting to the painting world.”

Want to go? › Jordan’s art will be on display at Brick City Center for the Arts for the entire month of January. His opening reception is from 5-9pm on Friday, January 5.