A rare, custom-built 1961 400hp Superamerica Pininfarina Cabriolet Ferrari was the star of a recent photo shoot on a Marion County horse farm. The semi-luxury touring car will be featured in an upcoming issue of Cavallino magazine, which bills itself as “The Journal of Ferrari History.” 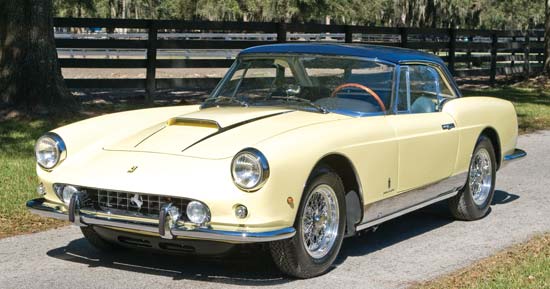 Photographer and renowned Ferrari historian Alan Boe spent the day photographing the automobile owned by Wayne Nelson, a retired builder and collector of Ferraris from Longwood. Wayne purchased the car 10 years ago from a Hollywood producer, who owned it for more than 25 years.

“It’s my masterpiece,” Wayne says. “It’s the van Gogh or Rembrandt of the automobile world.”

This particular car is also one of only six ever built by Pininfarina, a renowned Italian coach building company. Some of the features include four forward speeds with overdrive, electric windows, recessed door handles, wood steering wheel and dash trim, leather seats, a removable hard top, and a ragtop. But, it’s the drivability that turns Wayne on.

“The car is very nimble,” he says. “It shifts easily. It talks to me.” 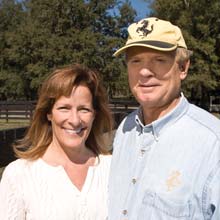 But when Wayne got the Ferrari, it wasn’t in the best shape. Although it had a miserly 30,000 miles on its odometer, the vehicle had sustained both front and rear end damage. To put it back like new, Wayne hired Bob Smith of Coachworks Inc., a Texas vintage automobile restoration company. Unbelievably, the restoration process took a total of 12,000 man-hours and four years to complete.

“This car was designed back in the mid-‘50s,” explains Wayne. “It’s all hand-built. We had to take the body off the frame and completely strip down the engine. There must have been a million parts to that car.”

Oddly enough, one of the toughest parts of the restoration was the console ashtray that had been crushed. Since no replacement existed, it had to be rebuilt and bent back into shape using the original parts.

Wayne doesn’t like discussing the value of the car, purported to be well over $1 million. 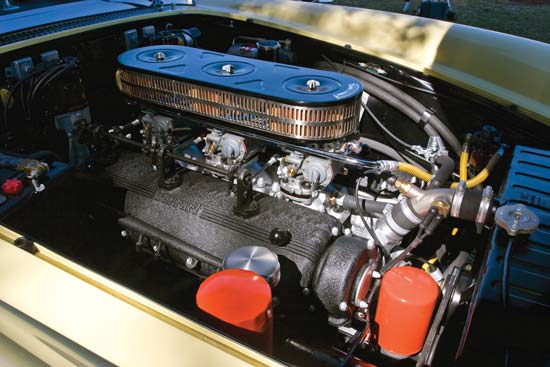 “That kind of thing turns me off,” says Wayne. “It’s strictly a passion.” Fortunately that passion does not exclude occasionally taking his prized Ferrari out for a spin in real traffic. “It really lights people’s faces up when they see this car,” he says. Wayne also likes to show his prized vehicle off at vintage Ferrari auto shows around the country.

“I like to share the car with other people,” he says. “Americans love automobiles and this is an extension of that love.”

“Ferraris were meant to be driven,” adds Wayne’s wife, Marilyn, repeating an oft-famous quote by Ed Gilbertson, a prestigious Ferrari Club of America Chief Judge, who also added, “and not stored.”