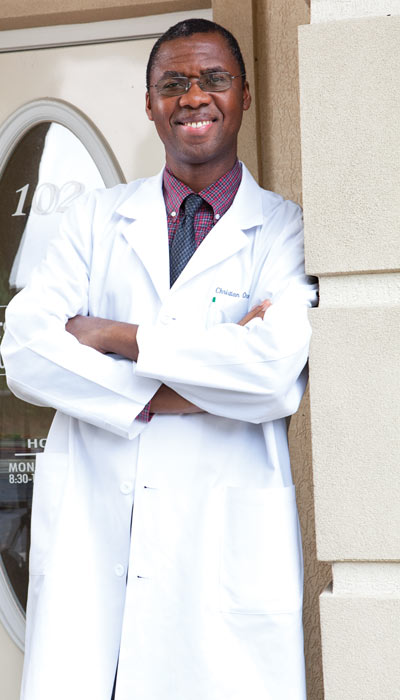 Say colonoscopy and watch people cringe. Mention colon cancer and more than likely, they will quickly change the subject. For most of us, neither topic makes for good conversation. But considering that colon cancer is the third most commonly diagnosed cancer and the second-leading cause of death in men and women combined in the United States, maybe we should be talking about it more. The National Cancer Institute estimates that there will be more than 140,000 new diagnosed cases of colon cancer and more than 50,000 deaths from the disease in 2012. Taking into account those sobering statistics and with March being National Colon Cancer Awareness Month, now is as good a time as any to initiate a discussion.

Ocala Style recently talked with Dr. Christian O. Oraedu, a board-certified colon and rectal surgeon with Ocala-based Surgical Consultants of Central Florida, about the health topic most people prefer not to talk about.

OS: When it comes to colon cancer, why is getting a colonoscopy so important?

OS: But people often don’t get a colonoscopy because of the unpleasant nature of both the preparation and the actual procedure. Have things changed when it comes to these matters?

Oraedu: Yes. The bowel preparation drink now has a better, less chalky taste, and you also need to drink less of it than previously. As for the colonoscopy itself, we now use a quick-acting intravenous anesthetic. People wake up and are surprised the procedure is over.

OS: When should people first have a colonoscopy?

Oraedu: For people with no family history of colon cancer, you should have your first colonoscopy at age 50. If no polyps are found, then one every 10 years. If polyps are detected, then another in three years. If there is a first-generation family history of colon cancer, have a colonoscopy either 10 years before the age that the relative was diagnosed or no later than 40 years old.

OS: Is a family history of colon cancer the top risk for developing the disease?

Oraedu: Yes, family history and genetics are the most direct cause. But many people have an incomplete family history when it comes to health risks, so there may be colon cancer in their family that they are not even aware of. Also, the colon cancer gene may be dormant in one family member and then manifest itself in another. So it’s better not to take a risk and have a colonoscopy even if you think there is no colon cancer in your family.

OS: Are there other high-risk factors for colon cancer?

Oraedu: Yes, there is a strong correlation between people who suffer from an inflammatory bowel disease, such as irritable bowel syndrome (IBS) or Crohn’s disease, and developing colon cancer.

OS: How about lifestyle risk factors?

Oraedu: There are some studies that show a lower incidence of colon cancer in cultures where there is a high-fiber diet and a low consumption of red meat. But keep in mind that while that is a good lifestyle to adopt, it doesn’t mean you will not be at risk for colon cancer, especially with a family history.

OS: Do gender and age matter as risk factors?

Oraedu: There are higher incidences in people older than 50, but I am beginning to see colon cancer in people as young as their 30s. This could be because of a combination of genetics, diet and also people getting screened earlier. As for gender, colon cancer affects men and women about equally.

OS: What is something that would surprise people about colon cancer?

Oraedu: In the early stages of the disease, when it is the most curable, there are often no symptoms. By the time you get symptoms like abdominal pain or blood in the stool, the colon cancer may have advanced to another stage.

OS: How curable is colon cancer?

Oraedu: Colon cancer is very curable, at a rate well over 90 percent, if detected early. That’s why having a colonoscopy is so important.

What You Need To Know About Colon Cancer

Treatments for colon cancer, depending on the stage of the disease, include surgery, chemotherapy and radiation therapy. Colon cancer is considered one of the most treatable cancers—if caught in the early stages.

“Over the past 20 years, the incidence and death rate from colorectal cancer in the United States is declining,” says Dr. Thomas H. Cartwright, an oncologist with Ocala Oncology. “This is due to a combination of both earlier diagnosis and more effective therapy.” 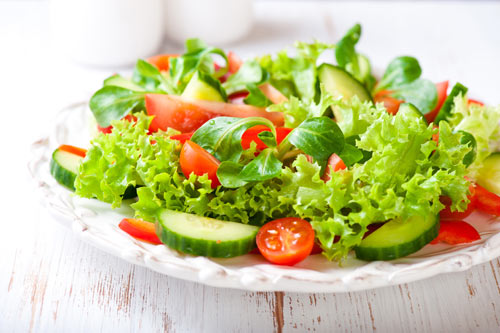 Are You At Risk?

Eat a low-fiber diet high in red or processed meats

Have cancer elsewhere in the body

Exercise most days of the week

Jacques Bernard had always been a robust, active man right up until he had his first colonoscopy at 59. That’s when everything changed.

“All my life I had been very healthy,” says Jacques, who in his native Haiti was a military pilot. “I played league soccer as a young man and, for the most part, always ate a good diet.”

Jacques and his wife Jocelyne moved to New York City in 1985, where he was a transit bus driver while attending Farmingdale College. The couple retired to Ocala 10 years ago. But retirement didn’t mean slowing down much for Jacques, who kept busy with homebuilding projects and church activities. Then, a friend who had recently had a colonoscopy asked Jacques if he had ever had one.

“I told him that I never had one,” says Jacques matter-of-factly. “There was no cancer in my family. Both my parents had lived long lives and died of what I call old age. But when I asked my doctor about a colonoscopy, he thought it was probably a good idea to go on and have one.”

For Jacques, the colonoscopy results were shocking—he had stage III colon cancer. At that stage, the cancer is not only in the colon but has also spread to nearby lymph nodes.

“I was in shock,” says Jacques. “I had no signs, no symptoms at all that anything was wrong.”

Sent quickly to Dr. Christian Oraedu at Ocala-based Surgical Consultants of Central Florida, Jacques underwent a colectomy. The cancerous part of his colon was surgically removed, and the healthy ends of the large intestine were reattached. And then, because Jacques would have to undergo intensive chemotherapy, a chest port was also inserted.

“Everything went well with the surgery and the recovery after it,” says Jacques, who then began chemotherapy three weeks later. “But once I began the chemo, I realized the surgery had been the easy part. The chemo was pure misery.”

It was a misery that lasted for eight months. Jacques would go to oncologist Dr. M.K. Kamal to have the chemo drugs injected into his chest port and then go home. There he would be “very sick, deathly sick, for days.” Before receiving more chemotherapy, Jacques would have to undergo blood tests to check his immune system’s strength. If his body’s resistance was low, the chemo would be delayed for a few days before the cycle would begin again.

“There were days during chemo that I thought I wouldn’t make it,” says Jacques. “And most of the men I met at the clinic who were having chemo for colon cancer at the same time as me didn’t make it. Most of them died.”

“I have been cancer free for four years now,” says Jacques, who is now 63 and pursuing a foreign language degree at the University of Florida. “I see Dr. Oraedu in July, and if all goes well, that will make it five years. I don’t dwell on the cancer. I just try to enjoy every day of my life.”

In addition to going back to college and spending time with his family, which now includes three grandchildren, Jacques shares his cancer story, mainly through his church.

“I tell people how important it is to get a colonoscopy,” says Jacques. “I don’t want people to wait until it’s almost too late like I did.”