Unlike most in her profession, Crystal Fernung was not a horse-crazy kid. There was no first pony, no riding lessons. And yet over the course of four decades, Crystal and her husband, Brent, who didn’t have a horse-based childhood either, have gone from young horse grooms to leading Florida thoroughbred breeders. For the past five years, the Fernungs have been among the top 10 Florida breeders, recording earnings of more than $1.5 million in 2018. 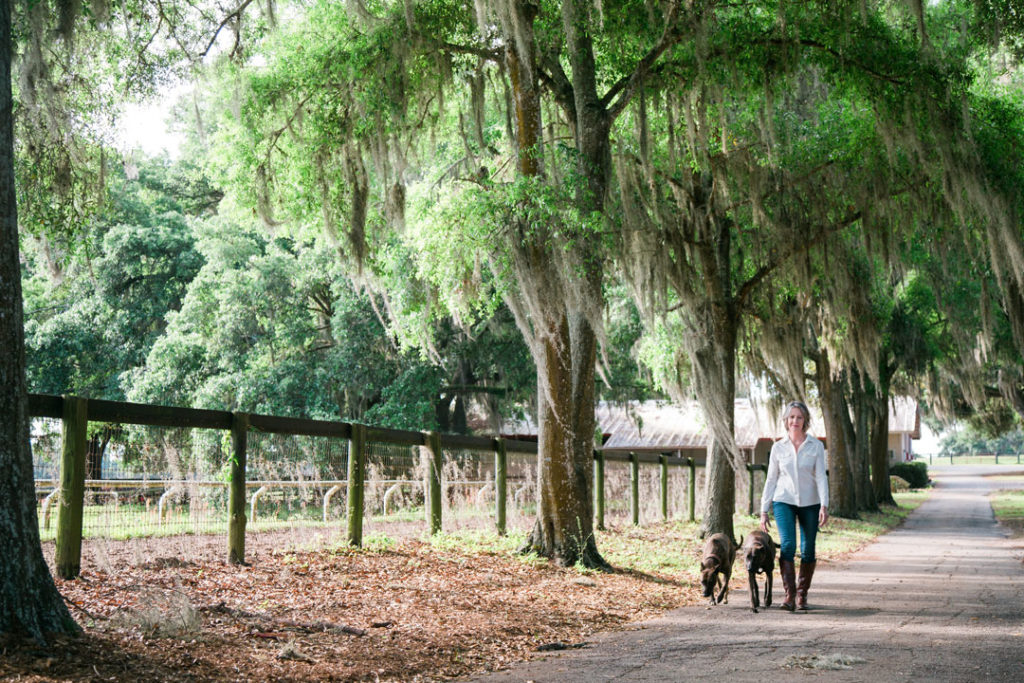 “I grew up in Sharpsville, Indiana, a small town with no contact with horses of any kind,” says Crystal. “I was 17 and thinking of joining the Navy when I met Brent. He was pre-vet at Purdue University. He had gotten the thoroughbred bug when he picked up a Daily Racing Form at a newsstand near Purdue. He quit school and went to work at Lasater Farm in Lexington, Kentucky.”

At 18, Crystal married Brent, then 22. He came back to Indiana to work for a state highway company for the next year but Crystal knew thoroughbreds were never far from Brent’s mind.

“As luck would have it, Brent’s brother, John, was working at the Ocala division of Lasater Farm,” says Crystal. “We came down for vacation in 1977 and got offered groom jobs at the farm. I fell in love with the farm. It felt like home right away.”

It was a decision that would shape the rest of the Fernungs’ lives, both personally and professionally.

“We lived on the farm, and I began learning about thoroughbreds,” says Crystal. “I cleaned stalls, groomed and worked in the office. And I would help Brent with foaling the mares.”

For Crystal, her first foaling experience was a significant moment in her evolution as a horsewoman.

“The first thing that surprised me was how quiet the whole foaling process was. Everyone and even the mare was so calm,” she recalls. “Then, as soon as the foal was born, I was so amazed at the mare’s instant maternal instincts: She licked her newborn foal and urged it to stand and nurse. It was such a beautiful moment.”

In 1980, Crystal and Brent became parents with the birth of their daughter, Casey.

“When I had Casey, I remembered that first foaling and then I understood that instant maternal bond,” says Crystal. “While Casey grew up, I stepped back a little from being so involved on the farm. I concentrated on raising my child and focused on my art, another love of mine. Of course I painted the farm horses, the mares, foals and the stallions.” 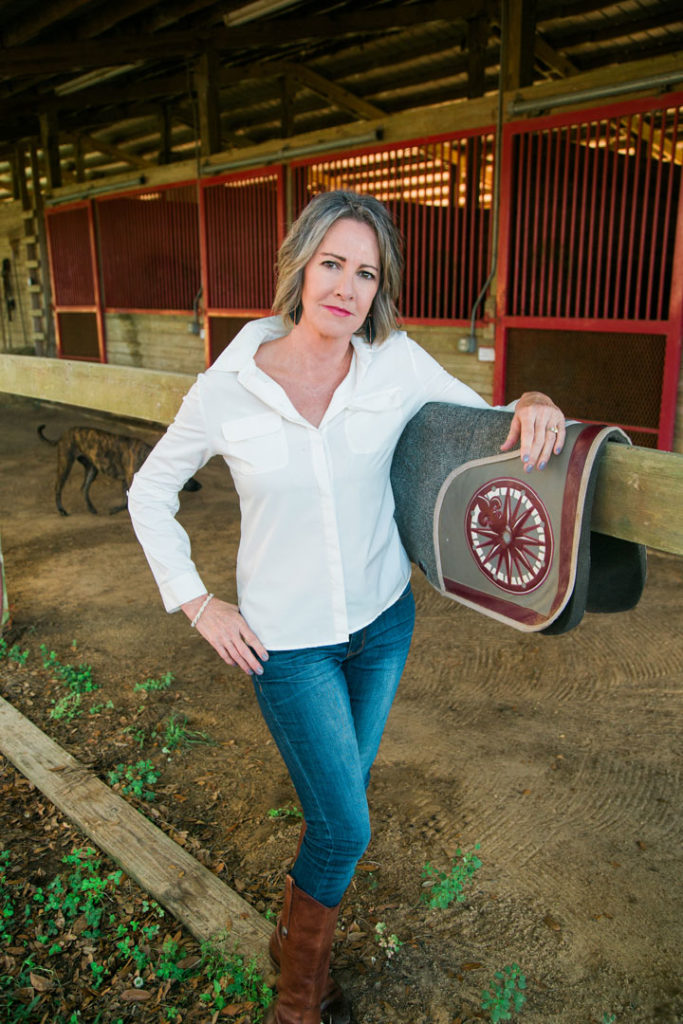 Over the course of the next 13 years, Lasater Farm would become Southland Farm. And by that time, Brent had become farm manager. When Southland Farm later changed ownership and became Franks Farm, the Fernungs decided it was time to venture out on their own. In 1989, they established Journeyman Bloodstock Inc.

“We picked Journeyman because we felt we weren’t apprentices anymore. Although in the thoroughbred industry, you really never stop learning,” says Crystal. “We started out with three mares, two yearlings, rented stalls and paddocks. Later, we bought 52 acres in Reddick and moved our operation there.”

As the operation grew and Casey went off to college, then law school, Crystal was again immersed in the business. In 2000, Brent became the general manager of CloverLeaf Farms II, a position he would hold for the next seven years.

“Brent and I had always been a team. But his main focus now was CloverLeaf,” says Crystal. “Now I was in charge of Journeyman’s day-to-day operation. I took mares to the breeding shed, did the foaling, did the sales prepping, set up and handled the sales. Those seven years are when I really came into my own as a horsewoman.”

The Fernungs also own the 90-acre Journeyman II, four miles from the stud farm and where their broodmare band resides. From January to June, foaling season dominates the Fernungs’ life. Typically, 60 foals, their own and those of clients, are born annually on the farm.

“But it’s not just foaling season, it’s also breeding season, training season, sales season,” says Crystal. “So our days start at 5am; then you get up to foal mares in the wee hours of the morning, usually 2-4am. There’s a lot of sleep deprivation.”

And yet foaling mares is still Crystal’s favorite aspect of being in the industry. 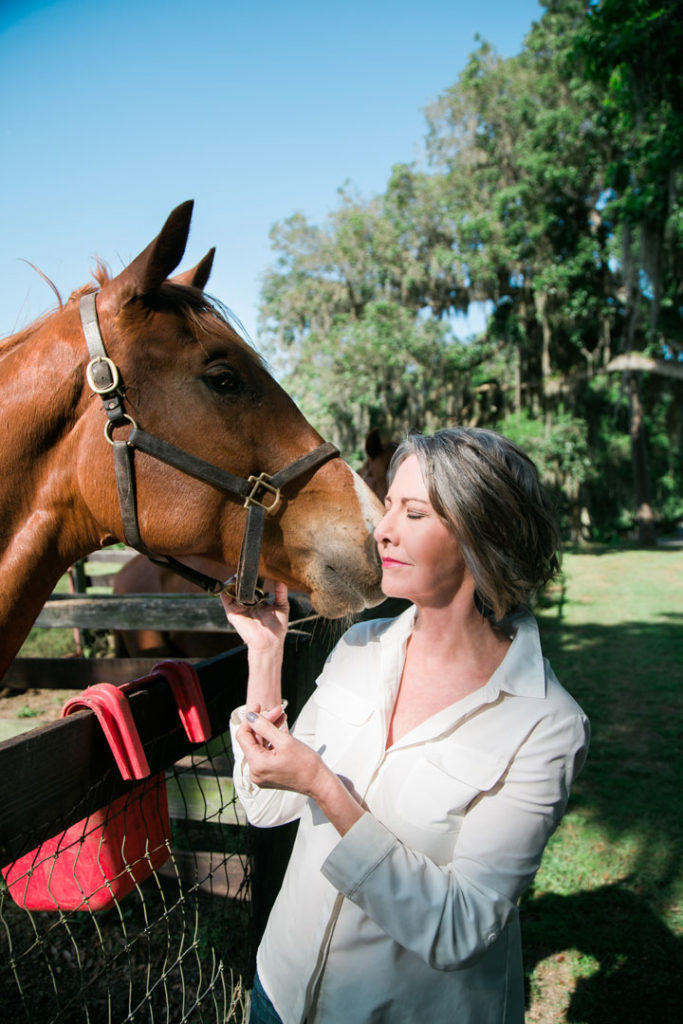 “Helping and seeing a new foal come into the world is very special,” says Crystal. “When every foal is born, I always say, ‘Welcome to the world, little one. Are you the one?’ Everyone in the business is hoping for that one big horse, and every new foal renews that hope. My recommendation to anyone interested in getting into the thoroughbred industry is to buy a broodmare and breed their own foal. It’s the most gratifying part of the industry to watch a foal grow up and become a racehorse. Horses can change owners, but you’ll always be the breeder.”

Outside of their business, the Fernungs are involved in other aspects of the industry and community. Brent is in his third year as board president of the Florida Thoroughbred Breeders’ and Owners’ Association. Crystal is on the board of the Marion Cultural Alliance and was previously on the Ocala/Marion County Chamber & Economic Partnership (CEP) Equine Committee.

“The thoroughbred industry is a big part of the Ocala/Marion County community. It’s why we’re known as ‘The Horse Capital of the World,’” says Crystal. “I encourage everyone to visit some farms and go to the OBS sales. You don’t have to know anything about horses, and you’ll learn a lot. I didn’t know anything about thoroughbreds when I came to Ocala, so I can relate.”

Today, some of the paintings that Crystal did of the Lasater Farm stallions hang in the Journeyman Stud office. On Crystal’s desk, there’s a black and white photo taken by a young Casey of her parents walking together through a paddock after turning out mares and foals. To Crystal, both are reminders of her journey.

“What I learned along the way is that being a woman is not a hindrance in the thoroughbred industry. There are a lot of amazing women in the industry,” says Crystal. “For Brent and I, our lives have been entwined in the thoroughbred industry for more than four decades. As a young girl, it was not the life that I imagined for myself. And now I can’t imagine having any other life.”