I’m guessing whoever came up with the quote “necessity is the mother of invention” didn’t live in the city. 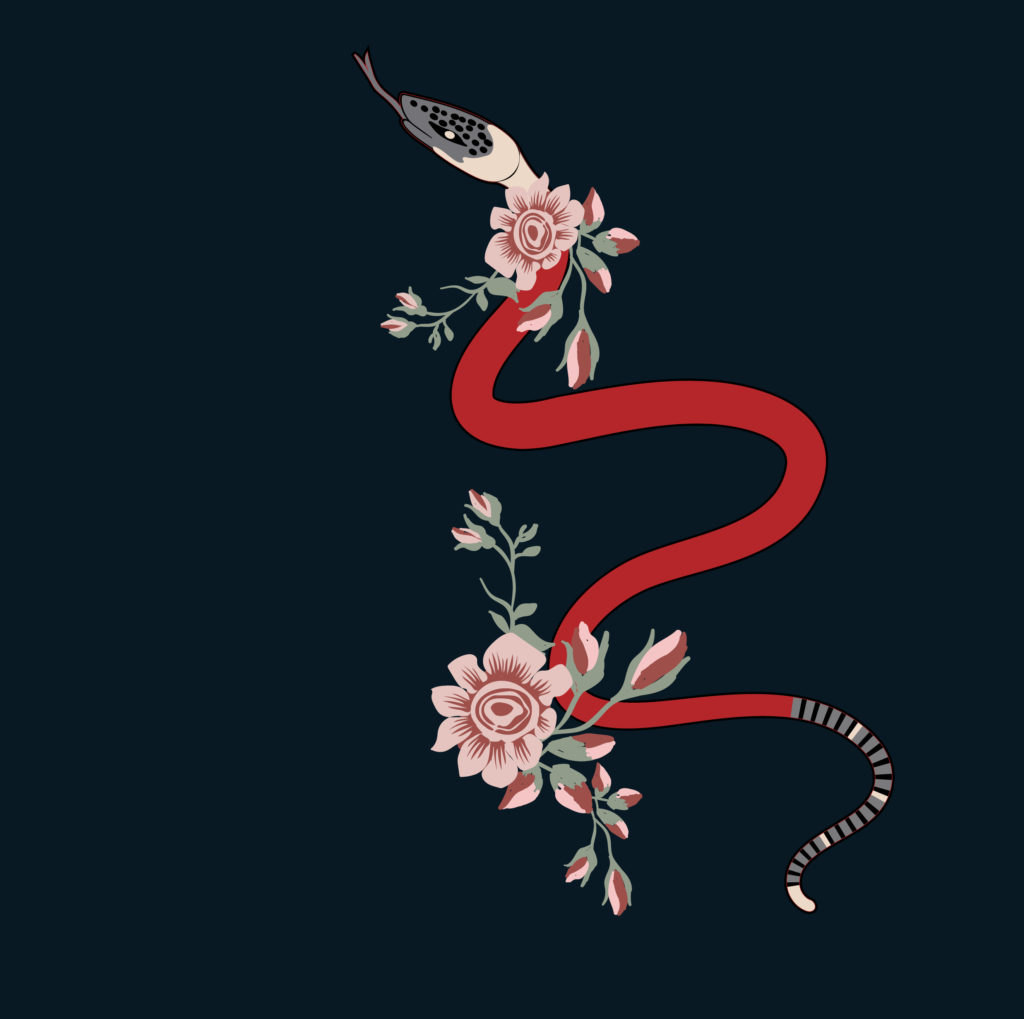 After nearly four decades of living on farms of all sizes, I’ve had more than my share of adventures unique to country life. Some of those fall into the category: Things. You. Shouldn’t. Find. In. Your. House. Ever.

At the time of this particular incident, I shared my heart and home with Dozer, a magnificent, bobcat-sized feline. I was working in my home office when I heard a sound from the living room, the sound a large cat makes when scrambling quickly on carpet. I kept writing. The sound kept repeating.

Curious, I hit “save” on the story I was working on. As I walked into the living room, Dozer looked up proudly, one of his many cat toys between his front paws.

There is something so wrong about the sight of a live snake on Berber carpet that my brain at first refused to process it.

Dozer was immensely pleased with himself at detaining the invader. He was far less pleased when I shut him in the bedroom so he couldn’t interfere with snake capture-and-release.

In the minute or less it took me to run outside, grab a bucket and race back inside, the snake had started to slither off in search of quieter accommodations. Apparently, he didn’t want to be a cat toy—or be caught.

Fortunately, he coiled up in fear at my return, and I covered him with the bucket, placing a heavy pile of books on top for good measure.

I phoned my neighbor, Dennis, who has come to the rescue on numerous wildlife-in-unusual-places episodes.

When Dennis arrived, we decided the safest removal method was to slide a piece of stiff cardboard under the bucket and carry it—and the snake—outside. On the way, I plucked my snake book off a shelf and brought it along for identification purposes.

My property borders hundreds of acres of woods and fields, which is where we released the 2-foot-long ribbon snake (thank you, snake field guide). He made a speedy escape into the tall grass and vegetation.

Turns out the satellite guy, who had been here earlier that week, never bothered to caulk the opening for the cable that came up through the floor. That narrow opening was all it took for Mr. Snake to think, ‘Ah, perhaps this will lead to a nice, cozy spot.’ I shudder to think where I would have discovered him had Dozer not been on guard duty.

Little did I know this “snake wrangling” experience would come in handy.

Just last week, I was on the phone doing an interview when I received a frantic text from my friend and neighbor: There’s a snake in my house!

As I ran to the truck, I knew just what to grab: a bucket and thick cardboard. (I personally recommend a United States Postal Service large flat rate Priority box.)

I screeched into Tina’s driveway minutes later, and sure enough, there in the corner of her hallway was a corn snake. We figure he must have crawled under the storm door, which is lacking in the weather-stripping department.

Amazingly, it took only a little coaxing with the cardboard to get the snake to crawl into the bucket that I placed on its side. Voilà! Snake in a bucket! Holding the cardboard securely on top, we took a walk into the woods and set our captive free.

For the record, I have no intention of becoming a professional snake removal expert, but I am toying with the idea of marketing an official snake removal kit. Order your own bucket-cardboard combo, just $29.99. Shipping included.