According to Dennis Cockerham, events manager for The JOY FM, the high-energy Christian band Third Day is one of the biggest groups in the country. “They’re one of our top artists,” he says. “We’re sure this one will sell out.”

In a generous phone interview with Ocala Style, Third Day’s bass player, Tai Anderson, revealed a more personal side of the band and offered the scoop on the other band members—lead singer Mac Powell, gui-tarist Mark Lee, and drummer David Carr. Here’s what he had to say. 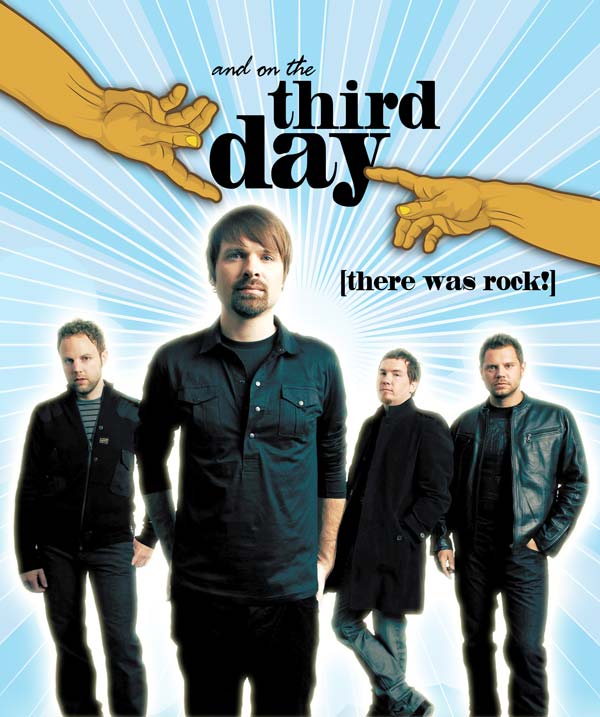 Mac Powell and Mark Lee formed Third Day. How did the four of you get together?

It goes back to that core relationship. Mac and Mark only live maybe 10 minutes away from each other, and David and I live in the same school district. David and I go to the gym together and meet at Starbucks. When we’re on tour, we’re seeing each other four or five days a week. On our two days off, we hang out with our families.

What songs will you perform at First Baptist Church?

We’ll do quite a few selections from Revelation [the group’s latest album]. “Call My Name” was our longest-running single. It stayed at number one for 12 weeks, so that was the song of the summer. But if we’re playing a song that’s not on the new record, it’ll be a big hit that everyone will know. When we do concerts, a lot of the audience participates—fans are on their feet, singing along to every word. 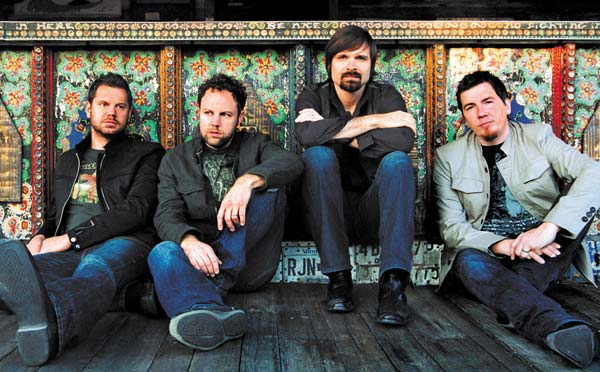 Mac Powell does a lot of the songwriting, but is the rest of the group also involved creatively?

We all participate. Every time we work on a song, it’s collaborative. Sometimes Mac and I work together on the lyrics. Mac is the main songwriter. He’s an incredible singer, has incredible melody. He’s really got to be the one who’s got to sell the song. If the singer ain’t selling, it doesn’t matter how good the bass track is.

Well, I’m married. [laughs] Seriously, I think that’s part of what this cycle of faith is—even though we’re where we want to be in life, we still blow it. Faith is an ongoing journey. You’ve got to say, “Yeah, I’m humble enough that I don’t have the answers, and I need somebody to help me through life. I’m putting my faith in the Creator of the Universe.”

You’re a Christian band and a rock band. What kind of response do you get to blending those two cultures?

You upset everybody. Christians say you can’t be Christian and play rock, and the people that are on the rock side don’t want you to ruin rock by making it Christian. We’re very purposeful to never compromise either. And we don’t want to compromise our faith. As fathers ourselves, we’re very mindful of what our kids listen to. We want to make sure the music never suffers.

What main message do you hope fans will take away from your show?

I think the big take-away changes on each tour and each season. There are different things in our hearts and minds, just like there’s a different sermon in church each Sunday. We found a lot of people, whether they’re Christians or not, are just going through the motions of life. We all go through those seasons. What we’re saying is, “God has an incredible life for you, and you can find your purpose.”

You’ve been involved in a lot of humanitarian efforts, such as World Vision, Habitat for Humanity, and hurricane relief. How do you promote them at your concerts?

One dollar from every ticket sale goes toward a charity. [At the Ocala concert] one dollar from every ticket will go toward a fund to finish a school and pay for teachers in this project in Northern India. Yeah, it could have been our profit, but it’s our fans’ money. We’re saying, “Just by being here tonight, you’re a part of this.” We call our fund the big “come together” fund. Now people know it’s just part of doing business with Third Day.

Tell us about your new video.

It’s a documentary/concert video tentatively called Three Days with Third Day. We actually took the cameras home with us, so they caught me changing a diaper and caught Mark feeding his baby. People think, Oh, here’s this big rock band backstage. They must be having a party. Yeah, with Barney. It’s all part of our world.

What’s down the road for Third Day?

We’ve been incredibly blessed. We’ve had a long career already and incredible fans. The longer you’re around, you’re not just competing with other bands. You have to do better than your last hit—you have to outdo yourselves.

Click on logo below to get linked to JoyFM to buy concert tickets:

Click on song titles right below to link and listen to some of Third Day’s rockin’ hits!

and other cool live performance videos at