Successful artistic endeavors often are supported financially by donors—known as angels. In Ocala, Lisa and David Midgett have starring roles in that arena. 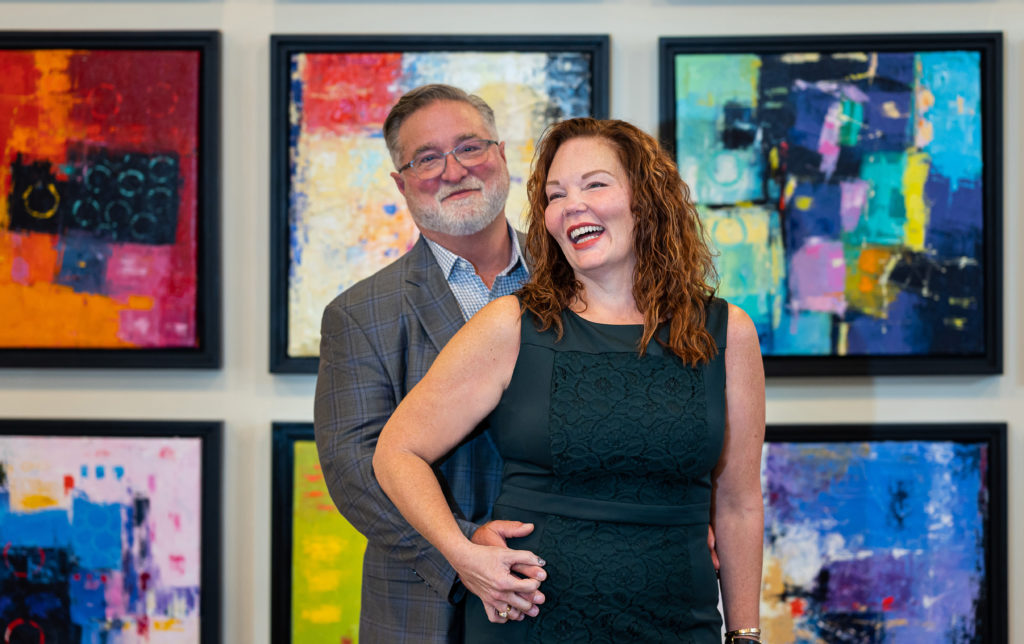 As childhood friends in Miami, Lisa Irwin and David Midgett were involved in the arts. She loved to put on “shows” for her parents, crooning classic songs from the 1940s and ‘50s and dancing. He played piano and sang.

The couple, who were married in 1991 and moved to Ocala in 1994, now are well known for their extensive and generous support of multiple forms of the arts, including such entities as the Marion Cultural Alliance (MCA), Fine Arts For Ocala (FAFO), the Appleton Museum of Art, the Reilly Arts Center and many others. In 2016, they formed the David and Lisa Midgett Foundation, through which to channel their continuing support.

“We realized that our charitable giving had reached an amount where it was a smart move to create a foundation,” Lisa Irwin Midgett explains. “It’s kind of a running joke that David is really good at making money and I am super good at giving it away.”

In recent months, the couple has stepped up in even more ways to support area artists whose lives have been altered by the pandemic. Among those endeavors were the very successful Art Castle happenings and the NOMA Gallery, both based in one of the city’s most distinctive venues, the former Coca-Cola Bottling Plant, built in the Mission/Spanish Revival style of architecture in 1939.

“We were going to put a distillery here, but that wasn’t the best choice,” Midgett offers. “So, around February of this year, I started thinking about doing a pop-up art gallery like I had previously done at a Victorian home I owned.”

She said subsequent conversations with her best friend, artist Maggie Weakley, who also is the administrative coordinator for FAFO, and artists such as Justin Alsedek, led her to better understand the significant financial impact the pandemic was having in the local arts community.

“Justin explained to me that the spring shows that got cancelled feed your fall shows. Without spring shows, you don’t have money to make prints, to enter your shows, to buy supplies,” she recalls. “So, I sat home crying most of March and April. And we did as much as we could. We bought paintings via Zoom…those kind of things.”

She says she soon was thinking of ways to utilize the historic property at 939 N. Magnolia Avenue to support the arts. She felt it was important to engage artists in the process and brought Mel Fiorentino and Diane Cahal into the loop.

“At one point, there was so much to do I was almost at the point of selling it,” Midgett says of the iconic building. “And then, around June, everything just started coming together and, very quickly, things happened. We had our soft opening August 13th, with the grand opening the following week. Every week but one, the events included performing artists.”

The various events and exhibits in August and September were known collectively as Art Castle.

“She and David wanted to do something to genuinely help artists in Marion County,” Cahal expresses about Art Castle and the NOMA Gallery. “We were all feeling alone and isolated, yearning for connections. Everyone wanted to be part of it and we shared the dream of having a gallery, with events, and we could collaborate and work off of each other. We started small to ensure safety in a pandemic. Musicians, singers, dancers; all the arts. It took off and became something better than we thought it would.”

“At first, I would tell people, ‘If I have fun, I’ll keep it open, but what we’re doing is for 2020.’ I explained that we were running the gallery basically as a nonprofit, in that I was not charging any commissions or fees,” Midgett notes. “But then I had 16 artists in here. The artists got to be together and collaborate. I had a couple of emerging artists and seeing them working alongside some of the greats that have so much experience in this town, then seeing their game elevate, it brought me so much joy. And they sold things. And it turned out I did have fun. So, I decided to keep it into 2021 and beyond.”

Midgett says the gallery will be a for profit entity in 2021 and will host a local nonprofit night once a month, for the agency’s donors as well as the community at large, at no charge.

“NOMA will always have a philanthropic arm,” she explains. “I have chosen to not be a nonprofit as I do not want to compete for funding with my nonprofit friends in the arts community.”

After having to cancel its annual Ocala Arts Festival due to COVID-19, FAFO presented an exhibition by its artists in the NOMA Gallery in October.

In November, NOMA will host the Seasons of Change community art exhibit, followed by a few events in December before it temporarily closes for some building enhancements.

As for her level of satisfaction with the initiative so far, Midgett declares that she is “at a 9 1/2.”

“Nothing is perfect, but this was pretty close,” she offers. “What I had in mind was a space where we had beautifully hung artwork.”

Her thinking evolved however as she was stuck at home during much of the COVID-19 isolation when she was watching Netflix and considering her work with MCA and the cultural grants the organization gives to the performing arts and various other art groups.

“You realize that’s who is entertaining us,” she says. “So, I imagined visual arts and a working artists’ studio. And that happened. I also wanted a place where children were welcome. If I didn’t have to close in December and paint, I think I’d be at a 10.”

She reveals that she and her husband have plans, along with Bert and Xochitl Smith, to use the second floor of the venue as headquarters for a new professional indie record label, which is no surprise given the Midgett’s backgrounds.

“We’ve known each other since we were 11,” she explains. “He comes from a very musical family. I was in drama club in high school and loved to write. David and I sang in church and helped lead worship. We’ve just always had music and art in our lives.”

She says their working-class parents encouraged them to take traditional routes in life.

“We were both taught you go to school, you get a job and then you retire and live your life,” she recalls. “And then my mom died at age 59. My dad had been retired for just a few months when she became ill. David and I were about 32 and, after experiencing that, we decided that as long as we didn’t go into debt, we would live our lives now.”

Along the way, David became a successful attorney. Lisa worked in retail management and owned a number of businesses, as well as a horse farm. It was while she was working as a county manager for subsidized child care that they adopted Jake, age 8, and Liz, age 5, both now adults. The family now includes son-in-law Isaiah Pepper and granddaughter Isla.

Pepper is the manager of the NOMA Gallery, with Fiorentino and Cahal as co-directors with Midgett.

“A year from now, I want people from other countries to come to Ocala looking for this gallery,” Cahal states. “All the artists can’t believe how generous Lisa and David have been. My year turned out to be way more profitable than ever in the past. When good people, with some smarts and good hearts, ask questions instead of giving people what they think they need, and find out a way to make that happen, that is the biggest gift. I believe it will benefit the community and arts as a whole and flow out from there.”

Some events will have a charge for admission. For details, go to nomaocala.com 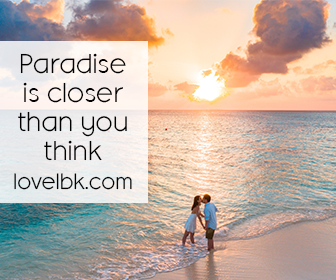