There’s no hitting the brakes for businessman and racing champion Josh Hart. 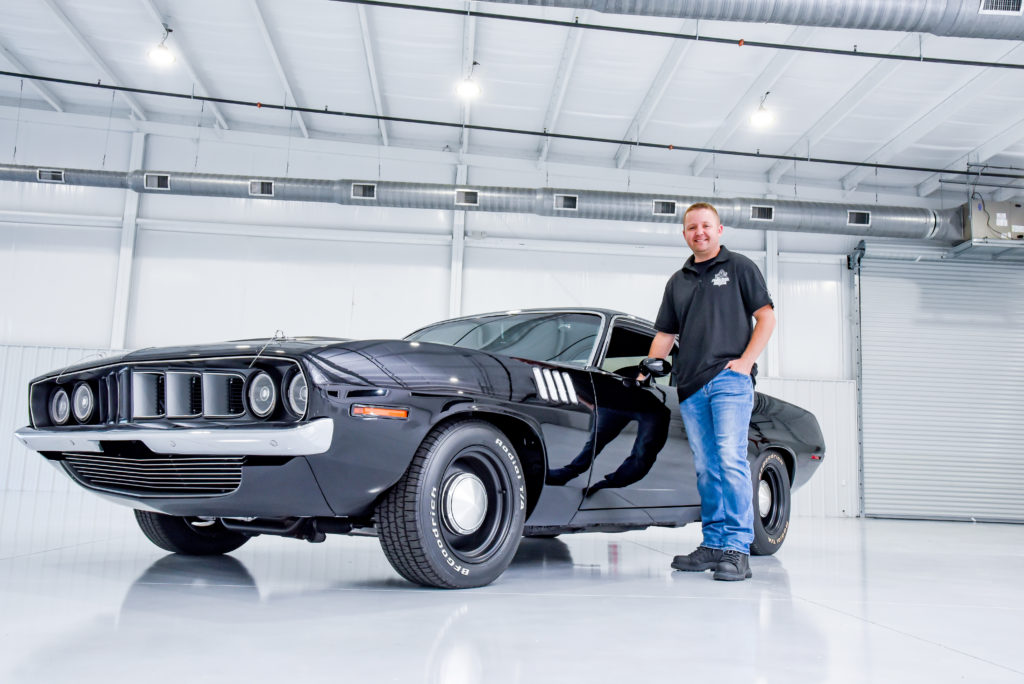 Josh Hart knew early in life that he wanted to be his own boss. So, at 16, he started his own business in his native Indiana. Over the next 19 years, he married the love of his life and they moved to Ocala and started a new business that grew from detailing vehicles into a sales and service operation that spans an entire city block. He also progressed from drag racing his personal pickup truck to competing in the sport’s elite Top Fuel dragster category.

The self-made entrepreneur has always relied on his keen intuition and a strong work ethic. Couple that with the personal motto for him and his wife and business partner Brittanie, that “anything’s possible,” and you have a true American success story.

Burnyzz LLC, located on Aspen Road in southeast Ocala, is a “hot rod heaven” kind of location where afficionados can find cars for sale ranging from an elegant 1941 Lincoln Zephyr to a sporty 1967 Pontiac GTO to a compact 1972 VW Super Beetle to a sleek and powerful 2014 Chevy Corvette. The operation features an extensive service and repair department that offers performance engineering, a wide range of maintenance services, dyno tuning, window tinting, upholstery, custom fabrication work and more. The name of the business and blazing logo came to Josh one night while he was sitting by the fireplace, to spin off of the word “burnout,” as in drag racing, with the two “z”s at the end to represent the black marks left by “lighting up the tires.”

And speaking of lighting up things, Josh did just that in March, when he became only the fourth driver in National Hot Rod Association history to win his first professional appearance in a class when he won the coveted Top Fuel trophy at the Gatornationals in Gainesville in his Burnyzz Speed Shop/Technet dragster. Cheering him on was Brittanie and their daughter Helen.

“When Josh sets his mind to something, whether it be a goal or dream, he will do whatever it takes to accomplish it,” Brittanie offers. “He truly is one of the most driven, hardworking men I know. He is proof that everything is possible if you want it bad enough.”

Josh and Brittanie, who met in Indiana, moved to Ocala in 2010. They branded Burnyzz that year and have since worked hard to create a family atmosphere for employees and customers alike.

“It’s all about hard work, dedication, endless hours, never giving up and always pushing forward,” Josh says. “We want our employees and customers to feel valued. We wouldn’t be where we are without them.”