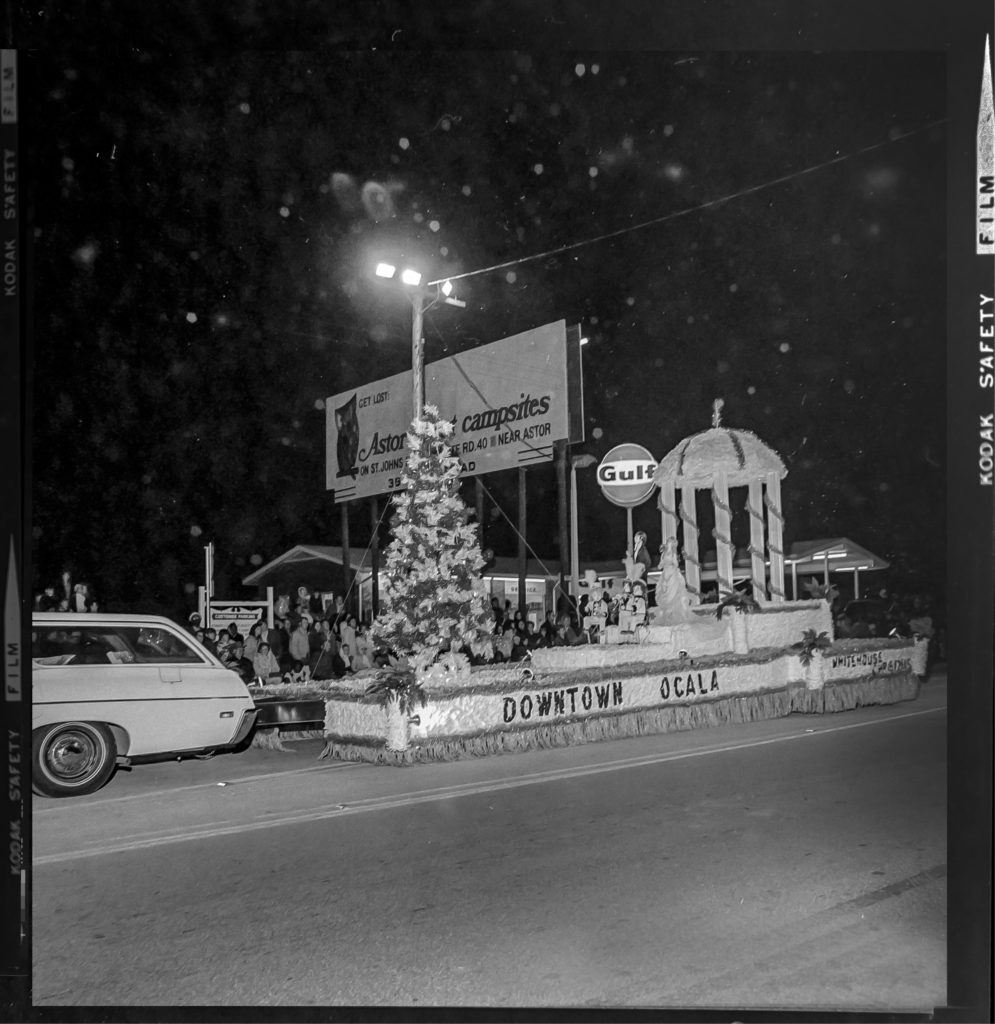 The Ocala Christmas parade has been going strong since the mid 1930s and is Florida’s largest nighttime Christmas parade. The photos shown here, taken by Jim Jernigan on December 21, 1971 (and discovered in his archives by his son, photographer John Jernigan), depict the now retro style and fashion of the 1970s. The 1970s is also when the Reindeer Run, a 5K run/walk that takes place down Silver Springs Boulevard before the parade, first began. It continues to this day. This year’s Christmas parade will be December 8 at 5:30pm.