The initial First Friday Art Walk of 2020 will host the Red Sand Project to represent victims of human trafficking who have fallen through the cracks. 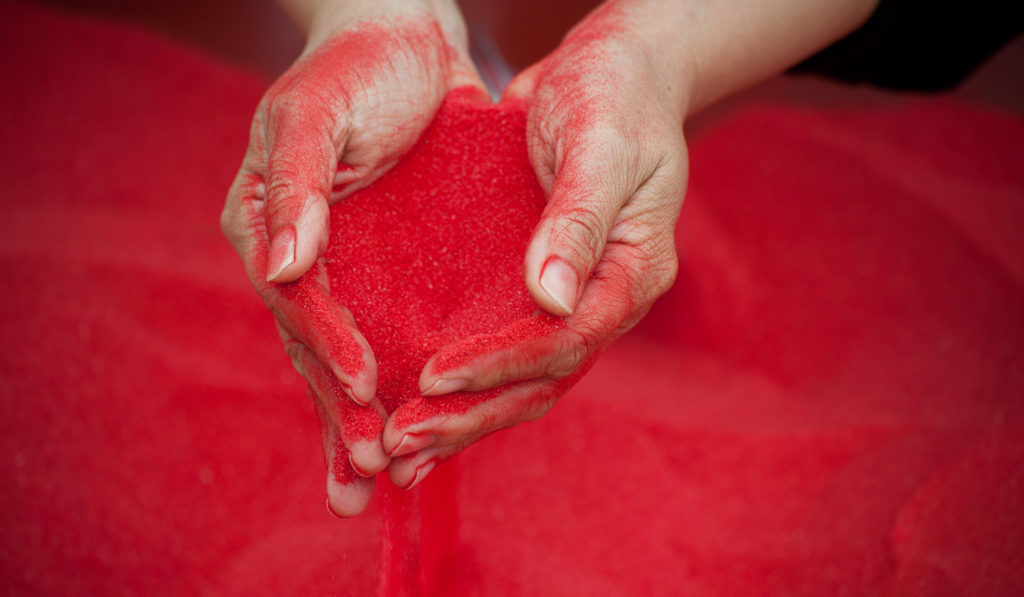 January is Human Trafficking Awareness Month and an innovative art project is coming to Ocala to raise awareness about the issue. The Red Sand Project (RSP), first launched in 2014 by experiential artist Molly Gochman, is a striking visual representation of the contrast between the worst of humanity and the best. The project will debut locally on January 7th during the First Friday Art Walk. Selected participants will fill in cracks on the sidewalks around the downtown square with bright red sand to create a visual reminder of the millions of people around the world who have fallen through the cracks of society and become trapped and hidden in slavery.

We possess a basic human need to connect through storytelling and the sometimes obvious and sometimes hidden messages within art of various mediums can empower healing, understanding, teaching and learning. The RSP makes that connection clear.

The Rev. Mary Delancey is the local coordinator of the RSP. She has been involved in anti-slavery work locally, regionally and internationally for about seven years. She is a deacon at Grace Episcopal Church, the freedom partner coordinator for the International Justice Mission Orlando volunteer team and a board member with Marion Cultural Alliance.

“I realized that this was a way to bring the strength of the local art community to the work of ending human trafficking,” Delancey says of the inspiration to join the cause. “The Red Sand Project is a simple, but powerful way to draw the community’s attention to the global and very much local problem of human trafficking. Freedom and creativity recognize and lift up our shared humanity.” 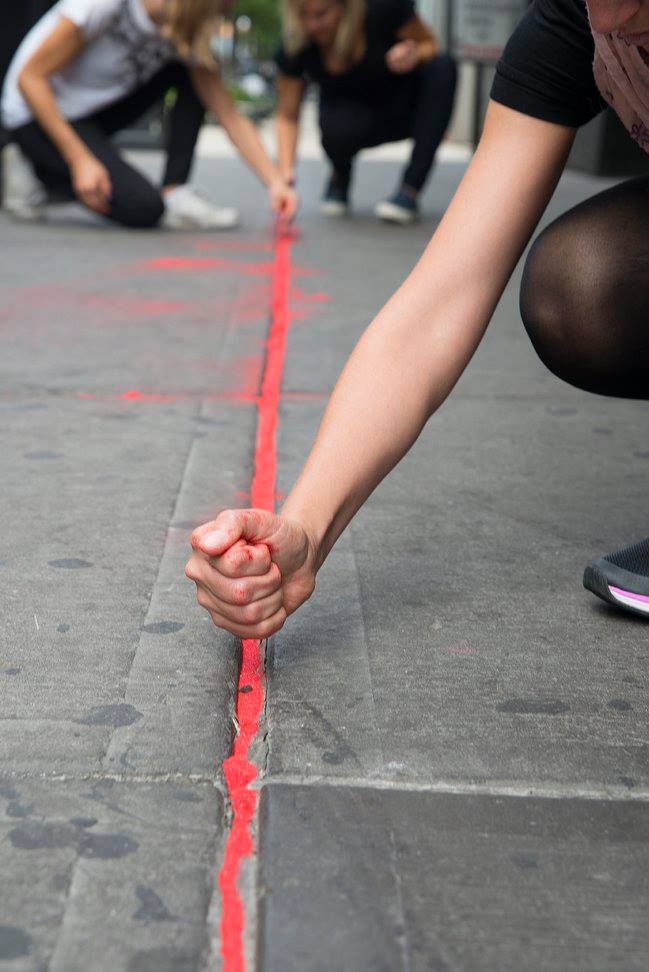 According to the Red Sand Project website, RSP “uses sidewalk interventions and earthwork installations to create opportunities for people to question, connect and take action against vulnerabilities that can lead to human trafficking and exploitation.” Gochman, the artist originator of the project, says, “We can’t merely walk over the most marginalized people in our communities, those who fall through the [metaphoric] cracks. I’ve always thought that sidewalk cracks were beautiful; they hold a tension between nature and society.”

This epidemic affects more than 20 million people worldwide. According to the Marion County Sheriff’s Office, the problem reaches locally, too. Although there are no exact figures for Marion County, the state of Florida has the third highest number of calls from all states to the National Human Trafficking Hotline. Delancey notes that Marion County has had one conviction for human trafficking this year.

“We can end human trafficking, a form of modern-day slavery, in our lifetime,” Delancey offers. “But to end it we must first acknowledge that it exists and understand how and why it happens.”