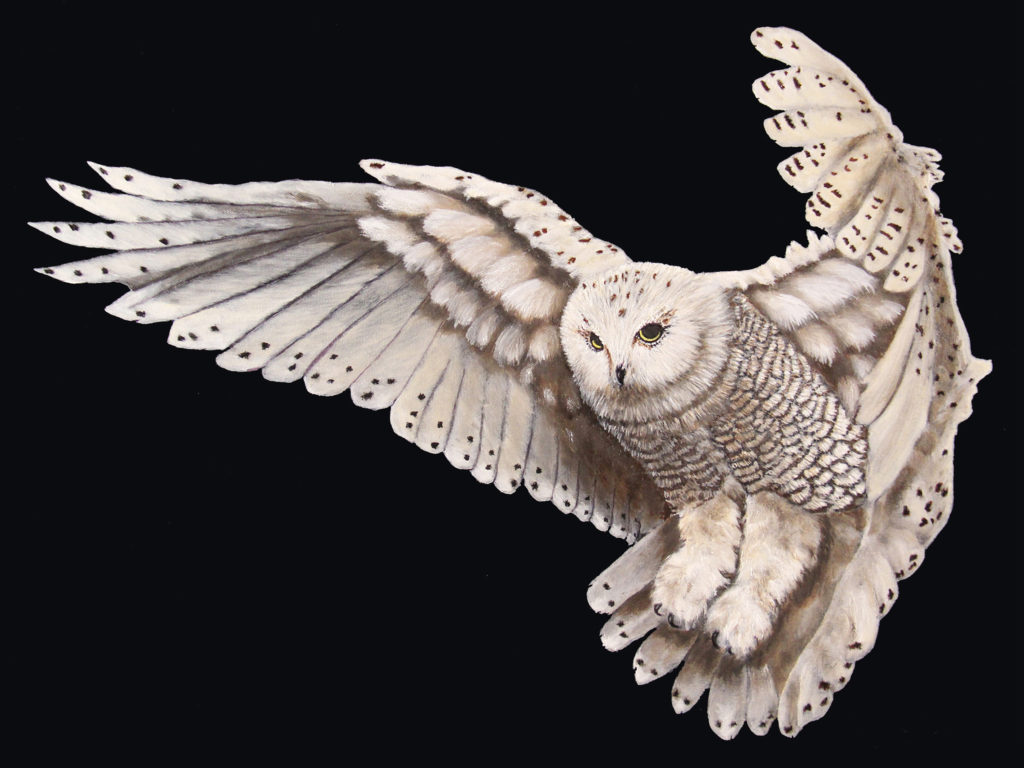 Bobby Goldsboro, entertainer, producer, artist, philanthropist and ’60s icon, and his wife Dianne, have a natural talent for sharing the love.

When people hear the name Bobby Goldsboro, different images come to mind. Those who grew up in the 1960s and ’70s might start humming one of his hit songs, maybe Little Green Apples or Honey. People who were youngsters in the late 1990s might remember him for his The Swamp Critters of Lost Lagoon TV episodes. In more recent years, art lovers may have viewed his lifelike wildlife paintings in art galleries and other venues across the nation.

But there exists another group of people who view Bobby in a whole different light. They’re the organizers of numerous fundraisers, such as Easterseals, the March of Dimes, the Make-A-Wish Foundation and multiple other charities. To them, he is a regular guy who believes a visit to a children’s ward at UF Health Shands Hospital can be as thrilling as a performance before a crowd of thousands in a concert hall.

About 13 years ago, Bobby picked up a paintbrush and tried his hand at oil painting. Like his concerts, his self-taught artwork quickly opened doors to charitable giving.

“Every time I do an art show I try to tie it in with some charity,” he shares. “If it’s a gallery, I ask them what is their favorite charity and I try to give back some of the proceeds to that charity. Sometimes all I do is show up and raise them money. If I can help people, that’s what it’s all about. 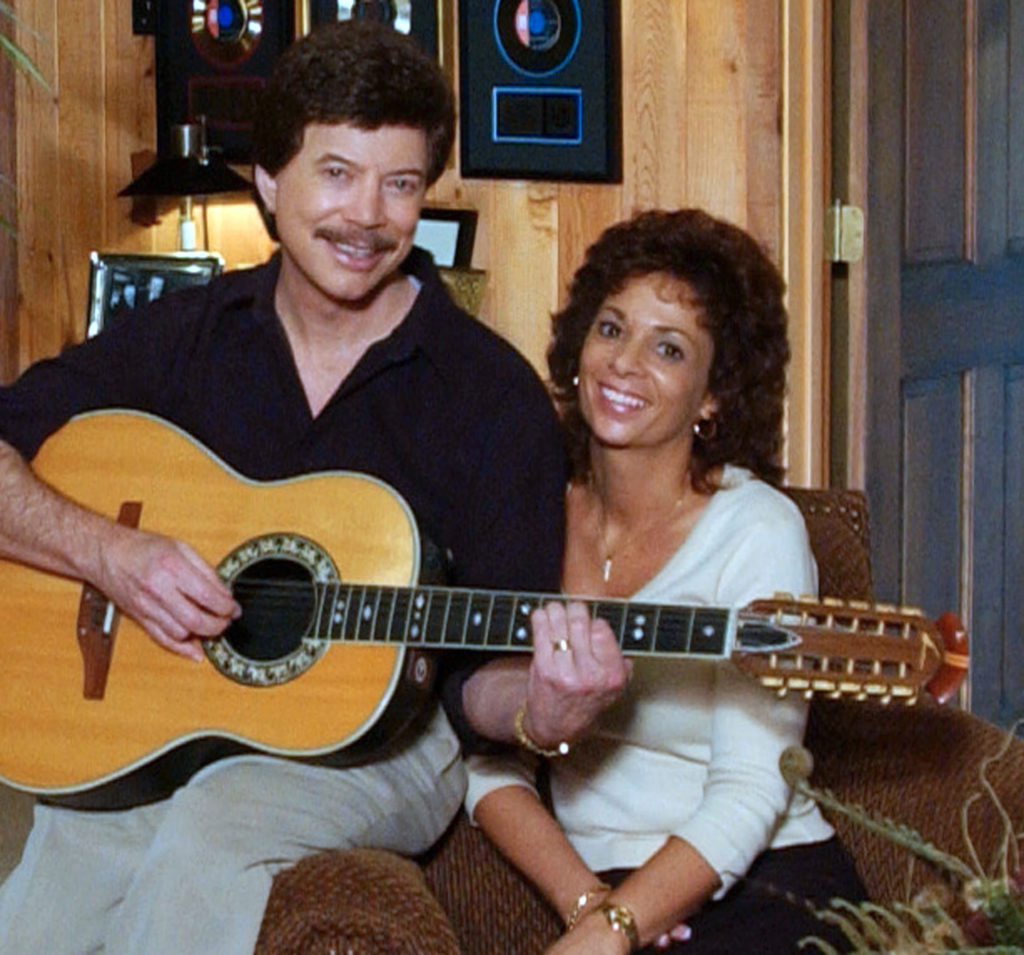 “It’s the thing about giving back,” he insists. “I just turned 80 and I cannot think of anybody on earth who’s had a better life than I have. I’ve done exactly what I wanted to do and the things I love, which is playing music and painting. I would think there’s something wrong with me if I didn’t help.”

Bobby and Dianne, who have been married for 36 years, have become familiar visitors at galleries and charitable events across the nation. It wasn’t long after they were married that the Goldsboros started making donations to the March of Dimes, an organization dear to Dianne, who was born in 1960 with a birth defect of the spinal column. The March of Dimes helped her family with medical expenses and transportation to the hospital.

It’s no wonder the Goldsboros often visit the neonatal intensive care unit at UF Health Shands Hospital in Gainesville. Not only do the helpless infants touch Dianne’s heart, so do their siblings.

“All these babies were in the NICU and here were all the sisters and brothers twiddling their thumbs and their mother has this baby and they don’t know if it will live or die,” Dianne softly relates. “We came home and got a whole bunch of toys and Swamp Critters merchandise and filled up the car with them. We put them on big wagons and went down there and handed them out to the kids.”

Such interactions remind Dianne of her own struggle early in life.

“I was crippled and temporarily blind with spina bifida, but it just goes to show I’m here for a purpose. We all have purposes and I can truly look back on my life and see the great plan that God had for me and for Bobby. Me and him, we swear we have ESP or something,” Dianne admits with a laugh. “If Bobby doesn’t think of it, I do.”

Several years ago, shortly after Bobby started painting, the Goldsboros created quite a stir when they stopped by a Boys & Girls Club in St. Augustine.

“I donated 200 Swamp Critters products to the kids,” he offers. “I had all these dolls on the table and all these kids lined up to come and get one.”

Then there are the planned events, like the charity auctions as far away as Tucson, Arizona, and Jackson Hole, Wyoming.

At a Celebrity Martini Glass Auction in Naples, Florida, Bobby donated a painting titled Reborn, depicting flower petals turning into butterflies. The auction raised money to benefit U.S. military veterans. One of the benefactors was PAWS with a Cause, which provided service dogs for military amputees at the event.

“It was really a neat experience to do that,” he recalls. “There was a guy who lost his leg and was a comic at the event. I presented him with the first dog. The dog ran right over to him and put his head on his lap. Talk about an immediate bond. It makes it worthwhile when something like that happens.”

Apart from charitable events, Bobby’s paintings also hang in galleries, businesses and the homes of art lovers all over America. Among the many local galleries and commercial buildings that have displayed his paintings are Brick City Center for the Arts, Circle Square Cultural Center, Artful Gifts Gallery and CenterState (previously Gateway) Bank branches in Ocala and Gainesville.

Bobby’s paintings, which have sold for as much as $25,000, reveal a self-taught artist with a keen eye for detail and an ability to bring wild animals to life—so realistic, in fact, that tigers, lions and bison look as though they’re about to jump right off the canvas. Birds and butterflies look as if they’re getting ready to fly away. The realistic essence of Bobby’s art testifies to his love of the natural setting surrounding his home on 123 acres in the Ocala National Forest. 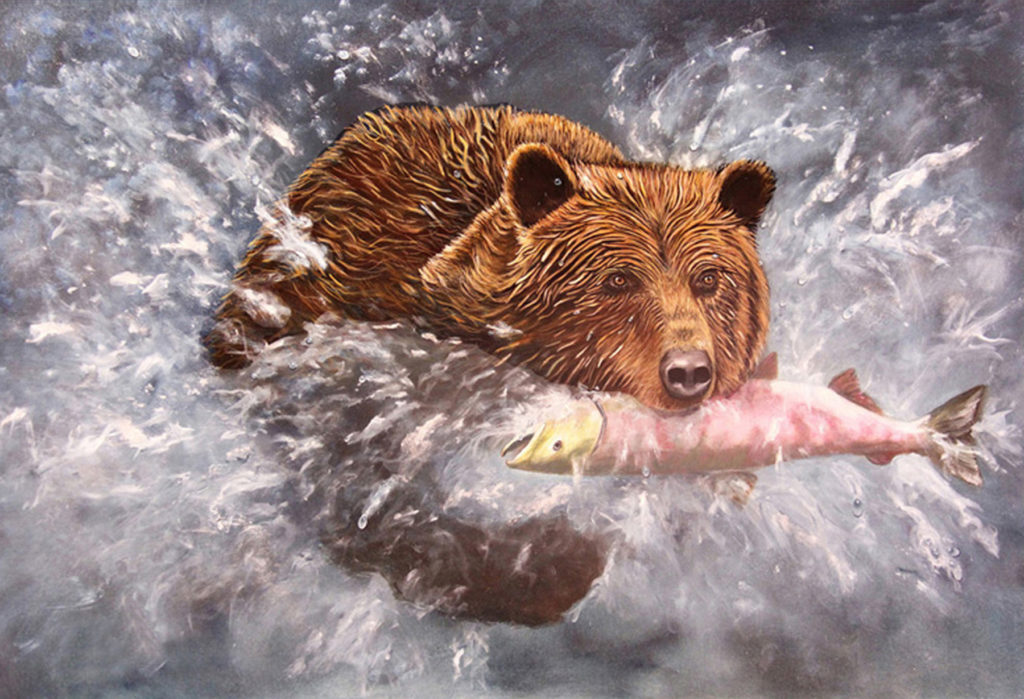 In 2020, Bobby’s artwork took center stage at the fifth annual Pawoscars Furball hosted by the Voices of Change Animal League (VOCAL). The Ocala charity assists low-income pet families and strives to reduce the homeless animal situation through pet adoptions and the treatment and medical care of community cats.

For the event’s silent auction, Bobby donated a giclée print of his painting Tundra, which depicts a lifelike wolf, his intense eyes staring directly at the viewer. It was valued at $850 but it brought in $5,000, explains Linda Norman, cofounder of VOCAL and president of the board.

“It was the most we have ever raised on a single silent auction item, and we’ve had some pretty cool items,” Norman attests. “I think Bobby’s a pretty extraordinary human being. He’s a person that cares about people and he cares about animals. He didn’t just hand me a print. He framed it. He was there. He even bought a table and brought his own friends, and he interacted with the guests.”

“That’s the whole idea,” Bobby insists. “We went there to have dinner and to meet everybody. I never understood anybody who stayed backstage when they should be talking to the people. It’s hard to shut me up about my artwork. They ask questions and I enjoy that. I’m as much into the painting now as I was into the music all those years.”

Not long ago, the Goldsboros learned about families who are living in poverty not far from their own backyard. In a quest to offer help they discovered SoZo Kids, an outreach of the Help Agency of the Forest, and met with the organization’s CEO, the Rev. David Houck of Salt Life Church in Salt Springs.

“When we went out and looked over their facilities and the work he does, we said, ‘What can we do?’” Bobby recalls. “We came up with the idea to do a concert and art show. Then COVID-19 hit, so maybe we’ll do it down the road. It’s a worthy cause.”

Houck was looking forward to the fundraiser, for which tickets had been sold.

“Just by them lending their name to the event the presales were probably about $30,000,” Houck declares. “When COVID knocked it out, I thought, ‘We’re gonna have to give this money back.’ I called everyone so I could return the money and they turned around and sent $21,000 back to us. People said, ‘No, we gave it for a reason, not for an event.’ So, $21,000 came in for an event that never happened.”

Houck and his wife, Tammy, are parents of 12 children, eight of them adopted. Nevertheless, their hearts are big enough to hold the more than 6,000 children, plus numerous adults, who live in poverty in the forest.

“There are really some desperate needs,” maintains Houck. “Sometimes we have to fix a roof or floor, drill wells, all kinds of stuff. The middle of last year we had a widow who was taking bucket showers. Sometimes seniors will not say anything because they’re worried someone will come along and put them in a home.”

The word “sozo,” Houck explains, comes from the Greek word to heal or make whole. It’s about providing food, shoes and clothes. It’s about hosting Little League games and summer camps and mentoring programs. For many of the kids, it means getting them through school and into higher education, Houck offers. 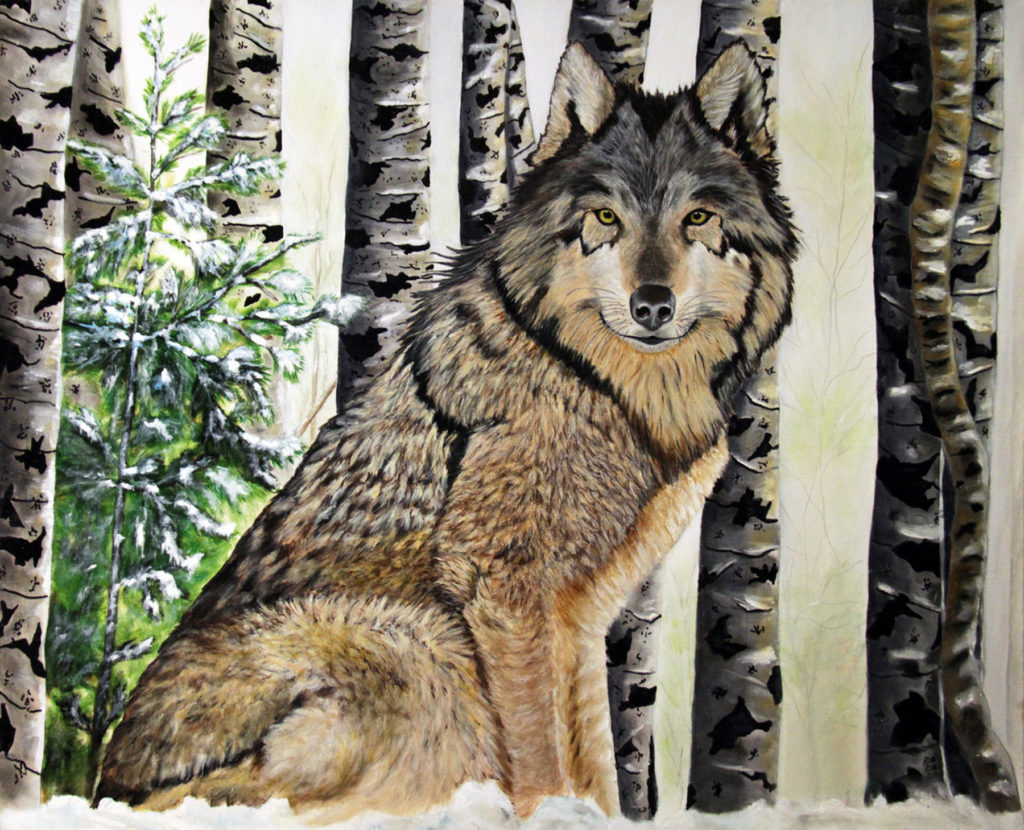 “When we first started, a lot of them didn’t get past the eighth grade,” he notes. “I’ve been raising some of these kids in the center for 15 years. I take them to their first restaurants, do their weddings, walk them through college. Some of them don’t have parents. I’m counseling a lot of kids whose parents are in prison.” He pauses, swallows hard, and says, “I get a lot of Father’s Day cards.”

Through the Goldsboros’ involvement with SoZo Kids, Dianne was introduced to a family of seven who were living in abject poverty in an abandoned house outfitted with appliances they’d found in a junk pile, no beds for the children, no towels, not even a roll of toilet paper. She immediately went out and purchased beds and other household items, and made several phone calls to Ocala businesses. A local pest control service treated the house for roaches at no cost and Ford of Ocala donated a minivan to the family.

“Dianne is the real angel in our household,” claims Bobby.

But Dianne shrugs off the compliment.

“When I walked in that house there wasn’t a question—roll up your sleeves and get the mop,” she contends. “There’s a lot of personal stuff we don’t talk about, things we do quietly nobody knows about. When a door opens for you to do something you have to just go and do it.”