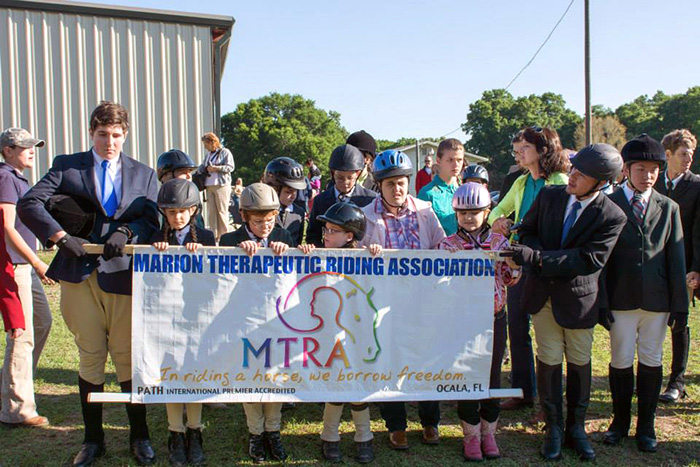 If you think of Special Olympics as an event, you’re only half right.

Yes, there are Special Olympics events held across the country and around the world, at which athletes with intellectual and developmental disabilities compete, but it goes much further than that. Worldwide, Special Olympics Inc. is the largest provider of fitness training, education, athletic competition, social activities and leadership skill development opportunities for both children and adults with disabilities.

With more than 94,000 Special Olympics competitions held around the globe, the program has served over 4.5 million athletes participating in over 30 different individual and team sports. Athletes come from all different economic, social and religious demographics, and there is never a charge to participating athletes or their families.

“We have about 700 registered athletes just in Marion County, from age 8 on up; in this county, our oldest participant is 70 years old,” says Maria Roman, county director for Special Olympics Florida—Marion County, which marks its 45th anniversary in 2017.

Maria was a volunteer for 15 years before becoming county director. In 2000, she gave birth to a child with Down syndrome.

“Little did I know, this was training me to be more accepting when my own child was born,” she says.

“We have added nine sports programs over the last five years because we’re trying to diversify,” Maria explains. “For many years, we only had five sports, but we’ve grown to 14 programs now and hope to add even more.”

Because of the various sports programs, county games are held throughout the year, but the largest takes place in March. In addition to hosting the state equestrian games, Special Olympics Florida—Marion County also hosts some area games, which draw athletes from Alachua and Hamilton Counties.

“We have dedicated and compassionate volunteers,” says Maria, noting that there are over 300 volunteers from Marion County. “We have a lot of volunteers at the county games, but our biggest challenge is finding coaches.”

All Marion County coaches are volunteers. With a total of 14 sports programs, but only nine coaches, some coach multiple sports.

Shelby Wilson, who has been a coach at CrossFit Iron Legion in Ocala for three years, began volunteering as a Special Olympics coach last year. Shelby is one of five coaches from the local gym who volunteer with the Special Olympics powerlifting program in Marion County.

“The strongest (no pun intended!) program we have in Marion County is powerlifiting because of this group of dedicated coaches,” notes Maria. “They go beyond the training required from the program by giving more time to the athletes, teaching them not just the sport but how to be healthy and fit.”

“This gives us a chance to work with exceptional children. In our powerlifting program, all the participants are in their teens; it’s mostly boys, but there are a few girls,” says Shelby.

Because the participants don’t have a background in powerlifting, they’re learning the fundamentals. They won’t increase the amount of weight they’re using until they’ve gone through the fundamentals and have correct technique.

“The (athletes) in the Special Olympics program have more passion than most; they look up to you and want to learn. It’s inspiring,” adds Shelby. “Sometimes it’s hard to find time to work on my own skills, but working with these athletes pushes me to be a better coach and role model for them.”

“Special Olympics has helped her become very outgoing,” says Elaine Richter, whose 37-year-old daughter, Rebecca, has participated in Special Olympics since she was just 8. “She’s learned to speak in front of a group and has made some very good friends. It’s also helped her physically with coordination and motor skills.”

Rebecca started with Special Olympics when the family lived in New Jersey and quickly got involved with the Marion County program shortly after they moved to Ocala six years ago. She now participates in bowling, equestrian and swimming programs.

“I’m very good at bowling,” says Rebecca, who started the sport at age 13 and is proud of her top score of 188.

Rebecca also loves the equestrian program; she rides Western, competing in equitation and trail classes. She has competed in over two dozen horse shows. She rides with Stirrups and Strides Therapeutic Riding Program, where her favorite horse is Tex, a “medicine hat” Paint with unusual markings and blue eyes. Tex is gentle and affectionate with Rebecca, who enjoys grooming him after their rides.

In addition to training and competing, Rebecca is a spokesperson for Special Olympics’ Athlete Leadership Programs (ALP), through which athletes receive training and hold leadership positions. ALPs, as they’re referred to, may serve alongside other volunteers, speak at events, even coach and volunteer in local programs. Rebecca has appeared at fundraising events to help raise awareness for the ALP.

“Parents can exchange information and ideas. It’s been very helpful to our family through the years. It’s an awesome program, and, hopefully, we’ll keep growing,” she adds.

It can be frustrating to a parent of a disabled child trying to find a way for their child to participate in sports. That’s where Special Olympics can make all the difference. Just ask Dorina Parsons of Ocala, whose son, Markland Small, now 13, has been participating since he was 8.

She felt like a world of opportunity opened for her son when someone told her about Special Olympics Florida—Marion County. He’s now participated in the state games twice. Markland, who attends Hill Crest School and will be in eighth grade this year, first started with Special Olympics when he was a student at Maplewood Elementary.

Because Markland is wheelchair bound and unable to walk on his own, he uses a special walker that helps him stand up. He’s assisted by his mother and one of his three sisters, who walk with him.

Markland practices regularly at home with his family. This includes throwing the tennis ball and spending time in his walker and on a special tricycle to build up his strength. When preparing to compete, Markland practices weekly with the other athletes in his programs.

“It’s like everybody’s a team. Each parent participates and helps out as we can,” says Dorina. “I learn from the other parents. Some of their children are a lot older than Markland, so I learn what they went through. Each child has a different disability; you can relate to some of the things they went through and it helps.”

Some Special Olympics athletes grow beyond just competing. Take Tim Curry, Sr., for example. A lifelong resident of Ocala, he got involved as an athlete when he was in middle school. This year, Tim, Sr., now 38, took it to the next level and became a coach. He’s the first athlete from Marion County to become certified as a Special Olympics coach for volleyball.

“I like seeing all the athletes participating in the different sports. It makes me happy,” says Tim. “It makes you feel better to help other people.”

As coach, Tim and his athletes practice about five hours each week. In addition to practicing their sport, they also do exercises to increase and maintain strength.

Tim’s wife, sister, nephew and several cousins are all Special Olympics athletes, as well. His son, Tim Curry, Jr., 13, is also a participating unified partner athlete both for basketball and volleyball. He’s been a unified partner since March 2016.

Maria Roman explains that Special Olympics has been promoting Project Unify, in which athletes who do not have special needs participate and become part of the team as partners with a special needs athlete.

Maria is grateful for the generosity and support received by Special Olympic Florida—Marion County.

“We have a lot of help from the community, including Don Nottingham (former NFL Player and part of the Miami Dolphins Super Bowl-winning team), the Masons, Shriners and Knights of Columbus, who not only help us financially but also volunteer for our events,” says Maria. “With over 700 athletes in Marion County, budget is always an issue, but we’ve managed to stay within our budget so we can sustain our growing program.”

As a registered 501(c)(3)not-for-profit organization, Special Olympics Florida depends on donations from individuals and businesses. For more information, visit specialolympicsmarion.org or call (352) 988-7998.