An Ocala mom, educator and civil rights advocate credits her success to a higher power and a lot of tenacity.

Sylvia Jones likes to greet every new day with thanks to God for her many blessings. As a cancer survivor, she’s grateful for her current good health. As a mother, she’s proud of her extended family. As a longtime civic activist, she’s glad to have seen some changes in civil rights and is happy she has the energy to campaign for more reform.

Jones was born in a small cottage that still stands on West Fort King Street in Ocala. She remembers the vibrancy around the areas of West Fort King and Broadway Streets in the 1950s and ‘60s, and the lush beauty of Paradise Park, the segregated attraction near Silver Springs that was operated by her uncle Eddie Vereen.

Jones was christened at St. Paul AME Church, which she still attends. It was at the church, in 1963, after the assassination of President John F. Kennedy, that, Jones remembers, mass meetings were held “with the intent to make an impact.” That commitment was strengthened with the April 1964 assassination of Dr. Martin Luther King Jr.

As a young girl, Jones was among the members of the community who “sang songs like ‘We Shall Overcome’ and called for a boycott of the segregated stores downtown,” she offers. “Ocala had a strong civil rights movement, and it was youth fueled with lots of energy.”

People attending the mass meetings wanted to eliminate school segregation and discrimination in public places. For Jones and her family, that meant making a life-altering choice. 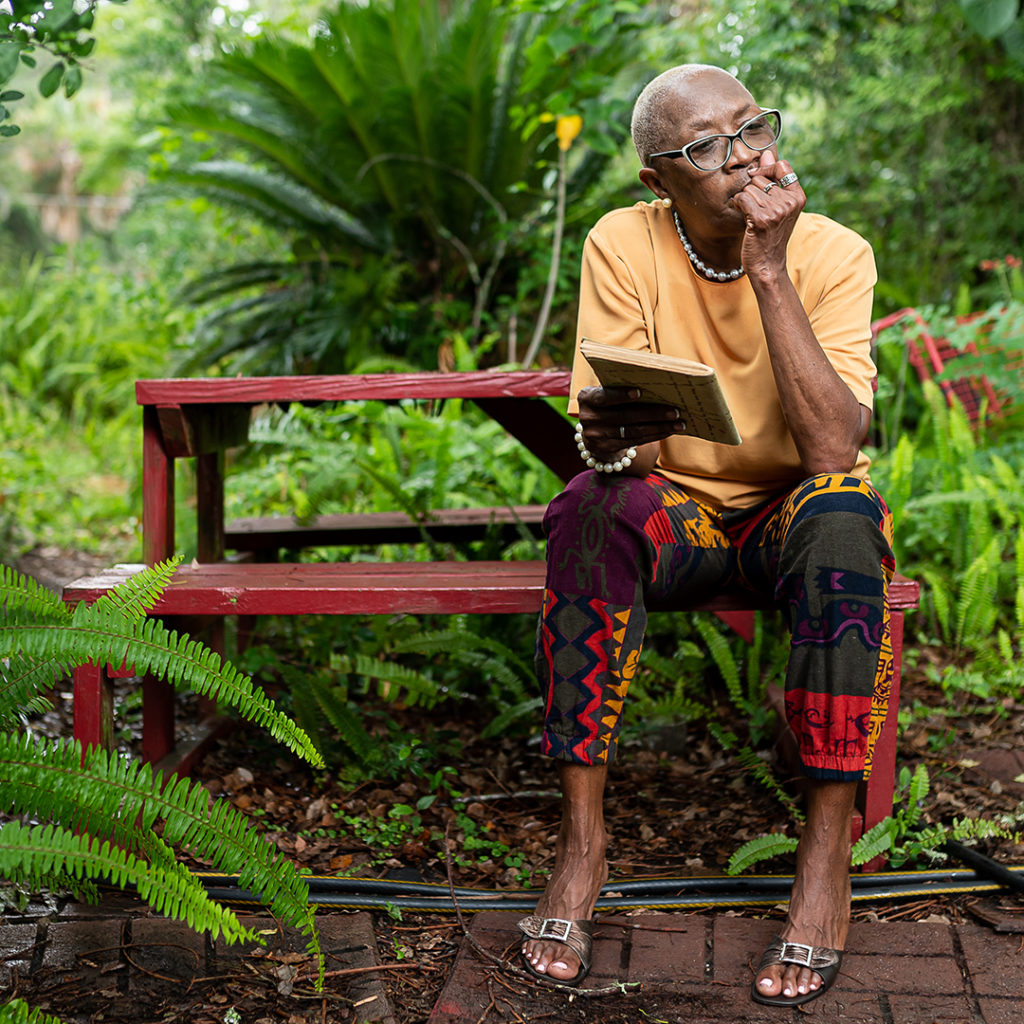 “Our parents met to decide if they wanted us to go to (the then all-white) Ocala High School or stay at Howard,” Jones said. “At Howard, we had used books in poor condition and one microscope in the lab for 30 students. We did what we had to do to integrate.”

Jones was an honors student at OHS, was listed among the “Who’s Who Among American High School Students,” was a member of the Quill and Scroll Society, and was the editor of the school creative writing magazine, Satori.

In that magazine, her fellow students wrote about her: “Sylvia Jones is like smoldering coals; hot and almost ready to burst into flames.”

After high school, Jones earned a bachelor’s degree in psychology from Bethune-Cookman College and a master’s degree in social work at Florida State University (FSU). While at FSU, she was president of Graduate Students in Social Work and was presented the 1974 Graduate of the Year award from the FSU Chapter of the National Association of Black Social Workers. She was a professor at Florida A&M University and adjunct professor at FSU.

Jones developed areas of expertise in social work, mental health, community action and gerontology. She is affiliated with the Families for Cancer Prevention United Foundation and Alpha Kappa Alpha Sorority. In 1980, she was named the Urban League Outstanding Community Citizen. In 1982, she led a campaign to establish Dr. Martin Luther King Jr. Avenue in Ocala. Even today, she remains a voluntary neighborhood social worker. “It’s my mission.” 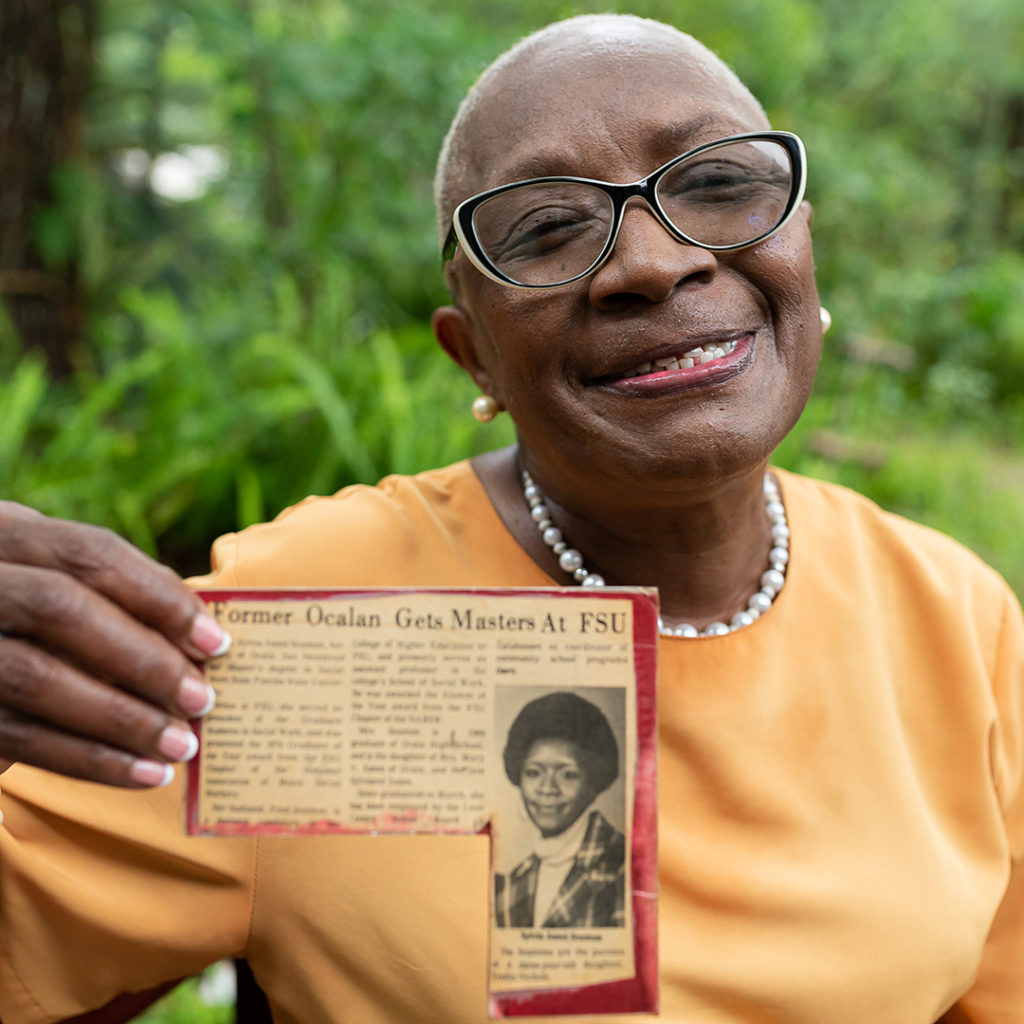 Jones says some members of her OHS class remain close and still host reunions together, and that she and others also remain close to the classmates they befriended at Howard. In 2018, a combined group of 16 alums traveled together to Washington, D.C., where they visited such sites as Arlington National Cemetery and the Dr. Martin Luther King Jr. Memorial.

Jones says her legacy will be her children and grandchildren, who are working professionals and entrepreneurs. She says she has long told them “education is an important factor in becoming the best you can be.”

Her daughter, Trellis N. Williams, earned her bachelor’s degree from Johnson C. Smith University and her master’s from Bethune-Cookman University.

“She is a higher education administrator and is at the University of Florida in enrollment management,” Jones notes. “She also serves on the board of directors of Families For Cancer Prevention United, a nonprofit founded by my nieces and daughter in honor of the many family members who have been impacted by cancer.”

“He lives in Denver, Colorado, where he is a basketball skills trainer and player development coach,” Jones shares.

She proudly says she has seven grandchildren (Jessica, Nealyn, Chori Michael, Keyziah, Joshua, Andrew and Sirr Christian) and that “four are college graduates, two are in college and one is in high school,” and seven great-grandchildren (Rhyan, Malik, Sede, Noa, Maxwell, Tre and Noah), who “will be sixth-generation college students.” 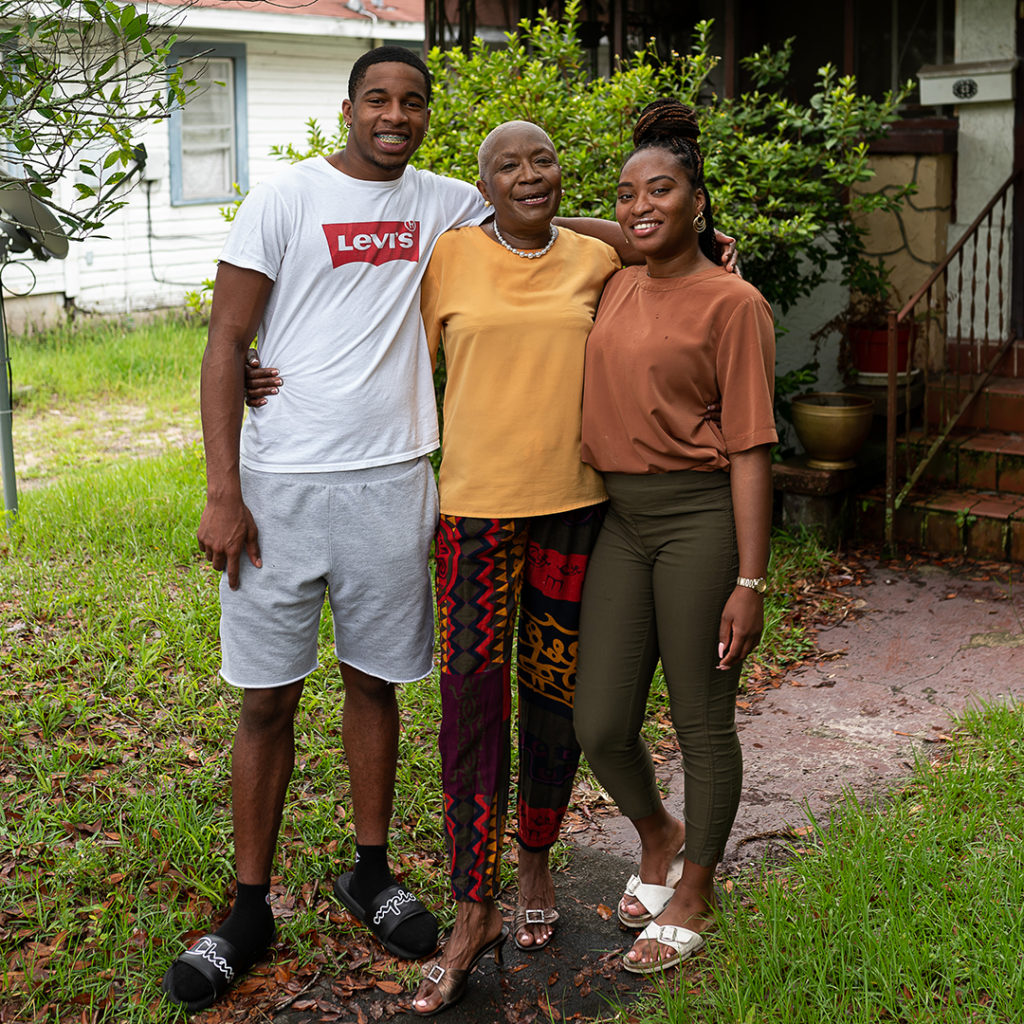 “My greatest successes are my children and grandchildren,” Jones states. “My oldest granddaughter, for example, is a registered nurse and accredited family nurse practitioner who works with a neighborhood health clinic in Tallahassee, which initially began as a part of the Bond Community back in the 1970s, for which I wrote the grant. Who knew that almost 50 years later she would be working to serve the same community?”

Williams says that, thanks to her mother, “I’ve grown up around legends in the African American community that others only read about. I’ve been at the table with them. I’ve marched with them. I’ve learned from them.

“She instilled faith, hope and charity into everything I am. Even now, she pushes me to accomplish and do more every day,” Williams declares. “We’ve had our ebbs and flows, but those are the growing pains of becoming a woman. She has taught me that learning to say ‘I apologize’ is very important in maintaining not just healthy relationships, but learning to apologize to yourself and others is good for your soul. I am ever so grateful that God gave her the assignment of me. I am honored to call her my mother.”

Jones says she is hopeful that her daughter and son will encourage their children to be “active participants in social reform and take a stand against the social injustices that continue to plague the black community.”

As for her own future, “Well, I’m nearly 70 years old,” Jones reveals, “but I still have hopes, dreams, goals and ambitions. I still have some things to do. We all have a book within us and I want to tell my story, which would include stories from Paradise Park to being a breast cancer survivor.”

And as for how she got to where she is today, “Through absolute humility, Jesus demonstrated true greatness, turning the world upside down,” she says. “I am humbled to think that every march, every graduation, every speech, every accomplishment was not done alone. My family, friends, classmates, colleagues and neighbors have been there every step of the way. And through it all, my faith has sustained me.”