Hundreds of thoroughbred juveniles will be sold for millions at the Ocala Breeders’ Sales Company’s March 13-14 Two-Year-Olds In Training Sale. 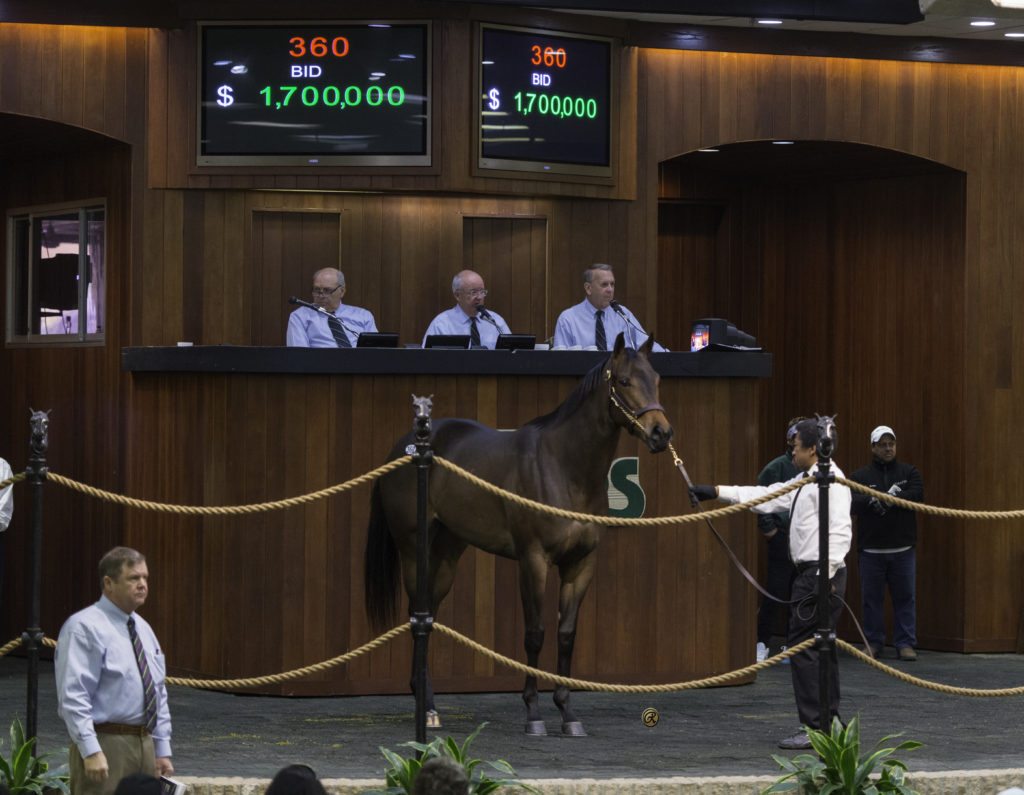 Founded in 1974, the Ocala Breeders’ Sales Company has become the premier seller of 2-year-old thoroughbreds in training in the country. This isn’t just some PR spin but instead fact backed up by the numbers.

In 2017, OBS sold 1,417 juveniles for $133 million to account for 69 percent of the market share of 2 year olds sold in North America. The sales company sold eight 2 year olds for $1,000,000 or more, which was twice the number of another United States-based sales company. OBS also sold a colt for $2.45 million at its April sale and a filly for $1.7 million at its March sale, which were the two highest-priced juveniles of 2017.

“Ocala is the epicenter of the 2-year-olds-in-training market. We have the farms, the trainers, the facilities, the support services,” says OBS Sales Director Todd Wojciechowski. “And all of this comes together to create an economic engine for Ocala/Marion County. There’s the people employed by the thoroughbred industry, plus the influx of buyers and sellers during our sales. Last year, our buyers came from 42 states and 16 countries. They not only buy thoroughbreds, they stay in hotels, eat in restaurants and shop. It’s a win-win for everybody.”

“Our success is fueled by our sales graduates becoming successful racehorses. We’ve sold many horses who went on to become millionaires and champions,” says Wojciechowski. “Our business is largely based on happy repeat customers.”

Like all its sales, this year’s March Two-Year-Olds In Training Sale is open to the public.

“The sales are a great opportunity for the public to come out and see an important part of what makes Ocala/Marion County the Horse Capital of the World,” says Wojciechoski. “You can come in the mornings to watch the horses work on the track and then attend one of the sale days. Even if you’re not selling or buying, it’s easy to be caught up in the excitement of horses being sold for millions of dollars.”