You know the venues, and you’ve watched as talented actors have brought some of your favorite characters to life on stage, but have you ever stopped to think about the influence a director, costume designer or lighting designer has over a production or who chooses the lineup for the season? This fall, we want to introduce you to some of the unsung heroes responsible for setting the stage for our community. 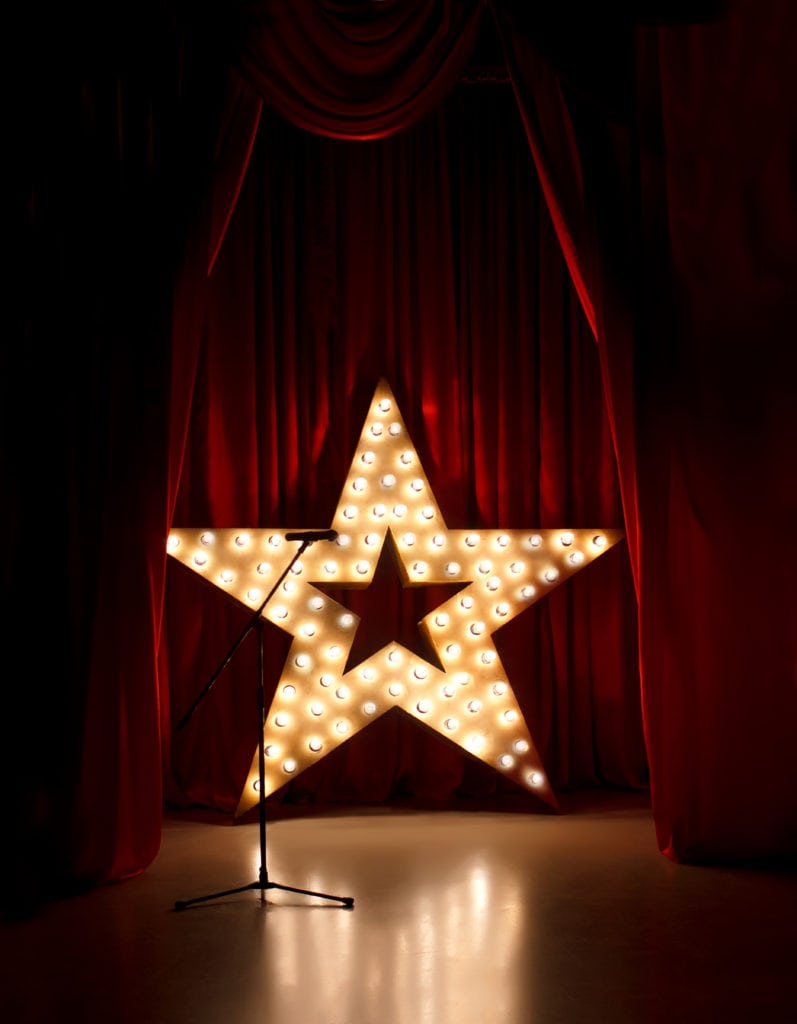 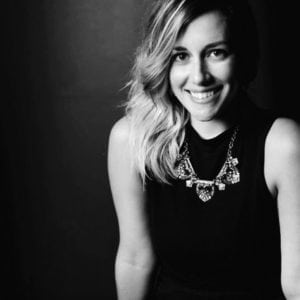 Tell us what you do at the Reilly. I am the executive director for both the Reilly and the orchestra. I’m in charge of development, from developing relationships in the community to fundraising, grants, donations and sponsorships. I also oversee our staff and marketing.

What part do you play in developing the season? We have a music director, Matt Wardell. He plans the orchestra performances. With regard to the rest of our programming, he and I collaborate to find interesting things that we want to put in and ones we want to bring back.

What show of the upcoming season are you most excited about? I’m really excited about the orchestra’s opening night of the season on October 13. It’s a great night for the community. It’s really like a celebration of our new season. It coincides with our three-year anniversary, and this year we’ll have champagne for everyone.

Don’t let the puppets fool you. This hilarious, award-winning Broadway hit about a recent college grad, Princeton, and his friends is decidedly R-rated and will leave you laughing long after you leave the theatre.

Singers from the UF Opera Theatre and the full 80-piece UF Symphony Orchestra bring this classic to life. The staging takes place in front of the orchestra in an enchanting production.

This classic tale enchants with a dazzling Sugar Plum Fairy and the handsome Nutcracker Prince, masterful choreography and opulent costumes and sets. This visually mesmerizing spectacle will fill you with holiday cheer. 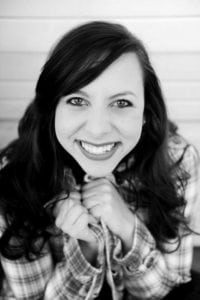 Describe your role at the theatre. As a costume designer I am responsible for how the actors look on stage, from head to toe. That not only includes what they wear but their hair and makeup.

What’s the best part of your job? My not-so-secret “nerdy passion” is that I love making historically accurate costumes—the corsets, crinolines, all of it! I also really love working with our education department, because the kids are so excited and up for anything. It doesn’t matter what I pull, the kids are just super pumped to rock whatever I’ve chosen.

This perpetually popular, family-friendly extravaganza is a musical collaboration between Andrew Lloyd Webber and Tim Rice featuring a variety of styles from country to calypso—disco to rock.

This madcap tale set in 1946 follows crooked businessman Harry Brock and his ditzy showgirl mistress, Billie Dawn. When Harry hires an idealistic young reporter to tutor Billie in the social graces, she shows what a quick study she is.

American screen and stage actor and playwright Stephen Lang, known for his roles in such films as Avatar, The Girl on the Train and Don’t Breathe, portrays a series of servicemen recalling their combat experiences and the acts of courage that won them the Medal of Honor. 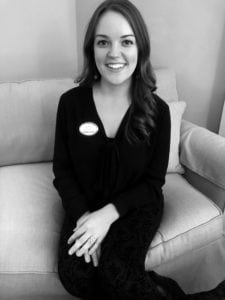 What’s your job at The Sharon? I am the booking manager for all of the acts. We host about 125 acts per year and try to offer a variety of entertainment. I want a great mix of genres, from national Broadway touring companies, classical dance, modern dance, nostalgic crooners to more contemporary performers. We also have The Studio, which is a separate black box venue. Our artistic director produces all those shows in-house.

An intimate two-person musical that celebrates lasting friendship, love and the inevitable hurdles that sometimes get in the way of making our dreams a reality.

This iconic tale of six feisty Southern women, which is a laugh-out-loud and deeply touching examination of the strength of friendship and the resilience of the human spirit, has been reimagined as a funny new radio play.

The beloved Nutcracker is brought to life in all its splendor by the internationally acclaimed Moscow Ballet, featuring world class ballerinas, playful puppets and life-size nesting dolls.

Playwright Diana Son, who also works as a TV writer and producer for shows like Blue Bloods and Law & Order, examines a hate crime through the prism of a love story. 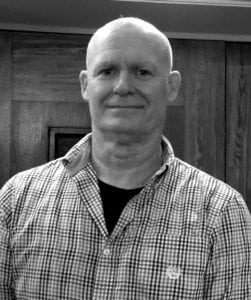 Tell us about your role at Bay Street. I am the president of the board of directors. The board is involved in fundraising. We’re a not-for-profit, and we rely heavily on donations, but I would say that our lifeblood comes from our season subscribers. With that subscriber pass, we do something I don’t think any other theater in the area does; we give you access to our VIP lounge where you can have refreshments before the show and during intermission. We have a really good season this year, starting with The Full Monty, which was the best-selling show in the history of this theater. It was done 10 years ago, and we thought it was a great time to bring it back.

Based on the film of the same name, this cheeky musical is both poignant and full of laughs. After spying on their wives’ girls’ night out at Chippendales, six unemployed steelworkers decide to take it off for some sorely needed cash.

It’s a Wonderful Life: A Live Radio Play › November 23-December 16, for all ages

This classic gets restaged as a live radio broadcast. The heart-warming tale of idealistic George Bailey is presented by five talented actors who bring a few dozen characters to life.

The classic 1970s show comes alive in this delightful new production. The nostalgic musical will take you back to your childhood and introduce your kids to some timeless sing-along fun. 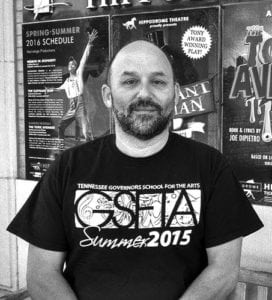 You wear a lot of hats at the Hipp. Tell us about your various roles. I’m the lighting designer in residence, which means that I design the lighting for all of our productions. I begin by working with the director and other designers on a vision for the show. Then I translate those ideas into a technical drawing. After that, I supervise my crew in putting the lights up. It could be hundreds of lights for each show, and we point each, shape it and put color in it. From there, I sit behind the lighting computer and basically paint with the light. I bring up and down the different levels based on that initial concept. Then we go into rehearsals and start adjusting the lights on top of the actors, and we keep making changes until opening night.

I’m also the production manager, so I hire all the costume designers, prop designers, scenic designers and sound designers. And I make sure they have all the resources they need to produce their vision. The most challenging aspect of my job is finding qualified artists that can collaborate with us. Collaboration is the key.

This ferociously funny depiction of an American girls soccer team provides a riveting portrait of life, liberty and the pursuit of happiness for nine suburban girls.

Part romance, part fairytale and part thriller, this coming-of-age tale revolves around two young people and a series of brutal murders. It is a captivatingly dark story of two kindred spirits trying to find acceptance. 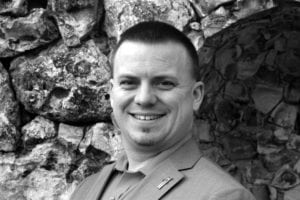 What is your favorite part of your job? My favorite part is when the audience really enjoys themselves and, for a while, they can forget about everything going on outside the theater. For the audience, it’s their special night out. Being part of helping that come to life is what I really enjoy.

See Shakespeare’s Hamlet performed word for word from the original text but in an inventive way. Instead of a cast of dozens, these talented thespians do it all with just five versatile actors.

The Capitol Steps started as a group of Senate staffers lampooning the very people and places who employed them and has grown into a troupe of hilarious performer’s song parodies and satirical skits.

This breathtaking musical, set in Bangkok in the 1860s, tells the story of the unconventional relationship between the King of Siam and a British widow and schoolteacher, whom the king brings in to tutor his many wives and children. 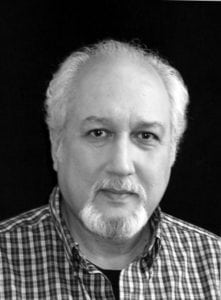 What is it like directing at a community theater? The director has to first research the play and find what the author intended. The director conveys that vision to the actors, the set designer, lighting designer and the costume designer. Then you block the show and rehearse it until you get what you want. In most community theaters, the director also casts the actors.

How does working with community-based actors differ? When you’re working with professional actors, they come in knowing the material and you typically rehearse for eight hours a day until the show opens. But with community theater, your actors have day jobs, so they can only rehearse for a few hours a night. That can be a challenge. The most fulfilling thing about it is when you find somebody with very little acting experience and they end up giving you a performance that is astonishing.

Based on Italian director Federico Fellini’s comic masterpiece of biographical filmmaking, this sultry and enchanting musical follows the life of the world-famous film director as he recalls the numerous women in his life.

Peter and the Starcatcher › November 23-December 16

A fresh take on the century-old story of how a miserable orphan comes to be The Boy Who Would Not Grow Up (a.k.a. Peter Pan). The play provides a backstory for the characters of Peter Pan, Mrs. Darling, Tinkerbell and Hook.