Doug Oswald put his life on the line during World War II and has devoted himself to helping improve the quality of life in Marion County for decades. At 96, he is being recognized for his life in the service of others. 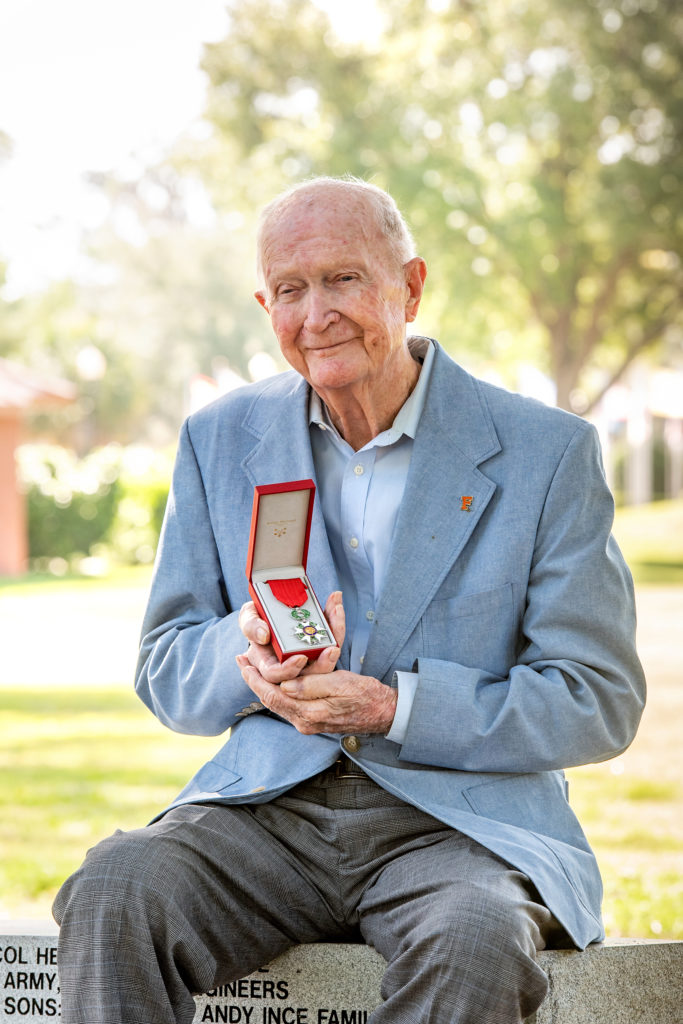 Doug Oswald’s soft southern drawl pulls you into conversation—and keeps you there. What he has to relate, you will see, paints a picture of a young man who loved agriculture, who played football as a Florida Gator, who endured the bitter cold and horrors of the Battle of the Bulge, and who influenced decades of life in Ocala and Marion County, including helping establish the Appleton Museum of Art.

And, recently, in addition to the many awards and honors he already earned as a businessman and civic leader over his 96 years, Oswald was awarded the French Legion of Honor award, that nation’s highest decoration and symbol of outstanding merit in a civilian or military capacity. The medal is a five-armed Maltese asterisk hung on an oak and laurel wreath, suspended on a red ribbon. On the front is the effigy of the Republic and on the back are two tricolor flags and the motto “Honneur et Patrie” (Honor and Fatherland).

“It is given to people who helped eliminate Germany from France,” Oswald offers. “I was one of those during World War II.”

On June 6th, 1944, more than 2 million troops were mobilized and headed for Paris. On August 30th, the French capital was liberated. Oswald, who was with the Army’s 290th Combat Engineer Battalion and was injured in one shoulder during a reconnaissance mission, for which he earned a Purple Heart, was among the men who endured a brutal winter to win victory on May 8, 1945.

“His unit went to the south of the line to keep the Battle of the Bulge from expanding,” explains his daughter, attorney Lynne Oswald.

She recalls her father telling family members stories about being in the snowy French Alps and how he found ways to avoid frostbite so he didn’t lose his toes. 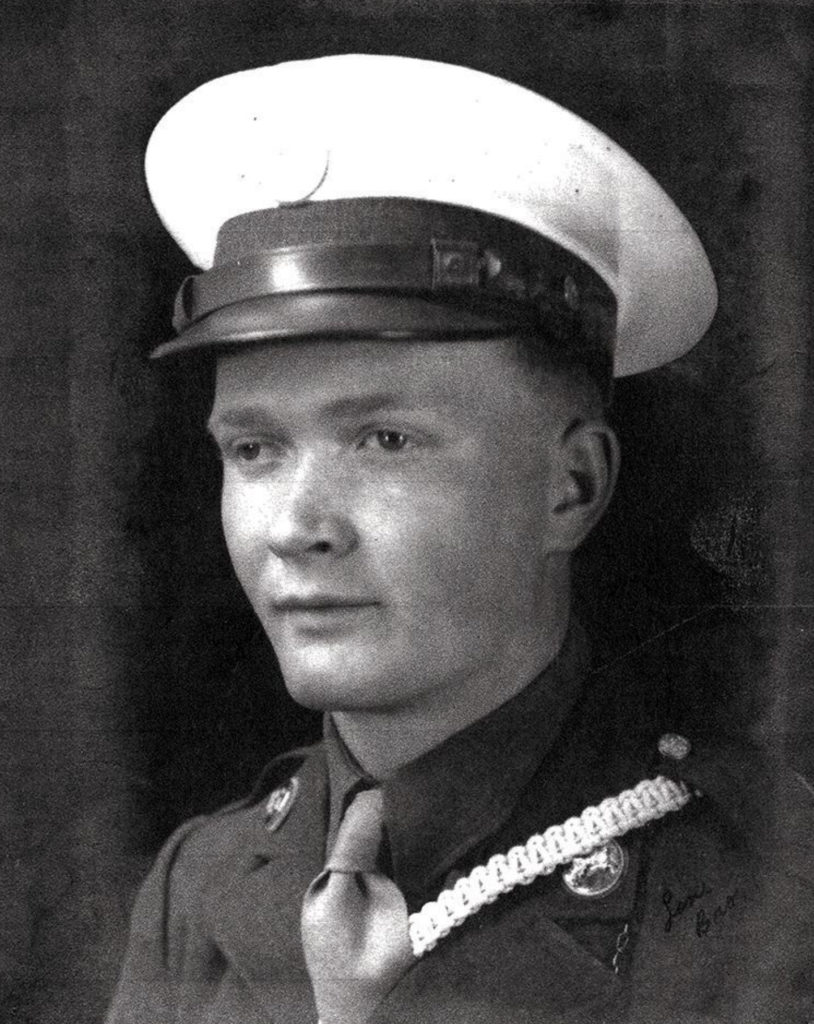 She also recalls a time when some children were arguing over a candy bar, which was witnessed by her father. She says he counseled them on how he had seen soldiers on the war front actually fighting over candy bars because they desperately needed the sugar for energy and how each man only got one candy bar in his rations. The lesson put the argument in perspective for the children, she shares.

She says her mother, Virginia, told her not long before she died in 2016 that her father still had nightmares about his experiences. And, she adds, there is a physical reminder as “he is missing a big chunk of his upper arm [from] where he got shot.

“He was a 19-year-old kid from Marianna, Florida. He called upon his skills that he developed as a kid, hanging out in the woods with his shotgun and his dog and hunting birds and stuff, to be able to keep alive in that foxhole,” she says with reverence. “It’s pretty horrible, the stories he told me. He always said he felt respect for the Vietnam War soldiers who did not get the support of Americans like he did in WWII. He said the reason they were able to win the war was because they all knew their country was 100 percent behind them.”

After the war, she says, her dad graduated from the University of Florida and worked as a soil conservation agent in Jefferson County, where he married and started a family, which includes her siblings Ginger Oswald and Doug “Buddy” Oswald II. Before long, the family was bound for Ocala.

“I was working for the Department of Agriculture in Monticello and the guy that owned the Commercial Bank and Trust Company contacted me and said he wanted to start an agricultural loan department here in Ocala,” Doug Oswald recalls. “I started the department, which was the first bank in Florida that had one.”

He says his work initially was with people in the cattle industry, but “we soon started making loans to people moving here for the horse industry and that got bigger and more people came in and the bank grew and merged and developed into SunTrust. I worked my way up and for 10 years was president.”

While at the bank, he served as mayor of Ocala and also had a little something to do with businessman and horseman Arthur Appleton.

“Mr. Appleton said if the city would put up 40 acres of land it owned, he would give us $8 million to build a museum,” Oswald says with that syrupy drawl. “I knew all the city council members and I knew we had the land and weren’t doing anything with it. I got my friends Jim Kirk and Dick Chazal to go to the council with me, and the council members said OK. We started a corporation and had three people from the Appleton family and the three of us, appointed by the city. We applied for a nonprofit organization and they notified us that the city had to be in control of it and we had to put on another person, so we put Jim Jernigan on. I was chairman of the group.”

He says Appleton selected an architectural firm from Tampa and a local contractor won the bid for the job. 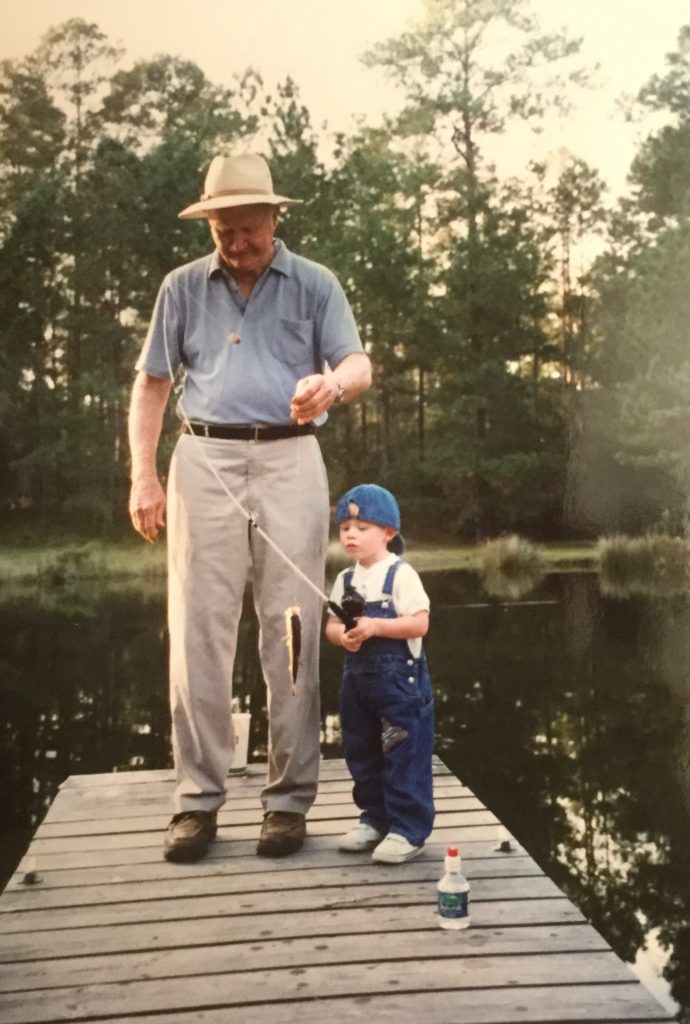 “Then Mr. Appleton began giving, in addition to his $8 million, a lot of stuff that he had been collecting,” Oswald offers. “It started getting bigger and got to be very expensive to run and so, I think, because Jim Kirk was a Florida State University booster, they gave it to FSU to run and the state started putting up some money. The state, after a couple of years, gave it to the Central Florida Community College [now the College of Central Florida]. They’re doing a very good job. I don’t believe there is any city of our size in the country that has a museum like this one, of that size and that quality. I think it’s a real asset.”

“He has said the Appleton Museum was the greatest thing he did for the community,” offers Lynne. “He struck the deal with Mr. Appleton. He had a vision it would be good for Ocala and worked very hard for it. He has been very devoted to the community. He taught me that professions exist to make communities a better place, and if you have the privilege of being a member of a profession, a banker, lawyer, school teacher, doctor, whatever, then you have a responsibility to work to make the community a better place. That’s his philosophy.”

Among Oswald’s many accomplishments was serving as president of the Ocala/Marion County Chamber of Commerce, the Florida Thoroughbred Breeders’ and Owners’ Association and the Southeastern Youth Fair.

On the fun side, Oswald was an avid golfer. He was particularly fond of the City of Ocala’s municipal course. For many years, he served as president of the Ocala Golf Board and had a hand in operating the course. The annual Doug Oswald Senior Invitational Golf Tournament is named in his honor.

In 1955, Oswald started the annual Ocala Bull Sale, which is the oldest graded bull sale in the United States.

Hugh Dailey, who met the Oswald family when Virginia was his second-grade teacher at Eighth Street Elementary, later worked for Doug at the bank and, as a farmer himself, also helped him with the bull sale.

“He felt like local folks weren’t improving their genetics because they didn’t have a good purebred bull pool,” Dailey recalls, “so he went all over the country and talked to purebred breeders and had them ship bulls here for the first sale. You still have a group of farmers who assign grades to the bulls, and a lot of gentlemen farmers, like myself, buy based on the grade. So, you know if you want an A-Plus bull you’re going to have to pay a premium to get one, but you’ll have the top genetics available at the sale to add to your herd.”

Dailey was hired by Oswald as a banker in 1984. Dailey later organized Community Bank & Trust with David Denyer, which last year was acquired by MidFlorida Credit Union.

“He was definitely my banking mentor,” Dailey says of Oswald. “And he’s a true civic leader. He bridged the agricultural community with the town folk. He knew about the thoroughbred horse industry early on and helped the forefathers be successful in this market. He was a community banker that helped all those people realize their dreams by providing capital and guidance. One of the things I learned from him, you help the little guy just like the big guy. A lot of those little guys he helped are now the big guys.” 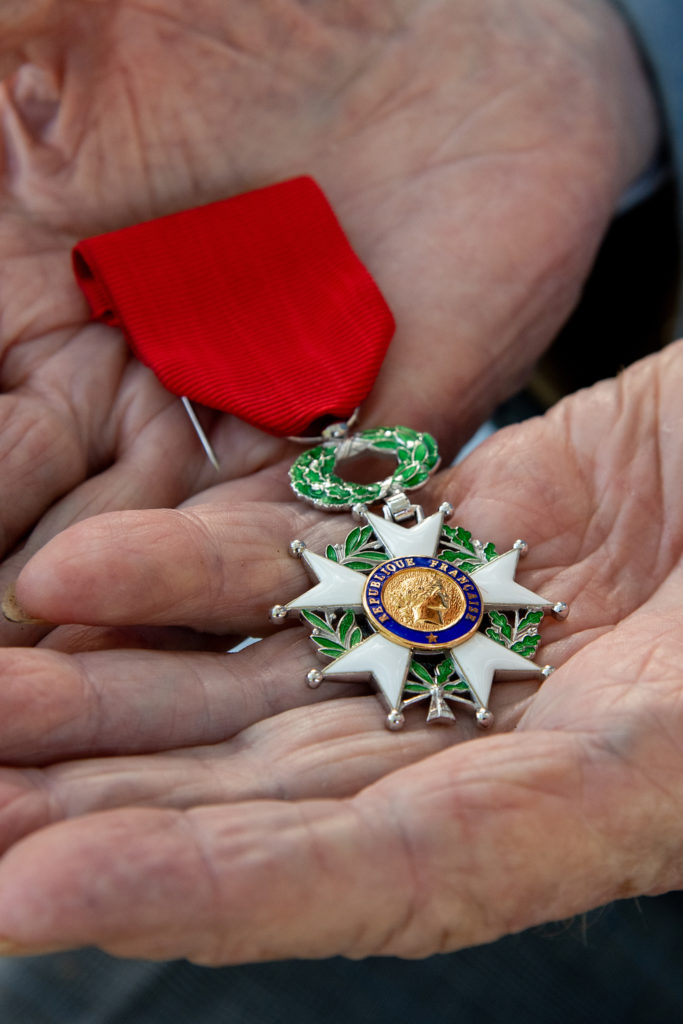 Buddy Oswald, who practiced law with the Ayers, Cluster Law Firm for 18 years and then taught high school for 17 years, fondly recalls days of hunting, fishing and coaching football with his dad. In noting business and civic accomplishments, he says his dad has been a member of the Kiwanis Club of Ocala since the mid-1950s and that, “the camaraderie of the members and the service to the community have been, and still are, a big part of his life.

“He is an agriculture man who became a banker,” Lynne remarks. “He was proud he was able to get a policy changed at the bank so the women employees could use their sick leave when their children were sick. That really is him, he takes a situation that needs improvement and improves it the best he knows how. I think one of his hallmarks was that he realized change needed to happen and he was very progressive in helping lots of areas of the community.”

She recalls one incident that, for her, defines his integrity.

“In high school there was a tradition of senior skip day and parents would write a note saying their kid was sick so they wouldn’t get in trouble. Some friends invited me to a ski party at Lake Weir, and I was dying to go, but my father would not write the note. He said, ‘I did not tell you that you could not go, I just told you that if you make the decision to go, I’m not going to lie for you with the school.’ That’s my dad!

“When I was a girl, one of the radio stations had a contest for Father’s Day where you could win a leather recliner for your dad by writing a jingle as to why he was the greatest. I remember my jingle to be, “My dad’s the greatest, he is always happy, never sad, I’m so glad he’s my dad.” We had that green leather recliner in our family room until it just fell apart. And, over 50 years later, I still think he’s the greatest dad.”

Circling back to the French Legion of Honor, while there typically would be a public celebration, Buddy says the COVID-19 coronavirus put the kibosh on that for a bit but that friends are making plans for “some kind of celebration or presentation in the future.”

In the meantime, Doug Oswald is content to walk beneath his prized chestnut trees, a special gift from UF researchers, and say hi to neighbors near his home in southeast Ocala.

“It’s been a very good life. I’ve enjoyed it,” he drawls. “And I enjoyed raising my family in Ocala. It turned out to be a really good place to live.”