Picture the bat. Nocturnal, he rests by day in out of the way or abandoned places. He’s upside-down and likely not alone if he’s a colony-dwelling creature. At night, he and others dart around, sending out ultrasonic cries to track prey. The flying mammals, more closely related to primates than rodents, are out for food—but not for blood.

Hollywood hasn’t helped the bat’s reputation, says Cyndi Marks, who runs the Florida Bat Conservancy in St. Petersburg, but she says it’s more than that.

“People have a natural fear of the dark, so it was pretty easy to develop fears of bats. Not too long ago, people didn’t have electricity and didn’t know what was flying around.” 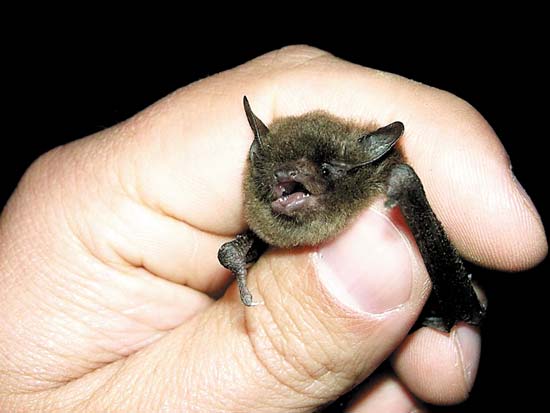 She says superstitious run deep. Some people even believe that because certain bat species live in caves, they must have something to do with the “underworld.”

Dr. Holly Ober, an assistant professor of wildlife ecology for the University of Florida in Quincy, details other common superstitions:

Bats commonly get entangled in your hair. This is an extremely rare occurrence as bats typically avoid people. They use echolocation (a process of emitting ultrasonic calls and listening for echoes to bounce back) to determine the location of both obstacles and potential food items. This very precise technique allows bats to find and capture insects less than one-inch in length, so avoiding a person’s head of hair is quite simple by comparison.

Many bats suck people’s blood. In reality, only three out of the nearly 1,100 species of bats on the planet consume blood. None of these species is found in the U.S.

Also helping to educate is 34-year veteran teacher Lynn Crawford of Bushnell, who usually adds bats to her fourth-grade curriculum around Halloween.

“Students have such bad misconceptions,” she says. “I wanted to get past that. If you can get them interested in nature and the environment, it makes them a better person and a better student.”

Lynn’s students at Bushnell Elementary School study echolocation and make a “bat box” and a little brown bat mobile. One year, they even visited the Lubee Bat Conservancy, a conservation research and training facility in Gainesville.

The process has helped Lynn’s students get comfortable with bats, and the progress was most apparent when a big brown bat hid out in the cafeteria vent, scaring the lunchroom workers when it flew out.

The bat, thankfully, made it outside. (See sidebar below “Going Batty?” on what to do with unwelcome visitors.) 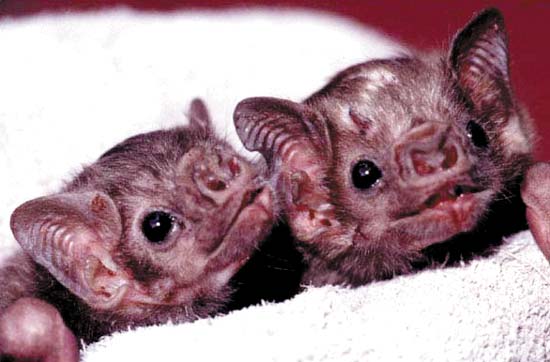 “PEOPLE LIKE MANATEES AND PANTHERS,
BUT NOT A LOT THINK OF THE LITTLE BAT
AND REALIZE HOW AMAZING THEY ARE.”

Reports by the Florida Fish and Wildlife Conservation Commission list several local areas as Southeast-ern Bat Maternity Caves, including the Sumter County Cave Site near the Withlacoochee River and the Catacombs Cave Site and Jennings Cave Site in Marion County.

Though bats don’t always use it every year, Tucker says one cave in Sumter is occupied.

“We primarily consider it a maternity cave,” she says. “It’s very good for them—very safe and very humid, which the young need.”

Maternity season lasts from April 15 to Aug. 15. Tucker and Marks both ask the public to leave the bats alone during this time.

Marks, whose Florida Bat Conservancy answers questions and runs education programs and res-cues, also does exclusions—but not during the maternity season when they could interrupt birth or even trap the young inside the walls.

“We advise people of the safe way to get bats out of building,” she explains. “Brazilian free-tailed bats may congregate in a colony of 500 or even 1,000, and may eat half the town’s insect population.”

If those bats were poisoned, which is illegal, the results would be catastrophic for the population.

Brazilian free-tailed bats have only one young “pup” a year. Being mammals, these pups consume milk—for a time.

Ober says the public should know that bats are important predators of nocturnal insects. They consume many insect crop pests.

“Nearly all the bats in Florida are insectivorous,” she says. “The most commonly consumed insects are moths, beetles, and flies.”

TO DEAL WITH THE very real threat of prohibitive human contact and habitat depletion, bat houses are being erected. The University of Florida counts its bat house as the biggest in the nation, and possibly the world. One bat organization, Fly By Night in nearby Osteen, films its two occupied bat houses and puts the clips online.

Instructions on how to build bat houses can be found on Bat Conservation International’s Web site or through the University of Florida’s extension sites. Fly By Night and Florida Bat Conservancy also sell them.

“There’s no way to really attract bats,” says Marks. “Bat houses need to be in the open, with a free standing pole.”

A Lakeland office oversees the 9,369-acre Hilochee Wildlife Management Area in Lake County and con-tacted Florida Bat Conservancy to do surveys and to help them with bat houses. The non-profit surveyed ponds, which Marks says often yields good results, and set up bat detectors, which “reads the calls into the computer and does a sonogram of an echolocation.”

Tucker says she admires people like Marks immensely for helping the often-misunderstood creature.

“I have a special place for bats,” says the biologist, who specialized in mammals and became interested in the flying kind with one of her first projects for Florida Fish and Wildlife. “Places like the Florida Bat Con-servancy do a tremendous amount of good and are really rare.

“Lots of people like manatees and panthers,” she continues, “but not a lot think of the little bat and realize how amazing they really are.” 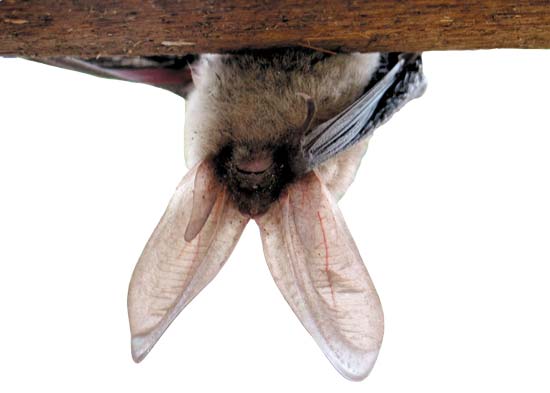 1. The presence of a stray bat may indicate a residence is not weather-tight. Bats can crawl through an opening three-eights of an inch wide, so be sure all attics and crevices are secured.

2. If a bat comes through accidentally, open a window, then darken and seal all other openings in the room. An hour after dark, the bat should already be gone, having detected a way out with its sonar.

(If you must pick it up, wear leather gloves since the normally non-aggressive animal may bite in self-defense.)

3. If a bat problem is detected, keep watch on the house 30 minutes before sunset and 30 minutes after. Bats leaving the dwelling should reveal the problem area, whether an attic vent, a chimney, or crevices in siding, eaves, or window sills. Close all but the primary entrance, where a one-way door can be installed. If after three or four nights the bats are no longer a problem, seal the opening.